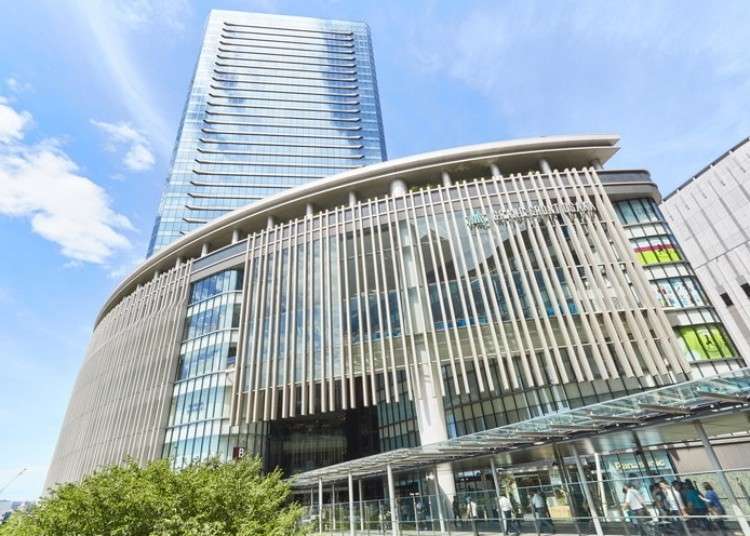 Here are the best Shopping Malls in Osaka, with travel tips and more, according to LIVE JAPAN, a top-class travel website for visitors to Japan. Our ranking is based on the most popular pages viewed by foreign visitors in a given category.

For instance, NAMBA PARKS, NAMBA SkyO, OSAKA STATION CITY and other related spots will be listed. Be sure to check them out during your visit to Osaka! 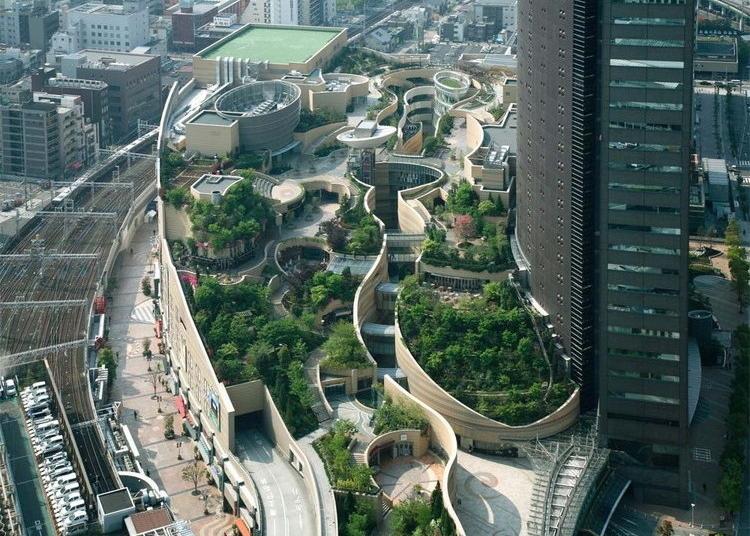 Located conveniently close to Namba Station, which you can access directly from Kansai Airport by the Nankai train line, Namba Parks is an eco-friendly shopping mall that features a vast rooftop garden that offers an oasis of nature in the heart of urban Namba. The venue hosts a variety of events each season, such as a large illumination attraction, a travelling zoo, and firefly viewing. Inside, you'll discover about 250 stores, including the largest cinema in Osaka City, popular specialty shops, high-quality apparel, general goods, cosmetics, restaurants, and cafes. What's more, not only is there a tax-free counter and free Wi-Fi connection, but businesses also accept various credit cards, including China Union Pay card, and deal with QR settlement services such as Alipay and WeChatPay—ideal for overseas visitors. 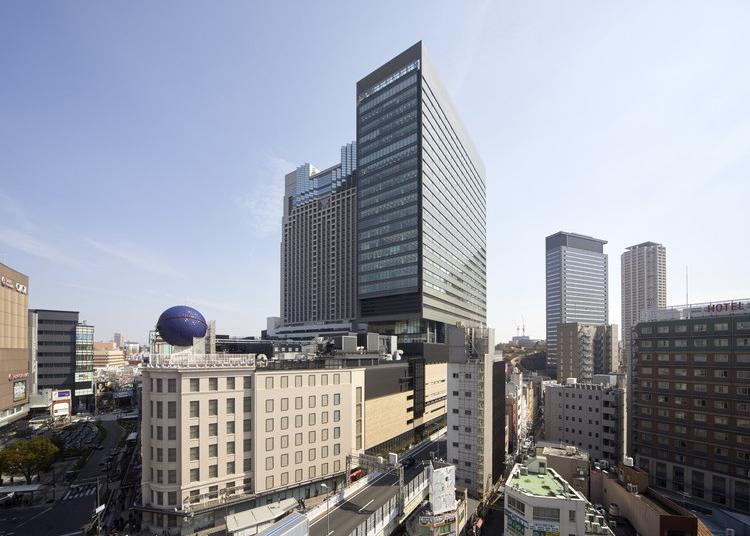 Namba, where Japan and the world connect.

Enjoy the special master craftsmanship by Japanese artisans to your heart's content.

NAMBA SkyO, bringing together the very best of Japan.

Meeting the demands of the Namba area, NAMBA SkyO consists of large sophisticated offices, major clinics that deal with advanced preventive healthcare, and an urban convention hall. It comes with facilities sharing information and other services to host visitors from inside and outside Japan. As a hub for international exchange where people, products and events intermingle, NAMBA SkyO makes it possible to create interactive communication geared toward the future—from Namba, Osaka to the world, and from the world to Namba, Osaka.

This is the largest integrated commercial complex in western Japan. Centering around JR Osaka Station, the OSAKA STATION CITY features the fashion building LUCUA Osaka on its northern side, and the department store Daimaru Umeda, Hotel Granvia Osaka and the restaurant zone Umaimono Plaza in its southern section.

Here, you can shop for all sorts of souvenirs such as cosmetics and Japanese and Western confectioneries. If you're hungry, there's an enormous variety of Japanese restaurants and international restaurants to choose from.

Within OSAKA STATION CITY, there are ten distinct plazas, including ”Toki-no-hiroba Plaza(Time and Space Plaza)” characterized by its giant dome-shaped roof spreading over the station; ”South Gate Plaza,” where you can see the water clock that is Japan's only clock chosen for ”12 of the world's most beautiful clocks” on CNN's website in 2014; and ”Tenku-no-noen Farm (Sky Farm),” an oasis where you can connect with nature in the heart of the city. Various seasonal events such as concerts and illumination take place in these plazas, making them attractions to the complex. 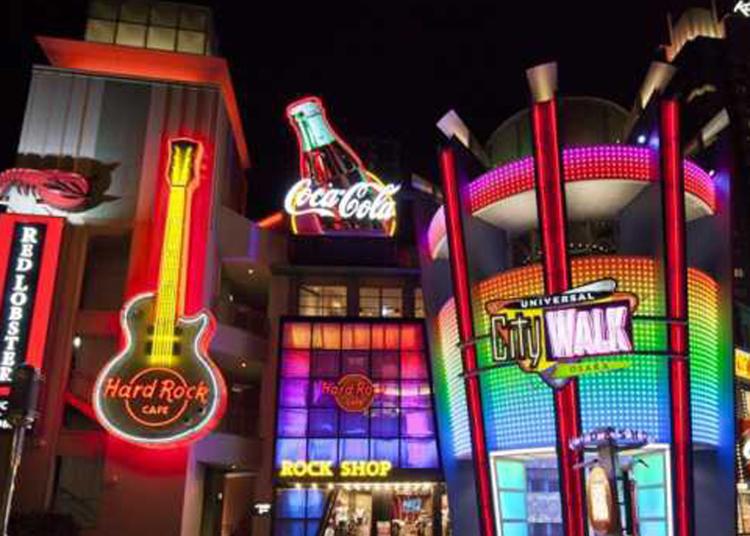 Universal Citywalk Osaka is an entertainment business facility directly connected to Universal Studios Japan™. The townscape is a piece of Americana with an array of unique restaurants and shops.

Directly connected to Tennoji Station, Tennoji MIO consists of the main building and the plaza building. The complex offers some 360 stores, including hugely popular specialty stores, supermarkets, pharmacy and cosmetics stores, everyday goods, and furniture shops. Around 100 of these are grocery stores and restaurants, and about 180 stores tax-free stores, so it's especially convenient for shopping.

What's more, there are plenty of services convenient for overseas visitors such as free Wi-Fi spots, ATMs that accept overseas credit cards, and baggage lockers. There is even a post office, so you can ship things you bought here directly to your home!

On the restaurant floors, you can savor various gourmet foods including Japanese dishes like yakiniku (roasted meat), sushi, and tempura, and Osaka specialties such as okonomiyaki (Japanese savory pancake) and kushikatsu (deep-fried pork on a skewer), as well as sweets such as pancakes and fruit tarts. 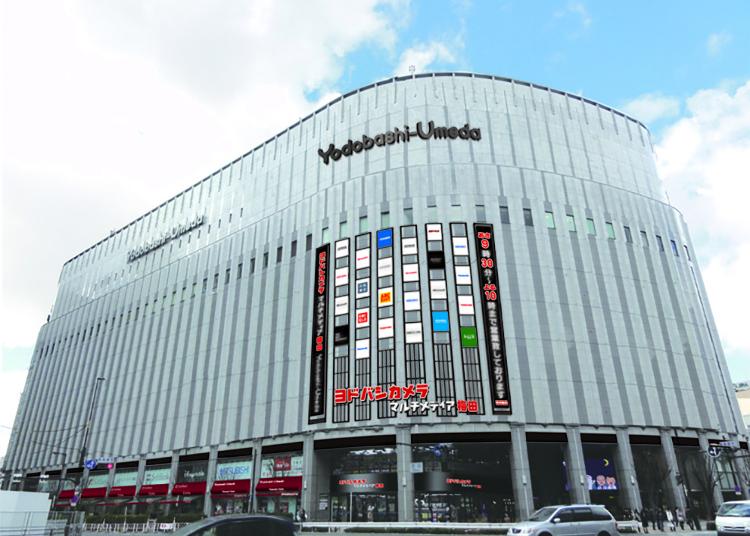 Yodobashi Umeda was opened in 2001 in front of JR Osaka Station as a commercial complex. Yodobashi Camera Multimedia Umeda, which sells products including digital cameras, computers, audio video systems, games, and household electronics, is located on B2 to 4F. From 5F to 7F are fashion floors with stores offering clothes, general merchandise, and small items as well as relaxation services. 8F is dedicated to restaurants, and 9F to 13F are parking floors that can fit up to 1,000 cars. The building is home to one of Japan's largest electronic stores, and its spacious sales floors together with an overwhelming selection of goods have made it a highly popular destination for international tourists.

・Yodobashi Camera Multimedia Umeda boasts both the largest sales area and highest sales in Japan
Yodobashi Camera Multimedia Umeda takes up six floors of the building from B2 to 4F and has one of the largest sales area among electronic stores in Japan. It offers a wide selection of goods in its large building and is supported not only by local consumers but also visiting tourists. With information announcements made in English, Chinese, Korean, French, German, and Spanish in addition to Japanese, it offers a place for foreign tourists to shop in comfort.

・The restaurant floor offers a wide variety of stores serving dishes ranging from local Osaka specialties to international cuisines
The restaurant floor on 8F has stores offering Osaka specialties such as okonomiyaki and kushiage, in addition to other Japanese cuisines including kaiten sushi (plates of sushi served on a rotating belt), tempura, shabu-shabu, sukiyaki, ramen, and omurice (omelet rice). There are also various other restaurants such as izakaya and steak house, and Italian, Chinese, and Korean cuisines where visitors can enjoy different food for lunch and dinner.

”To a New Connection”

Overhead Railway that connect different cities take on a new role as a connector between people, creating a new district in the southern part of Nankai Namba Station.

Whereas the overhead railway of the Nankai Electric Railway connects cities and cities, cities and suburbs, this project of ”under the overhead railway,” with ”Connecting People” as its theme, aims to achieve a commercial zone consisting of highly playful stores where people with similar tastes and sensibilities interact. With this project as the starting point, the purpose is to add vigor to ”EKIKAN,” which lies between Namba Station and Imamiya-Ebisu Station, and encourage the urban development of Namba.

Connecting to Namba Station and directly accessible from Kansai airport via the Nankai train line, Namba CITY is home to around 230 shops such as fashion, cosmetics and general goods stores, restaurants, and cafes. In addition to a tax-free counter, there's a baggage storage service, a prayer room, and free Wi-Fi connection. Namba CITY's stores accepts various credit cards, including China Union Pay card, and deal with QR settlement services, such as Alipay and WeChatPay, making a it a popular shopping destination for overseas visitors.

”LUCUA osaka” is one of Japan's largest shopping malls, consisting of the west building ”LUCUA 1100” and the east building ”LUCUA,” which operate as a unit. With convenient and easy accessibility, it offers you a pleasant, relaxing shopping experience.

The keywords here are ”Gap,” ”Contrast,” and ”Marriage.” Uniquely blending different genres, this mall presents ”new value” through a fusion of the gaps and contrasts between the various products and shops.

Mainly targeted at fashion- and trend-conscious working women, LUCUA provides ”a luxury experience that you can enjoy in your daily life” and offers the opportunity to realize ”a sensitive, sophisticated lifestyle.” Being the No. 1 fashion building in the Umeda area, the center offers ”value found nowhere else.” 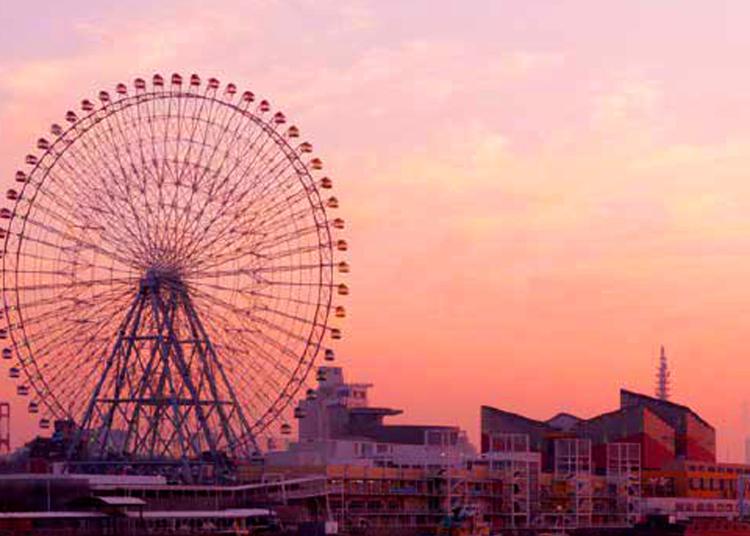 Tempozan Marketplace is a shopping mall directly connected to Osaka Aquarium Kaiyukan. You'll find around 80 shops there dealing in fashion, general goods, and Osaka souvenirs. Its ”food theme park” is another popular destination, and has a selection of famous Kansai restaurants.