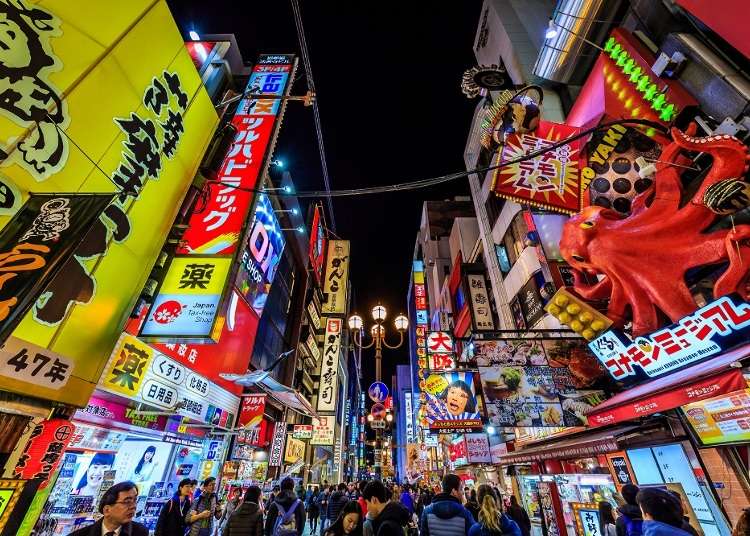 Osaka is one of the most popular tourist destinations in Japan, with plenty of attractions, hot-spots, delicious food, and more. From Osaka sightseeing tips to how to properly enjoy the local dishes, here are five things to keep in mind.

1. Know your Kita from your Minami! 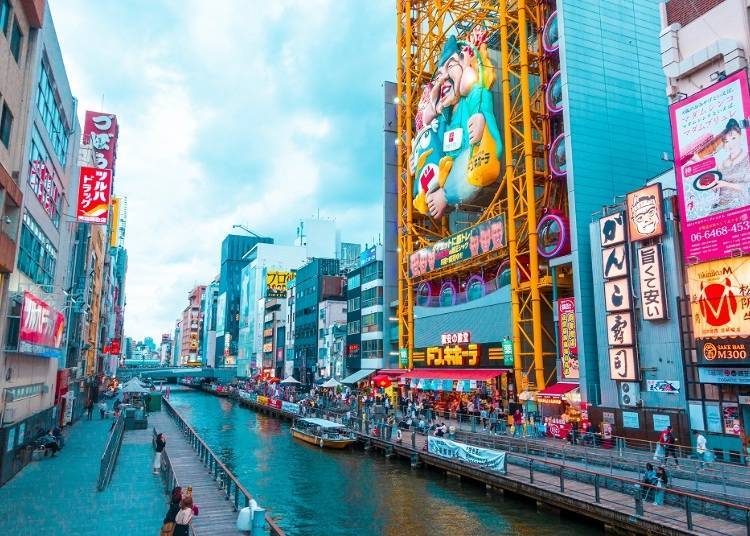 Looking for the lively, flashy areas of the city that are so often portrayed in photos and the media? Head south!

“Minami”, or “south” the southern city center of Osaka, is a particularly popular tourist attraction, especially around the JR Namba Station where the Osaka Metro and Nankai Electric Railway lines convene. Dotonbori is another symbolic spot of Minami, known for its restaurants, shops, and gigantic signboards that line the Dotonbori River. You can enjoy local cuisine and shopping, as well as cruising, in this area.

There are also several classic Osaka sightseeing spots within walking distance from central Namba. Be sure to check out the fresh, high-quality meat and fish available at Kuromon Market, the famous shops of Shinsaibashi-Suji Shopping Street, and the trendy used clothing and sweets shops that are all the rage amongst the youth in Amerika-Mura (the "American Village"). 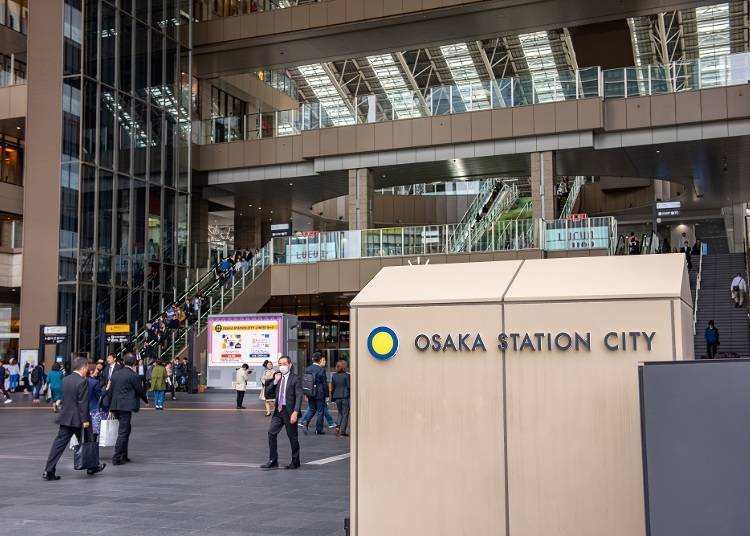 On the opposite side we have Kita, or “north”: the northern terminal area that sees many people come and go each day via the JR, Osaka Metro, and other major railway lines.

Umeda, the central area of the city, has developed as a major commercial zone centered around JR Osaka Station, and has come to be known as Osaka Station City. There are many commercial facilities that directly connect to the station, including BIC CAMERA, a consumer electronics retailer, as well as shopping malls and department stores. There are many entertainment facilities and restaurants as well, making this a highly recommended spot for a shopping day-trip.

Take a walk to the Umeda Sky Building, known for its rooftop views and unique architecture. Shin-Osaka Station is also just one station away, and is the gateway to other major cities in Japan, such as Kyoto and Tokyo. You can also catch the Shinkansen bullet train there.

2. Prepare yourself for the Umeda maze 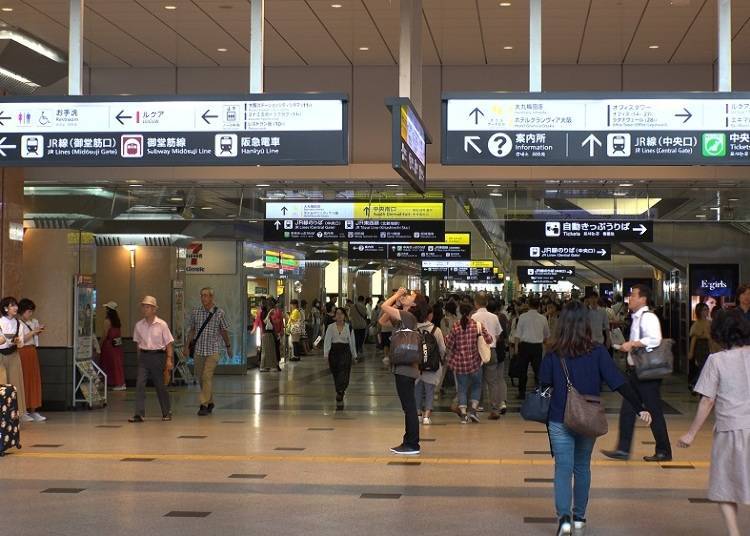 Central Kita's Umeda gives a whole new meaning to the term "tourist trap!" It is notorious as a spot where unfamiliar tourists sometimes, quite literally, get lost! Shopping malls abound not only in your average above-ground buildings but in these underground mazes as well, some visitors even liken the area to "a dungeon!"

However, once you learn how to navigate these underground concourses, you will find it rather handy for quick and easy passage to certain Osaka sightseeing places that are actually more difficult to access from above ground. Thankfully, there are plenty of information boards inside and around the station areas, as well as information desks and staff who can help direct you. 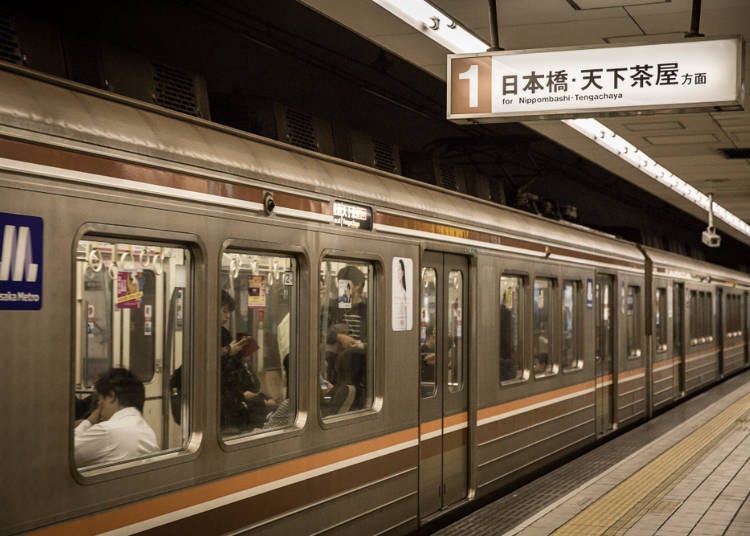 The Osaka Metro subway is perhaps the most convenient option for getting around Osaka. The stations along this line are the nearest stations to many Osaka sightseeing spots outside the city, including Osaka Castle, Shin-Sekai's Tsutenkaku Tower and Kaiyukan Aquarium, and the Expo '70 Commemorative Park. The Midosuji Line is an especially popular line for its convenience, connecting Central Kita's Umeda Station and Central Minami's Namba Station in a short, 10-minute ride.

4. Don’t stand on the wrong side! Opposite of Tokyo 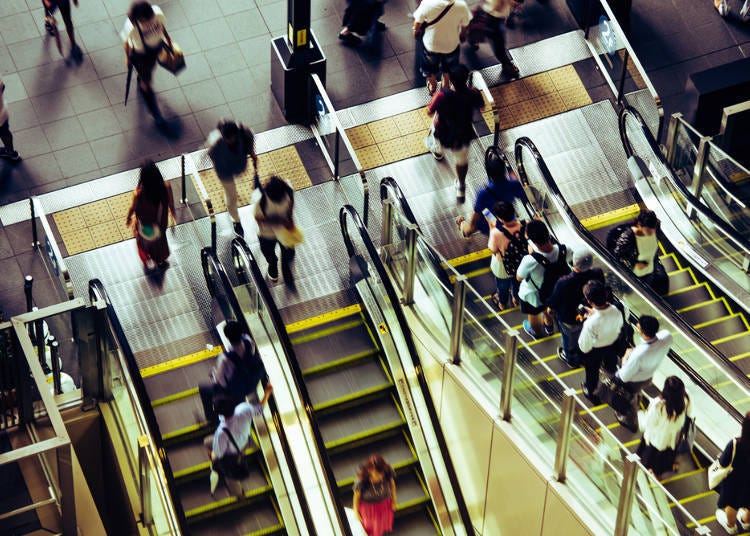 When riding an escalator in Osaka and other Kansai cities, it is customary to keep to the right, keeping the left clear for those in a hurry who want to walk. This custom is believed to have been started by a private Kansai railway company, and is opposite to other cities, such as Tokyo and Kyoto, in which rides generally keep to the left. Be sure to keep this in mind when using the escalators.

In recent years, people have developed the habit of coming to a complete stop when riding the escalator as a safety precaution, as rushing may lead to accidents and bumping into other people. In general, you should try to avoid walking up the escalator, riding patiently at a standstill, especially at stations and shopping areas that tend to gather big crowds. 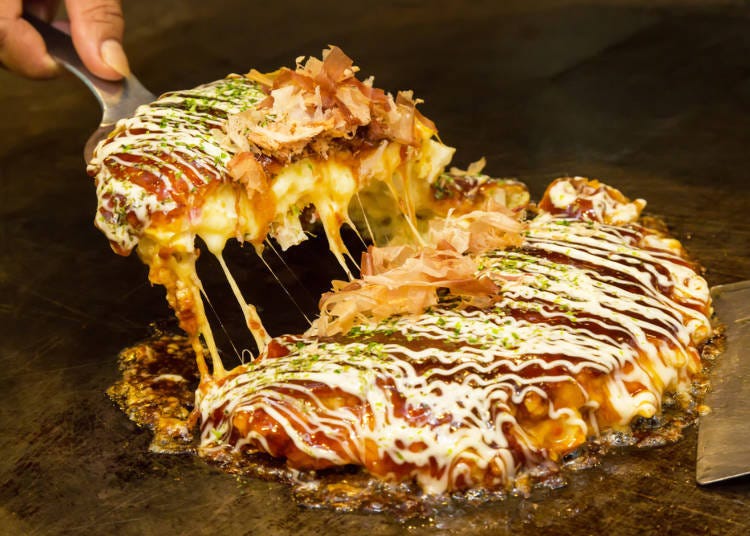 OK, so during their Osaka sightseeing, maybe tourists don’t exactly “miss” this one, but it’s often something people don’t realize until the very end of their trip – when they could have been feasting on these amazing dishes the whole time!

Okonomiyaki is a specialty local dished Osaka that has gained popularity with visitors from overseas. Many shops prepare this dish on iron plates at each seat, so it is really fun to watch them cook right before your eyes.

However, until the okonomiyaki is complete, under no circumstances are you allowed to touch it!

Do not poke or prod at it with your utensils or spatula until the staff gives you the OK. It is a bit impolite and also said to affect how its taste and quality will turn out. It takes about 10 minutes to cook to completion, so if you don't think you can wait, it may be a wise choice to order some side dishes!

However, some spots might let you cook the okonomiyaki yourself, so be sure to ask for help if you get stuck!

Also, keep in mind, the iron plate in use is very hot, as it is basically a grill. Be careful not to get burned, and avoid touching it with your bare hands. 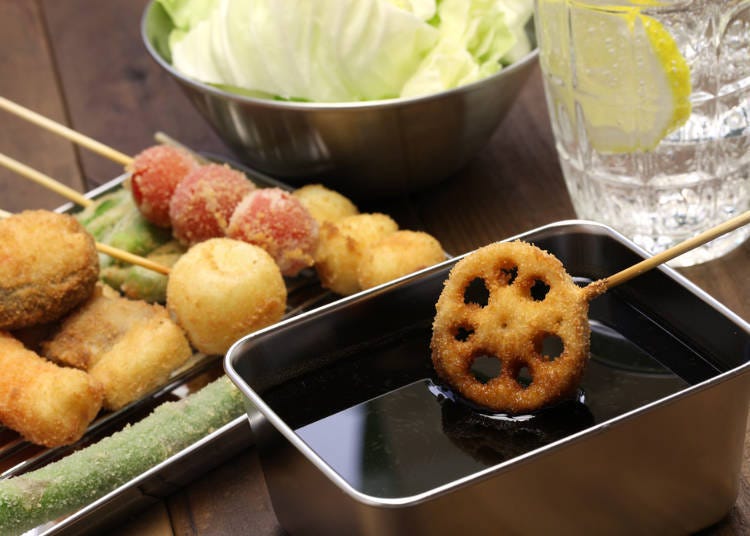 Kushi-katsu is another Osaka classic. This dish of individually skewered items has a good reputation amongst tourists thanks to its affordability and how easy it is to eat.

The most important rule when eating skewered items is by and far: "NO DOUBLE-DIPPING!" The dipping sauce at practically every shop is set up as pictured above, in open containers shared amongst customers to dip their individual skewers in. Because it is shared, double-dipping any item that you have already eaten from is STRICTLY PROHIBITED! Make sure to add as much sauce as you want the first time, because once you take a bite, there's no going back!

What People in Osaka Value Above All: Communication!

One last tidbit of useful information to know is: people in Osaka love to talk! During your Osaka sightseeing, you'll find it is not uncommon that people in the shops may try to start a conversation with you.

If you find yourself in this situation, please do your best to try to respond. You might even want to try to learn some common phrases in the Osaka dialect, such as "Okini" ("thank you") and "Maido" (a greeting that can mean "hello/goodbye/thank you").

The locals will certainly appreciate your enthusiasm, and even the smallest effort will not only show respect, but help you create unique, unforgettable memories that you may not get from Osaka sightseeing alone!

Embark on a Delicious Osaka Night Food Tour
Buy Universal Studios Japan Tickets
Osaka Amazing Pass — Visit Top Tourist Spots!
*This information is from the time of this article's publication.
*Prices and options mentioned are subject to change.
*Unless stated otherwise, all prices include tax.