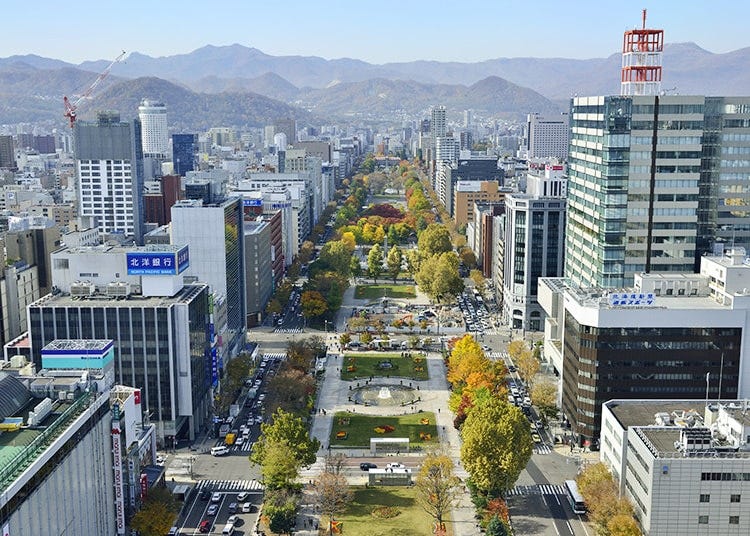 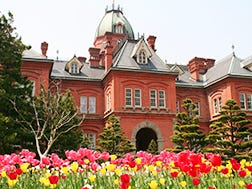 Located in the southwestern part of the Ishikari Plain lies Sapporo, the capital of Hokkaido Prefecture. Once the home of the Ainu people called “Ezo,” the prefecture was renamed to “Hokkaido” in 1869 and Sapporo was declared its capital. Legend has it that a judge called Yoshitake Shima climbed the Maruyama Hill and devised the concept for the city planning.
Sapporo boasts various famous dishes such as Sapporo Ramen and Genghis Khan, while sights including the Sapporo Clock Tower dot the city. During winter, the Sapporo Snow Festival enchants visitors with huge sculptures made of ice and snow.
The climate of the Sapporo area is that of the Sea of Japan. Summer is refreshing and has comparatively low humidity, while winter brings cold and snow. First snowfall happens in October and by December, there’s a continuous snow cover over the city. Between December and February, this snow cover tends to be 1-meter thick. If you visit Sapporo during winter, make sure to pack plenty of warm clothes.

Sapporo is the capital of Hokkaido and the largest city of the prefecture. It is dotted with interesting sightseeing spots, such as the Sapporo City Clock Tower and the Former Hokkaido Government Office. On top of that, the Susukino area and Tanuki-koji Shopping Street boast a lot of restaurants that serve Sapporo ramen, seafood, sushi, and many more dishes that the city is famous for. 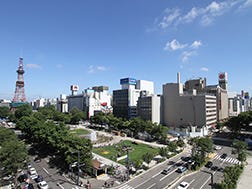 The heart of this area is the lush Odori Park, acting as the border between southern and northern Sapporo. With colorful flower beds and calming fountains, it’s an oasis of relaxation for both locals and tourists. East of Odori Park stands the Sapporo TV Tower, a famous landmark of the city. In the nearby Tanuki-koji Shopping Street, you’ll find various restaurants, souvenir shops, and bars. 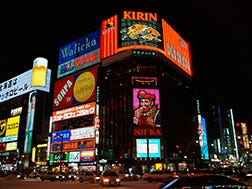 Hokkaido’s premier entertainment district. The neon-lit neighborhood is home to many a seafood pub, sushi shop, café, and bar, many of them serving local cuisine. It’s a bustling district both night and day. 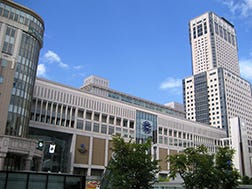 Sapporo Station is the gateway to Hokkaido. Large shopping facilities such as Sapporo Daimaru or Sapporo Stellar Place are directly linked to the station, always bustling with people. Especially abundant in souvenir shops, it’s the prime spot to find a memento of your trip. 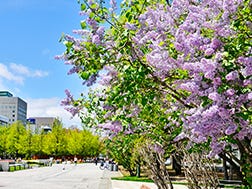 This event celebrates about 400 lilacs that blossom beautifully mainly in Odori Park. Look forward to a variety of activities, such as music festivals, open-air tea ceremonies, stamp rallies, and more. 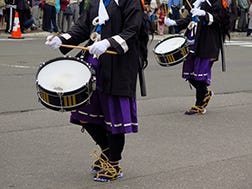 This traditional festival boasts a history of more than 100 years. At the shrine festival called “mikoshi togyo,” people wear traditional costumes of the Heian period (794 to 1185) and parade the streets with four portable shrines and eight floats, carrying the deity of Hokkaido Shrine. 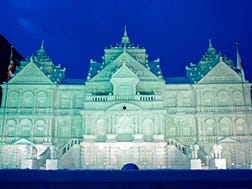 Sapporo’s main winter event draws in over 2 million visitors from both Japan and abroad. Numerous sculptures made out of snow and ice line up in Odori Park, beautifully lit up after sunset.

Take the JR Chitose Line Rapid Airport 121 bound for Otaru. After about 1 hour and 10 minutes, get off at Sapporo Station.

Take the JR Muroran Main Line Super Hokuto 7 bound for Sapporo. After about 45 minutes, get off at Sapporo Station.

Take the JR Hakodate Main Line Super Hokuto 11 bound for Sapporo. After about 3 hours and 48 minutes, get off at Sapporo Station.

Popular things to do in Sapporo / Chitose