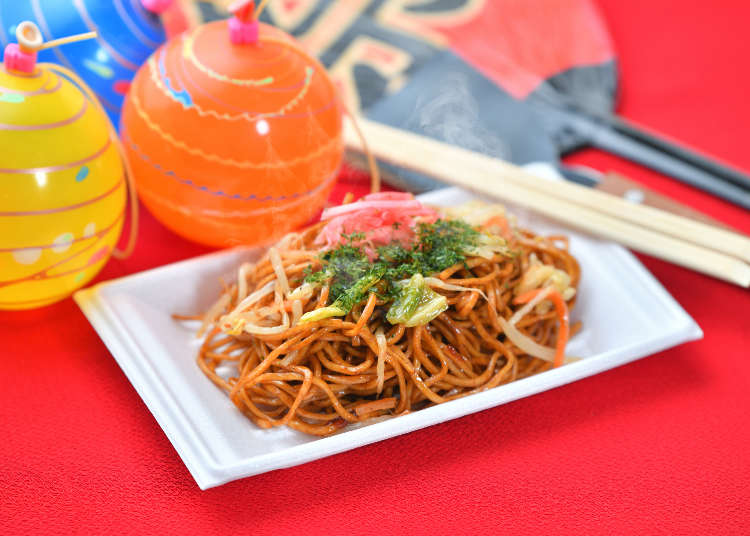 'The Way They Cook Octopus Balls...' Things That Shocked Tourists About Japanese Festivals

A special feature of summer in Japan are festivals (omatsuri). In recent years you can find more foreigners visiting large scale festivals held around the country and local festivals held at temples and shrines. It is a perfect place to feel and experience Japanese culture. We asked foreigners living in Japan what surprised them in Japanese summer festivals. Growing up in Japan, summer festivals are the norm, but to tourists, they're full of surprises. (The following are personal opinions of people who reviewed our interview.) 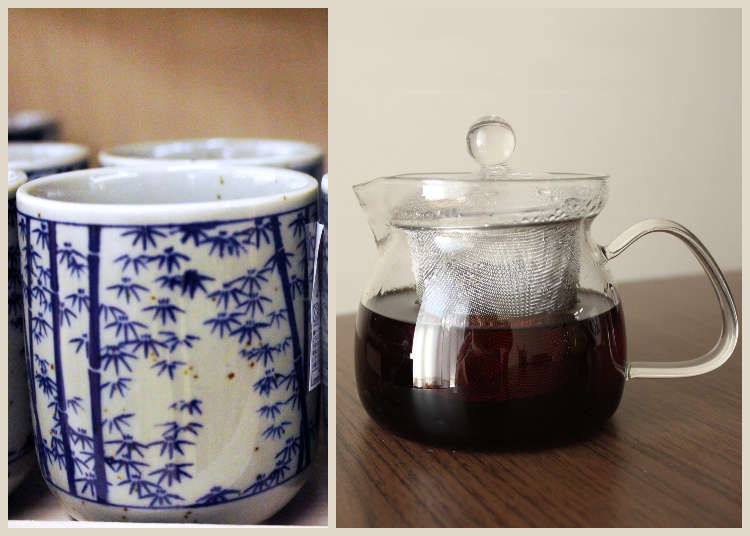 Whether it’s for souvenirs or gifts, you’ll definitely be going shopping in Japan. However, you might be worried about overspending, but still want to get some really nice things. That’s where Daiso comes in. Daiso is one of Japan’s most successful and popular hundred-yen stores – the equivalent of a dollar store, but better! Founded in 1977, the company has since grown to 3,376 stores nationwide, as well as a number of branches around the world, bringing the total to 5,542 worldwide. Now, although 100-yen items take the spotlight, Daiso has increased its product line to include a range of products at slightly increased prices in multiples of one hundred. Daiso is incredibly popular among tourists, thanks in part to their attractive prices and large variety of products, which includes kitchenware, snacks, calligraphy sets, and more. It’s almost too easy to swing by and grab a bunch of fantastic souvenirs and gifts for just a few coins, making it one of the best places to do cheap shopping in Japan. What might surprise you, however, is that they offer a large number of elegant, quality items that nobody would guess only cost a hundred or so yen. We went hunting for the fanciest items, and were surprised by what we found! We’ve started at the usual 100 yen, but to get really fancy you’ll have to loosen the purse strings a little and part ways with as much as 500 yen (gasp!) 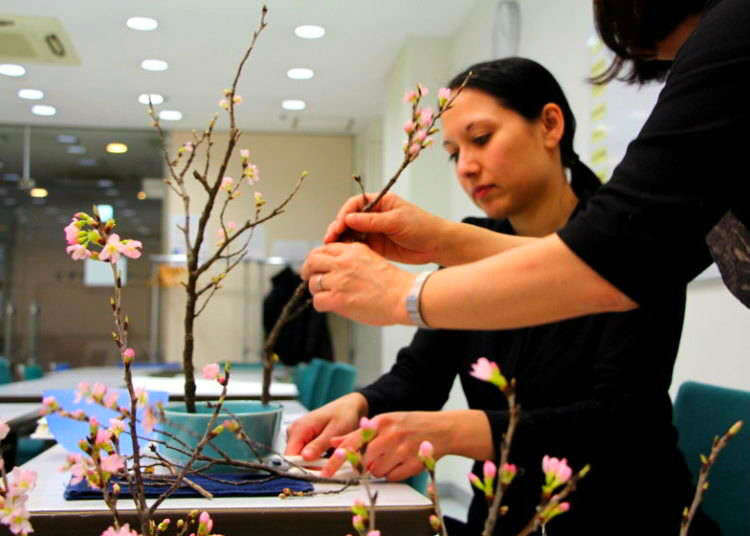 Learn the Art of Flower Arrangement at Ohara School of Ikebana

Ikebana, flower arrangement, is one of Japan’s most treasured art forms, a time-honored tradition that continues to be relevant even in today’s modern society. Beautifully arranged flowers and plants have permeated Japanese culture in a way that is seldom found in others. The Ohara School of Ikebana has played a major part in keeping the tradition alive, through its many schools in Japan, as well as its 59 chapters abroad, with over 300,000 members worldwide. The beauty of the Ohara School is not only in its floral arrangements, but its ability to share the culture of ikebana with the world. I visited the Ohara Center of Tokyo to try an ikebana class to learn more about this traditional art form. 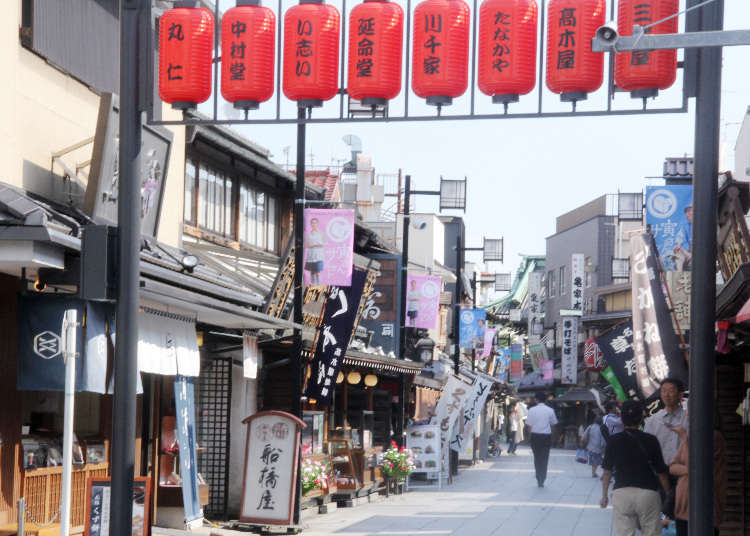 Among Tokyoites, Shibamata is known as the city’s most nostalgic neighborhood, a place with a warm atmosphere that lets you forget the hustle and bustle of the metropolis for a while. It’s a “shitamachi,” one of Tokyo’s old towns that still bear a close resemblance to Edo, one that has a special place in the heart of many a Japanese person. The long-running TV film series “Otoko wa Tsurai Yo,” or it’s tough being a man, was filmed here as the main protagonist’s much-beloved home. The center of the neighborhood is dominated by the magnificent Shibamata Taishakuten, a Buddhist temple founded in 1629. Beautiful sculptures and a calm Japanese garden invite to a leisurely sightseeing stroll. The approach to the temple is a scenic street – a lot livelier than the tranquil temple - dotted with numerous shops, stalls, and restaurants, selling delicacies typical for the area such as una-ju (eel on rice in a lacquered box), kusa dango (mugwort dumplings), and senbei (rice crackers). Located in Tokyo’s northeast, Shibamata is a mere 30-minute train ride away from popular Asakusa, offering an entirely different taste of Tokyo’s old days. 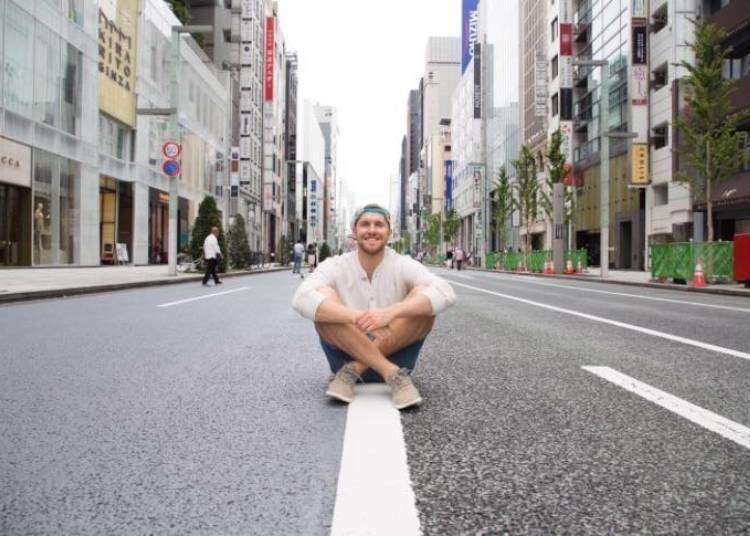 Beyond the Guidebook - 5 Expats Share Their Favorite Secret Spots in Tokyo!

Tokyo endlessly remains a mysterious city even for those who have lived here their entire lives. Every crevice seems to hold a hidden treasure, some that aren’t marked by a sign or even show up on Google Maps. From timeless local bars to hip new hangout spots, eateries, and nightlife, we asked five Tokyo expats to share their favorite places around Tokyo that are often missed in guidebooks and visitor recommendations! 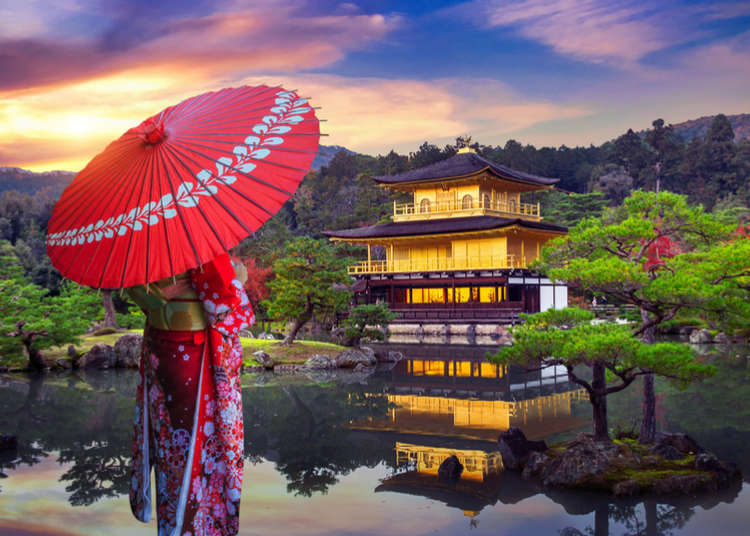 Japan is an increasingly popular tourist destination for visitors from all over the world. In fact, by 2020, the country is aiming for 40 million tourists! The country offers more beautiful landmarks than one could visit in a lifetime, as well as culture, tradition, innovation, great food, and entertainment. Japan is also home to a number of National Treasures and globally recognized UNESCO World Heritage Sites scattered all over its territory. These locations are gorgeous, and are all worth visiting. But time is always running against you when you're visiting Japan, and it can be tough to choose what to add to your itinerary. So to help you make your choice, we compiled a list of the most popular UNESCO World Heritage Sites in Japan, according to number of photos on Instagram, as well as the top 10 National Treasures! 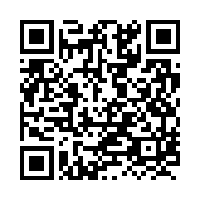 Also available on your smartphone.
Make the most of our contents by browsing LIVE JAPAN with on your phone! Why not switch to mobile right now?https://livejapan.com/en/in-tokyo/