HOME National Holidays in Japan (2023): Event Calendar and When to Expect Crowds 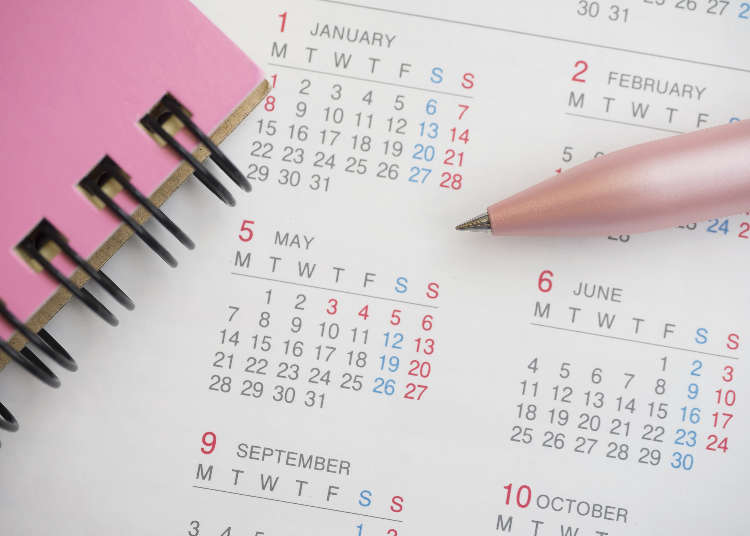 National Holidays in Japan (2023): Event Calendar and When to Expect Crowds

Did you know that, despite the reputation as hard workers, Japan has many public holidays? So, when exactly are Japan’s public holidays? And how many do they have in a year? When planning your trip to Japan, this is all you should know - lest you encounter crowded venues and booked-out hotels!

To prepare, read our detailed overview of the Japanese public holiday schedule and recommendations for the best season to travel to Japan.

What are public holidays in Japan? 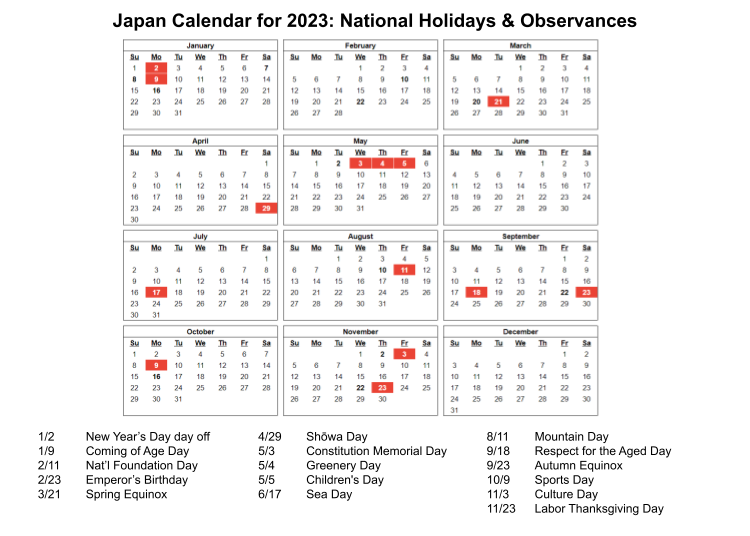 Japan celebrates 16 public holidays a year. Many businesses and stores will close for these days, along with the summer vacation period of Obon, New Year’s shogatsu, and Golden Week.

However, this depends on the type of business, as many large stores and such will remain open all year, with the exception of New Year’s Day. This includes Japan’s famous (and ubiquitous) convenience stores, meaning that no matter when you visit, you’ll always be able to do some form of shopping.

Note: Those with a "★" symbol are public holidays. 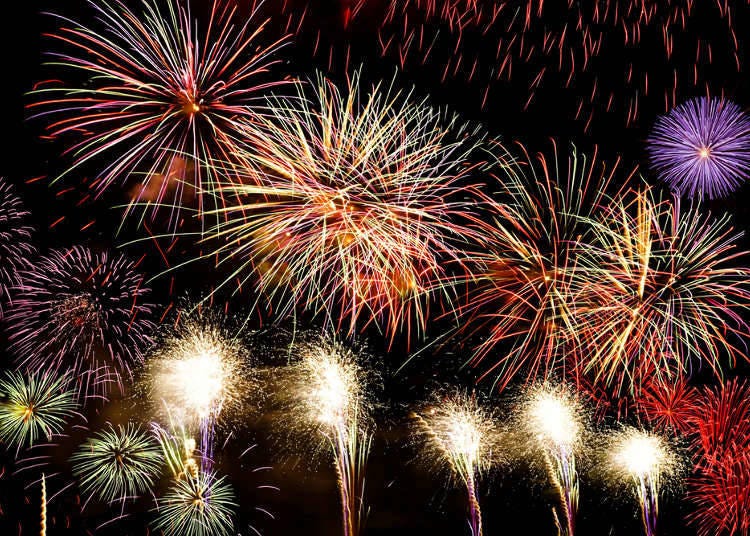 The most event and holiday-heavy time in Japan is the 2-month period in summer between July and August.

School is out for the summer holidays, and numerous festivals and fireworks shows are held all throughout the country.

There are also four long vacation periods with consecutive public holidays in Japan - Golden Week in May, Obon in mid-August, Silver Week in mid-September, and New Year’s from the end of December until January 3.

During these times, hotels will become more expensive, and roads, trains, and popular tourist areas will be crowded.

While Golden Week happens each year, Silver Week only occurs when the timing of the weekend with Respect for the Aged Day, the Autumnal Equinox Day, and another public holiday all line up.

In 2023, there will not be a 5-day stretch of holidays, but many are expected to take off in mid-September for weekend breaks. 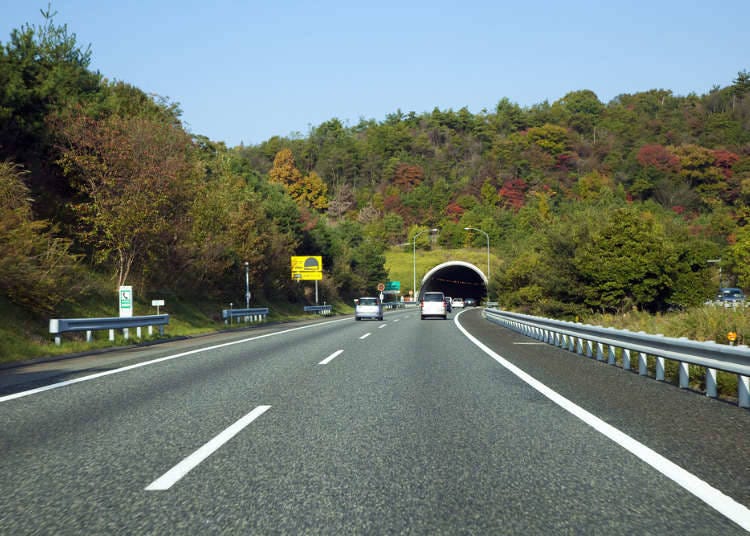 The off-season in Japan refers to the periods in between these consecutive holidays. For spring and summer, this will be from the end of Golden Week until Marine Day on the third Monday of July.

For those who wish to avoid crowds in winter, we suggest visiting Japan after Coming of Age Day on the second Monday of January. 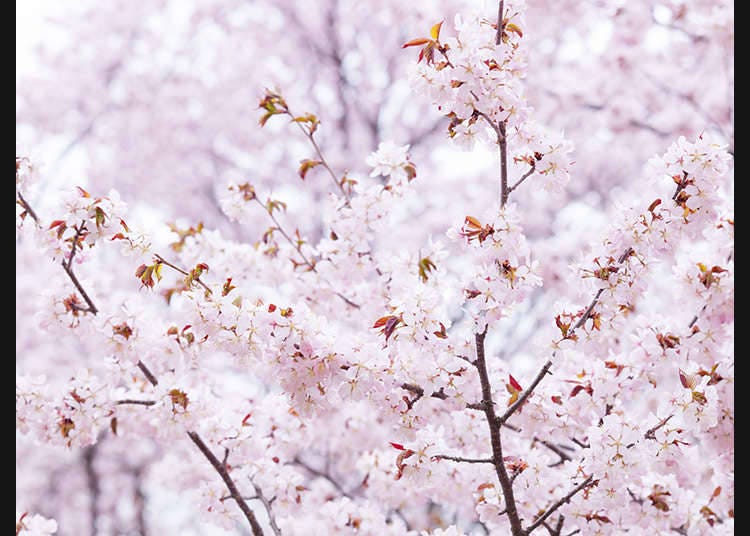 Hinamatsuri (ひな祭り): March 3
This annual celebration sees Japanese people pray for the healthy growth of young girls. As this is also when the plum trees bloom, it is also known as the “plum festival.”

Many households with young girls will display “hina” dolls between early February until the day of the celebration on March 3. Foods like traditional Japanese sweets called “hina arare” along with chirashizushi, clear soup with clams, and more will also be served.

White Day (ホワイトデー): March 14
In response to gifts received on Valentine's Day, men will give women a present or treat them to a meal on White Day. Popular gifts include marshmallows, candy, and cookies.
While in Japan, many also hand out “obligation chocolate” on Valentine’s Day to coworkers or distant friends, you probably don’t need to return all of it on White Day.

★Vernal Equinox Day (春分の日): March 21
This holiday marks the turning point of spring. The date is not decided by law, but is instead announced by the National Astronomical Observatory of Japan each February of the preceding year. It is intended as a day to give thanks to nature and the ecosystems around us.

★Showa Day (昭和の日): April 29
This day celebrates the birthday of Emperor Showa and was formerly referred to as Greenery Day or the Emperor’s Birthday. Many businesses will start Golden Week from Showa Day, taking an extended vacation until early May.

★Constitution Memorial Day (憲法記念日): May 3
This public holiday was established to memorialize the enacting of the Constitution of Japan on May 3, 1947 after WWII. The period between May 1-7 is known as “Constitution Week,” and courtroom viewings and other activities to enlighten people about the constitution are held throughout Japan.

★Greenery Day (みどりの日): May 4
This public holiday was created to encourage residents to be grateful for the blessings of nature and to think about the relationship between humans and the environment. For this, many National Parks throughout Japan will allow free entry for the day. For the latest info, check official websites.

★Children's Day (こどもの日): May 5
A public holiday for residents to pray for the healthy growth of children. During this time, it’s common to spot “koinobori” flags in the shape of carp, which represent success and growth, hung up around homes and parks while families gather to celebrate.
There is also a tradition to bathe in water filled with irises, which is believed to purify the heart and body. People in the Kanto region will eat kashiwamochi, while those in Kansai prefer chimaki.

Mother's Day (母の日): May 14
Mother’s Day in Japan is always held on the second Sunday of May and is intended to show gratitude toward mothers. Like in America, Japanese people will often give their mothers carnations. Some restaurants and hotels also offer special Mother’s Day deals. 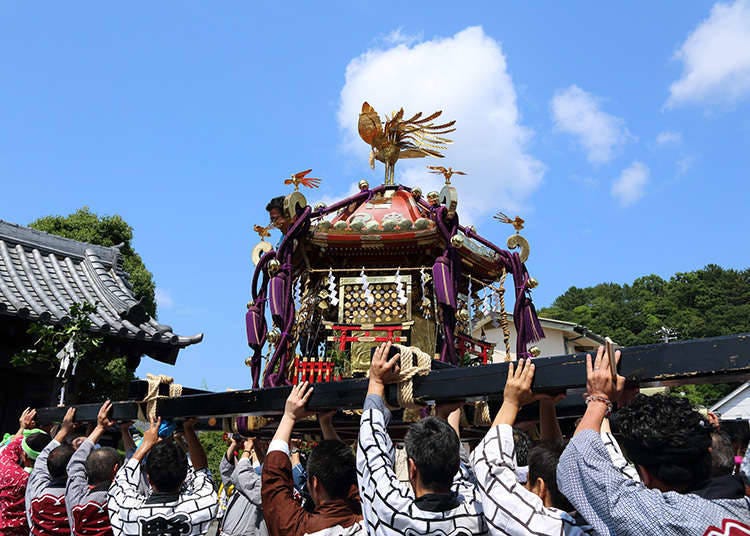 Tanabata (七夕): July 7
On Tanabata, people will write their wish on a thin strip of paper called “tanzaku” and string it up on bamboo. The legend behind the holiday states that the two separated lovers, Orihime and Hikoboshi, meet once a year on this date as they cross the Milky Way.
Tanabata events are held all throughout Japan, with the three biggest being the Sendai Tanabata Festival (Miyagi), Shonan Hiratsuka Tanabata Festival (Kanagawa), and the Ichinomiya Tanabata Festival (Aichi).

★Marine Day (海の日): July 17
Marine Day is held on the third Monday of July. Along with giving thanks to the ocean, it is a time to pray for the growth and development of the island nation that is Japan. With July being in the middle of summer, many beaches will open starting from Marine Day, resulting in coastal trains and roads becoming packed, so keep this in mind when planning your trip.

Day of the Ox (土用の丑の日): July 30
Using Japan’s ancient dating system, the Day of the Ox comes around four times a year, with only the summer date still currently celebrated. On this day, many will eat eel, a tradition that has continued since the Edo period. Supermarkets will sell eel kabayaki and eel trays.

★Mountain Day (山の日): August 11
This public holiday celebrates blessings from the mountains of Japan. Being a country surrounded by ocean and crowded by mountains, the phrases “ocean bounties” and “mountain bounties” are commonly used.

Obon (お盆): August 13-16
Obon is a period to pay respects to one’s deceased elders and ancestors. During this time, numerous fireworks displays are held throughout Japan, which is said to have begun as a ceremony for the repose of departed souls.

Many companies will align their summer holidays with Obon, and many people will return to their hometowns to be with family and relatives. As a result, it may be prudent to book Shinkansen tickets and hotels in advance, to avoid getting caught up in the rush. 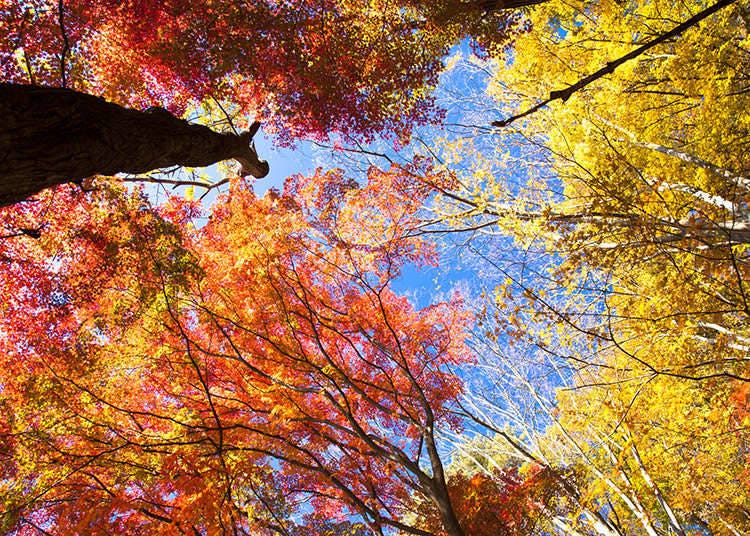 ★Respect for the Aged Day (敬老の日): September 19
This public holiday is held on the 3rd Monday of September to pray for long lives and show gratitude towards elderly people. Children and grandchildren will often give presents to their grandparents, while those who have reached the age of 100 will receive a silver cup from the government.

★Autumnal Equinox Day (秋分の日): September 23
A day indicating the start of autumn. As with the Vernal Equinox Day, it is decided each year by the National Astronomical Observatory of Japan. The week around Autumnal Equinox Day is known as Autumn Equinoctial Week, and many will hold memorial services for the deceased and visit graves.
As “ohagi,” a kind of mochi with anko beans inside, are offered to one’s ancestors, many supermarkets and businesses will stock it.

★Sports Day (スポーツの日): October 10
Held on the second Monday of October, this day commemorates the 1964 Summer Olympics held in Tokyo. Many schools and communities will hold athletic games to promote health through sports.

★Culture Day (文化の日): November 3
Held to celebrate the promulgation of the Constitution of Japan on November 3, which emphasizes peace and culture. Galleries, museums, and other cultural centers will often offer free admission, so look out for this when visiting in autumn.

★Labor Thanksgiving Day (勤労感謝の日): November 23
A public holiday that arose from the harvest festivals held since time immemorial that developed into a day promoting worker’s rights. Many supermarkets and restaurants sell beer sets as a way for people to show their appreciation.

Autumn in Japan: Fall Foliage Forecast & Where to Enjoy the Colorful Leaves 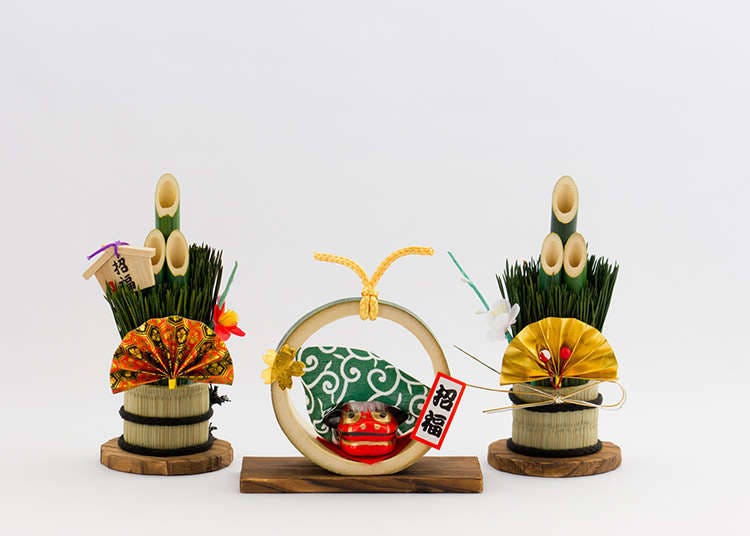 Christmas (クリスマス): December 25
Christmas is not a public holiday in Japan, however, it is extremely popular as a yearly celebration. From mid-November onwards, numerous hotels and shops will put up Christmas trees and streets will be colored in a jolly mood. Rather than eating turkey, fried chicken is the way to go in Japan, with KFC being the standard choice.

New Year's Eve (大晦日): December 31
In Japan, New Year's Eve is called “omisoka.” Since ancient times, it has been celebrated as an auspicious day, with many digging into a bowl of lucky “toshikoshi soba” to celebrate.
At night, temples will ring large bells in Buddhist ceremonies, which resound all throughout the nation. Famous temples will see massive lines of locals visiting from midnight to all throughout the week, praying for a good new year. Some restaurants and shops will close from around December 29, so take this into account when visiting.

★New Year's Day (元旦): January 1
The Japanese “shogatsu” New Year period starts from January 1 of the Gregorian calendar. Events to celebrate last for several days to even weeks after, with the majority of companies and small shops closing for the first three days, called “sanganichi.” In 2023, January 2 has also been designated a public holiday, as New Year’s Day will fall on a Sunday.

★Coming of Age Day (成人の日): January 9
Held on the 2nd Monday of January, Coming of Age Day is a celebration for those who have turned 20. During the day, the local municipalities will hold “seijinshiki” festivals for all the new adults in the area, who don bright, flamboyant kimonos or formal suits.

★National Foundation Day (建国記念の日): February 11
This public holiday celebrates the founding of Japan by Emperor Jimmu on February 11, 660 B.C. This is also New Year’s Day as per the lunar calendar.

Valentine's Day (バレンタインデー): February 14
As per the rest of the world, Valentine's Day is a celebration for couples. However, it has also become a day where women will confess their feelings to men in Japan. As part of this, chocolate is presented, with a staggering range of cute, limited edition choices available at department stores and such. Recently, friends have also started giving each other chocolate, while others gift it to themselves as a reward for hard work.

*Public holidays are subject to change according to Japanese government policy.
*When Sunday and a public holiday fall on the same day, the following Monday will also be a holiday.

When is the Best Time to Visit Japan? When to Go/When to Avoid!

Annual Japanese Festivals & Events: When to See Fireworks, Enjoy Traditional Dances & More
*This information is from the time of this article's publication.
*Prices and options mentioned are subject to change.
*Unless stated otherwise, all prices include tax.