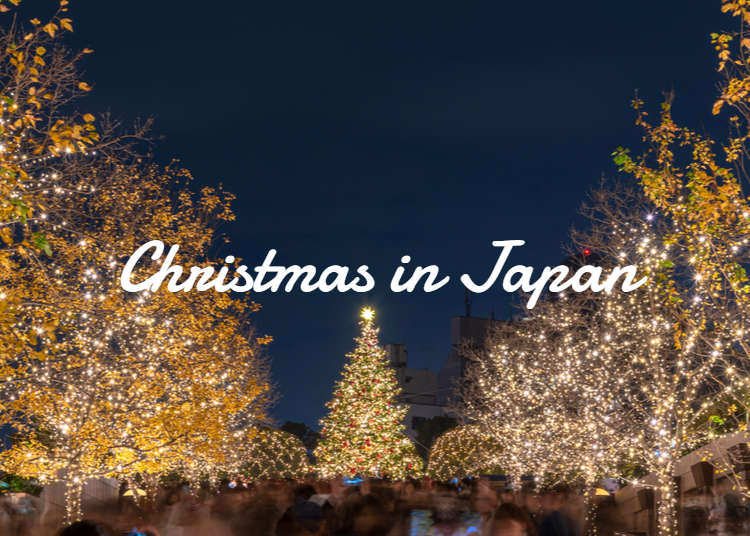 Each December, Christmas is celebrated by people in countries all over the world, and Japan is no exception! Many of the Christmas customs seen in western countries can also be found in Japan, but often reimagined in a different way than you may expect.

There are also some new traditions that have been created by the Japanese, making Christmas in Japan a unique celebration of its own accord!

Japanese Christmas: A Holiday for Lovers? 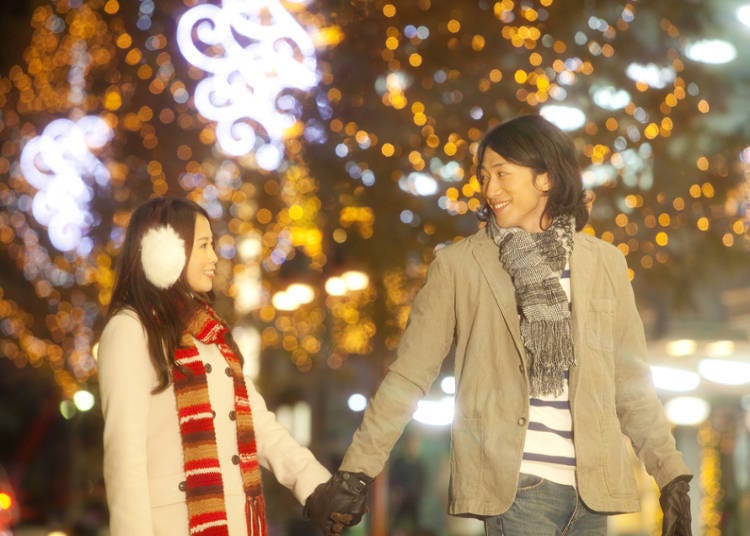 Christmas is known throughout the world for being a Christian holiday, but in Japan it is treated as a secular celebration and tends to be celebrated regardless of one’s religion.

In fact, very few people in Japan consider themselves Christian, but the holiday of Christmas is enjoyed by people from far and wide in Japan.

One of the key differences is that Christmas in Japan is thought of as a holiday for lovers, rather than a time to gather with family. (In Japan, the New Year’s holiday is the time families traditionally gather). Typically couples will plan a romantic date, such as dinner at a special restaurant, or strolling the town to view Christmas lights.

However, for those whom Christmas has particular religious significance attached, churches offering Christmas mass can almost certainly be found in any major city in Japan.

Christmas in Japan is about Illuminations and Decorations 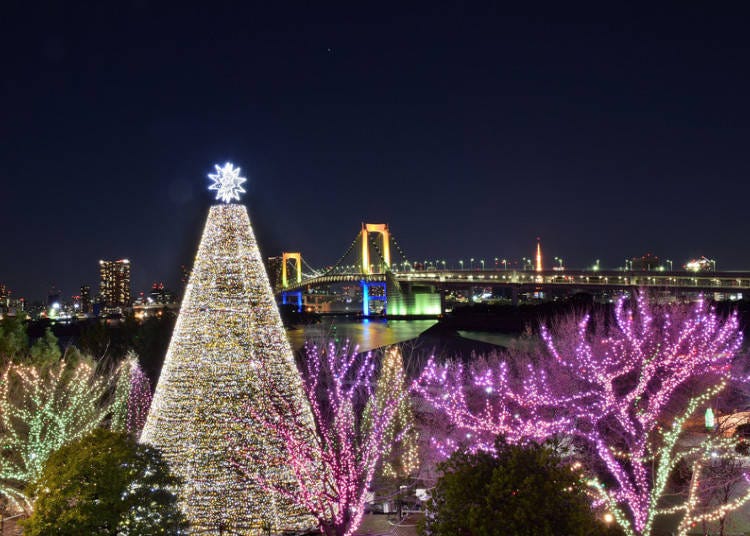 Winter illuminations are not necessarily related to Christmas, but to many, the two are completely intertwined. Each winter season, cities in Japan become full of twinkling lights, mesmerizing all who cross their dazzling path. In recent years, many business are opting for eco-friendly LED lights, which use significantly less electricity than the traditional varieties. Large scale projection mapping illuminations have also become a popular Christmas time feast for the eyes.

While the tradition of putting up a Christmas tree in one’s home is not common in Japan, many businesses and shopping centers will display beautifully decorated trees, along with other Christmas-themed displays that turn an ordinary trip to the mall into a magical winter wonderland experience! 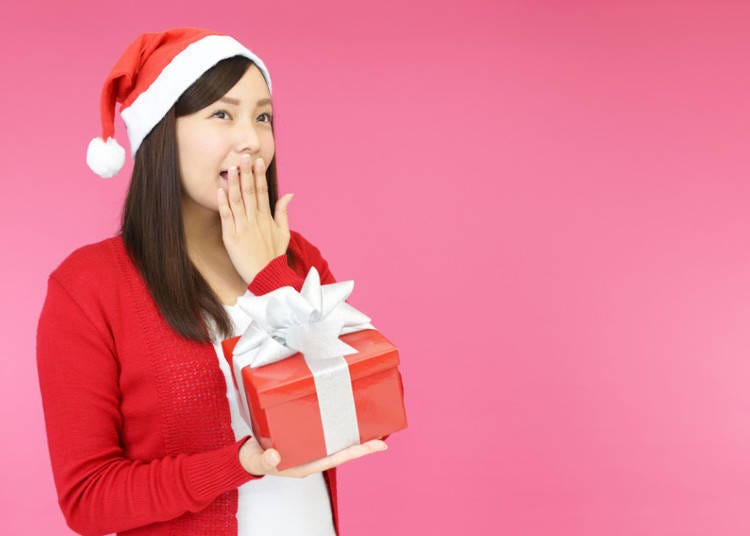 Luckily for Japanese children, the concept of Santa Claus is one Christmas tradition that is alive and well in Japan. Like other children worldwide, Japanese kids also look forward to a visit from Santa on Christmas Eve and a present waiting for them on Christmas morning.

Couples also may exchange presents for Christmas, but generally speaking, gift-giving plays a considerably smaller role than it does in Western countries.

One unique twist on the lore: in the Western tradition, Santa enters homes by climbing down chimneys - an act difficult to do in a nation where most homes lack this sort of entrance! However, ask most Japanese children, and they'll have an interesting take: Santa is typically seen as some kind of magical ghost that appears with goodies!

10 Reasons We Love Winter in Tokyo! 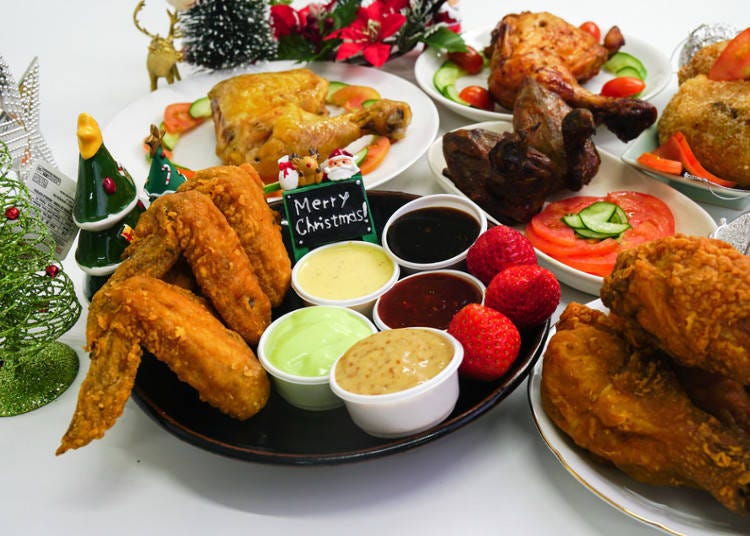 It may come as a surprise, but rather than feasting on a glazed ham or roast turkey, the most popular choice for Japanese Christmas dinner is fried chicken! In fact, the food is in such high demand during this time, that a certain American fast food chain takes pre-orders of their popular fried chicken bucket as early as November! However, even if you don’t place a special order, you can easily find plenty of fried chicken in convenience stores and supermarkets on Christmas Eve, along with pre-made roast chicken as well. 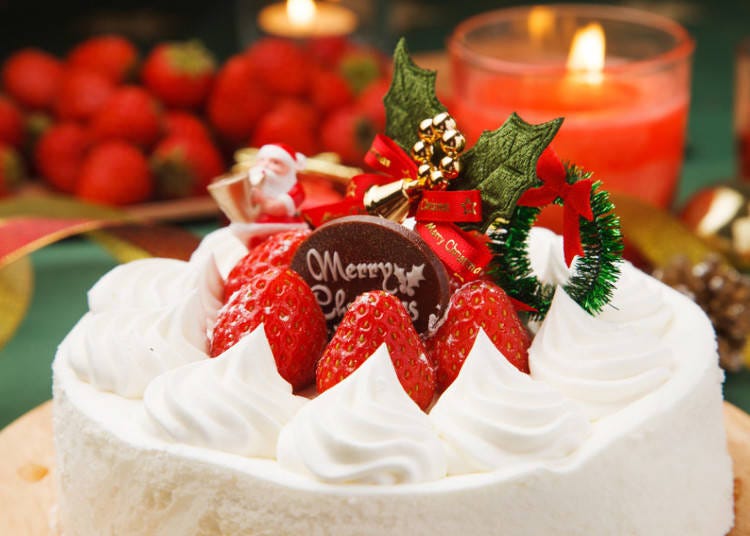 For dessert, instead of gingerbread men, other cookies, or pie, it’s traditional to eat Christmas cake (‘kurisumasu keeki’, as it's called in Japanese) with loved ones.

While Japan is certainly not the only country to enjoy cake at Christmas time, you might be surprised to learn that what they're eating is not the usual fruitcake that's typically eaten in European and American countries. Instead, kurisumasu keeki is usually a kind of sponge cake-based strawberry shortcake.

Unlike the humble fruitcake eaten in some other countries on the holiday, Japanese Christmas cakes were beautifully decorated with strawberries, sugar Santas, and other Christmas-themed edible ornaments. At the time, the ornate cakes were considered expensive and were slow to catch on with the general public. However, by the 1970s, eating kurisumasu keeki had become a Christmas Eve tradition among households in Japan.

These days in Japan, while the white cream and strawberry Christmas cake still reigns supreme, you can find Christmas cakes of various types and flavors. Some recent cakes have included chocolate, various fruits, hazelnut, and ice cream among ingredients. You can even find cakes modeled after popular characters. 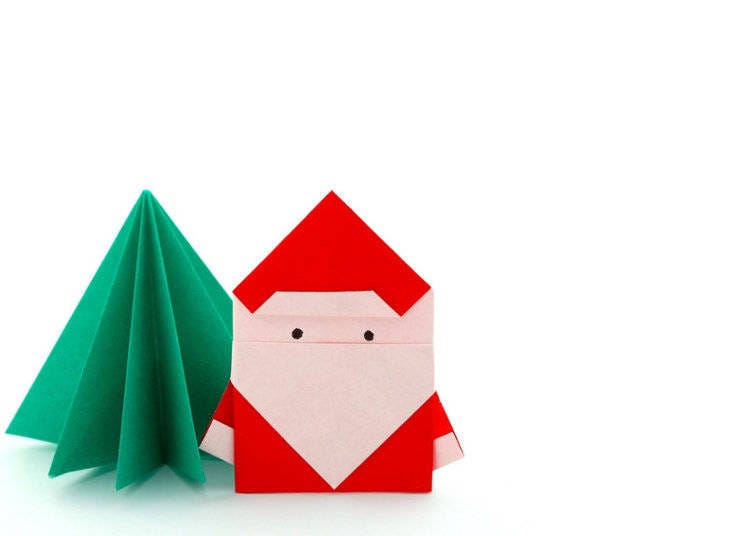 While Japan has adopted many of the Christmas customs of other countries, over the years they have incorporated them into their own culture so well, they have made them their own. Before December even begins you can hear Christmas music in the air. Traditional and foreign pop songs are popular, but Japan has an abundance of Christmas songs all their own that have become traditional in their own right. Around this time of year you can also find many TV and anime episodes centered around the theme of Christmas.

If you are in Japan during the winter, please have a “Merii Kurisumasu!”—the Japanese way!

Sightseeing in Japan: 7 Ways to Enjoy Tokyo in Winter
Tokyo Sales Secrets: Best Shops for Bargains & 'Fukubukuro' Lucky Bags
Shogatsu: How Japanese Ring in the New Year!
*This information is from the time of this article's publication.
*Prices and options mentioned are subject to change.
*Unless stated otherwise, all prices include tax.