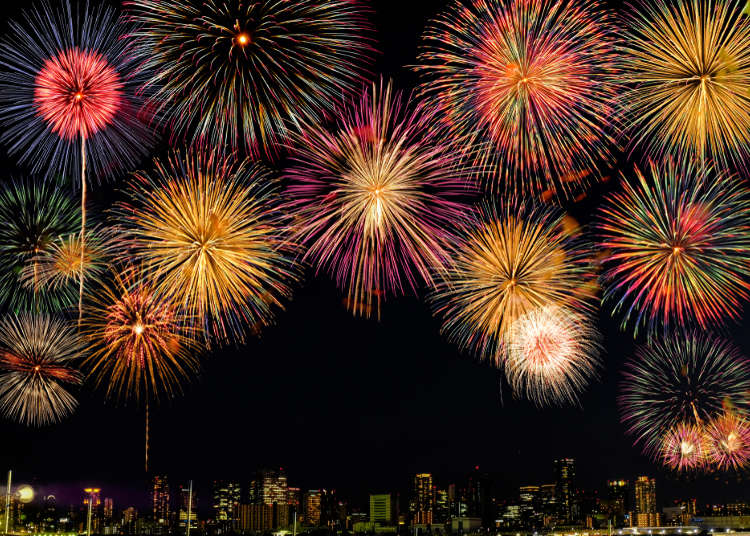 Osaka Summer (June/July/August) 2020: Weather and What To Pack for Japan!

Summer is a popular time of year to visit Osaka! Central Osaka, however, has very little greenery and many buildings, so Osaka summers can be sweltering; the higher humidity also comes as quite a shock to people coming from subtropical climates.

With the right clothes and preparations, though, you can enjoy Osaka in the summer on even the sunniest days.

■ What is summer like in Osaka? What sort of weather does it have throughout the year? 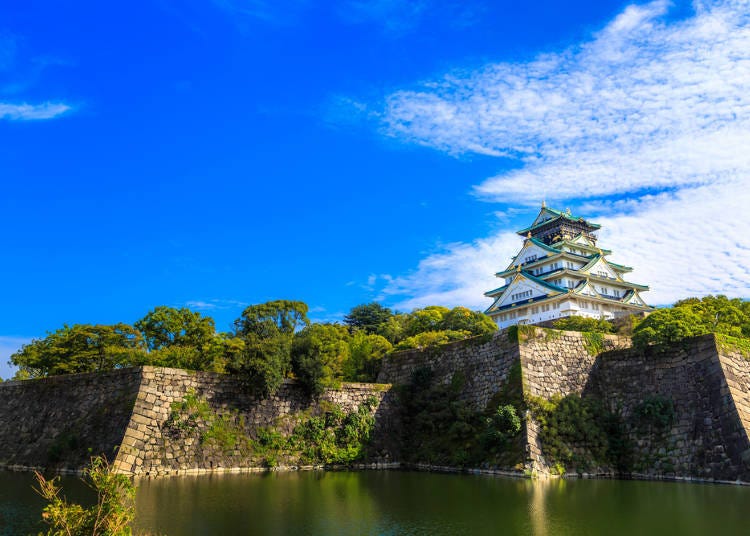 Osaka is located in the central part of the Kinki region, surrounded by mountains on three sides: the Tamba Highlands in the north, the Ikoma and Kongo mountains in the east, and the Izumi Mountains in the south. The west side faces Osaka Bay and is classified as a relatively mild Setouchi climate.

However, the city center becomes intensely hot in the summer because of the many buildings and lack of greenery. In recent years, the number of people who are hospitalized due to sunstroke or heatstroke has increased, so taking steps to deal with the severe heat is essential. Protect yourself against UV rays, such as by blocking direct sunlight with a parasol or hat, or wearing sunglasses or sunscreen. 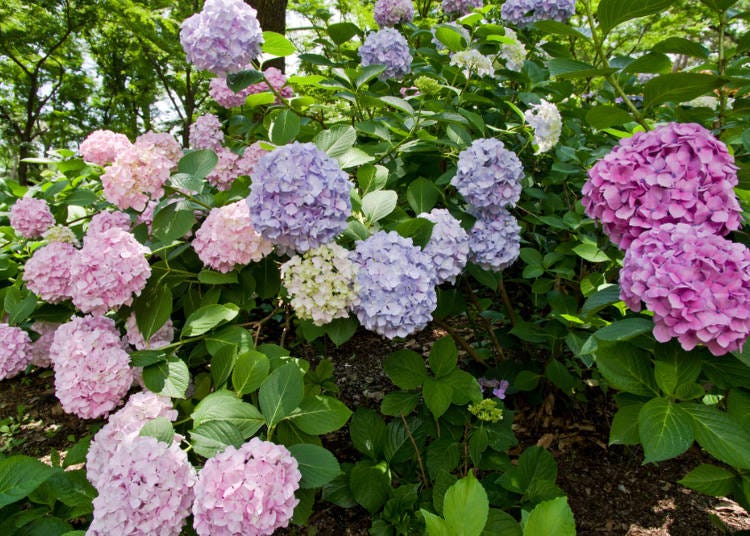 Average temperatures in Osaka in June (Japan Meteorological Agency: normal values from 1981 to 2010)

■What to wear in Osaka in June? 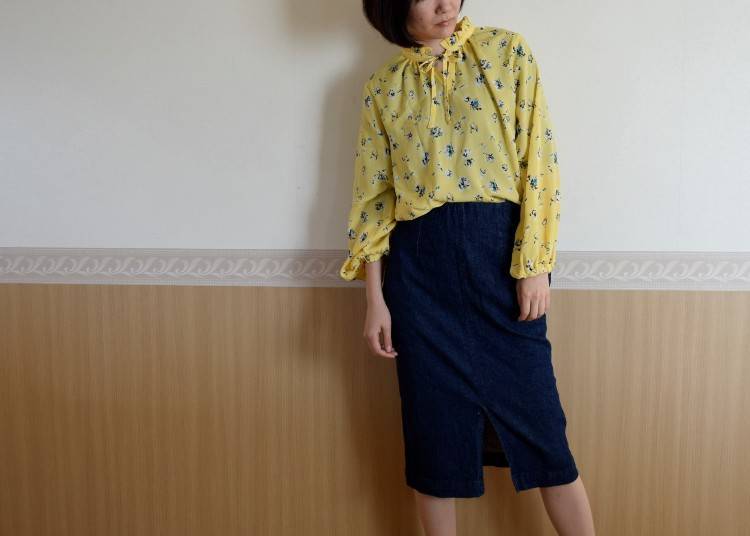 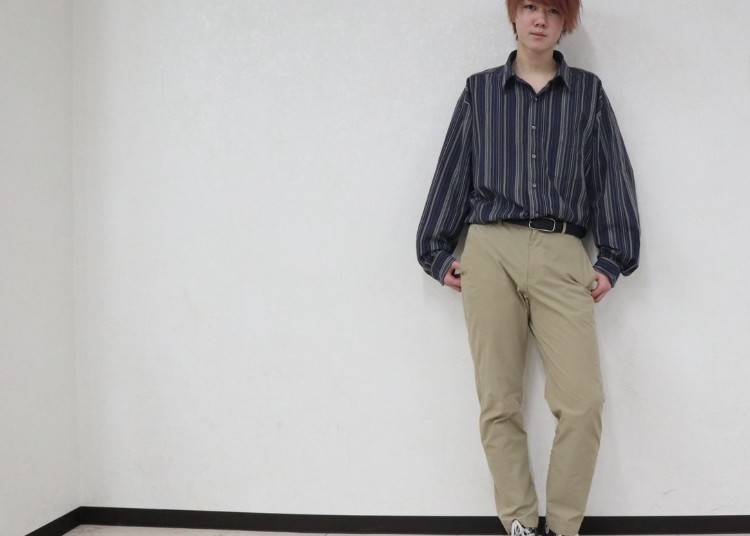 Traditionally in Japan, June 1st has been called koromogae, which referred to that time when winter clothes were put away and summer clothes taken out, however in recent years this has been changing due to the unstable changing climate conditions. For that reason, it is advisable to also bring long-sleeved garments as well as trousers or long pants.

Also, since there are many rainy days, it is advisable to bring along shoes that are waterproof or rain shoes to keep your feet dry. Also, most facilities and means of transportation are air-conditioned, so to guard against the sharp temperature differences you may also want to have something you can easily put on and take off, such as a light sweater or jacket.

■ Recommended things to do in Osaka in June

During the rainy season, hydrangea are beautifully in bloom.

1. The Hydrangea Garden in the Nagai Botanical Garden (Higashi Sumiyoshi Ward) is best viewed from late May to late June, and there you can see about 6,200 flowers of 30 species. 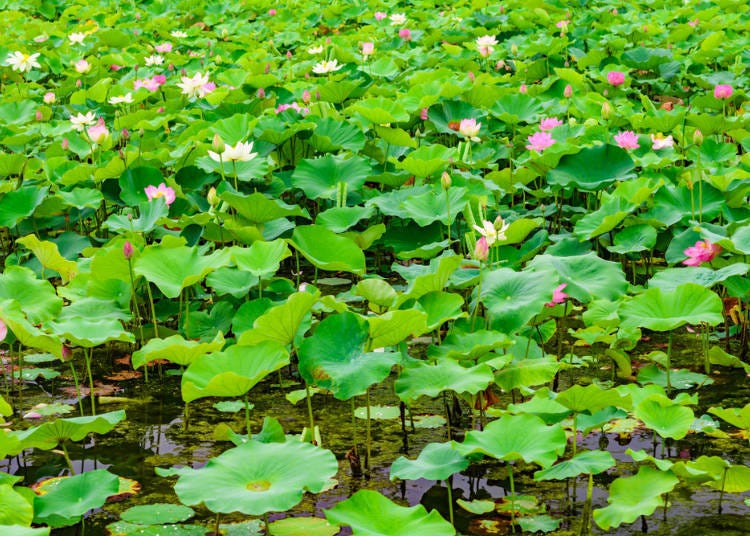 Until the end of the rainy season, it is hot and humid due to the high humidity and the discomfort index also rises. The average low is 24.3°C and the average high temperature is 31.6°C. The average temperature is 27.4°C, but there are many days in summer when the temperature can exceed 30°C. Care also must be given to the fact that the sunlight is very strong during the day.

Average temperatures in Osaka in July (Japan Meteorological Agency: normal values from 1981 to 2010)

■ What sort of clothing is good for Osaka in July? 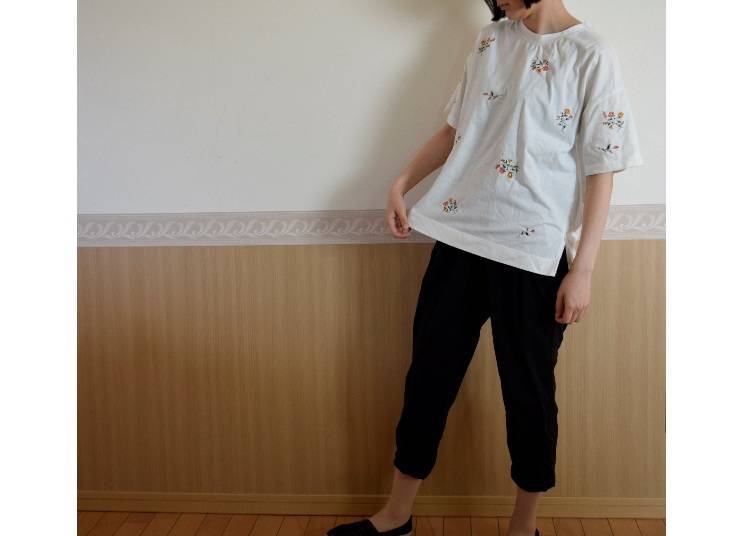 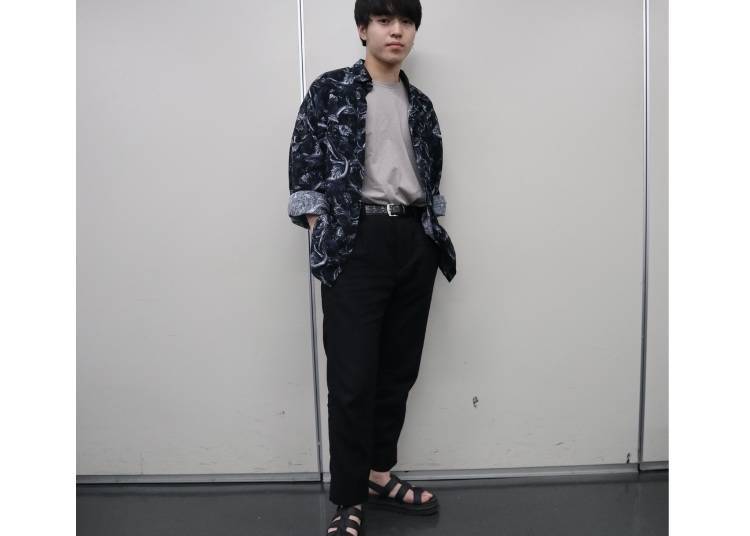 It will be hot, so if you choose a short sleeve or sleeveless top that has a cotton or linen blend for the material, it will look and feel more comfortable and cool. Wearing a hoodie is recommended to avoid the strong sunshine and as a measure against the coolness of indoor air conditioning. For footwear, sandals are the most comfortable. We recommend using a hat and parasol outdoors.

■ Recommended things to do in Osaka in July

1. The Tenjin Festival, one of the three major festivals in Japan, is held on July 25th every year.

Various events, such as the Yoimiya Festival on the 24th and another at the main shrine on the 25th, will be held around the Osaka Tenmangu Shrine in Tenma.

On July 25th many mikoshi, portable shrines, are lined up at the main shrine, then as the sun begins to set, they, together with about 100 specially crafted boats called Rikutogyo proceed to the Okawa River where about 5,000 votive fireworks are set off, which is definitely a sight worth seeing. This being a summer festival, many people will attend wearing yukata. It's also possible to rent and dress up in yukata for this occasion if you like. 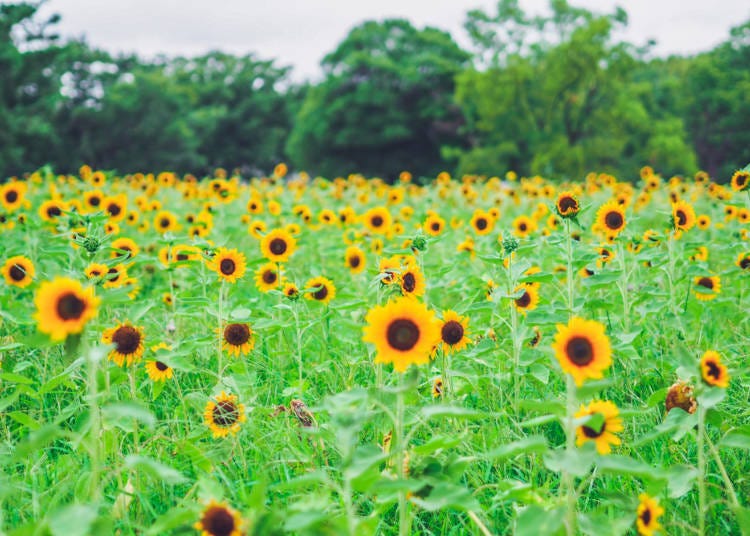 In recent years, the temperature has been extreme with it rising above 35° C for many consecutive days. It is so hot that there is the danger of heat stroke which at times can even be life-threatening. The nights are tropical because the temperature does not drop even in the morning and evening, so air conditioners need to be used even throughout the night.

This is a time when heavy downpours also occur, so it is important to have rain wear with you, too. These sudden downpours can also be accompanied by thunderstorms, so if one does occur when you are out, go inside immediately. It's also a typhoon season, so check the weather forecast and typhoon information to make sure that your travel and sightseeing plans are not affected.

Average temperatures in Osaka in August (Japan Meteorological Agency: normal values from 1981 to 2010)

■ What sort of clothing is good for Osaka in August? 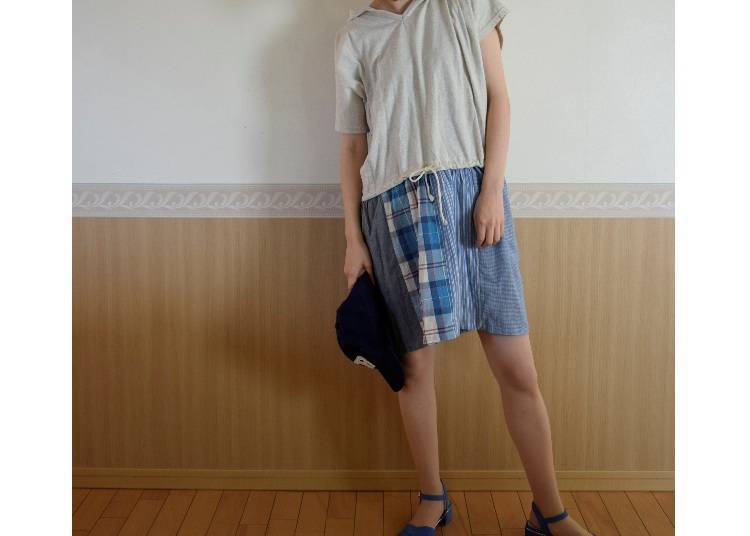 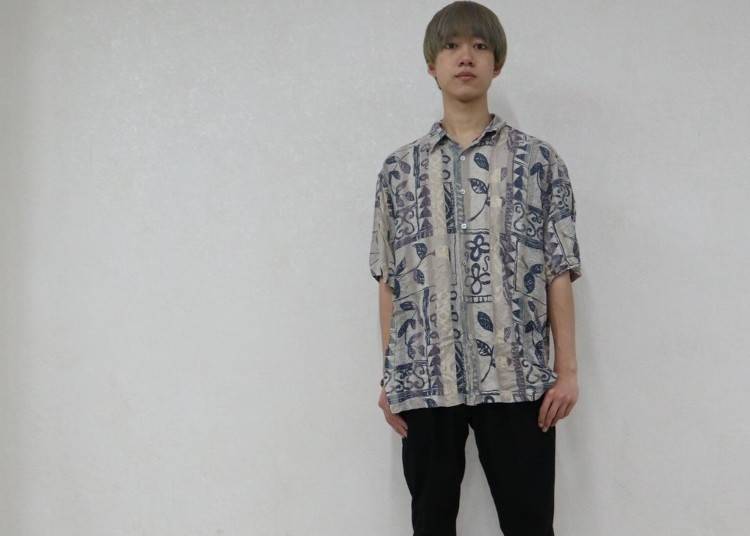 Just as in July, short sleeves and sleeveless tops are advised and sandals are the most comfortable footwear. When outdoors, if you do not have a parasol, then you might want to wear a light hoodie or jacket to protect you from the sunlight. Loose-fitting dresses are also comfortable.

■ Recommended things to do in Osaka in August

1. In addition to Tenjin Festival Votive Fireworks, fireworks such as Naniwa Yodogawa Fireworks and Rinku Town fireworks are also held.

Even in the open air at night, the heat does not abate, and on days when there is no wind, it feels like a sauna. Keep a fan with you and don't forget to drink lots of water.


It's hot in Osaka, but the buildings and trains are air-conditioned. Take measures to avoid the sunshine outside, and always have something to put on when inside places where the air conditioning is strong so that you don't get a chill. Summer is a time when there are many Osaka-like events such as festivals and fireworks, so the best way to enjoy them is by taking precautions against the heat.