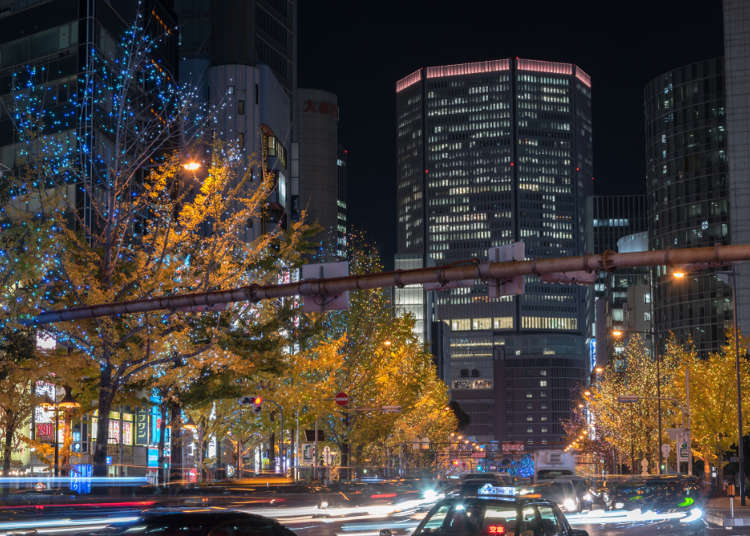 Visiting Osaka in Winter: Ultimate Guide to Osaka Weather in Winter and Clothes You Need!

Osaka in winter is comparatively mild and it rarely snows. But as the cold weather can vary, it is a good idea to check the weather in Osaka before visiting.

December is the Christmas season and a time when preparations are being made for several year-end and New Year events which make Osaka in winter especially delightful. 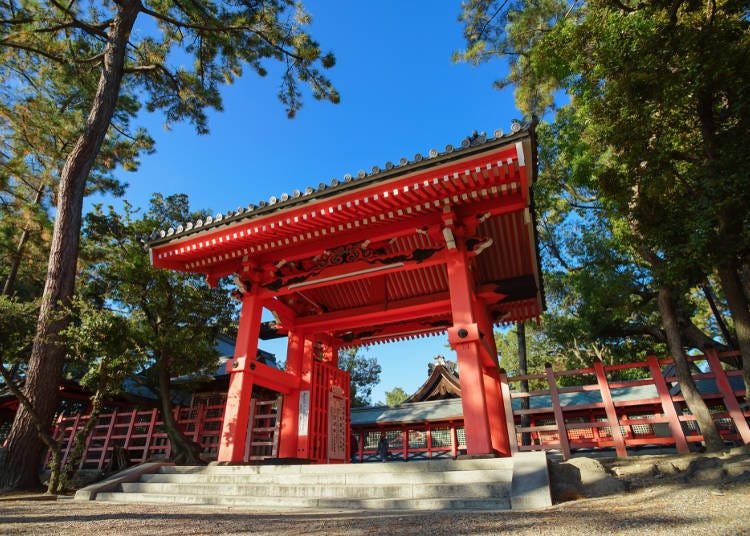 Osaka is located in the central part of the Kinki region, surrounded by mountains on three sides: the Tamba Highlands in the north, the Ikoma and Kongo mountains in the east, and the Izumi Mountains in the south. The west side faces Osaka Bay and is classified as a relatively mild Setouchi climate. It is an area with little rain throughout the year which makes it easy to plan sightseeing. 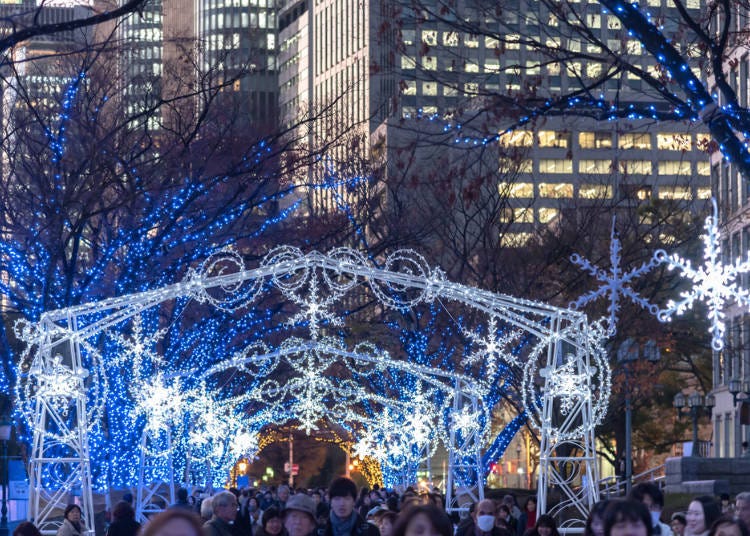 The average temperature in Osaka in December is 8.6°C, and in recent years winters have been becoming warmer, so the cold weather is not so severe. On average the high temperature is 12.3°C and the low temperature is 5.1°C.

There are many sunny days, and the gentle sunlight in the daytime is comfortable even if the wind at times is cold. The temperature varies depending on the day, whether the wind is warm or cold, but the temperature gradually drops toward the end of the year.

Average temperatures in Osaka in December (Japan Meteorological Agency: normal values from 1981 to 2010)

December in Osaka: What Clothes to Wear

In December you will need a wool or heavy coat with lining. However, on some days it is so warm you may want to take off your coat. Sometimes when you are out and then go inside, the rooms may be too hot, so it is best if you wear something that can be removed to enable you to adjust to the different temperature. If you wear a skirt, thick tights and short boots are recommended to keep your legs and feet warm.

Things to Do and See in Osaka in December

In addition to the illumination of Ginkgo trees in Midosuji, which starts in November, the area around Nakanoshima is also illuminated in December. Many people visit the Central Public Hall and Nakanoshima Library to enjoy different programs every year, such as projection mapping and illuminated zelkova trees. 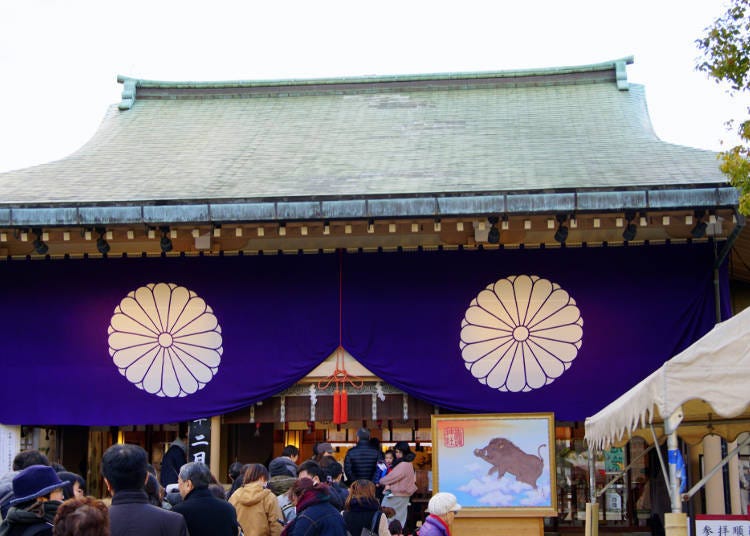 When the new year begins in January the average temperature is 6°C. The average high temperature is 9°C and the average low temperature is 2°C. On some days the temperature does not rise during the day making the cold feel more severe. Nevertheless, it is rare for it to snow, though on occasion there may be sleet or powder snow. Many days are sunny and because the air is dry, this is a time when it is easy to catch a cold. To guard against that, gargling and wearing masks are advised.

Average temperatures in Osaka in January (Japan Meteorological Agency: normal values from 1981 to 2010)

January in Osaka: What Clothes to Wear

Winter really sets in in January, so you will need a snug-fitting undergarment, shirt, wool sweater, and a thick long coat or down jacket. Many women wearing skirts wear thick tights or boots to fight off the cold. As for men, there is no need to wear extra clothing under their trousers. Mufflers and gloves also afford good protection from icy winds.

Things to Do and See in Osaka in January 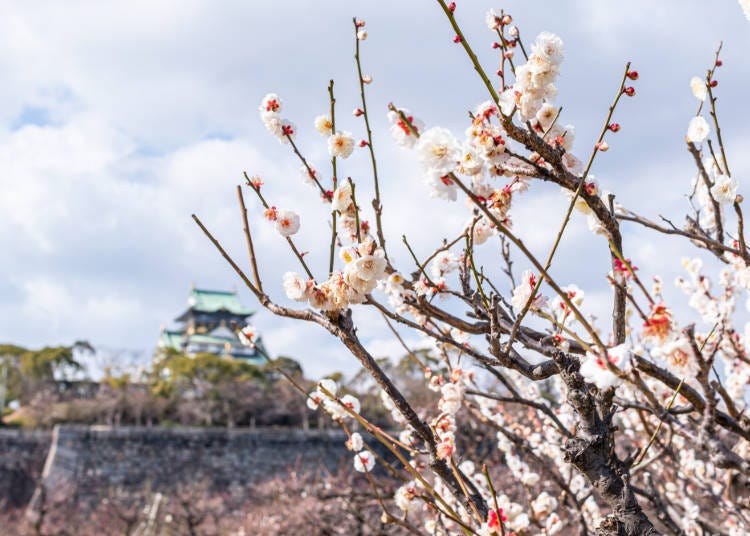 In February the average temperature is 6.3°C. The average high temperature is 10.2°C and the average low temperature is 2.9°C, which is not much different from January, but there are many windy days making it feel much colder. Many people come down with influenza at this time so when going out it is advisable to wear a mask and to wash your hands after returning.

Average temperatures in Osaka in February (Japan Meteorological Agency: normal values from 1981 to 2010)

February in Osaka: What Clothes to Wear

Since the temperature is almost the same as in January, you need underwear, shirt, sweater, long coat or down jacket. Quite a few women wear pants and those who feel the cold more will wear tights underneath them. On days when there is sleet, a disposable pocket warmer is useful.

Things to Do and See in Osaka in February

A special event called Setsubun is held on February 3rd in Japan. In Japanese homes, the practice is to throw beans while calling out "Oni wa soto, fuku wa uchi" which means "drive out the devil and bring in good fortune".

Setsubun Festivals are held at Osaka Tenmangu Shrine, Sumiyoshi Taisha Shrine and Shitennoji Temple. In Osaka Tenmangu Shrine, a thousand people make a single, long sushi roll all at once. At Sumiyoshi Taisha the Kagura Dance and the Hosha no Gi, a ceremony in which arrows are shot at a large target in the form of an ogre. At Shitennoji worshipers write wishes for good fortune on gomaki (homa sticks) which are then burned.

In recent years, the winters have continued to become warmer and the cold is not as severe as before. In December 2020, few people wore heavy down coats. Experience the culture and traditions of Japan in the crisp, cold breeze, the bustle of the city before Christmas, and the atmosphere at shrines during the year-end and New Year holidays. Come and enjoy winter in Osaka!