HOME Complete Guide to Skiing in Japan: Best Time and Where to Go 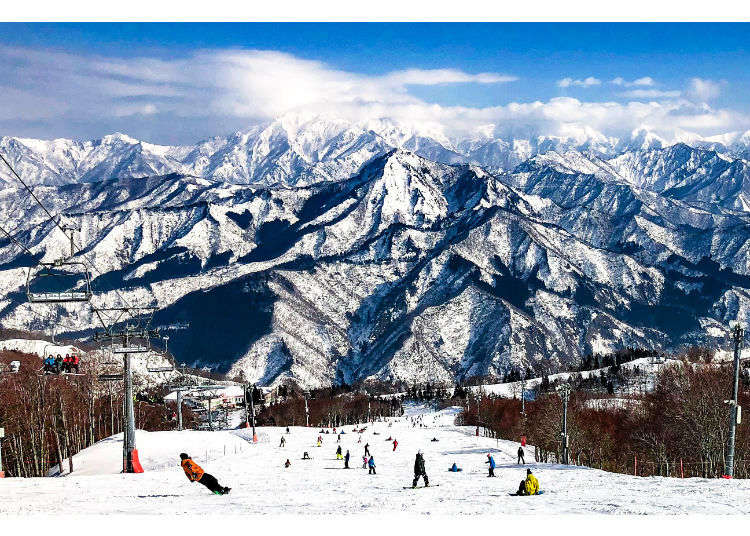 Complete Guide to Skiing in Japan: Best Time and Where to Go

Japanese winter is amazing! Areas like Nagano and Yuzawa are known for their excellent powder snow and gain popularity with each season, drawing in not only Japanese winter sport fans but more and more visitors from abroad.

But when is the best time to ski and where to go? Let’s take a look at the different areas close to Tokyo and other need-to-know things about skiing and snowboarding in Japan.

When is the best time for skiing in Japan?

November to late March and early April is generally the ski season for Japan’s pistes. While the first snow varies by region, especially comparing East, West, and North, the opening times of resorts are roughly the same. Only those with abundant snowfall tend to be open longer, mostly throughout April.

When is Peak Season?
Ski resorts' peak season is mid-January to early February. The snowfall is particularly abundant during these months and the quality of the powder snow is also outstandingly good. However, a lot of snow also brings harsh coldness.

Stable Climate from March
March marks the end of harsh winter days and the temperatures get milder. It’s the most popular time for students and families to hit the pistes, so it may get crowded. In Western Japan and Kanto, the snow already starts to melt but areas like Tohoku, Hokkaido, and Nagano still offer a stable amount and quality of snow.

A lot of Japan's ski resorts can be reached fairly easily and conveniently from Tokyo, some in under two hours. Take a look at the main winter sports areas around the Japanese capital, their key features, and how to get to them.

Nicknamed “snow country,” Niigata Prefecture’s Yuzawa is northwest of Tokyo, nestled in the Japanese Alps. Its closeness to Tokyo makes it one of Japan’s largest and most popular winter sports areas in Japan, offering a large amount of snow and over a dozen resorts. 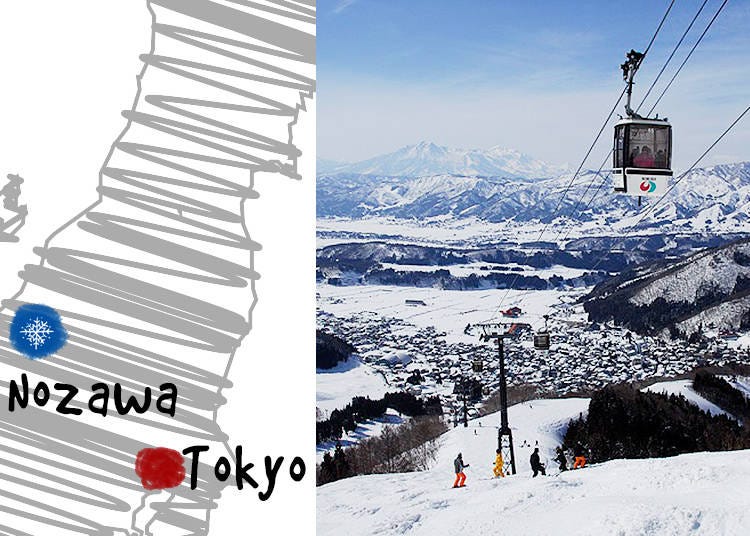 Season:
Late November to early May

Skiing in Japan: Top 10 Ski Resort Areas in Japan That Will Have You Booking Tickets Today! 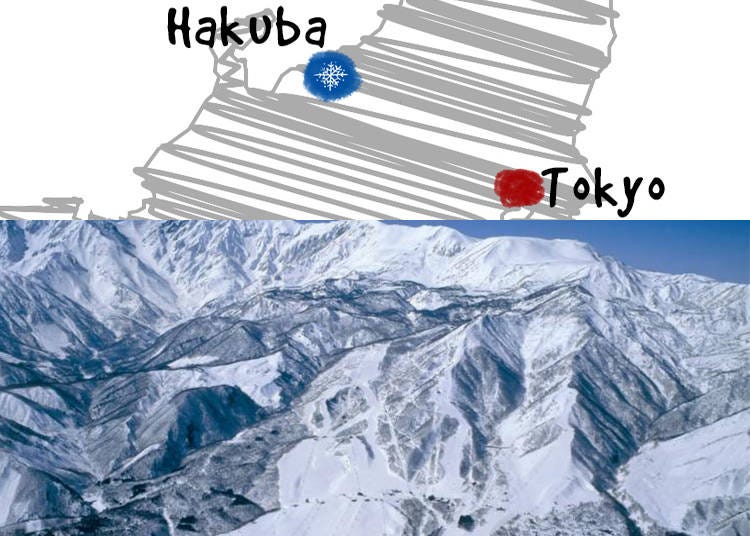 Located northwest of Tokyo and right in the heart of the Japanese Alps in Nagano, Hakuba is a top choice for many winter sports fans, both Japanese and international. The variety of terrain makes the area fun and challenging for all levels and Hakuba offers numerous ski resorts to choose from.

Key Features:
・No interconnected slopes but free shuttle buses and shared lift tickets
・A total of 137km of piste
・Over 100 lifts
・Courses for every level
・Great for freestylers
・A lot of powder snow

By train (option 2):
1) Azusa Limited Express from Shinjuku Station to Hakuba (direct once a day, about 4 hours, ~8,500 yen one-way)
*Covered by the Japan Rail Pass.

Hakuba Valley: An A-Z Guide to the Ski Areas for Both Beginners and Experts 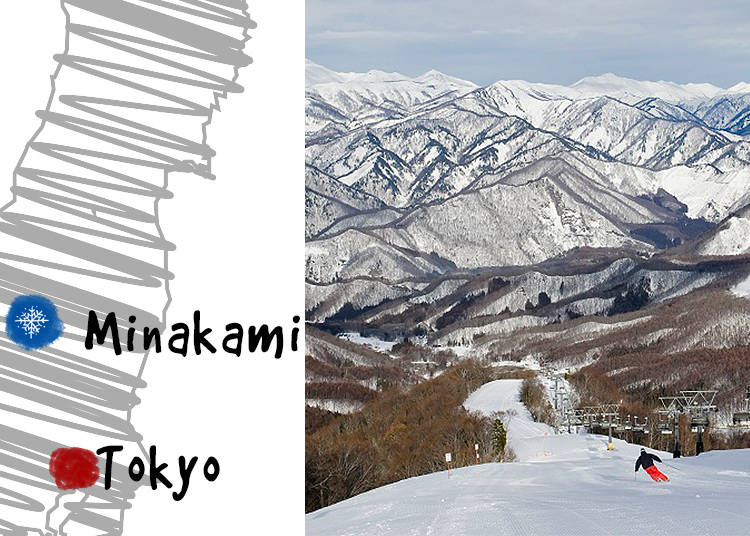 A favorite skiing resort of Tokyoites, Minakami Ski Resorts is located in northern Gunma Prefecture, northwest of Tokyo. With few international tourists, it has a local feel to it and offers several resorts and pistes for all levels, while being especially recommended for beginners and intermediates. 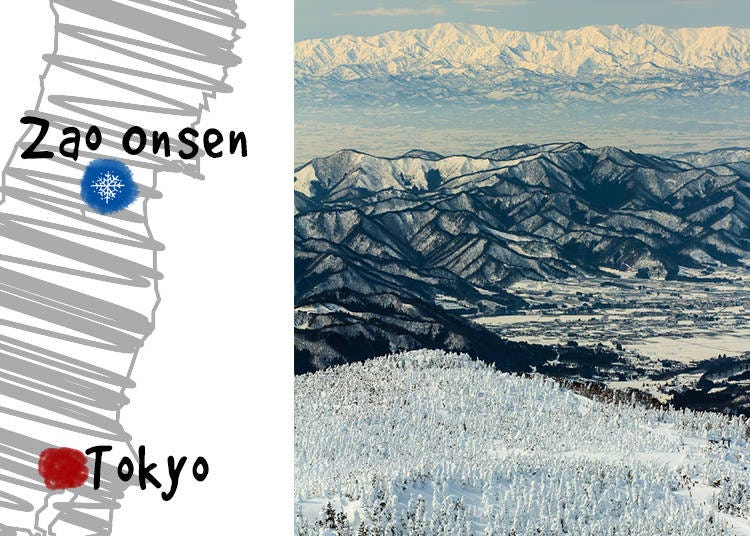 Zao Onsen Ski Resort is located in northeastern Tohoku’s Yamagata Prefecture and is famous for its many hot springs. Mount Zao is a volcanic mountain range that offers the unique spectacle of “snow monsters,” fir trees that are so clumped with ice and snow that they take on the most curious shapes.

Season:
Until early May

12 Ski Resorts Near Tokyo: Everything You Need to Know 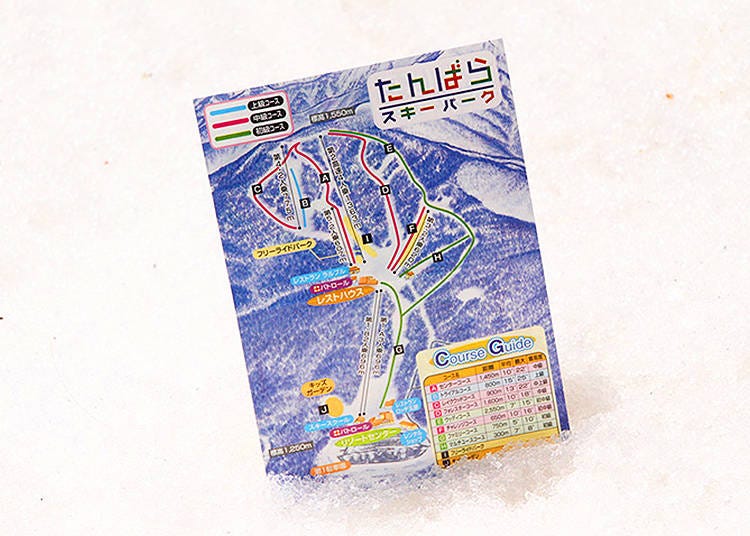 Piste maps offer a clear and easy overview of available courses, lifts, restaurants, restrooms and more with easy-to-understand icons. The difficulty level of courses is color-coded, so the maps are easy to read even without any knowledge of Japanese. They’re distributed at ticket counters, in restaurants, and kiosks or simply ask a staff member for a copy. 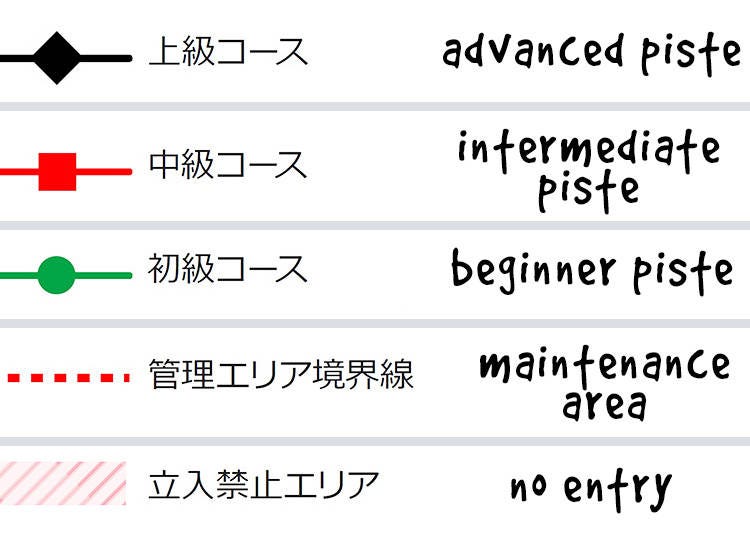 The difficulty of a course is indicated with lines and colors. Green means beginner level, red means intermediate, and black is used for advanced pistes. Dashed lines indicate areas that are currently under maintenance, while red areas with diagonal stripes are off limits.

Skiing and snowboarding in Japan is a unique experience that combines the fun of winter sports with savoring traditional hot spring culture. With the basics covered, check out our other guides on the topic!

Japan Ski Rentals: How to Rent for Beginners
Japan Skiing for Beginners: Helpful Tips for Getting Started
Japan Ski Trip: What You Need to Know About Skiing with Family

Skiing in Hokkaido: Niseko and Other Ski Resorts

Home of 'Japow': Why the World Is Wild For Hokkaido's Niseko Ski Resorts!
How to Get to Sapporo's Top Ski Resorts & Snowy Areas by Train and Bus!
Skiing in Japan: Top 10 Ski Resort Areas in Japan That Will Have You Booking Tickets Today!
Top 10 Tohoku Ski Resorts & Snowboarding Areas
*This information is from the time of this article's publication.
*Prices and options mentioned are subject to change.
*Unless stated otherwise, all prices include tax.