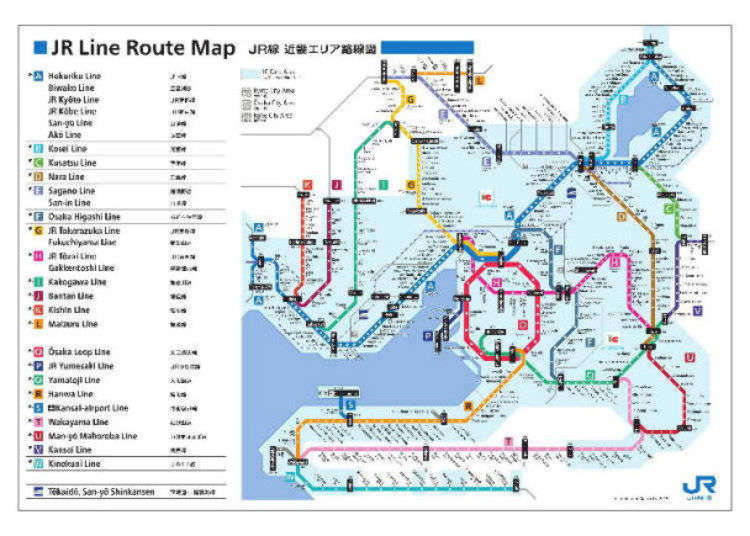 Getting Around Osaka: Transport Tips & Public Transportation Guide to the Osaka Metro Area

Osaka is Japan's third-largest city. Trains and the Osaka Metro system are generally the best way of getting around Osaka. Getting familiar with the Osaka subway map and what train lines go to what train stations will help you get to the main sightseeing areas within Osaka - and the surrounding areas, too.

In Osaka, there are a variety of railway lines belonging to JR and other private railways. Knowing which train goes where will help you create an effective sightseeing plan, so we'll share the most common Osaka train stations and Metro stations, plus the major sightseeing spots on the Osaka subway map.

Many JR lines run through the Kansai area. When going sightseeing through the Osaka area, you’ll mainly be using the Kyoto Line, the JR Tokaido-Sanyo Line, the JR Osaka Loop Line, and the line with the closest station to Universal Studios Japan, the Yumesaki Line. Note that a Japan Rail Pass may be used on each of these lines.

・JR Kyoto Line: The fastest way to get from Osaka to Kyoto
The JR Kyoto Line connects Osaka Station and Kyoto Station, with the special rapid service train getting you from one to another in 30 minutes. This is quicker than a private railway, but there aren’t that many sightseeing spots along the route.

・JR Osaka Loop Line: Perfect for sightseeing around Osaka
The JR Osaka Loop Line operates in a circle around the center of Osaka. There are many sights along its tracks, such as Osaka Castle and Tsutenkaku.

The most popular sightseeing spots and their closest stations are listed below. 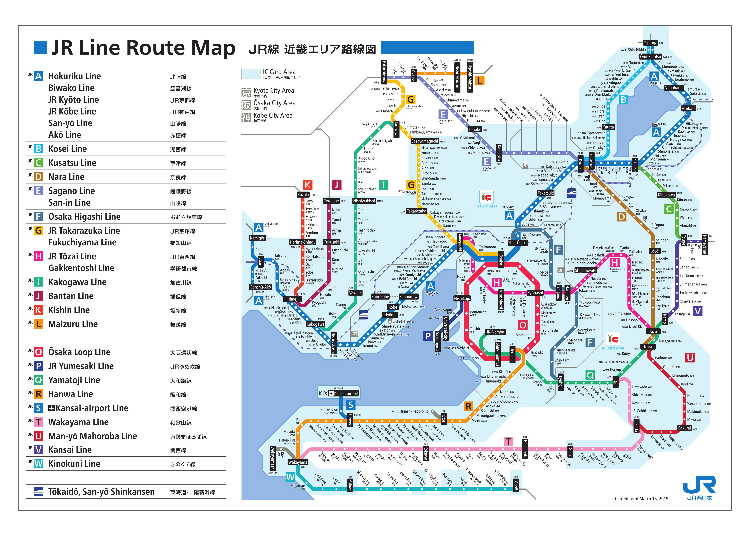 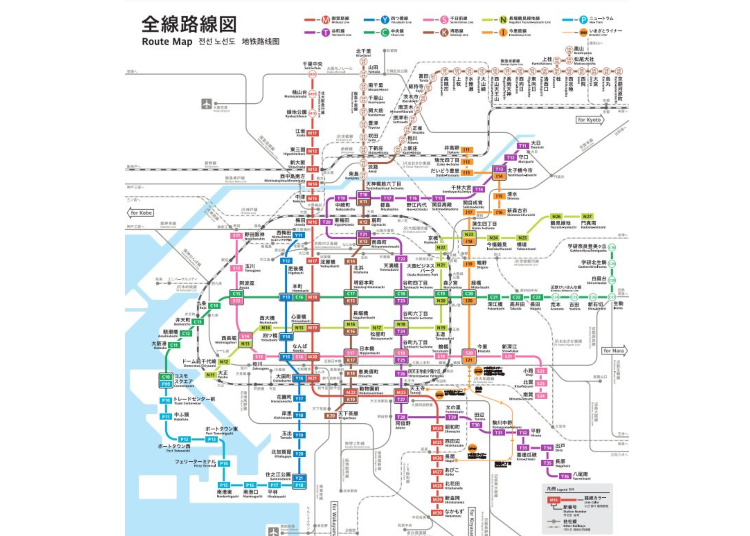 Furthermore, Osaka’s subway has its lines divided into colors, and its stations divided into numbers. For example, the Midosuji Line is red, and Umeda Station is number 16.

1. Midosuji Line
The Midosuji Line is Osaka’s most popular subway line. It runs under the city’s main street, Midosuji.

2. Tanimachi Line
The Tanimachi Line covers Osaka’s north and south sides. It runs under Tanimachi Street, which has plenty of temples and government offices alongside it.

6. Sakaisuji Line
The Sakaisuji Line runs under Sakai Street, a road with plenty of shops dealing in medicine, fabrics, and electronics. 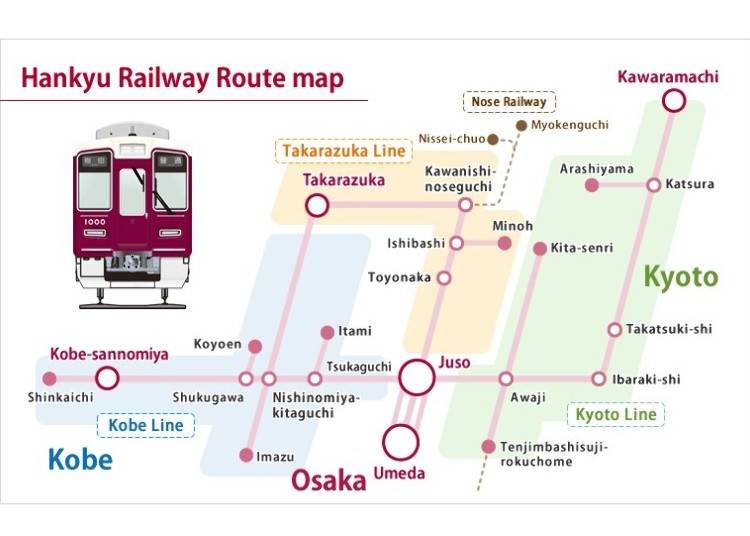 Hanshin Electric Railway: Easy way to get from Osaka to Kobe

Kintetsu Railway: Serving greater Osaka, Kyoto, and Nara - and beyond

Kintetsu Railway has standard lines in Osaka, Kyoto, and Nara, but they also have trains going to the Mie and Aichi prefectures.

A trip from Osaka Namba to Kintetsu Nara will take about 40 minutes on the rapid express. Along the lines in Osaka, you’ll find sights and spaces such as Dotonbori, Abeno Harukas, and the Osaka Aquarium. In Nara, you’ll find Nara Park, Mount Yoshino, Ise-Shima, and Ise Grand Shrine. 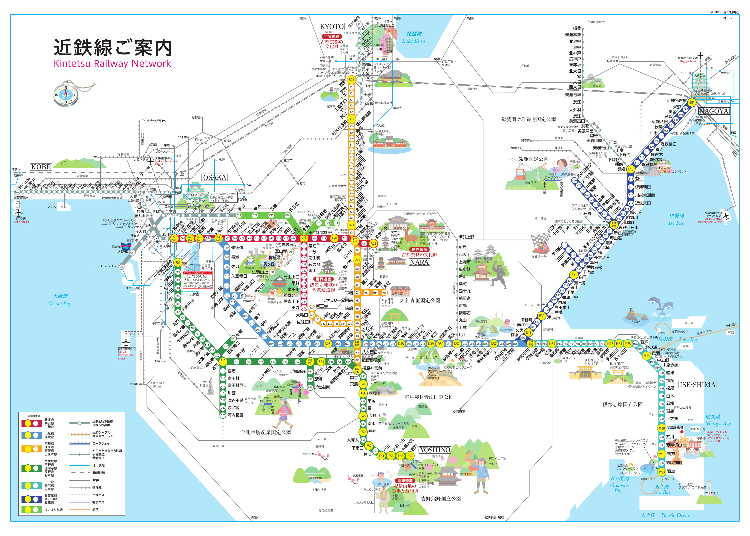 It also has the Nankai Airport Line that goes to the Kansai International Airport, taking about 40 minutes to get to it on the limited express from Namba Station (with an extra limited express charge of 510 yen) and 45 minutes by express. 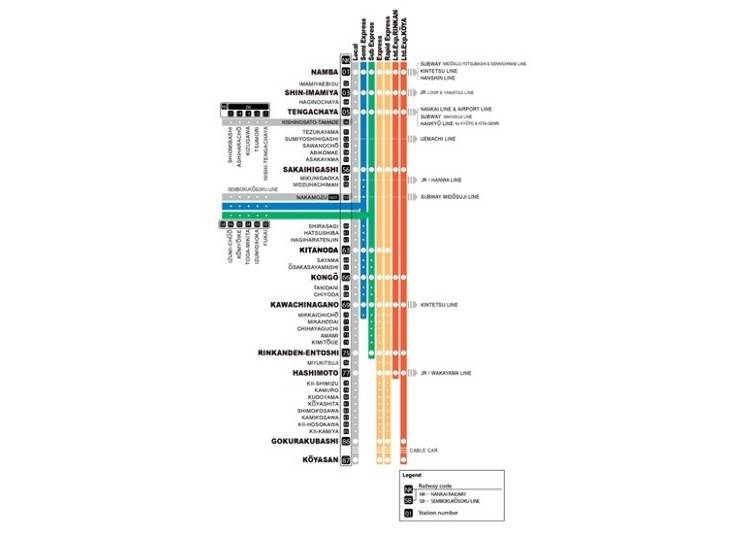 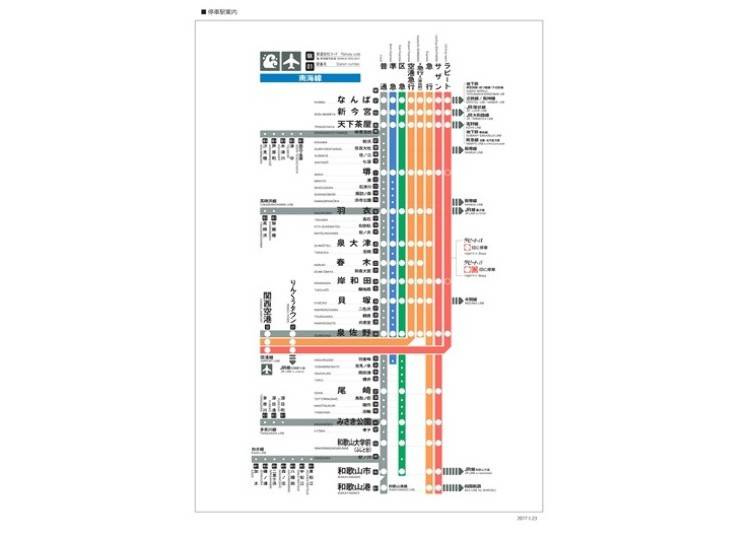 Sumiyoshi Taisha Shrine is found along the way; it is a famous picturesque temple built in the ancient architectural style of Sumiyoshi-zukuri. 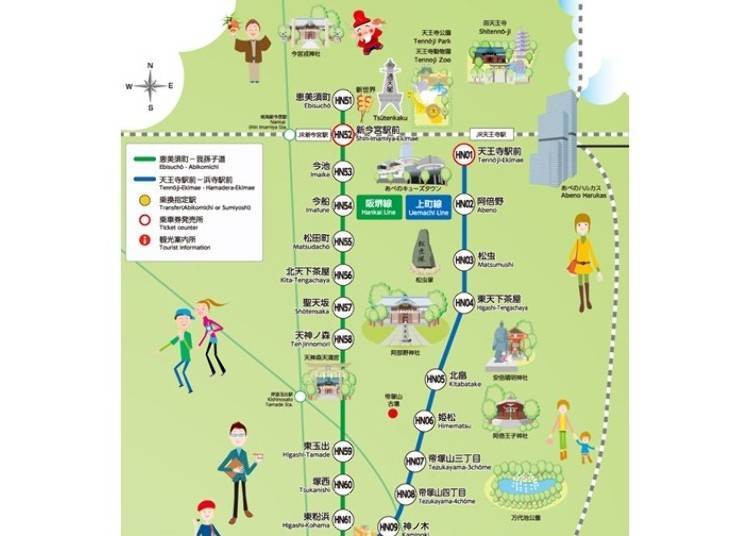 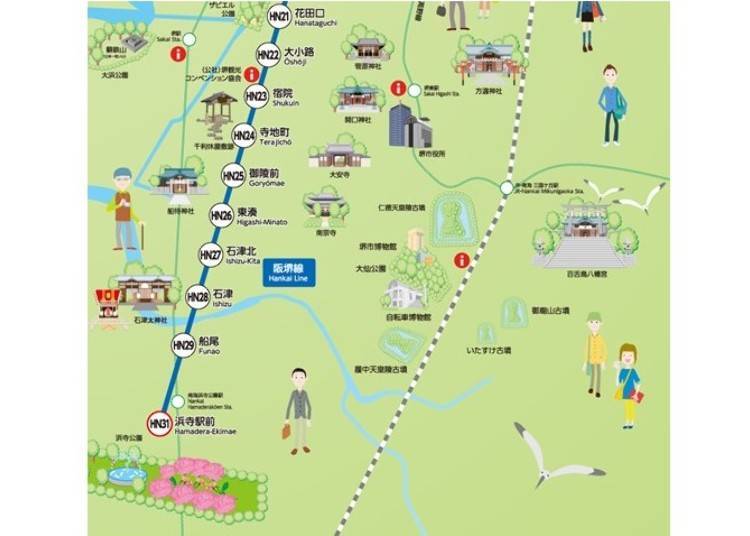 The Keihan Electric Railway connects Osaka with Kyoto and Shiga. The Osaka side is Yodoyabashi and Nakanoshima.

On the way, the line passes through Sanjo and Gion-Shijo, and the terminal station on the Kyoto side is Demachiyanagi Station.

The train ride between Yodoyabashi (Osaka) and Demachiyanagi (Kyoto) takes about 55 minutes by limited express. 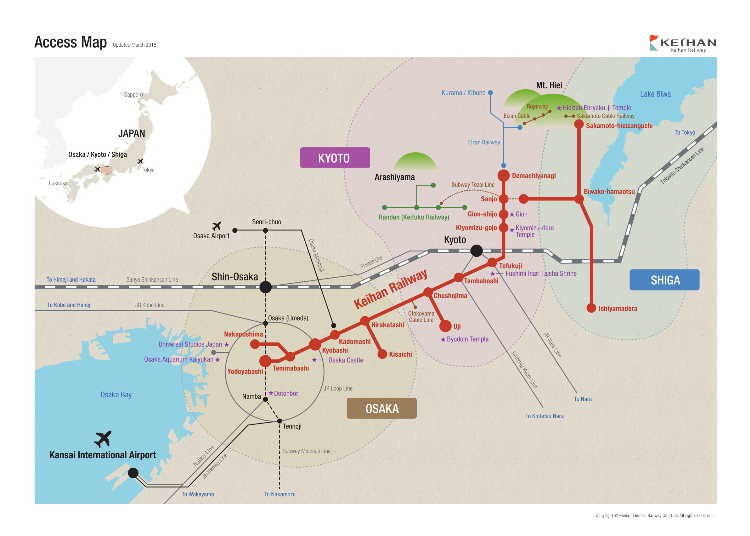 Kyoto Metro Map: Complete Guide to Kyoto’s Trains & Subways
Browse great deals on rail passes in Japan
*This information is from the time of this article's publication.
*Prices and options mentioned are subject to change.
*Unless stated otherwise, all prices include tax.