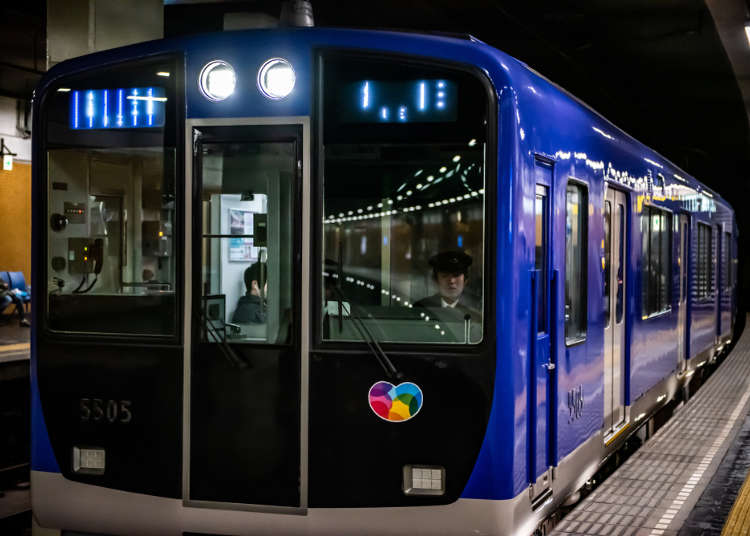 10 Must-See Sightseeing Spots Along the Hanshin Railway: From Osaka to Kobe

The atmospheres along these three railway lines are different. However, the Hanshin Line is said to be the most commonly used. Because of that, you can also enjoy communicating with the friendly locals of the town.

Hanshin is also the home of the famous professional baseball team, the Hanshin Tigers, and Koshien Stadium. Let's see what exciting sightseeing spots can be found along the Hanshin Line!

Overview of the Hanshin Railway

The Hanshin Electric Railway, which connects Osaka to Kobe, opened in 1899. In the past, there were tourist spots such as beaches and amusement parks along the line. Today, there are the Hanshin Koshien Stadium (Koshien Station) and Kyocera Dome (Dome-Mae Station). Both are live venues for professional baseball games and artists, and many people visit both.

The Mukogawa Line runs through a residential area, and it is rarely used for sightseeing.

The Hankyu-Hanshin 1-Day Pass is a ticket you can purchase on all lines of the Hankyu Railway, Hanshin Electric Railway, and Kobe Rapid Transit Railway (including Nishidai and Minatogawa), valid only for one day. 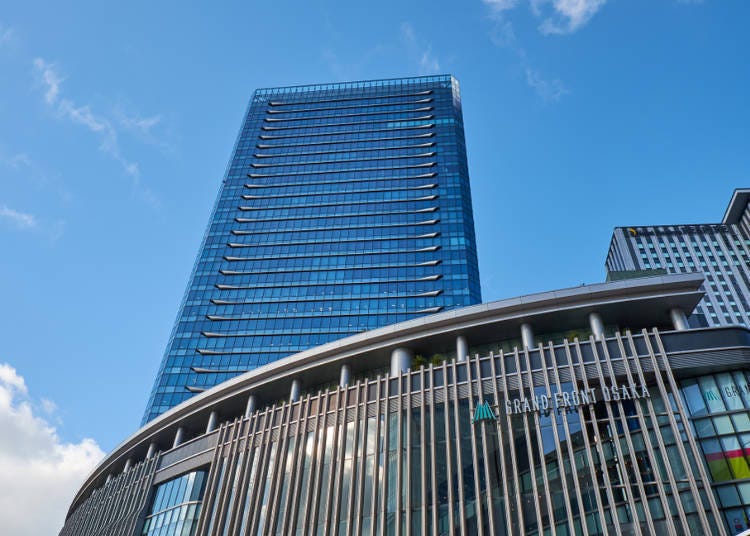 This area, commonly called Kita, is one of Osaka's two major downtown areas. There are all kinds of shops in the station building and the underground shopping area. There, you can enjoy shopping and delicious food.

Hanshin Department Store
You can find fashionable clothing shops, miscellaneous goods, and restaurants on the ground floor. There is an underground grocery store called Depa-Chika, and a snack park on the 1st basement floor where you can eat Osaka's famous grilled squid, sushi, ramen, and more.

Grand Front Osaka
This is Japan's largest shopping town on the north side of JR Osaka Station. There are a wide variety of stores, including long-established craft shops and high-brand stores from overseas. You'll also find a beautiful garden here with green plants and flowing waters. The view from here is spectacular, and it is a place where visitors come to relax. 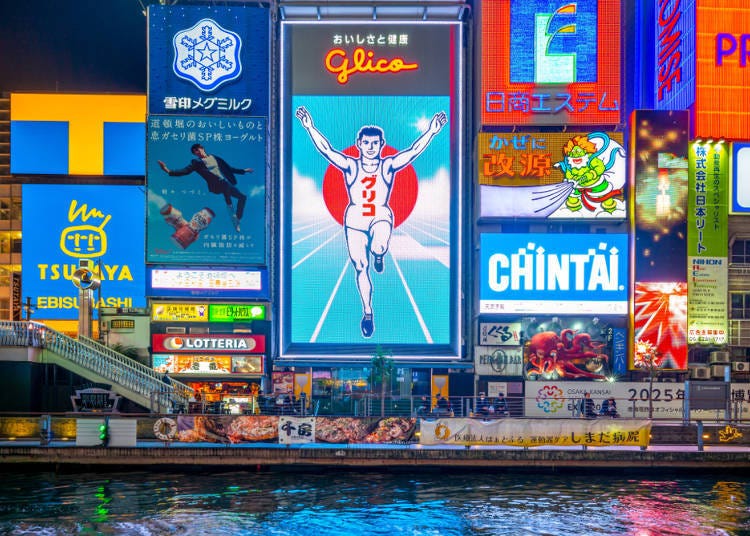 This area, known as Minami, is another downtown area, along with Kita. The areas around Dotonbori River and Ebisu Bashi-suji Shopping Street are often crowded with many people.

Hozenji (Mizukake Fudoson)
This long-established temple is located in the back streets of the old downtown area, lined with restaurants and crowded with many people. When visiting this shrine, you sprinkle the Buddha with water. Because of this, it is also known as Mizukake Fudo ("water-splashing fudo"). Hozenji Yokocho, the path which leads to the temple, has two narrow roads, one on the east and the other on the west. There you can find restaurants, bars, and okonomiyaki shops.

Dotonbori
This is one of the signature areas of Minami. It is home to huge 3-D signboards and is a popular photo spot for many tourists. In addition to local foods such as takoyaki and ramen, you will also find plenty of souvenir shops. 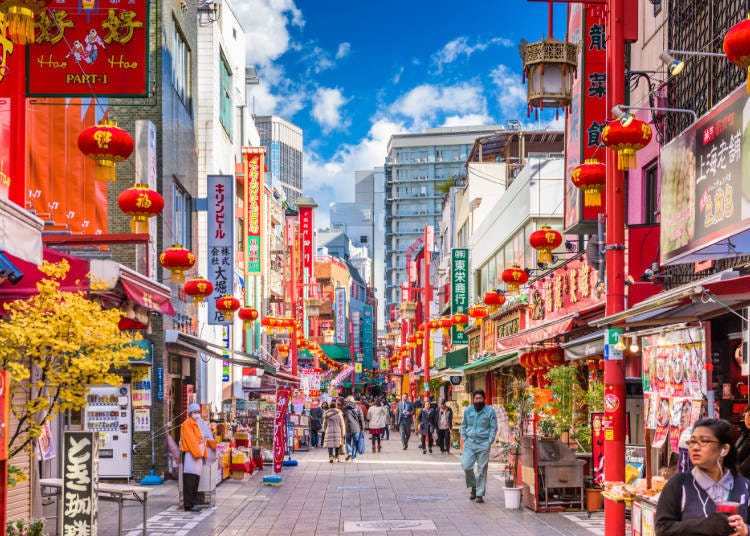 Kobe City is a relatively compact port city in Hyogo Prefecture, with the Rokko Mountains towards the north and the sea in the south. There are many chic cafes and shops that can be found here.

Ikuta Shrine
This shrine is located about 10 minutes on foot from Kobe Sannomiya Station towards Yamate. It is popular with young women, as it is said to bring good luck in love and marriage. Behind the main shrine is the Ikuta-no-Mori pond, where you can have your fortune told with the 'Mizu-mikuji,' or water-fortune-telling.

Motomachi Shopping Street
Commonly known as 'Motoco,' this shopping street is located under the elevated railway that runs from JR/Hanshin Motomachi Station to JR Kobe Station. Unique shops line the road under the tracks from Motomachi to Sannomiya. The chaotic atmosphere of the backstreets, full of restaurants, old record shops, and miscellaneous goods, is also popular with tourists.

Nankin-machi
This is one of Japan's three largest Chinatown areas, along with Yokohama and Nagasaki. The streets are lined with shops selling goods such as pork buns, steamed buns, and dumplings, so you can enjoy snacking as you walk or enter one of the shops for a full course meal. 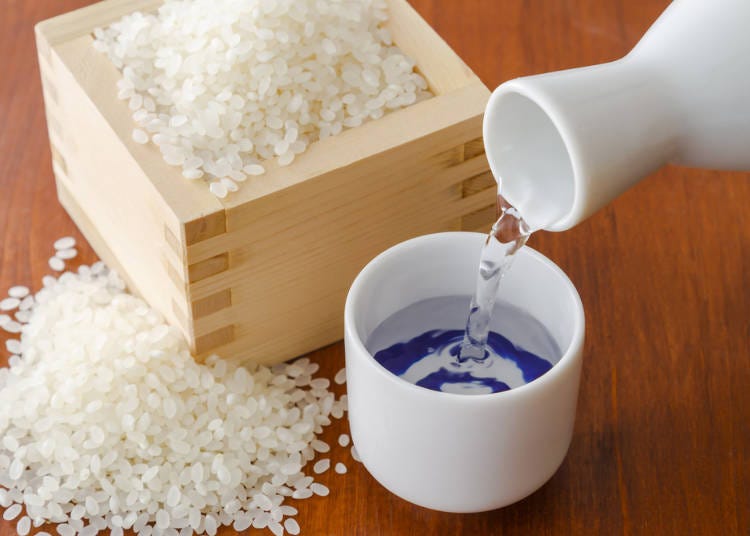 Many of the sake breweries, such as the Kiku-Masamune Sake Brewery Museum, offer facility tours and have shops where you can directly purchase their products. If you can, be sure to pay a visit.

Kiku-Masamune Sake Brewery Museum: See How Some of Japan's Best Sake is Made 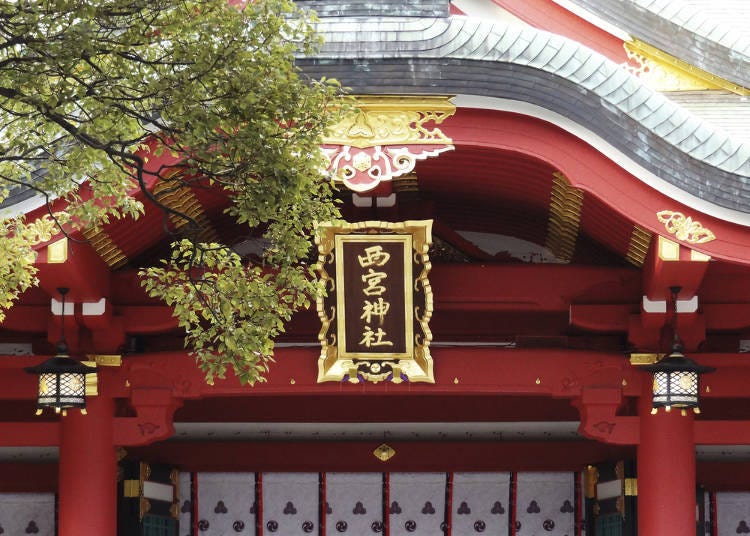 Nishinomiya Shrine
This is the main shrine of all the Ebisu Shrines nationwide. Ebisu, also known as Ebessan, is said to be the god of prosperous business and brings good fortune. Every January 9, 10, and 11th, a special Shinto event called the Toka Ebisu Festival is held. During this period, nearly 1 million people visit to pay respects. 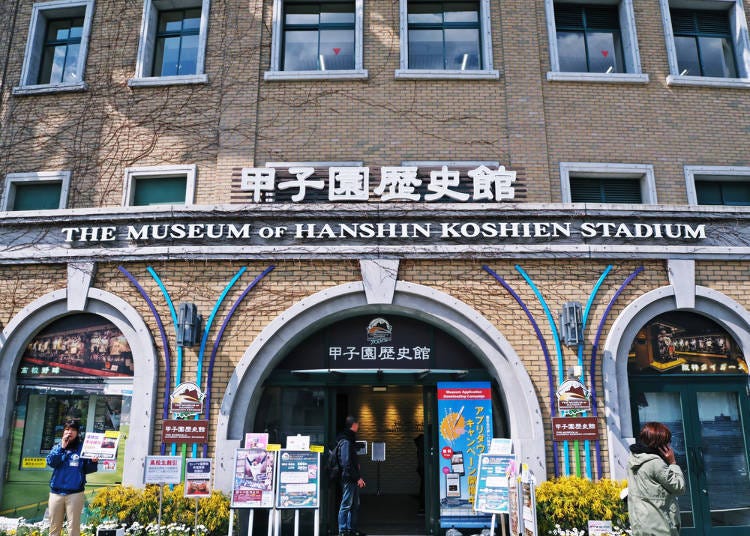 Hanshin Koshien Stadium
This baseball field was established in 1924. Japan tends to go crazy with its spring and summer high school baseball tournaments. At the Koshien History Museum, you can view exhibits of materials related to high school and professional baseball by the Hanshin Tigers and purchase memorial goods. There is also a reservation-only stadium tour, where you can see the backyard, which is usually off-limits.

The Hanshin Electric Railway, which connects Osaka and Kobe, is a very convenient line. You can easily travel to Nara and Himeji without transferring to trains from other companies.

The fare is also cheaper than the JR Line. The JR train fare from Osaka to Kobe is 410 yen, while using the Hanshin or Hankyu Line will only cost you 320 yen from Osaka Umeda to Kobe Sannomiya. (Note however that you cannot use the Japan Rail Pass on these private lines.)

Enjoy your trip around Osaka and Kobe using the convenient and affordable Hanshin Line.

Getting Around Osaka: Transport Tips & Public Transportation Guide to the Osaka Metro Area
*This information is from the time of this article's publication.
*Prices and options mentioned are subject to change.
*Unless stated otherwise, all prices include tax.