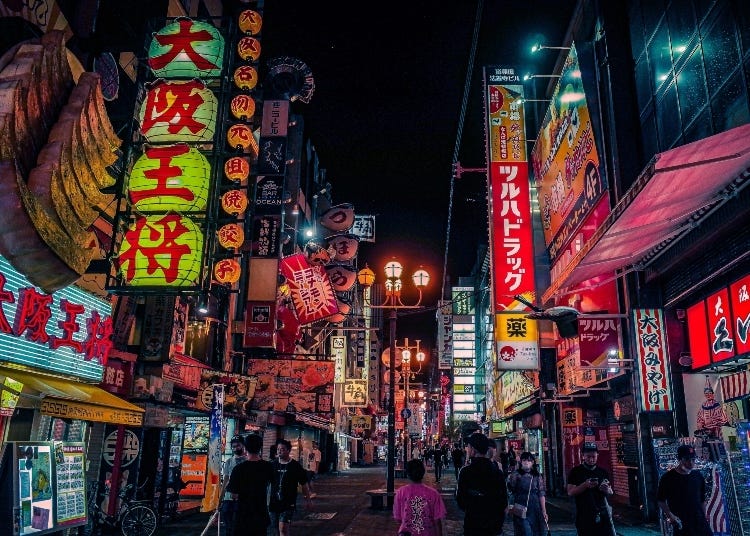 8 Cool Things to Do in Osaka

There are so many things to do in Osaka for your bucket list! Osaka is a huge city in western Japan that's filled with so many fun things to do, see, and eat. With plenty of shopping districts and outlets, it's a paradise for fashionistas. And on its outskirts are pockets of beautiful nature, including historical buildings, that you'll love exploring.

We've picked up some of the fun things to do in Osaka for this list. Let's jump right in! 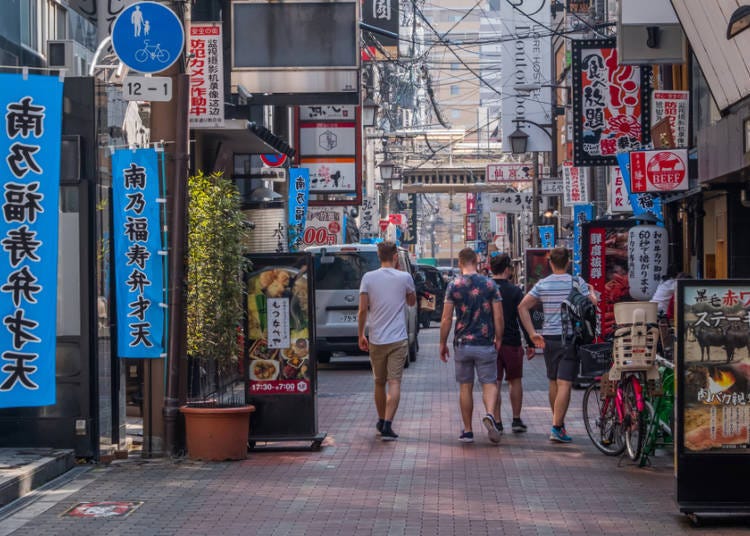 Kita has department stores and an underground commercial area around its terminal, conferring to it an air of classiness.

In Minami, Shinsaibashi has streets lined with brand stores, while Nanba has department stores, underground areas, commercial districts and every kind of store you can think of, giving it a very Osakan vibe.

The city boasts other storied locations to visit such as Osaka Castle, Sumiyoshi Grand Shrine, and leisure spots such as Universal Studios Japan and the Osaka Kaiyukan Aquarium.

Get around easily with the Osaka Metro!

Umeda Station of Kita and the Shinsaibashi/Nanba Stations of Minami are about 10 minutes apart by the Midosuji Line. Since Shinsaibashi and Nanba Stations are separated by a commercial district, it’s definitely something you want to enjoy a walk through.

After recent construction, the popular Osaka Castle Park is now only 10 minutes from Osaka Station by the JR Kanjo Line. Checking out the castle, then wandering through the park sounds like a good time! 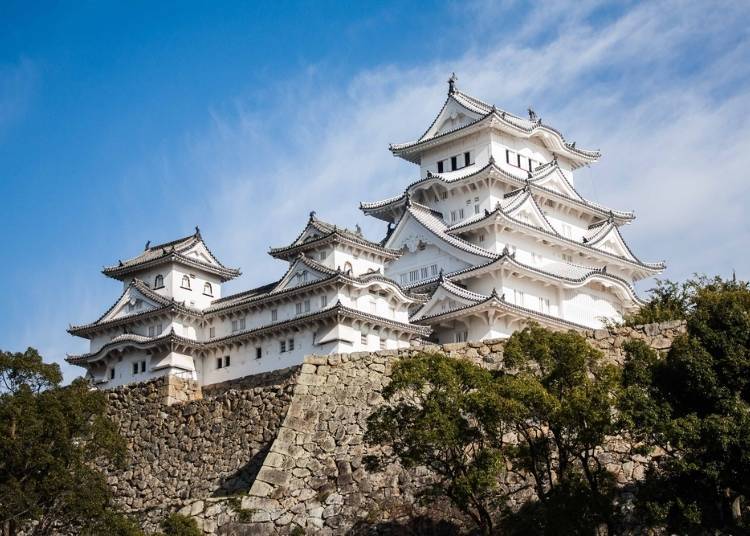 Osaka Castle is a symbol of the city, and was the castle of a key Japanese warlord during the Sengoku era, Toyotomi Hideyoshi. It has been destroyed by war and nature twice, but was rebuilt with donations in 1931, leading it to its present state. It was heavily renovated from 1995 to 1997, making it easier to navigate.

An elevator was constructed in the Tenshukaku (Main Tower) up to its 8th-floor observation deck with all sorts of documents displayed within, allowing you to study Osakan history.

In the main area around Tenshukaku you can see the Sakura-mon Gate, the Takoishi, and the Kinzo, a vault made by the Edo Shogunate in 1751. Furthermore, you can take a look at the patterns in the Kokuinseki Clearing – patterns carved by the daimyo that made the castle walls when it was rebuilt during the Edo period. 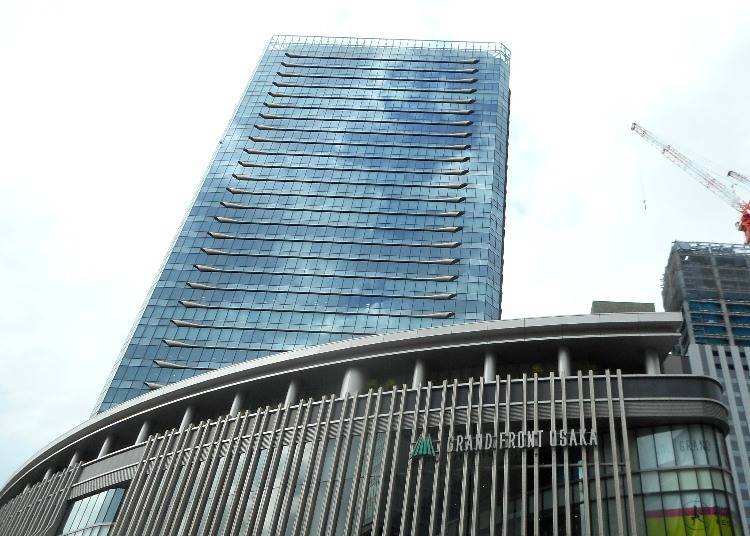 Kita’s foremost location is Grandfront Osaka, the large commercial facility by JR Osaka Station. Found on the north side of the station, there’s a lot to enjoy inside: Great food, fashion, and culture.

Lucua, the JR Osaka Station building, is filled with shops popular with young people. Paruchika in the second basement floor is a popular spot, too, with all sorts of food and drinks to be sampled or eaten.

Conveniently Connected to Osaka Station! The Most Popular Spots at Grand Front Osaka 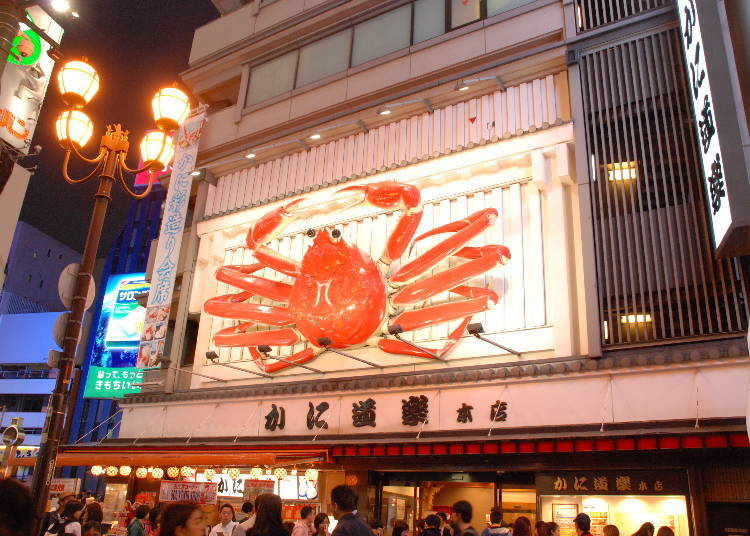 Dotonbori is Minami’s most thriving commercial area, known for its dramatic, flashy signs like Kani Doraku’s and Glico’s. With plenty of restaurants, it’s a busy place no matter the time of day. During the Meiji Era, the Five Dotonbori Theaters lined the area, and plenty of restaurants aiming for profits that would come with those audiences.

One of the area’s most notable sightseeing spots is the trail that lines both sides of Dotonbori River, the Tombori Riverwalk. You can relax in a nearby restaurant or cafe, watching ferries of tourists slowly go by, or enjoy the sight of neon lights reflecting in the water at night. 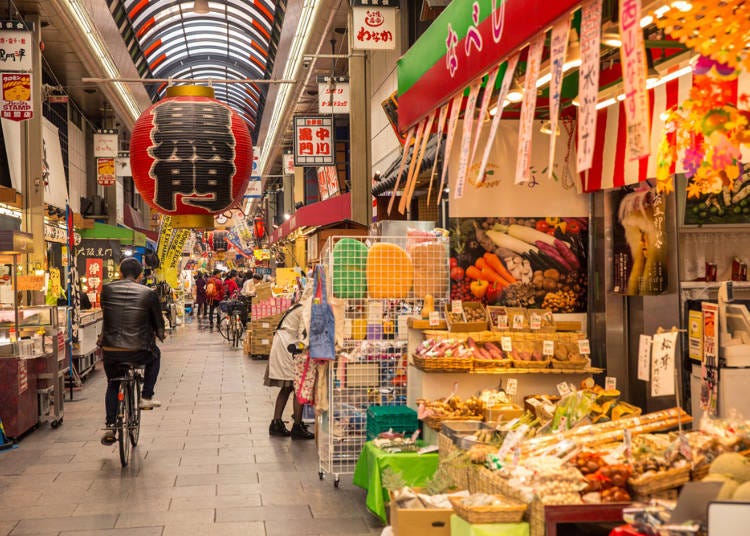 Kuromon Ichiba Market, a place with all sorts of food for sale, is five minutes southeast of Dotonbori. Established in 1822, it was a place where professional cooks would come to buy ingredients. In modern times it is a place to walk and eat, popular with tourists as well. You can buy fish and sushi dishes, seafood, pleasantly portable skewers, as well as sit down and eat... Kuroman has it all. Enjoy the sound of vendors hawking their food as you walk along!

From Seafood to Beef: Why Osaka is in Love with Kuromon Market, the Kitchen of the Town 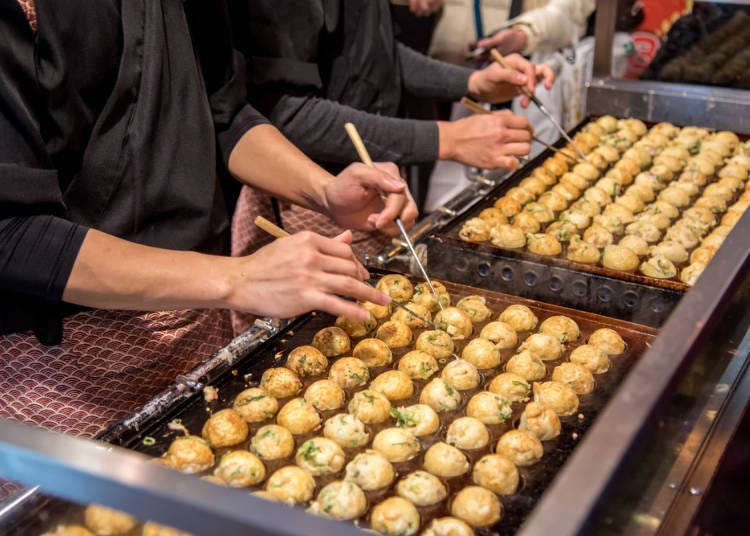 Takoyaki are round, fried dough balls with octopus in them, known to be a food that represents Osaka. They used to be flat with red meat and tasted of soy sauce, but in 1948, after the invention of tonkatsu sauce, this form of takoyaki spread throughout Osaka like wildfire, quickly becoming the city’s soul food.

Plenty of stalls selling them appear in commercial districts and shrines, and they are enjoyed as a light snack. Though some establishments only put octopus inside, others put in green onions or konjac.

The takoyaki landscape has a diversity of variations. While it is customary to put on a slightly sweet sauce with bonito flakes and seaweed, there have been other toppings of late, such as salty lemon, ponzu sauce, or pepperoncino spices.

What is Takoyaki? All About the Delicious Japanese Octopus Balls!

6. Go out at night and grab some kushikatsu! 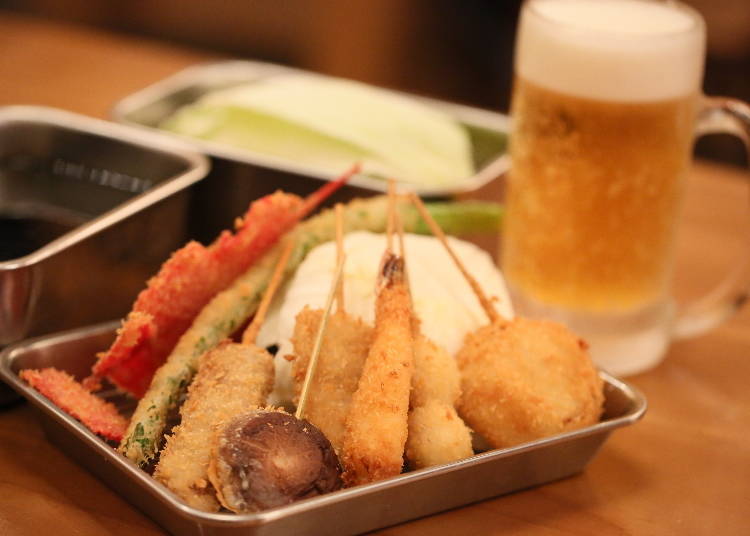 Kushikatsu is said to have started in Osaka’s workers’ district, Shinsekai. There are plenty of types – meat, seafood, vegetable, egg – but among them all, the most Osaka-ish is the beni shoga kushikatsu. The spice of the ginger and the plum vinegar’s sourness make the katsu all the more crunchy. The thick sauce really adds to the flavor, as well.

By the way, most establishments offer free cabbage with their kushikatsu, allowing diners a way to cleanse their palates in between skewers. It also lets you avoid double dipping by scooping up sauce with fresh cabbage leaves after you’ve already taken a bite from the skewer you dipped.

7. Get some fun souvenirs with Osakan humor 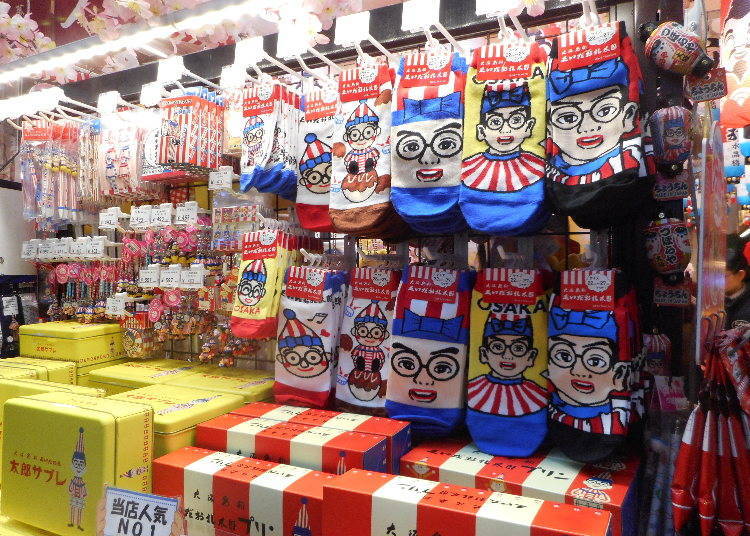 Osakans love to laugh! And a perfect way to express that via souvenir is through merchandise based off of famous Osakan characters. Take for example Dotonbori’s Kuidaore Taro and the sandals and snacks fashioned after him. They boast a powerful impact and popularity with tourists.

In Nanba Grand Kagetsu, in Sennichimae, you’ll find the Yoshimoto Entertainment Shop, an establishment that deals in snacks and stationery fashioned after popular performers, with humorous designs you don’t need to be in tune with celebrity culture to like!

Furthermore, department stores have food courts in their basement floors, filled with branches of famous establishments from all over, as well as national chains. There are Osaka-exclusive snacks, Japanese sweets from veteran makers, popular western treats... You’ll find a lot to pick from, so you’ll be sure to find the perfect souvenir for whoever you’re giving it to! 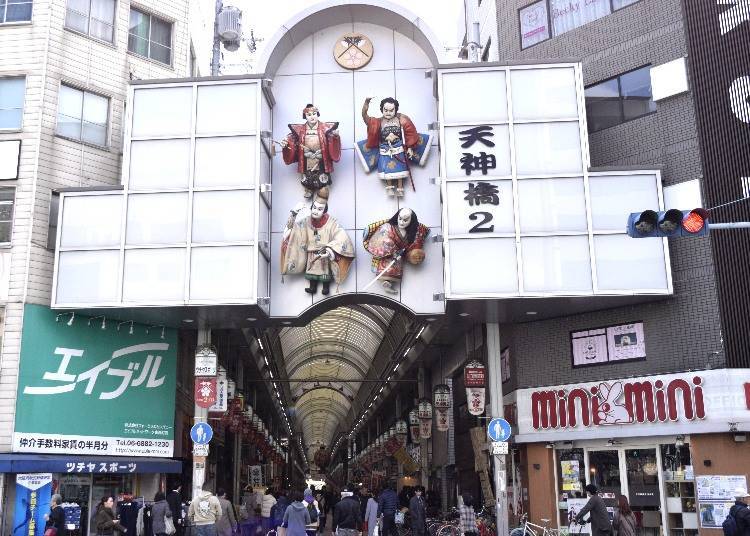 Osaka’s terminal stations have department stores and appliance shops in them, making them handy spots to get some shopping done. Also, you can’t forget the commercial districts next to the stations, of which there are plenty in Osaka.

They each have their own traits and qualities, enough to make them sightseeing spots of their own. They have an old-timey Osaka feel to them and burgeoning popularity, enough to draw major drugstores to them, which draw tourists in turn. There are a lot more duty-free shops nowadays as well, meaning more are seeking to buy Japanese brand goods.

Make your trip extra memorable by booking one of these recommended tours!