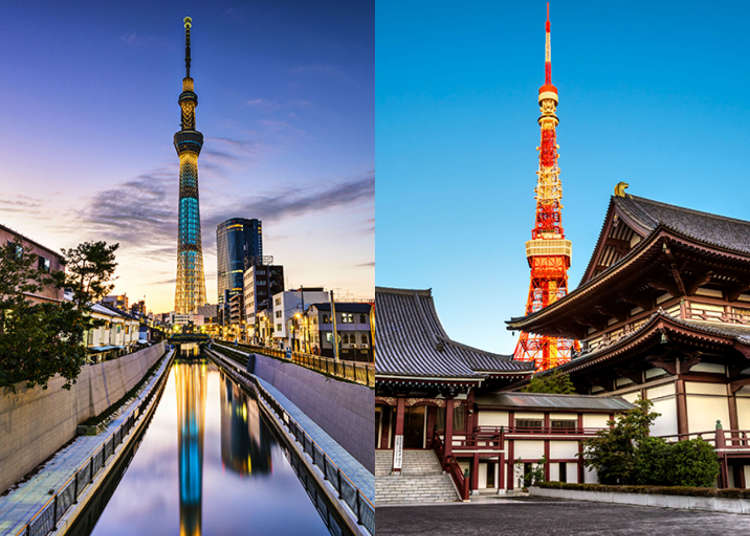 Tokyo Tower has been a symbol of Japan since it began overlooking Tokyo in 1958. In 2012, a new symbol of Japan took form with the completion of Tokyo Skytree. Both function as telecommunications towers, and their beautiful appearances adorning the city also make them highly popular Tokyo tourist spots.

So, which is the true symbol of Tokyo? What are its attractions? Do their colors and illuminations have any meaning? What is the best way to enjoy them both? Let’s take a look at and compare the attractions of each. 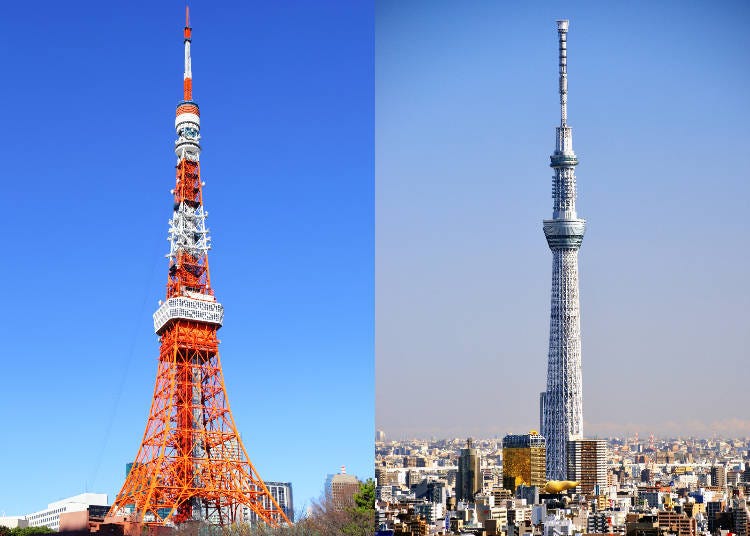 Percentage of Foreign Visitors
Around 35%

Percentage of Foreign Visitors
Around 20% 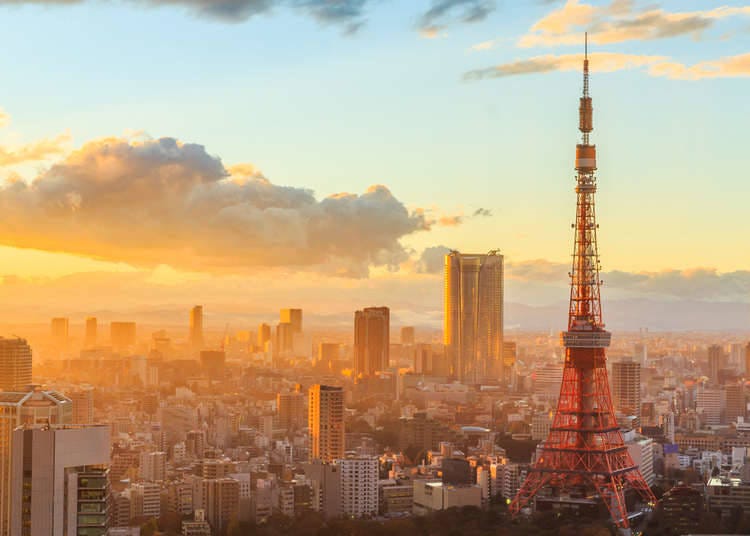 There is more to enjoy than just the view! Each tower has a number of facilities within it, including gift shops, restaurants, theme parks, and an aquarium. Take time to visit these areas, too, to make your visit even more memorable. 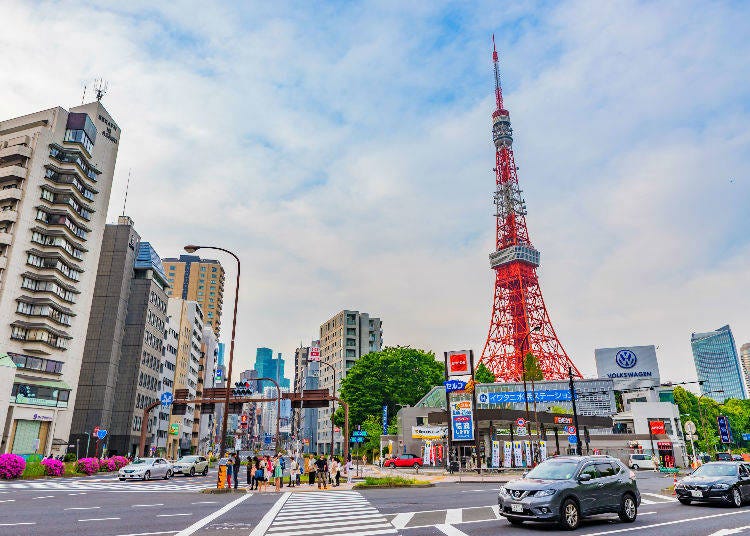 There are attractions here that you cannot enjoy anywhere else: live entertainment, special events, shops, restaurants, and cafes. There are also translation services such as QR code readers and animations with subtitles enabling visitors from abroad to enjoy them, too.

Here you will also find limited edition goods and whether you are a fan or not, this is one area we highly recommend you visit when you come to Tokyo Tower. 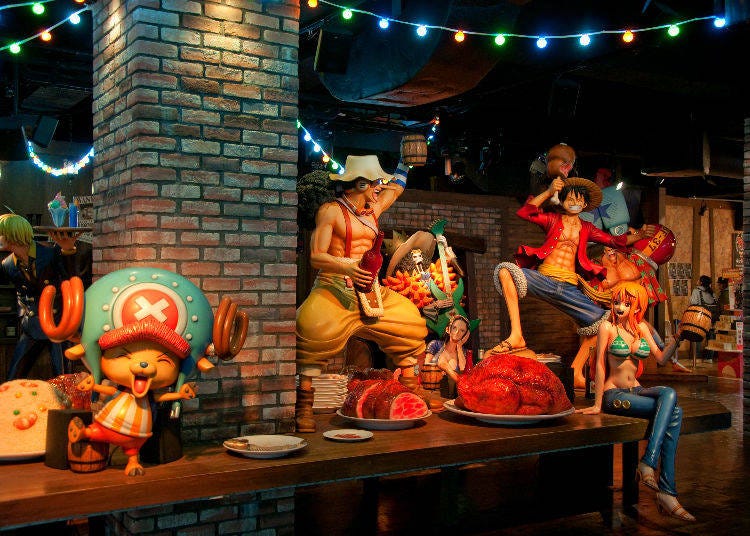 More than 900 varieties of aquarium fish from around the world numbering 50,000 in total are on display. Said to be one of the largest displays of its kind the narrow tanks are skillfully arranged in the facility. Not only are there unusual fish on display that you are unlikely to see in other aquariums, but even more surprising is that it is even possible to purchase the fish being displayed. The background music for each section has been selected for each region and there are explanations about the natural habitats of the fish. 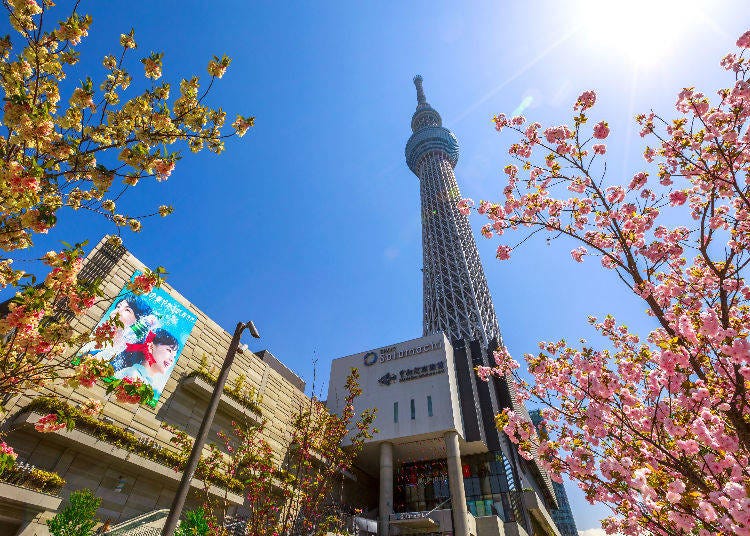 Experience the feeling of a star-studded sky enhanced by light, music and computer graphics. There is also an aromatic healing program that provides a very relaxing experience. 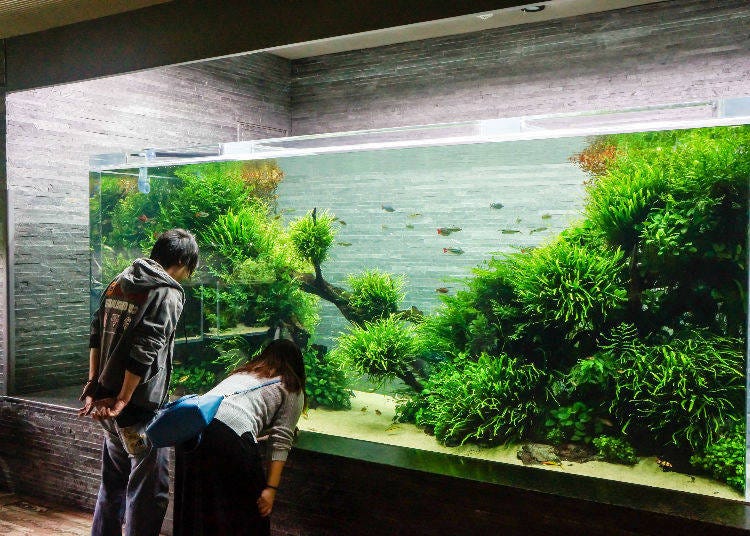 The water in these tanks use sea water artificially made (excluding fresh water tanks). It is one of the largest indoor open tanks in the country enabling you to see penguins and fur seals up close and in the park yard zone you can tour the area where the animals are kept.

Why Were Tokyo Tower and Tokyo Skytree Built? 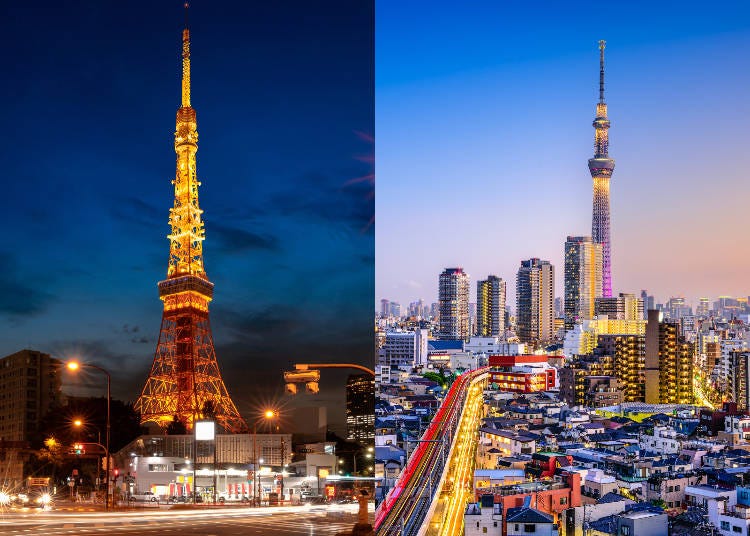 Both were built to be used as telecommunications towers. When Tokyo Tower was constructed in the 1950s, Japan was just in the midst of economic recovery. At that time there were TV radio towers in six locations, but a single tower capable of covering all areas would need to be more than 300 meters tall.

At that time, Japan wanted to make a tower taller than the 312-meter tall Eiffel Tower to make it the tallest in the world. For 60 years Tokyo Tower has represented the realization of those dreams and continues to be a symbol of Japan. After the construction of Tokyo Skytree was completed in 2012, which made it the tallest tower in Tokyo, Tokyo Tower assumed an auxiliary role for use in times of disasters. 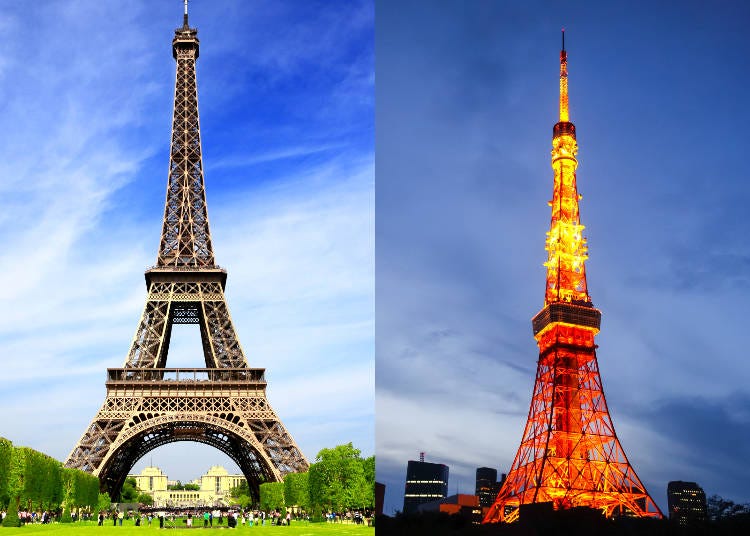 Do you notice a resemblance between the Eiffel Tower on the left and Tokyo Tower? 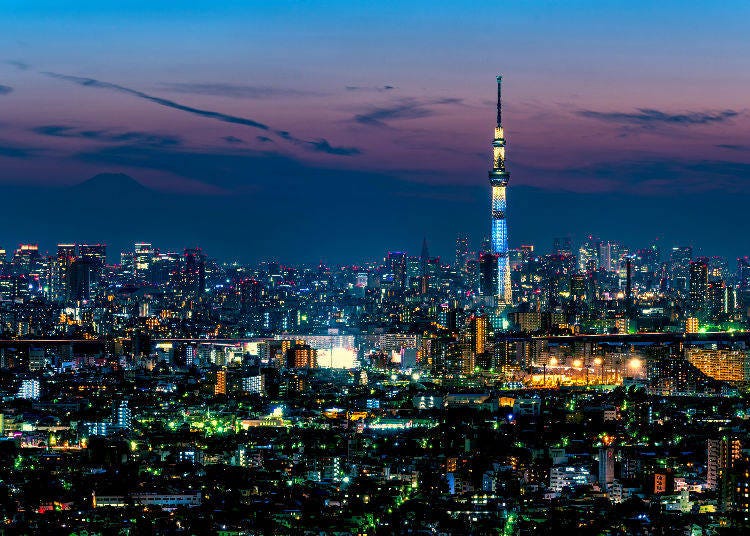 In order to keep up with the changing times, a taller telecommunications tower was needed, and when its construction was completed in 2012, Skytree Tokyo assumed that role. Situated in the middle of Tokyo, a forest of skyscrapers eventually arose around Tokyo Tower making the broadcast of radio waves more difficult. Also in 2006 one-segment broadcasts and multi-media broadcasting began for handheld devices, so to meet these new needs, a tower more than 600 meters tall was needed. After that, tall towers sprang up around the world, but when Tokyo Skytree was completed in 2012 it became the tallest in the world. Currently NHK and five commercial networks use the tower for their broadcasts and it also has disaster prevention functions for use in times of disasters.

Tokyo Skytree and Skyscrapers Around the World 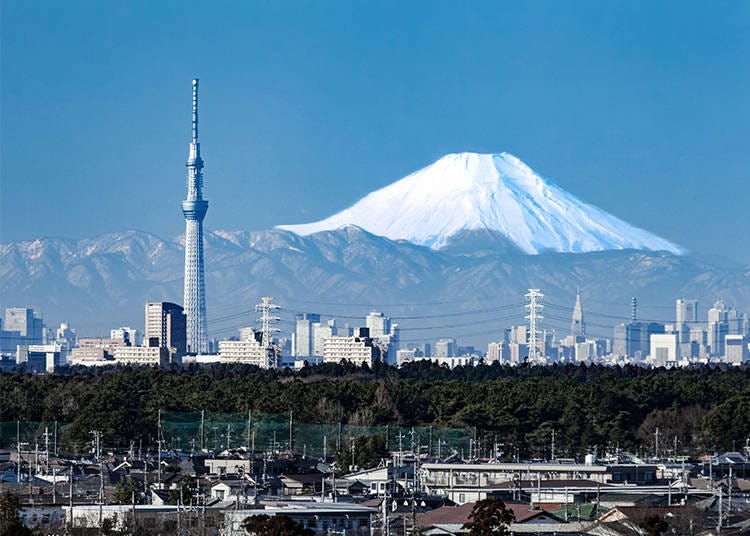 As of May 2018, Tokyo Skytree is the tallest free-standing tower (a tower excluding a branch tower) in the world and when compared to all architectural structures, it is the second-tallest overall.

There are various ways for ranking height, such as the height of the observation deck. The world has seen a surge in the construction of ultra-high buildings. Lubricated by oil money in the Middle East and the economic development of China, the record for the tallest structure continues to be rewritten.

The following is a ranking of the world’s 10 tallest towers and buildings.

The Jeddah Tower in Jeddah, Saudi Arabia is scheduled for completion in 2020. Another possible name for it being Kingdom Tower, it will be 1,008 meters tall! It will be the first building ever to surpass the 1,000 meter height and it will then be the tallest structure in the world.
The 636-meter tall Wuhan Greenland Center in Wuhan, China is expected to be completed in 2019, eclipsing Tokyo Skytree and putting it in the number 1 position. 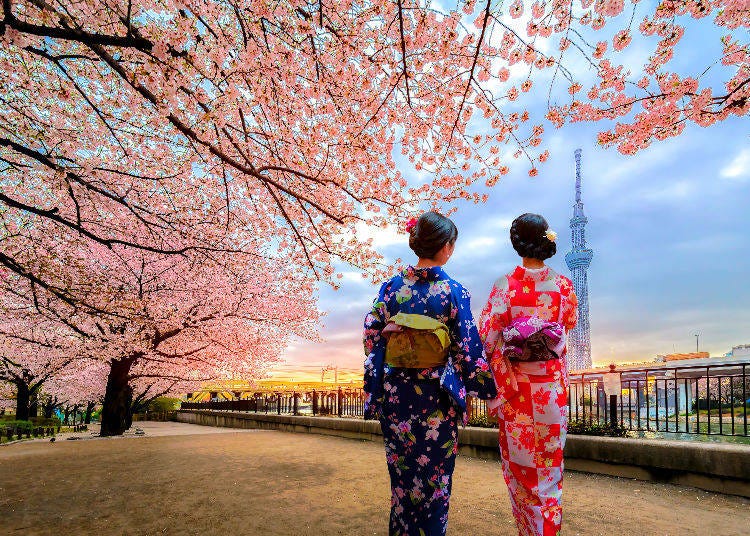 Tokyo Tower and Tokyo Skytree are the new and old symbols of Tokyo. The beautiful style of Tokyo Tower nostalgically reminds us of Japan during its postwar economic recovery and its popularity has withstood the trials of time remaining loved by old and young, men and women, and people from around the world to this day. Tokyo Skytree represents a new age with its stylish form and advanced technology that makes it capable of withstanding the many earthquakes that frequently shake Japan. Both towers are symbolic of Tokyo and afford majestic views of the city. We hope you will visit them both.