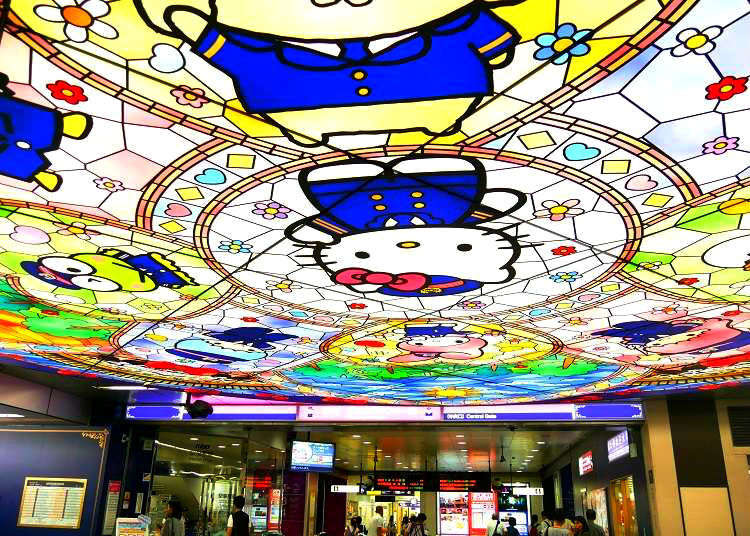 You won’t find a train station more adorable than this one! The Keio railway company recently unveiled a new look for Keio Tama-Center Station, featuring some of Sanrio’s most popular characters, including none other than Hello Kitty.

From the ticket gates to the station platform, and even a special limited train, I found some of Japan’s cutest characters in the most unexpected places! 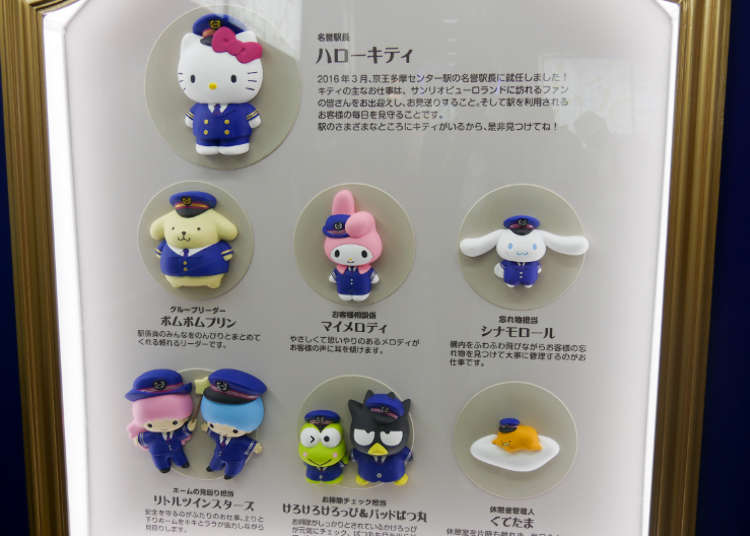 Since 1990, Tama-Center has been the go-to place for Hello Kitty fans, with the opening of Sanrio Puroland, an indoor theme park dedicated to the many characters from what may be considered the most kawaii (cute) brand in the world.

This summer, Keio Railway’s Tama-Center Station underwent a makeover to become completely decorated with Sanrio characters! Images of five of the company’s top characters dressed smartly in official Keio Corporation uniforms can be found both within the ticket gates, as well in the main area of the station.

In addition to ‘Kitty-chan’ (as Hello Kitty is known in Japan), the station features classic Sanrio characters such as Cinnamoroll, MyMelody, and LittleTwinStars, as well as the recent number one ranked character, Pompompurin. You’ll also find plenty of appearances by newcomer Gudetama, the melancholy egg character that quickly caught the hearts of fans after his introduction in 2013. 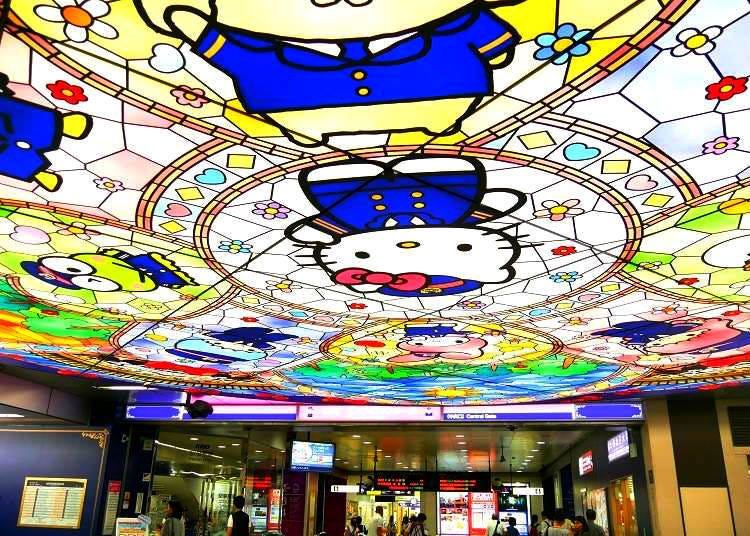 The most prominent part of the new decorations is without a doubt, the stained-glass style ceiling display in the center of the station, just outside of the ticket gates. The large and colorful piece serves as a bright welcome to all who visit.

It’s quite a change from the usual muted design typically found in train stations. There is also something a little amusing about using modern cartoon characters in a medium that was once popular in the Medieval era. 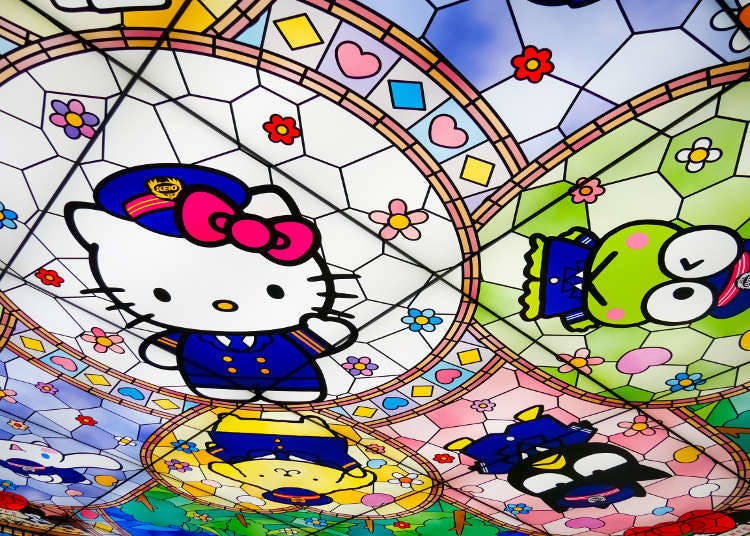 Going Up? Take a Colorful Elevator! 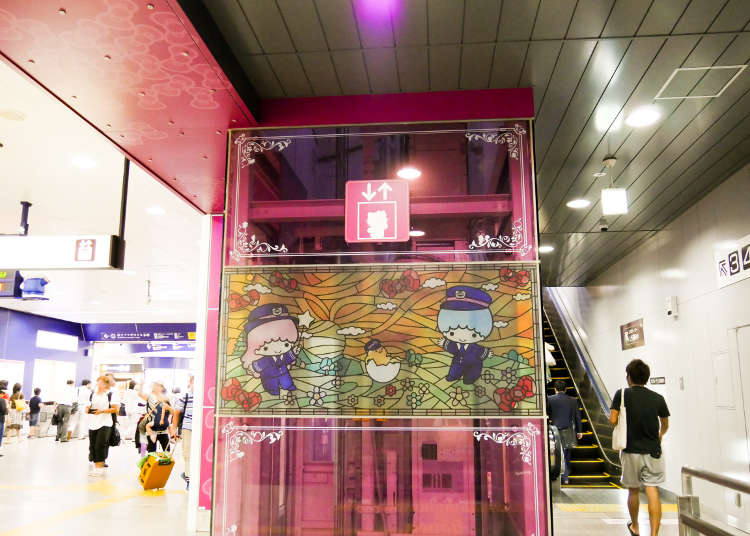 Once I passed through the ticket gates, the Hello Kitty-hunt was on! I made it my mission to search every corner of Tama-Center Station to find every character appearance. The wine-red and blue elevators stood out, not only for their striking color, but for the many characters covering them.

Sanrio Here, There, and Everywhere! 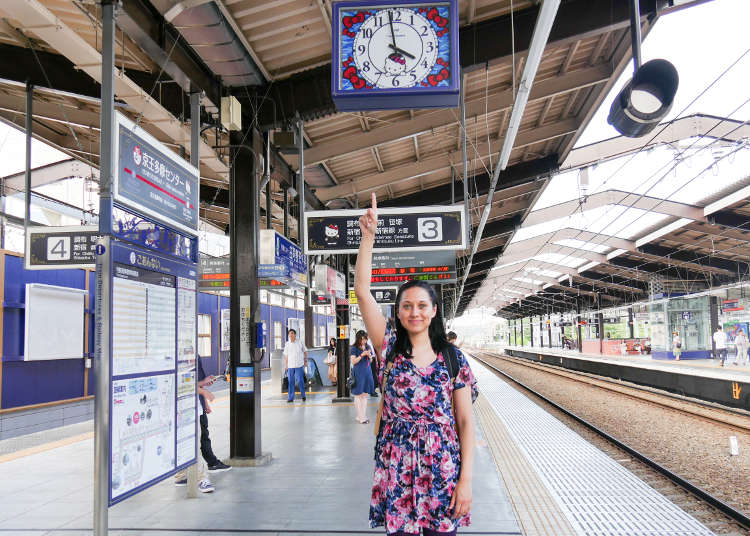 Even if you’re only a casual fan, it’s still great fun to search for all the places that the characters can be found. You’ll want to check the from the ceilings all the way down to the floors! Make sure to take a look at the cute clock on the platform. 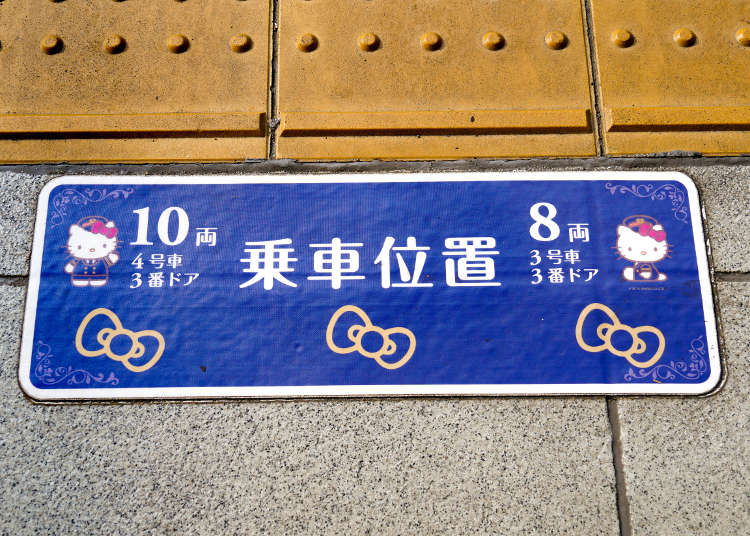 Don’t forget to check below your feet! The waiting room also is decorated with a cute kitty motif. 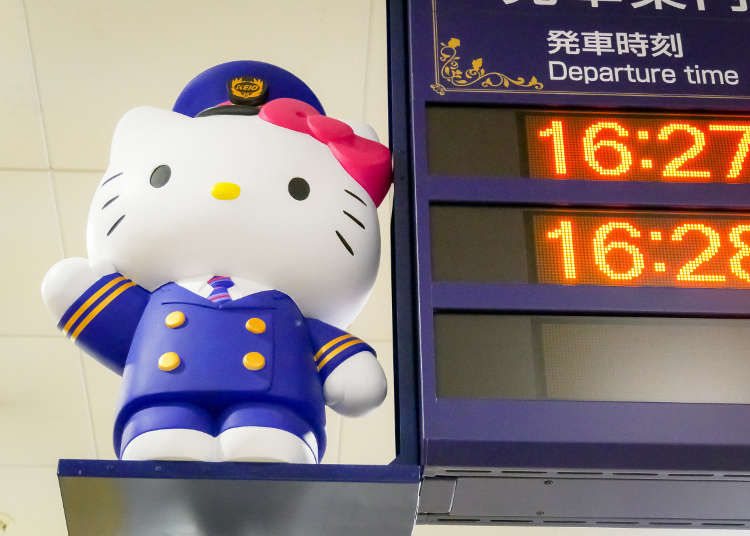 Check your train departure time to see one of the biggest Hello Kittys in the station.

Say Hello for Yourself! 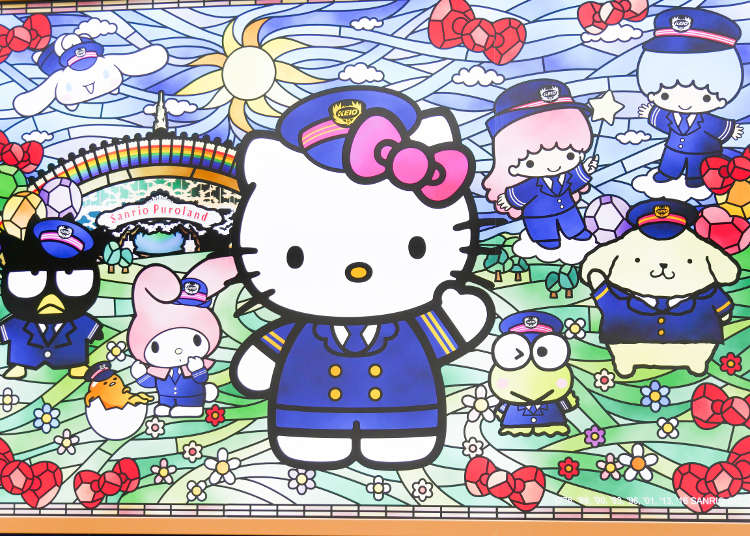 You can say hello to the Sanrio characters the next time you’re in the Tokyo area by visiting Tama-Center Station on the Keio Sagamihara Line. Can you find all the characters?

Access: About 30 minutes from Shinjuku Station on the Keio line Semi Special Express. It is a short walk from Odakyu line and Tama Monorail line at Tama-Center Station.

Tokyo Sanrio Puroland Admission Ticket and Tokyo Subway Ticket (24, 48, 72 Hours) Package
Visit Hello Kitty at Sanrio Puroland: Adults enjoy it just as much as kids do!
Tokyo Trip: Top 10 Most Popular Theme Parks in Tokyo and Surroundings
*This information is from the time of this article's publication.
*Prices and options mentioned are subject to change.
*Unless stated otherwise, all prices include tax.