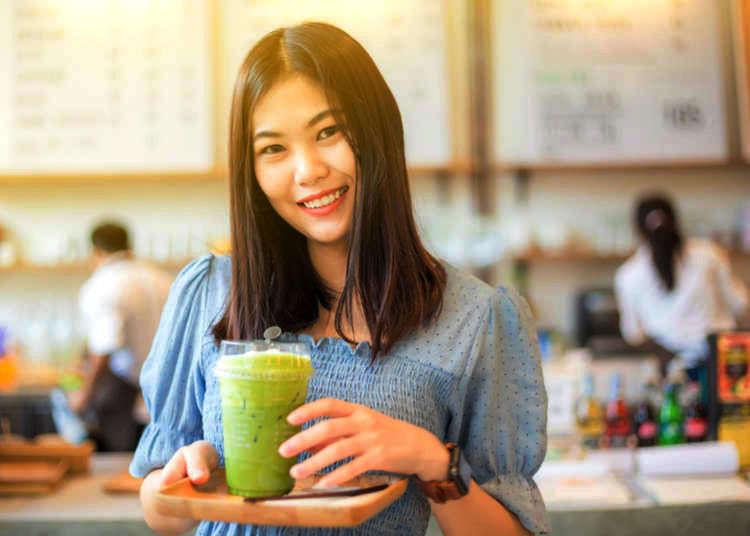 Japanese culture is one thoroughly steeped in rich history and tradition. One such tradition that seemingly pervades every aspect of Japanese society is a love affair with green tea. By and large the most popular beverage in the country, the Japanese relationship with green tea extends beyond mere drink preference and takes on an almost spiritual reverence.

While gradually gaining popularity abroad due to its numerous health benefits, green tea has yet to reach the same level of ubiquity found here in Japan. Having grown up with green tea being an essential part of their daily lives, we asked five Japanese natives about their tea experiences and how it translated during their time living abroad.

What is it About Green Tea That Makes it Such an Important Part of Japanese Culture? 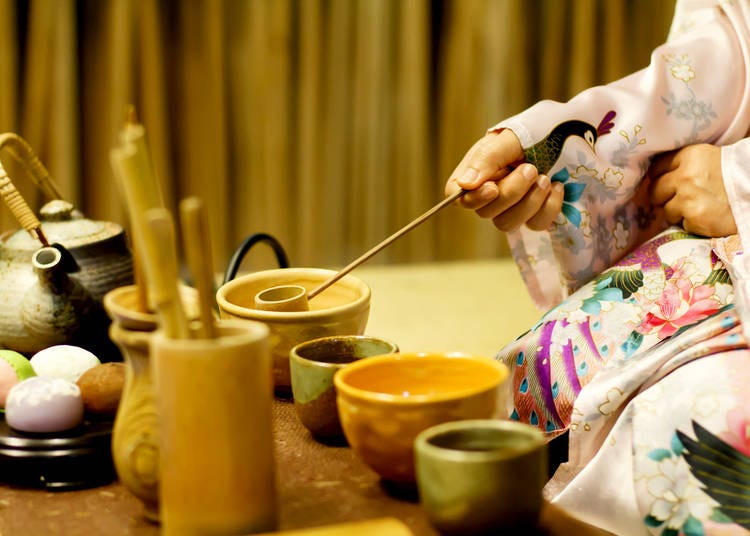 Unless actively trying to avoid it, one would be hard-pressed to get through an entire day in Japan without encountering green tea in some way. From hotel rooms, to restaurants, to office waiting rooms and everything in between, it seems there is always a pot of green tea ready and waiting to be served. How did this come to be?

(Hiroko, age 26; lived in: Australia)
When green tea was first brought to Japan, it was something that only the wealthiest members of society had access to. Because of that, it gained a reputation as something truly special. Once it became more widely available, the reputation stuck around. In Japan, showing respect is really important, so serving a guest in your home green tea was a way to show them that you honored and respected them. The practice became so common that it’s sort of second nature to us now. I think you see the same thing in places that went through similar experiences, like the UK with black tea.

Understanding green tea’s history helps to make sense of why it’s common to find not only in homes, but in places of business as well. It may no longer be the rare commodity it once was, but it still serves as a way to say, “you are a welcome guest here”.

How was the Selection of Green Tea Abroad? 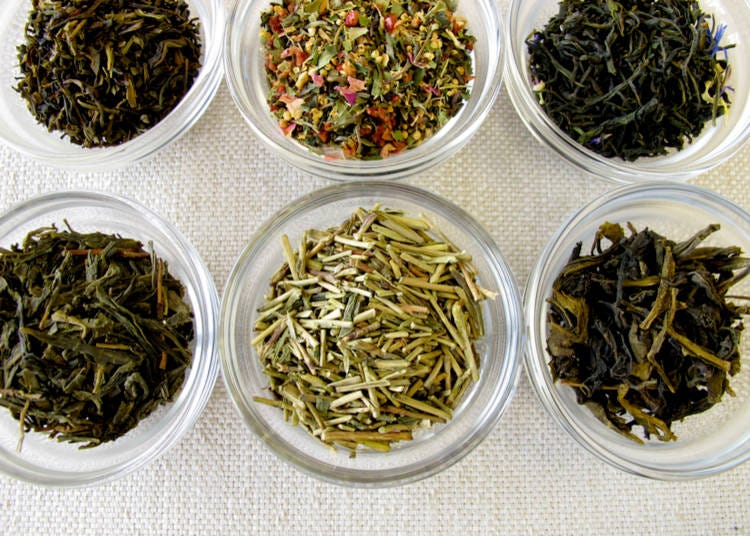 Just like coffee beans and wine, green tea comes in many different varieties as well. For many foreigners however, this may not be common knowledge. We wanted to find out what sort of options were available in different countries around the world.

(Erina, age 23; lived in: Mexico)
Green tea was hard to come by in general! When I did find it, it was just that; “green tea”. There was no explanation of what kind of green tea it was or where it came from. It wasn’t very good, so I didn’t really drink it there.

(Kana, age 27; lived in: United States)
It was easy to find in grocery stores, but sencha was usually the only option. Occasionally I would find matcha, but it was expensive. When I did find “different” green teas, it was typically sencha mixed with something like fruit or ginger, not a different variety of tea.

(Rina, age 29; lived in: United States)
My aunt had been living in the US for a while, so she knew of a specialty tea shop that had a few different types of green tea, like genmaicha and hojicha. They were really expensive though, so it wasn’t something I could get often.

What sort of options you will find abroad depends largely on where you live and the local demand for imported goods. You may luck out at specialty shops as mentioned above, but be prepared to pay a much higher price for anything other than the run-of-the-mill green tea bags.

How Does Western Coffee Culture Vary from Japanese Tea Culture? 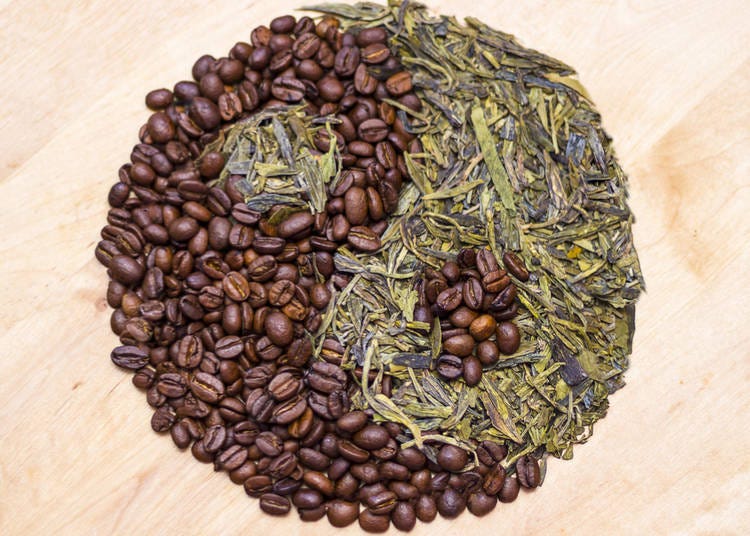 Having moved to Japan from Boston in the United States, there was hardly a day that passed where you would find me without an iced coffee in my hand. That being the case, moving to Japan was a drastic change to my daily routine. We wanted to find out what differences our Japanese natives found living in more coffee-centric cultures.

(Ikumi, age 35; lived in: Canada)
The biggest difference for me was the pacing. Unless it was served at someone’s house, coffee was something you would get to-go. I would always see people walking around with Tim Horton’s cups. It felt like they were in a rush. In Japan, you can of course buy green tea in bottles at a convenience store, but I think getting takeaway tea from a cafe is very uncommon. It’s more of something you stop and relax with.

(Ayumi, age 39; lived in: United Kingdom)
I think a lot of people drink coffee just for the caffeine. I remember some of my friends saying things like, “I can’t do anything until I have a cup of coffee”. Green tea has much less caffeine, so I think it’s less of a “necessity” for us, and more-so something we genuinely enjoy.

It would seem that the major differences between coffee and tea culture are the attitudes surrounding and perception of the drink. In the West, we tend to think of coffee as fuel to the fires of productivity, without which nothing can be accomplished. In Japan however, tea is an opportunity to relax and clear the mind.

Were There any Surprising Tea Experiences Abroad? 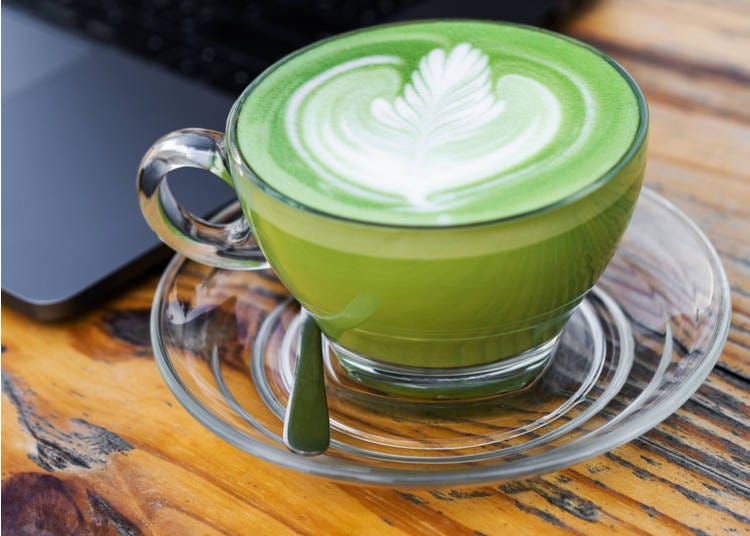 Part of moving to a new country is dealing with the inevitable culture shock that comes with it. Maybe it’s getting used to driving on the “wrong” side of the road, or perhaps it’s learning how to grocery shop again when every item on the shelf presents an unknown challenge. In this case, we wanted to know what surprised our interviewees about tea while abroad.

(Yukari, age 31; lived in: United States)
I couldn’t believe how difficult it was to find unsweetened tea in stores. In Japan, most of the premade teas you buy in grocery and convenience stores are just plain tea, but in America, most of them have a lot of sugar added to make them taste sweet. I didn’t like the taste! If there were any unsweetened teas available, it was usually a black tea.

(Hiroko, age 26; lived in: Australia)
I was surprised to see how any flavored teas are sold in stores. I remember seeing lemon, peach, ginger, mint, raspberry, and many others. I think people who haven’t grown up drinking green tea find the flavor to be bitter, so mixing it with other flavors probably makes it more approachable.

Around the world, the trend for not only green tea, but tea in general, seems to be “the sweeter the better”. Tea can be an understandably bitter drink until you become accustomed to the taste, so in countries where soda and juices are the norm, it’s easy to see why they would opt for a sweetened version.

Any Advice for People Looking to Make Green Tea a Part of Their Lives? 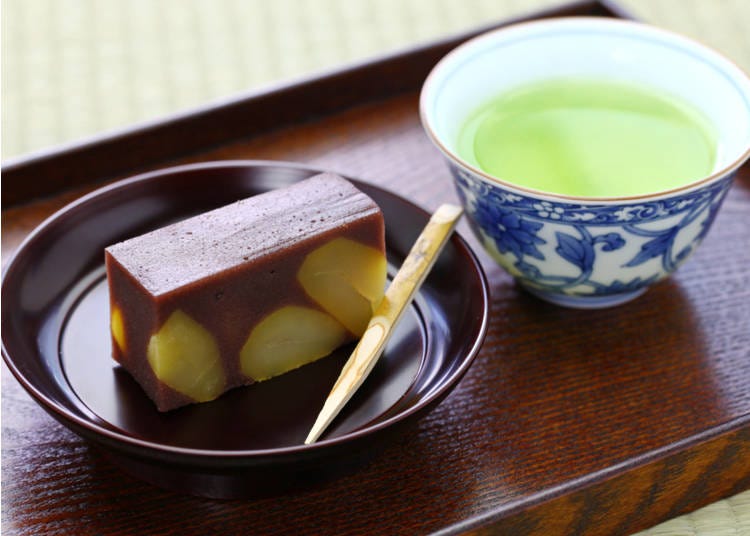 Sure, you may be aware of green tea’s numerous health benefits and want to incorporate it into your daily routine, but if you find the taste too bitter for your liking, this is easier said than done. We asked our Japanese natives for their tips on how to make green tea more enjoyable for first-timers.

(Ikumi, age 35; lived in: Canada)
During tea ceremonies, matcha is traditionally served with a small sweet, called wagashi, to be eaten before the tea. The type of wagashi you’ll get varies by the season, but the sweetness really helps to cut through the bitterness of the tea. If you go to a proper tea ceremony, one will be served to you, but if you’re drinking tea by yourself, I recommend adding a sweet snack on the side!

(Erina, age 23; lived in: Mexico)
Not every green tea is bitter! For instance, hojicha is a roasted green tea that has a very smooth taste. It’s very popular with younger children in Japan who find more bitter flavors too intense. If you don’t like the taste of sencha or matcha, try switching to hojicha or shincha instead!

Whether you’re getting ready for your first trip to Japan or simply looking to expand your beverage horizons, the road to becoming a regular green tea drinker need not be an uphill battle. By adding a bit of sweetness or finding a variety that suits your tastes better, you may find yourself trading coffee for tea in no time.

When in doubt, leave it up to the professionals. There are numerous tea houses located throughout Japan where one can take part in a traditional tea ceremony. Here, trained tea masters will prepare and serve each guest a perfect bowl of matcha and a small wagashi on the side. And if you In Tokyo’s central Shinjuku Gyoen National Garden, there are two such tea houses where you can enjoy not only the flavors, but a rich cultural experience of Japan as well.