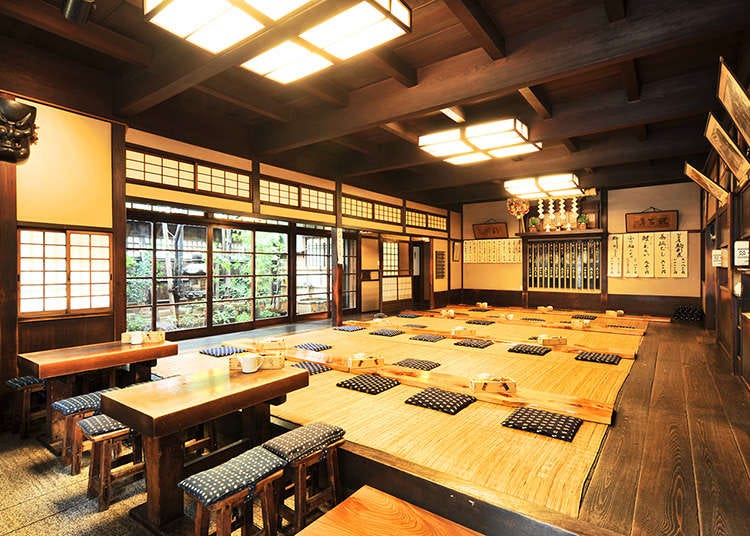 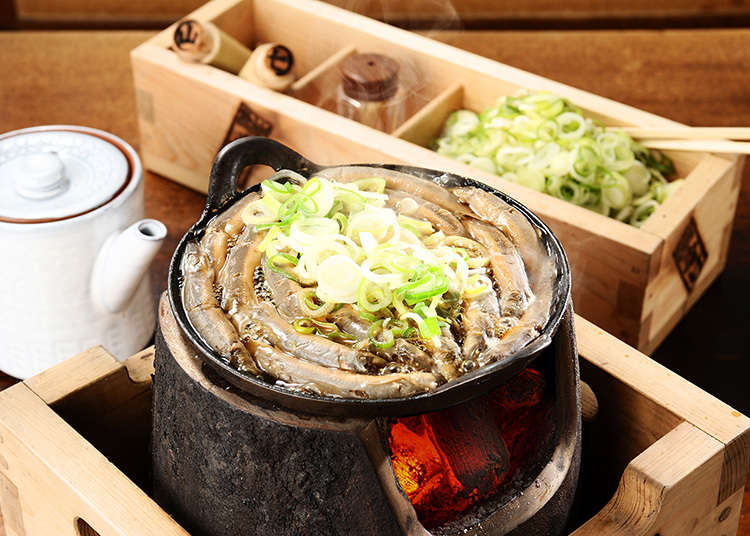 Loach was a popular food for common people during the Edo period. Originally, the restaurant was called Do-ji-ya-u, but the founder of this restaurant decided to change the name to Do-ze-u because he believed a four character name would bring bad luck (the number four is associated with death in Japan). Loach is a food rich in calcium, iron and collagen. The restaurant has served its popular loach dishes cooked to traditional recipes since the Edo period. The signature dish is Dozeu Nabe (1890 JPY), in which carefully selected loaches are put in sake until they become drunk and then cooked in sweet miso sauce and broth. You must check out the traditional Japanese style building too. 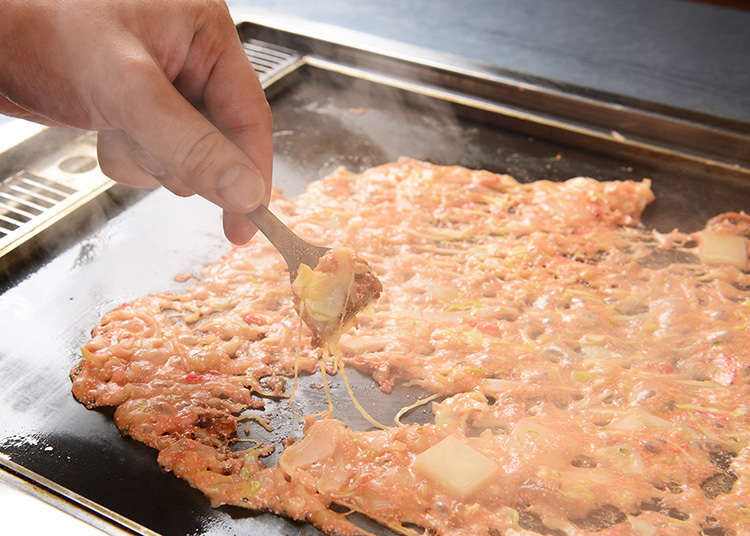 Monjayaki (Monja) is a Tokyo specialty. Shredded cabbage and other ingredients are mixed with a flour and water batter and thinly cooked on hot iron plate. The restaurant serves its original flavor Monja, as well as various other varieties such as the tokusen-monja (special monja, 1674 JPY) which has a miso flavor. Various other dishes such as okonomiyaki savory pancake, fried soba noodles, and fried udon are also available. It is conveniently located nearby the Nakamise-dori shopping street leading to Senso-ji Temple and is always crowded with many customers. 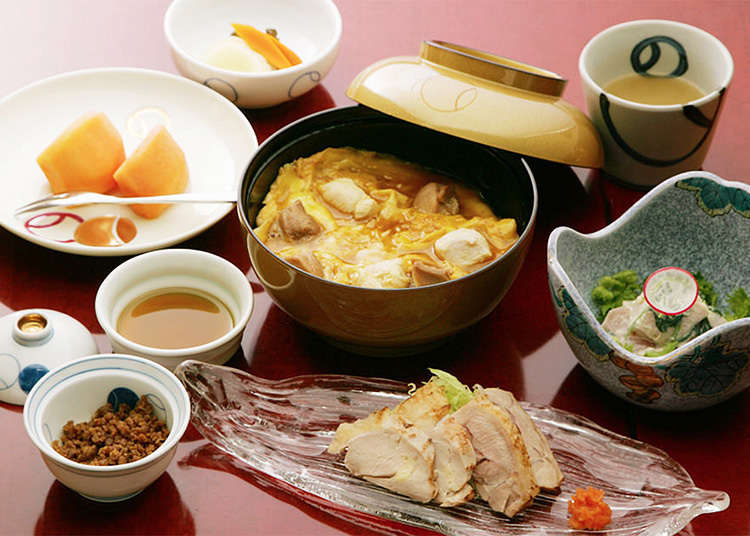 This Shamo chicken restaurant was founded in 1760 by Tetsuemon Yamada, who was serving as a hawker for the Edo Shogunate. They use Tokyo Shamo chicken, a new breed of the Shamo chicken that was first brought to Japan in the early Edo period. Shamo Nabe (price from 16,200 JPY), in which Shamo chicken is cooked in a strongly flavored sauce, is said to have been the inspiration for sukiyaki hot pot. The restaurant is also famous for being the first restaurant to serve oyako-don (1500 JPY), a bowl of rice with Shamo chicken omelet cooked with the sauce. People always queue up for the oyako-don in the restaurant in Nihonbashi. At this famous restaurant, you can thoroughly savor the traditional chicken dishes which have been served since the Edo period.