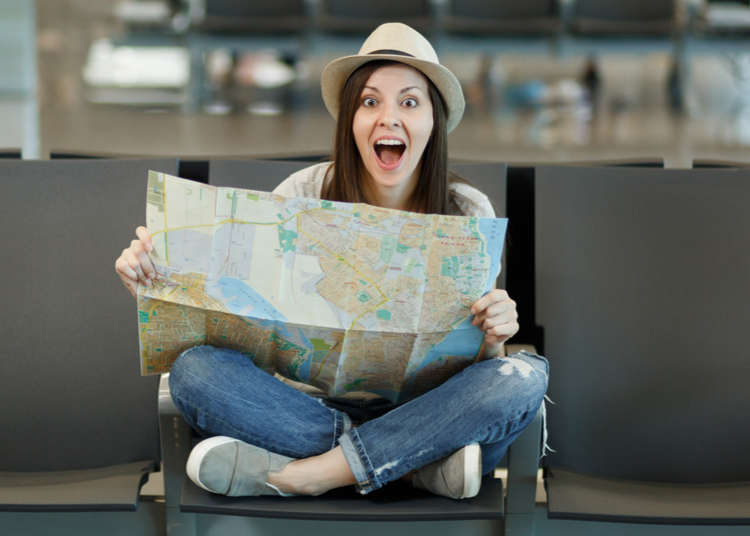 'They Have Showers HERE?!' 5 Things That Shocked Foreigners at Narita Airport

Here we interviewed people who used Narita Airport coming from France, Australia, and America. (Each comment reflects their personal opinion).

*Interviews took place before the spread of covid-19.

1. There is a Shower Room Outside of the Lounge 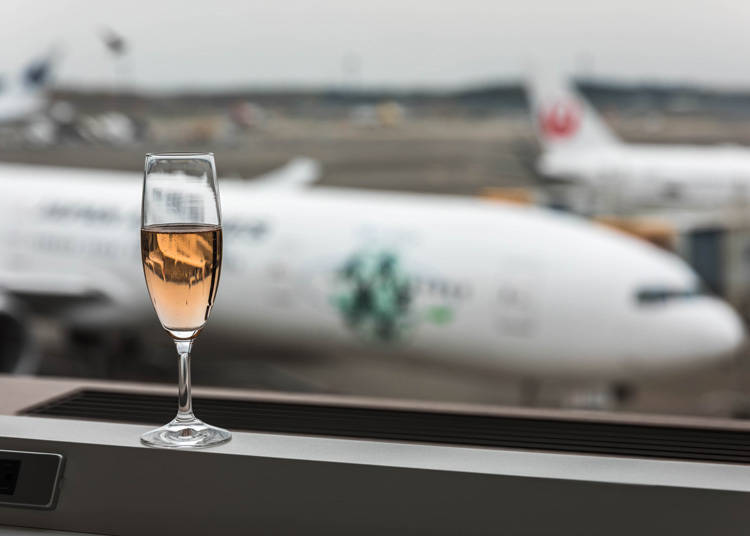 So first off we asked whether out interviewees found the airport convenient from the get-go.

“I think Narita Airport is convenient. It costs money but the fact there was a shower was surprising! You can use it without even going into the lounge. After a long flight, it’s very convenient.” (French woman).

“I think it’s convenient. I was especially surprised by the restrooms. Some cubicles could fit suitcases and even in the men’s toilet, there was a table for you to change nappies. They took into consideration a lot of different people’s needs.” (Australian man)

“There were a lot of cheap and delicious restaurants, so it was convenient. I couldn’t choose between sushi or soba, but I ended up having sushi. It was one of those stores where you sit at the counter, and they make it in front of you. I was impressed that even though you’re at the airport, you could eat authentic sushi.” (American man)

Skytrax, who reviews and ranks airlines and airports around the world, ranked Narita Airport among the top 10 in the 2019 World’s Top Airports Awards. Within the rankings, there are also other categories, and Narita Airport was selected as second in the World’s Best Airport Dining category.

Narita Airport has nearly 100 restaurants, starting with Japanese food that is popular with foreigners; there are also western, Chinese, ramen, cafes, and bars. All the shops even have a good reputation for their flavor, so we can totally agree with the American man we interviewed who had trouble choosing a restaurant.

2. Japanese Care and Service is Incredible! 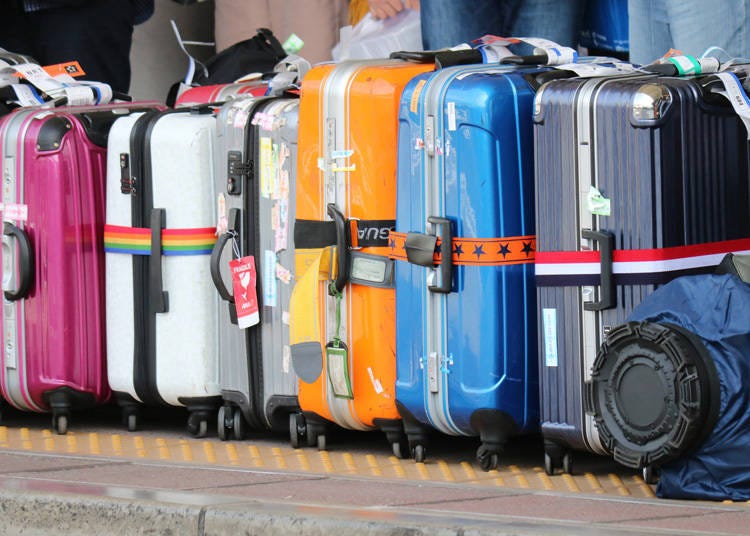 “I was surprised that there was no damage to my suitcase. I can’t see or can confirm what they’re doing, but I think that they take great care in handling luggage. When you go to the luggage pick up, the suitcases are neatly linked up, and the handles are facing upwards. That’s the great thing about Japan.” (French woman).

“At Terminal 2, there are a lot of toy vending machines, which is a lot of fun. I had some change left over, so I gave it a go. It’s small, so it would make a good souvenir.” (Australian man)

Skytrax also has a ranking for Best Baggage Delivery, where Narita was ranked in second place. Within the same rankings, Kansai International Airport came in first, Haneda Airport was third, with Centrair Nagoya 4th with all top 4 spots taken up by Japanese airports.

The reason for Japanese airports and their high ranking for baggage delivery is the staff’s high sense of handling. The airport staff in Japan are always thinking about making sure the luggage makes it to the destination without any issue. They take great care in their work and think about where everything should go every day, like light, and delicate goods are placed carefully into higher compartments and being conscious of the size of baggage that flows down on the carousel.

Just as our French interviewee said, it’s the diligence of the airport staff that earns this kind of praise from foreigners such as “Japanese staff are hard-working so they will take care of my luggage!” and “They are professional! They should share this mindset with the airport staff around the world!” 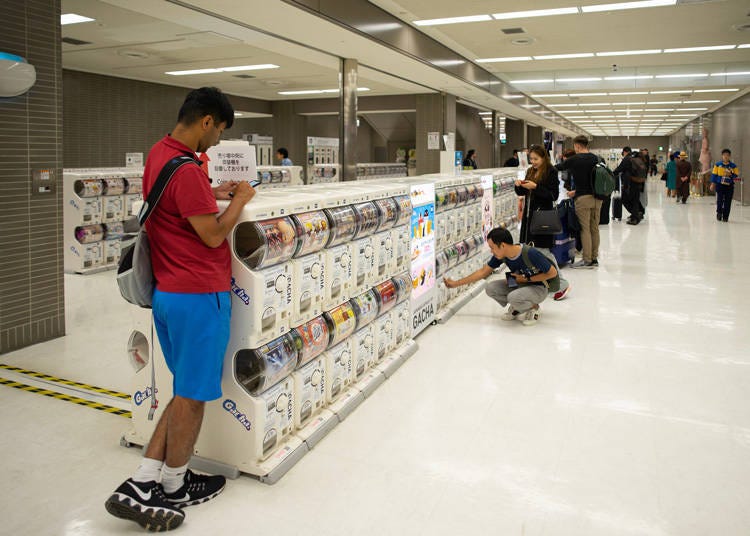 Narita Airport Terminal 2 has over 300 different types of gacha gacha (toy vending machines). The goal of these machines is for foreigners to spend their leftover change before they go back. The content of the gacha gacha are items that foreigners would find interesting like things related to Japanese culture and history, manga, and anime.

The toys in the vending machines also have rare items, so it is said that Japanese people also use the machine. Before you go home at Narita Airport, it’s a chance to create one last memory of Japan.

'You Can Do Gashapon at the Airport?!' 5 Services Tourists Will Love In Japan!

3. The Facilities and Restrooms are so Clean! 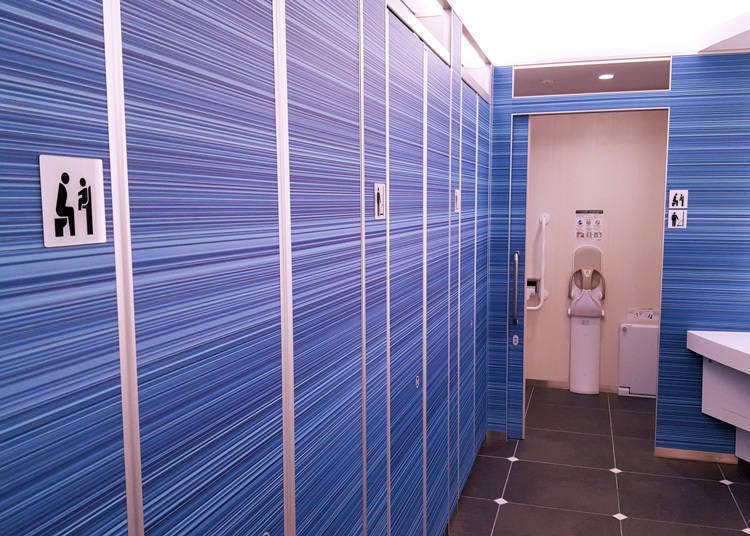 “The airport interior is cleaner than back home. The restrooms are spotless; the sofas don’t have tears, it’s comfortable. They have coin-operated massage chairs, so I gave it a try.” (Australian man)

Foreigners highly rate Narita Airport’s facilities and restrooms for its cleanliness. Also, the Wifi and charging spaces and free internet are also popular.

Even among all of that, the airport staff are lauded for their high level of service. From foreigners, various opinions like “My country isn’t as polite as Japan also, the service is not good.” “Going through airport procedures and the way they handled issues was fast and wonderful!”

The TOTO Toilets at Narita Airport: A High-Tech, Cutting-Edge Japanese Toilet Experience
Wait - How Do You Use This Toilet?! Crazy Japanese Bathroom Situations That Shocked Tourists

4. Narita Station is Not Narita Airport? Getting There From the City is a Pain 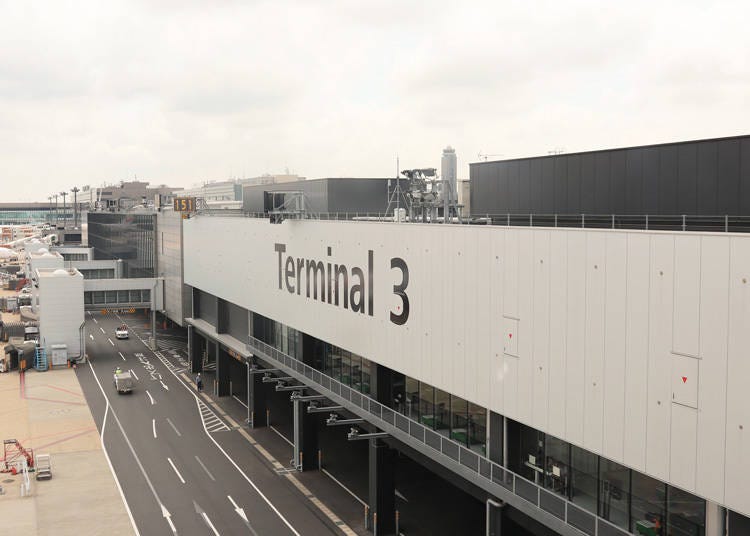 “Narita Airport is a little far from the city, so that point is inconvenient. There are “Narita Airport Station” and “Narita Station,” so I nearly got off at the wrong stop.” (Australian man)

“The flooring on Terminal 3 is a track design, so that was surprising. It was kind to the feet, but getting to Terminal 3 is a bit inconvenient, which is disappointing.” (American man)

Foreigners heading to Narita Airport often mistaken Narita Station for Narita Airport Station. In this interview, this Australian man also said the same thing. Certainly, even for Japanese people who don’t usually use Narita Airport might make the same mistake.

It takes 15 minutes to walk to Terminal 3 from Terminal 2. The route is painted in blue on the ground, so it’s easy to get to, and you won’t get lost. However, everyone brings a different amount of luggage, so the amount of time it takes will be different.

5. Booking a Cycling Tour or Renting a WiFi Router is Easy 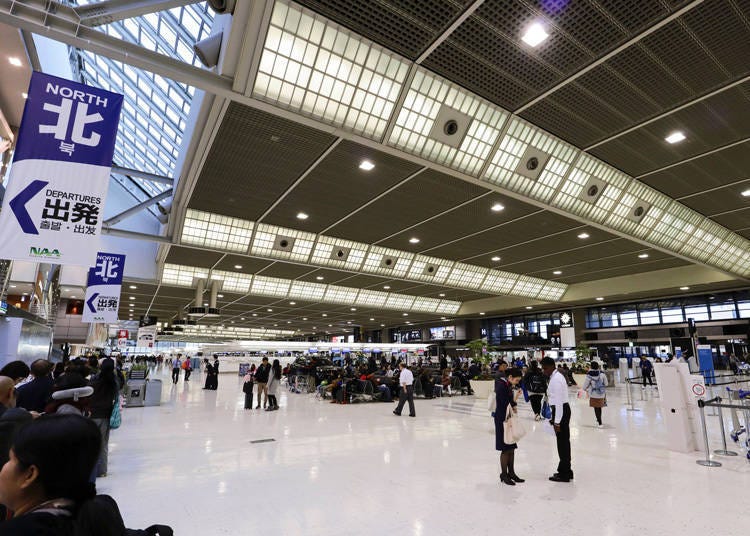 So, what do you think? Narita Airport isn’t just a place you pass through, inside the airport, there is art, shopping, restaurants and plenty of services. As the gateway to Japan, it is surprising to foreigners in a good way.

You can try a cycling tour around Narita Airport. Also, you can rent mobile Wifi routers. It’s easy to book so please use the sites below.