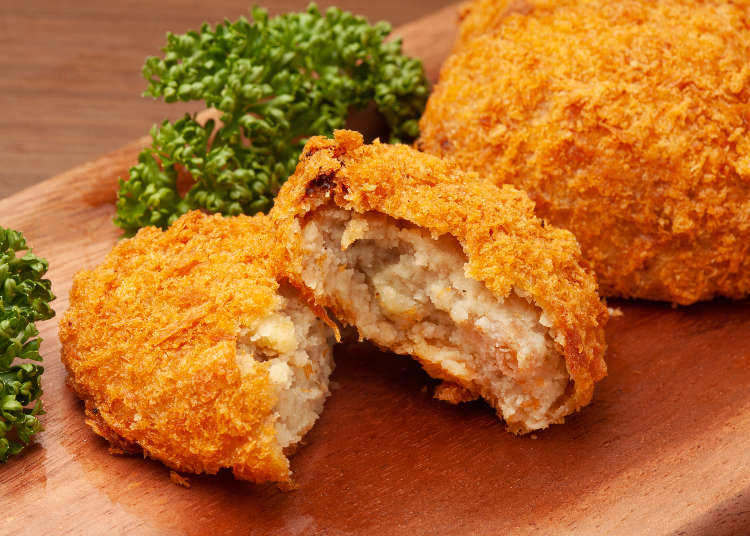 Traditional Japanese croquettes, otherwise known as korokke, are made by boiling potatoes, mashing them, and breading them to fry. Enjoy a little taste of Japan from home by trying the korokke recipe introduced in this article! With the main ingredients being potatoes and ground beef, you can find everything you need for this dish at your local supermarket.

What’s more, due to the recipe including a step-by-step instruction guide by cooking instructor, Mr. Toshihiro Minami, it’s an easy dish that even beginner cooks can try!

In Japan, korokke is generally enjoyed with Worcestershire sauce, but we’ve also included another sauce recipe for those who can’t easily get it where they live. 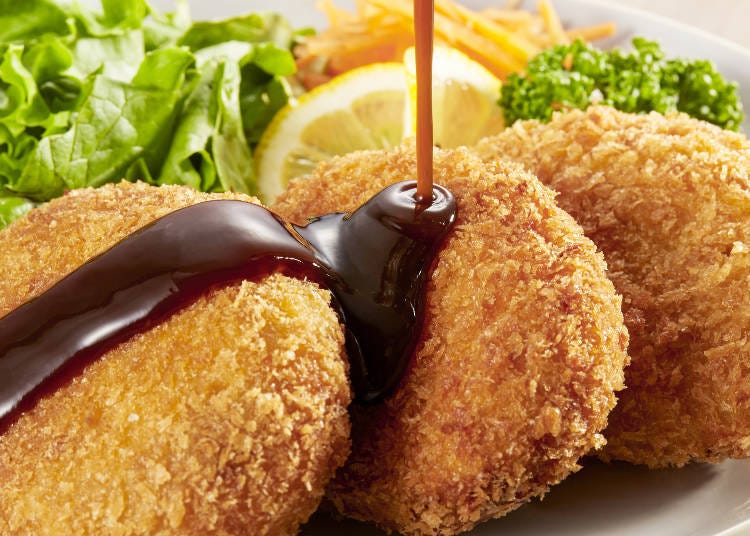 To make korokke, you first mix ingredients such as ground beef, egg, and vegetables with mashed potatoes. Then, you form the mixture of ingredients into a ball, covering them in bread crumbs to fry. Once they are golden brown, this dish is topped with Worcestershire sauce.

Korokke is heavily inspired by the French croqutte. Although traditional croquettes generally have some type of white sauce inside, it’s said potatoes were used for korokke to better suit the Japanese palette.

In addition to being a dish commonly made in Japanese homes, korokke is a popular item sold at supermarkets enjoyed as a side dish or snack. Here we will introduce a basic korokke recipe packed with umami from the potatoes and ground beef filling as well as an easy sauce recipe you can use as a substitute for Worcestershire sauce. 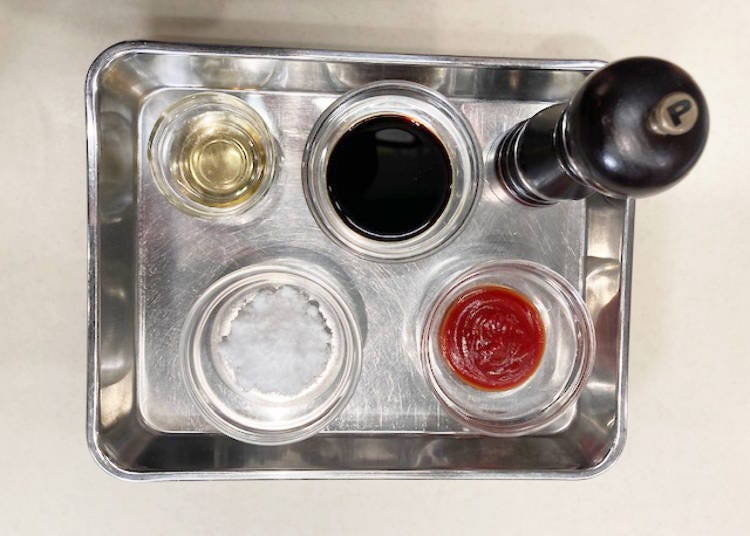 How to Make the Sauce 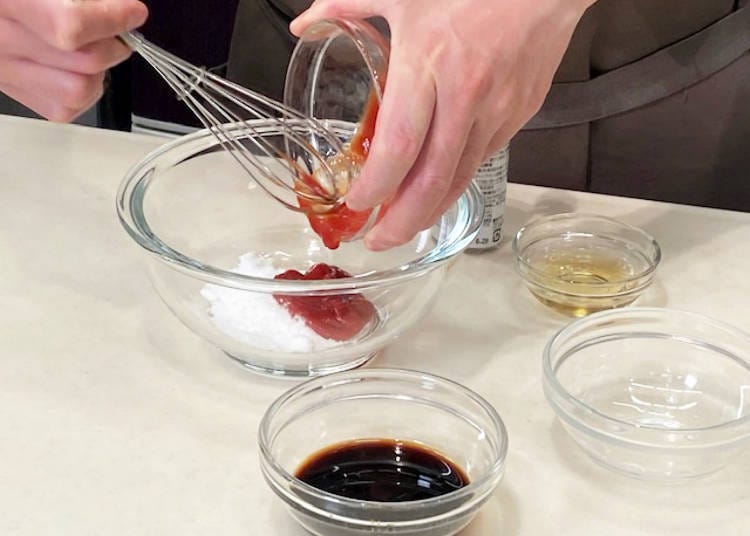 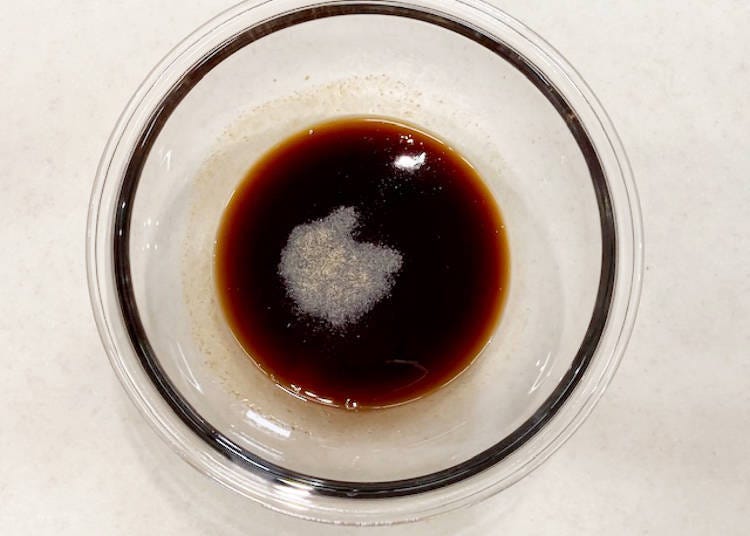 Mix ketchup, soy sauce, sugar, and vinegar in a small bowl. After it’s mixed well, add some pepper, and you’re done! A tip is not to mix the pepper into the sauce and instead to just add it on top.

Now Let’s Make the Korokke! Make Sure to Mash the Potatoes While They Are Still Hot! 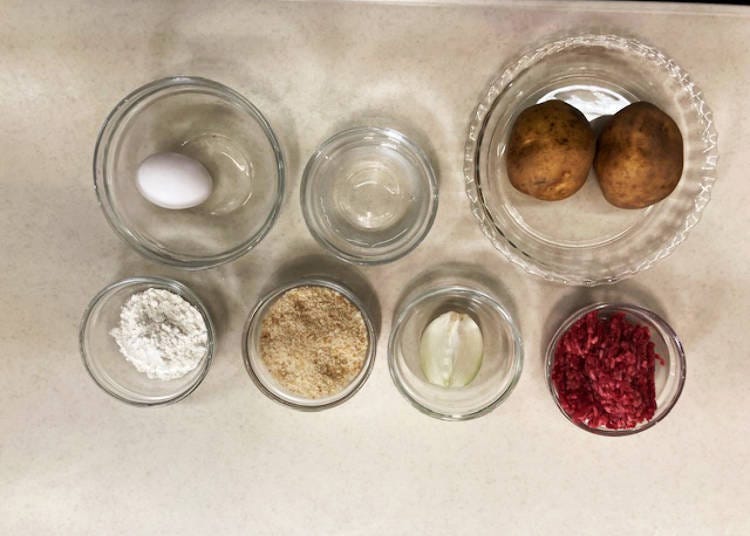 How to Make Korokke 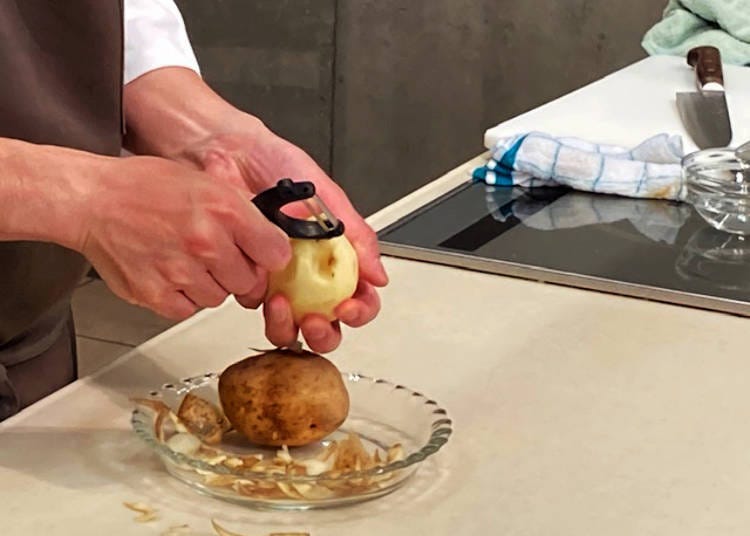 1. Remove the eyes on the potatoes and peel them. 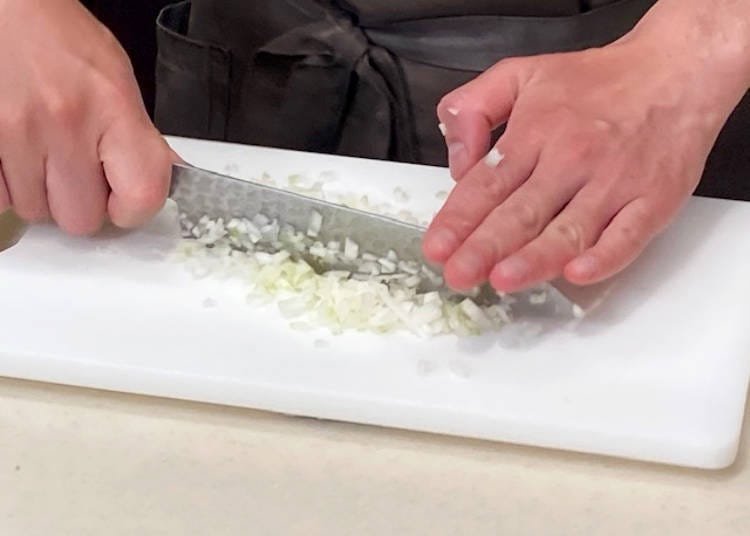 Mince the onion. Crack the egg into a bowl and mix it. 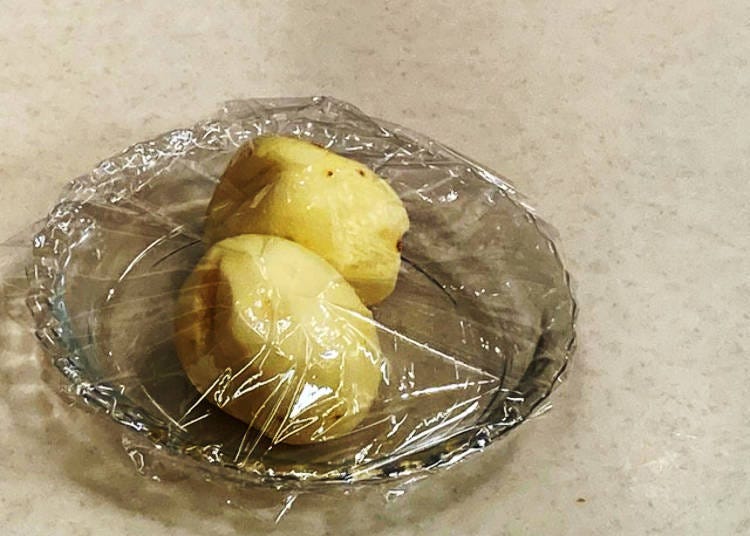 2. Place the potatoes on a microwaveable plate and cover them with cling film. Then, cook them in a 500-watt microwave for around five minutes. 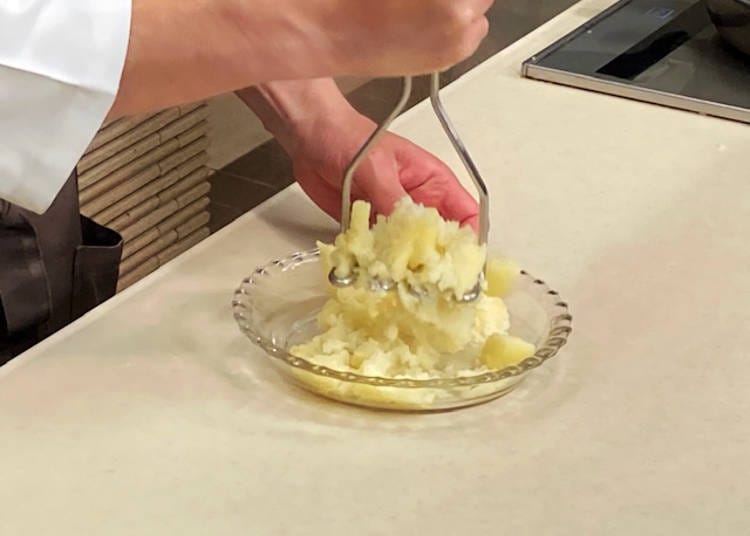 After the potatoes have been cooked, use a masher to mash them while they are still hot. If you don’t have a microwave, you can mash them after boiling the potatoes in a pot for about 25 minutes. 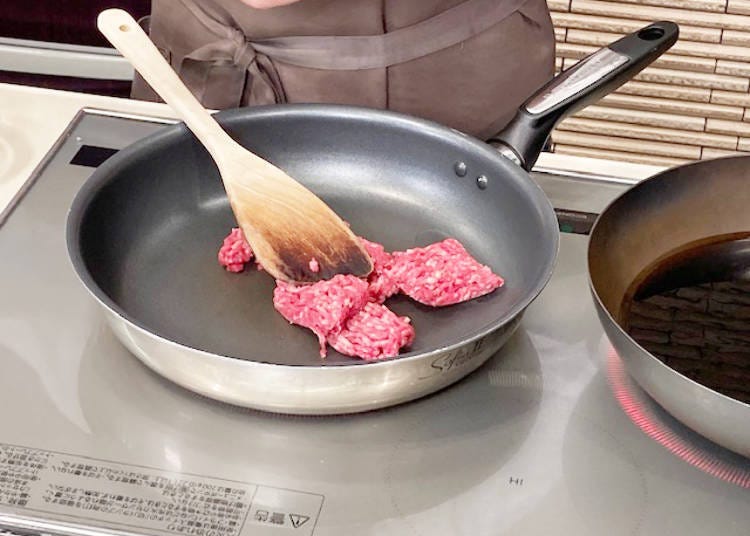 3. Heat vegetable oil in a pan that’s on medium heat. Then, start to cook the ground beef. 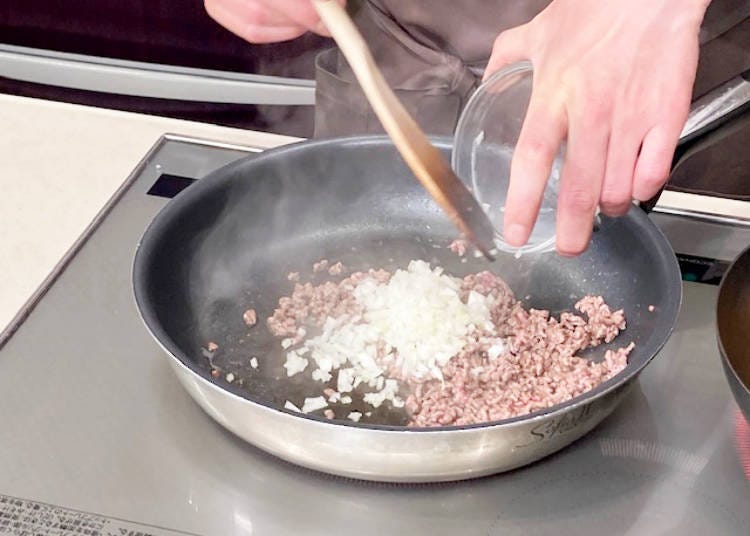 Add the minced onions to the pan once the ground beef starts to change color. After the onions have somewhat softened, season everything with salt and pepper. 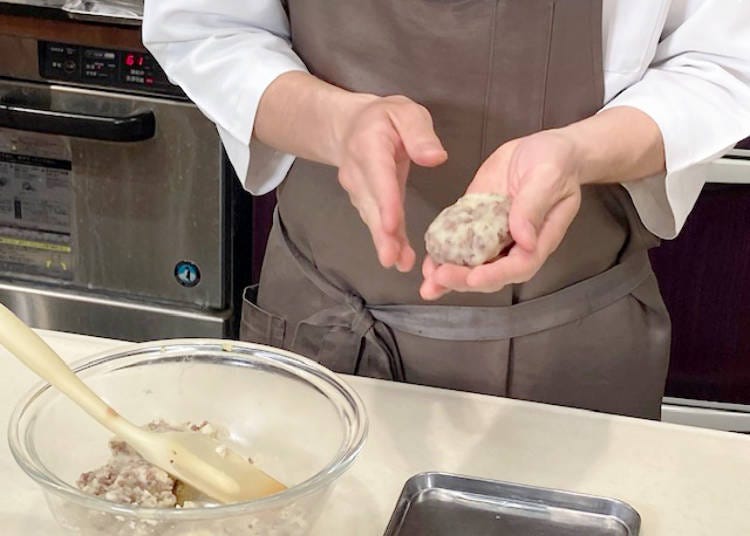 4. Once the ground beef and onions are cooked, place them into a bowl to cool for a while. After it has cooled, add it to the bowl with the mashed potatoes. Split the mixture into four portions and form it into an oval or seed-like shape. 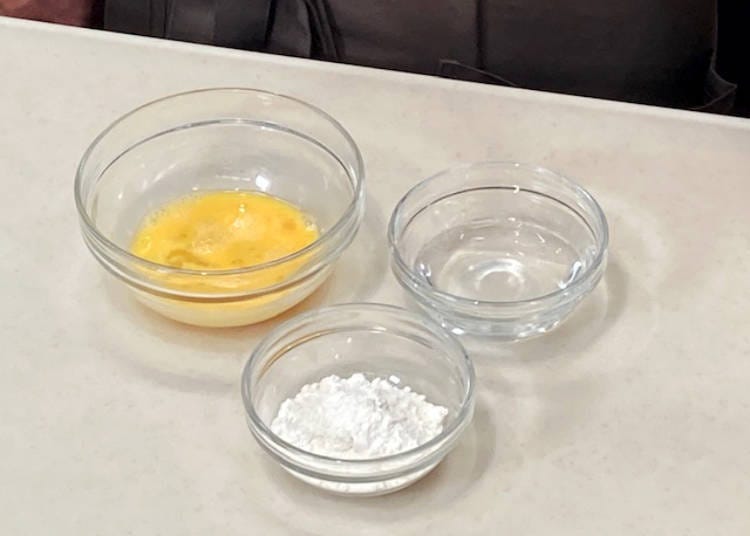 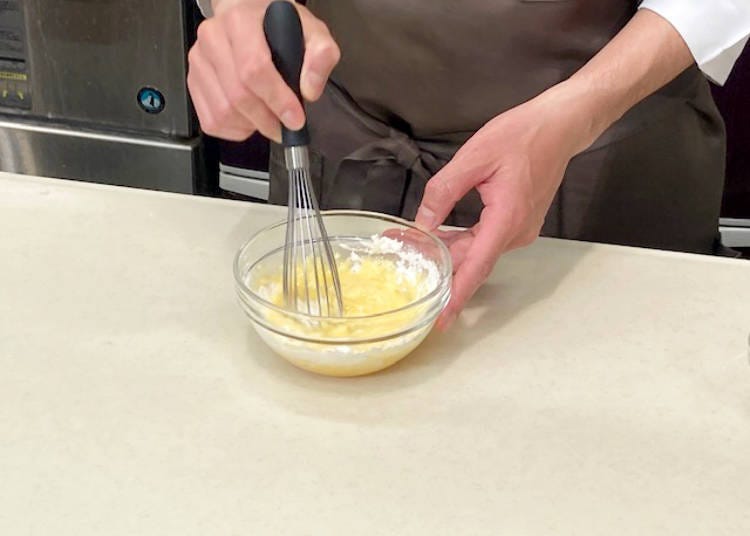 5. Next, start to make the batter by mixing a beaten egg, water, and cake flour together in a bowl. 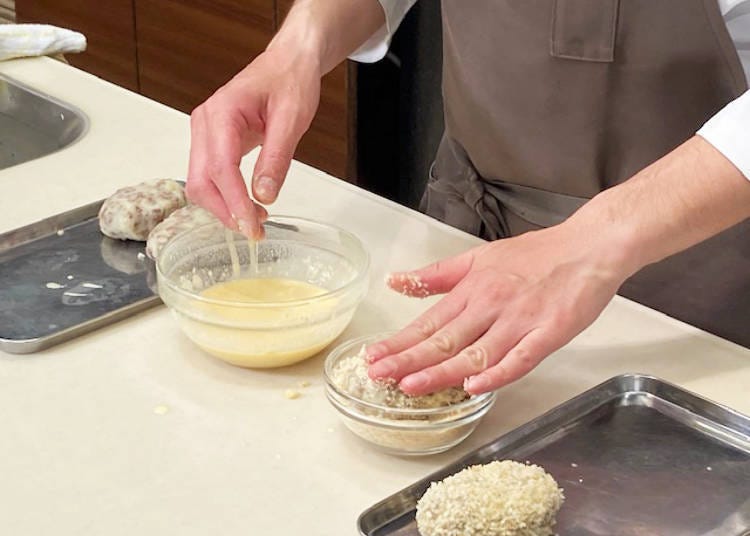 6. After dipping the seed-shaped ball into the batter, roll it in the bread crumbs. 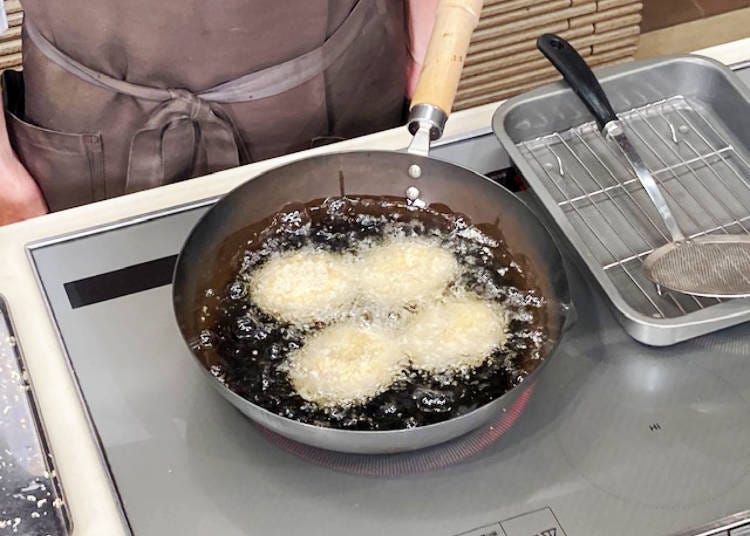 7. Heat some vegetable oil until it’s 170°C. Fry the seed-shaped ball covered in batter and bread crumbs for about three minutes until golden brown. Garnish the finished dish with some cabbage or cherry tomatoes to your liking. 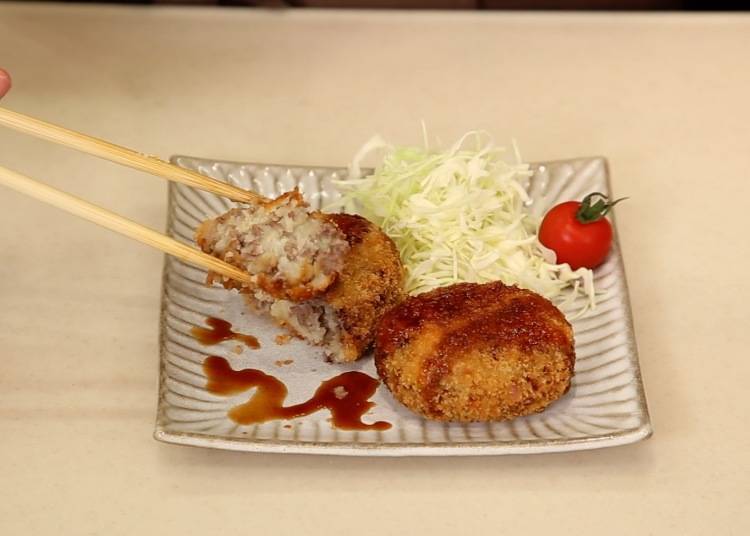 A recommended tip is to let the ground beef and onions cool after cooking them. By doing this, you will ensure that the filling doesn’t break through the outside breading during the frying process.

There are many ways to make this dish such as switching out the potatoes for pumpkin or taro. Please try making this Japanese korokke recipe and find the combination of ingredients you like best! 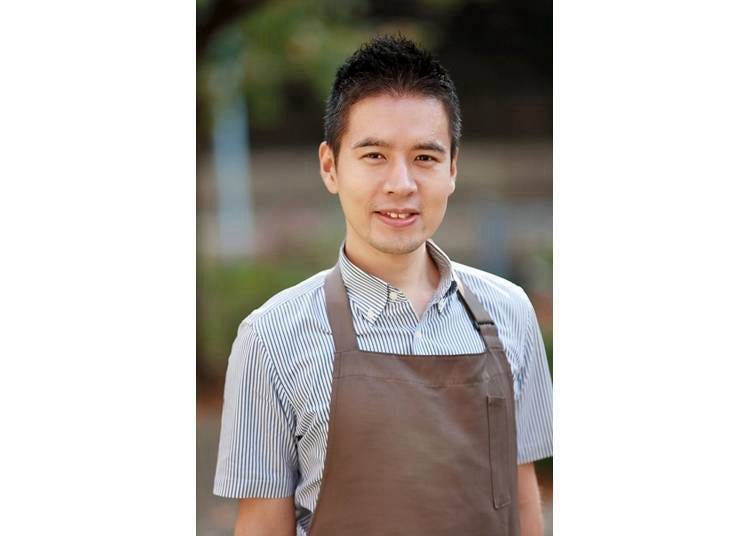 Toshihiro Minami is the manager of the “Osaka Delicious” cooking studio. While working in another profession, he attended a school for working adults and changed careers, becoming a cooking class instructor. While serving as an instructor at Osaka Delicious, he has also developed recipes, assisted in cooking, and made TV appearances. In addition to Japanese food, he also teaches students how to cook a wide range of foods including Western and Chinese cuisine.