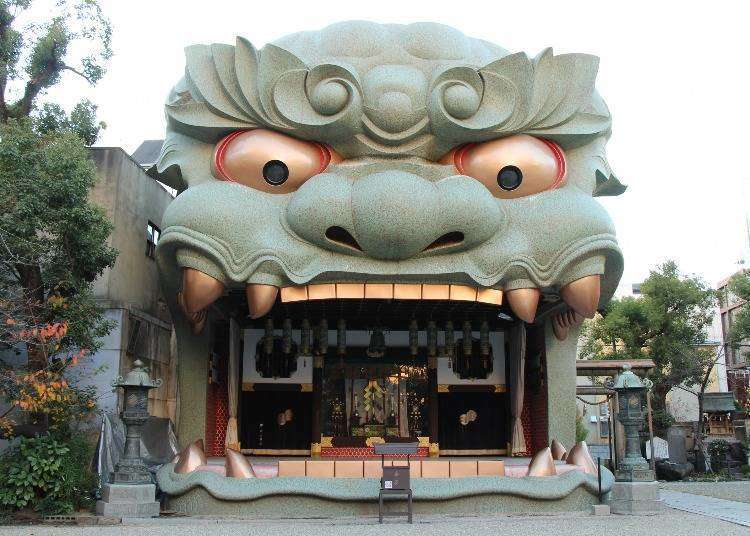 When it comes to shrines and temples in Osaka and Kobe, both cities are filled with unique spots that are worth visiting.

Let's take a look at a few shrines and temples that are easily accessible to tourists. For Osaka, our selection features shrines and temples with interesting backstories, including Shitennoji Temple established by Prince Taishi Shotoku. Meanwhile, for Kobe, we will introduce key shrines that are close to stations and other tourist spots.

So while you're enjoying the sights and food of Osaka and Kobe, be sure to enjoy a tour of the shrines and temples too. 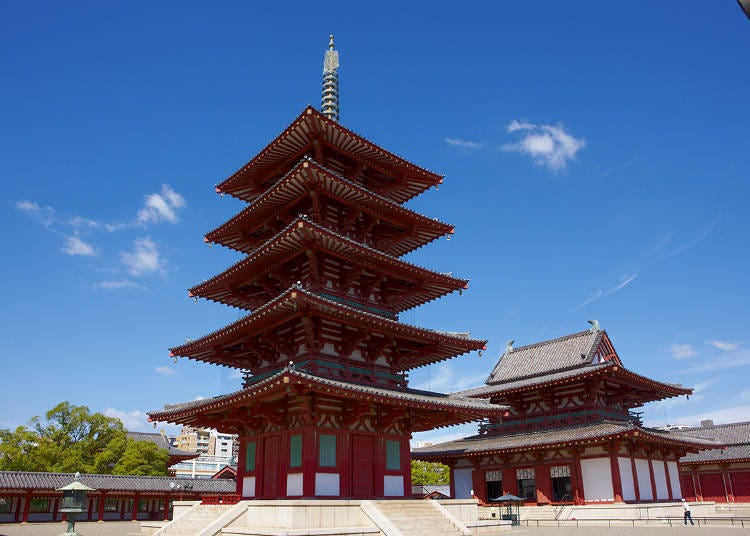 The premises of this Osaka temple are rather expansive: around 11 hectares (27 acres) in size, about three times the size of Koshien Stadium. 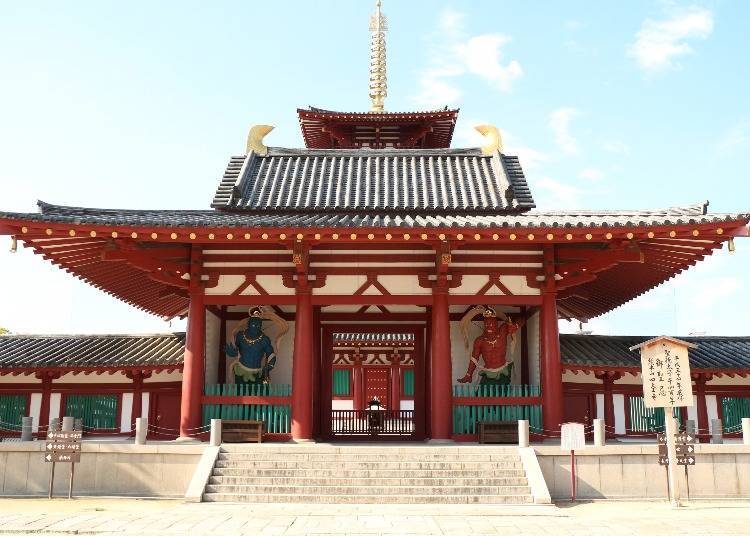 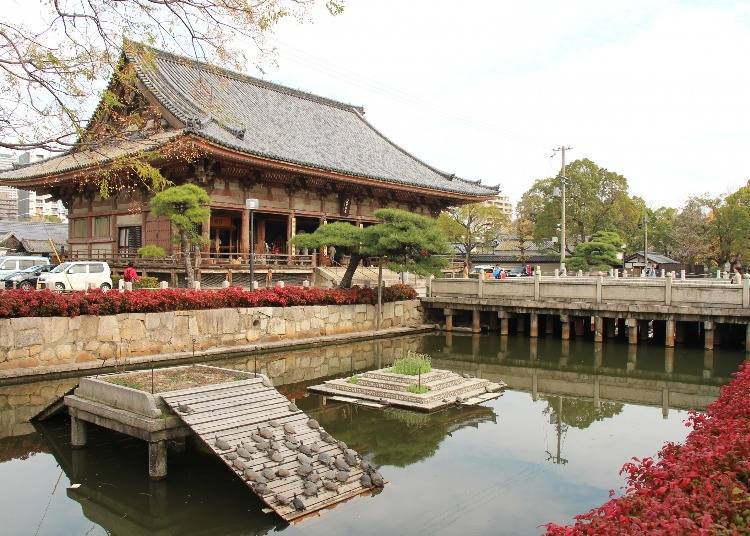 Low-Budget Travel: 10 Fun Free Things to do in Osaka! 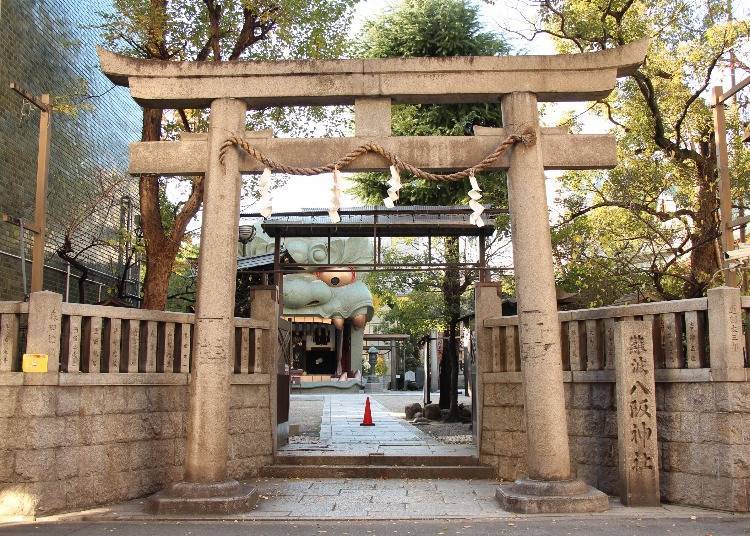 Namba Yasaka Shrine, also called "Namba-shita no Miya," is said to have once been the local shrine dedicated to all of Namba.

The giant shishi-dono, completed in 1974, is an enormous lion's head stage 12 meters high, 11 meters wide, and 10 meters thick. Its eyes are lights, and its nose is a speaker. 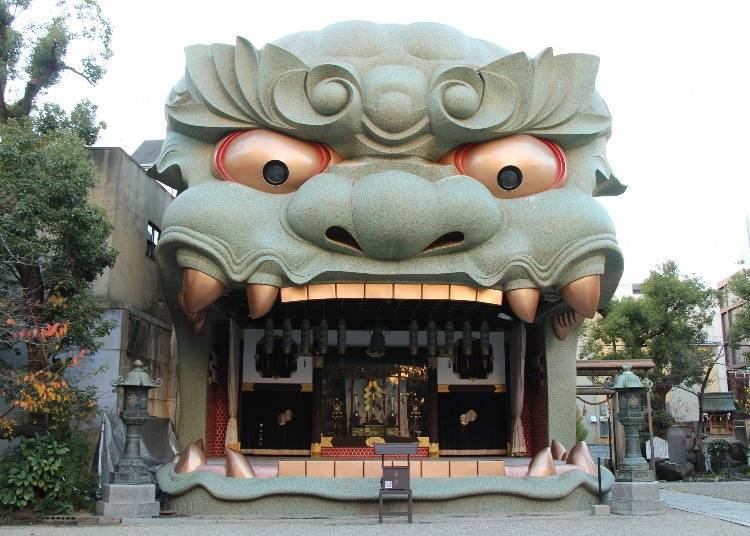 The way the shishi comes in and out of view when viewed from outside the torii gate, and how it is designed to look like the shishi is trapped inside the entrance are also impactful. This Osaka shrine draws lots of international tourists as one of the city's hidden popular spots. 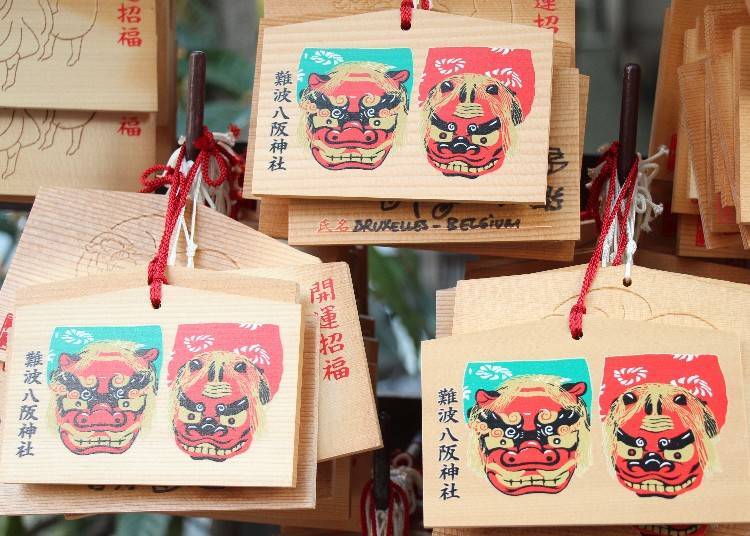 Many international tourists also come for the ema votive horse pictures depicting the shishi and the shishi-mamori charms for warding off evil and bringing good fortune as souvenirs. So be sure to put Namba Yasaka Shrine on your sightseeing list!

Omamori, Ema, and Omikuji: Why Japanese Lucky Charms Are Amazing! 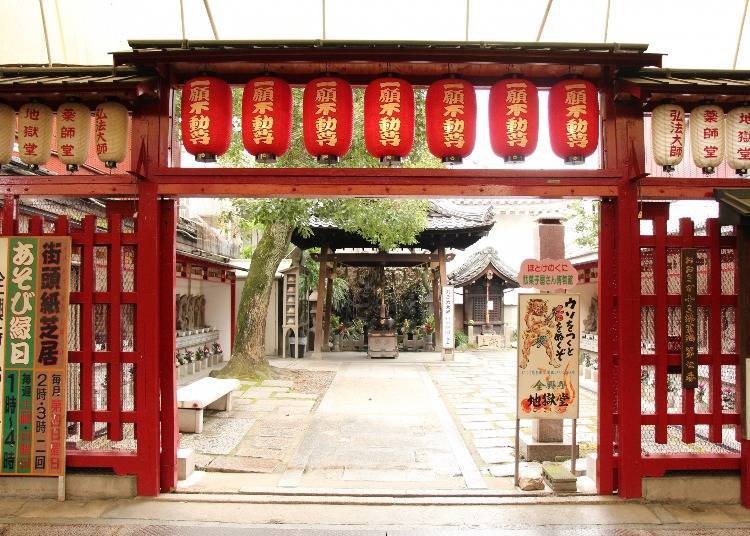 As you walk the Hirano shopping street, still much the same as it appeared in ages past, the red lanterns and red gate of Osaka's Senkoji Temple will catch your eye.

The Yakushi-do Hall, built in present-day Hirona by Shotoku Taishi 1400 years ago, is one of the oldest wooden buildings still remaining in Osaka. From that point on, as the Hirano town took shape, so did the temple along with it, making Senkoji Temple an important historical place.

What brought the public's eye to this quiet temple is its "Hall of Hell."

The hall happened to be broadcast in the media, first bringing tourists from within Japan; recently, it has become popular on Instagram as well. 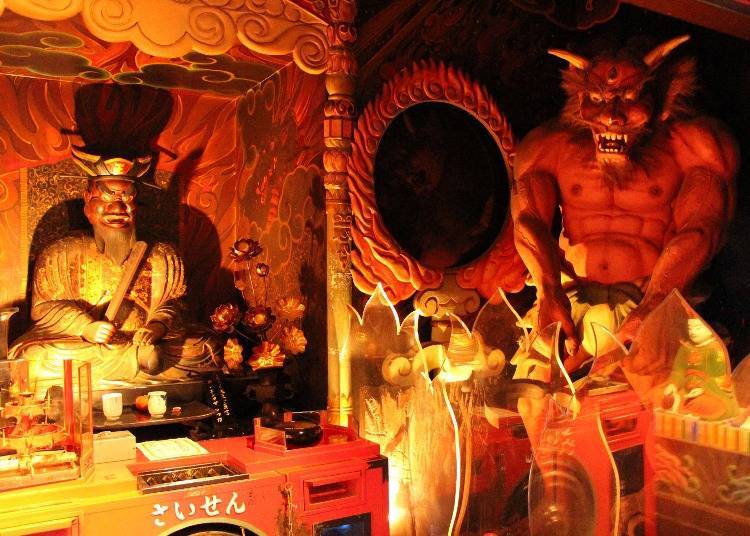 Once you pass through the "gate to Hell," the temple around you becomes dark as you enter the "Hall of Hell." As you go further in, demons appear before you, and if you ring the gong, images of Hell and a narration start to play. 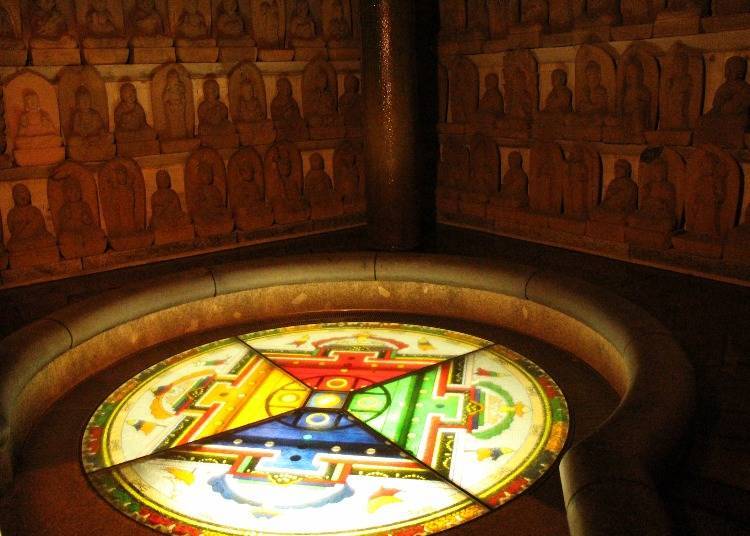 After the frights of Hell, continue to the "Land of Buddha." Sit on the mandala surrounded by stone statues of Buddha and try meditating while being soothed by the sound of a water harp.

The Hirano Machi-gurumi Museum on temple grounds houses the "Small Dagashiya-san Museum," where memorable candy and toys from the past are displayed. 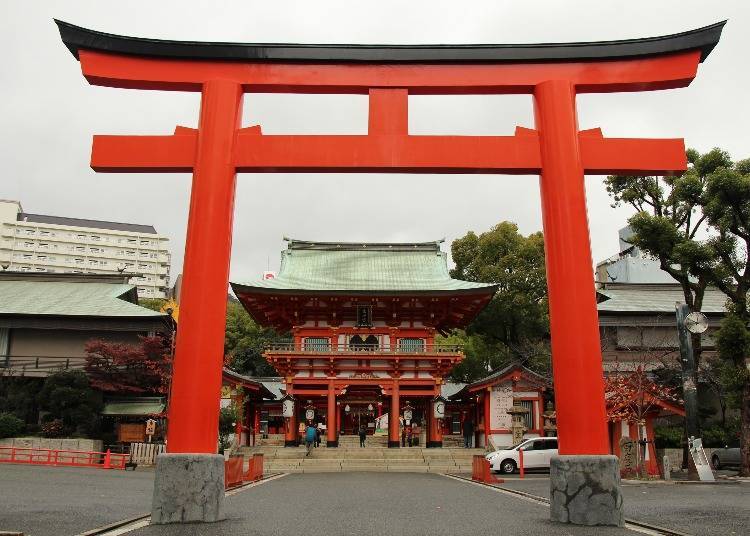 Ikuta Shrine one of Kobe's main shrines, drawing over 1.5 million visitors over the New Year holiday. It is less than 10 minutes by foot from JR Sannomiya Station and Hanshin/Hankyu Kobe Sannomiya Station, so be sure to pay the shrine a visit as a part of your Kobe sightseeing. 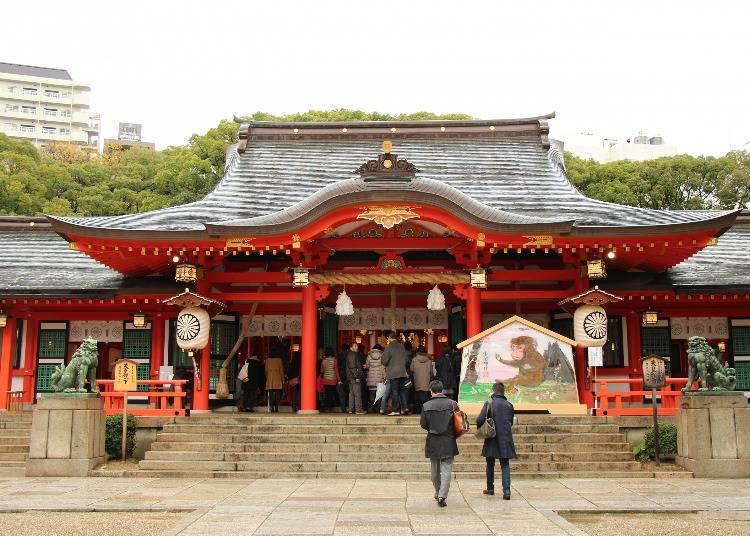 According to the Chronicles of Japan (Nihon Shoki), the shrine was established in the year 201, and the enshrined deity is Wakahirume no Mikoto, goddess of protection for birth and growth.

Within the temple grounds is the Ikuta Forest, featured in many poems as a scenic place and filled with a sense of power from the trees. 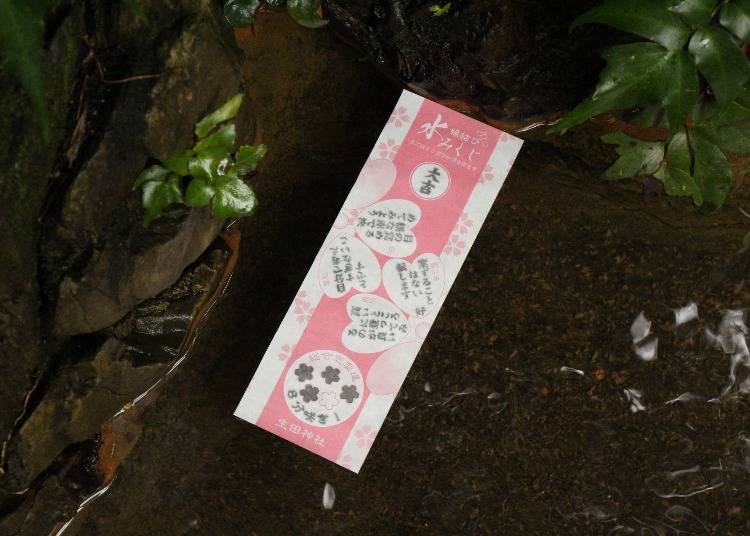 The shrine is also known for bringing luck in marriage, and since the pre-war period, religious marriage ceremonies have been conducted there. Popular as a spiritual "power spot" for luck in love, on days designated in the Buddhist calendar as auspicious days, you'll likely witness a wedding.

There is an assortment of good luck charms specialized for luck in marriage, including the ema with a pink heart inscribed with the word "love" and paired omamori for couples, and there are English fortunes available as well.

The popular "Marriage Water Fortune" reveals its writing when dipped in water. Try setting your fortune afloat on the small lake in Ikuta Forest advertised by a signpost for "en-musubi no mizu-uranai," water fortune-telling for match-making.

Visiting Kobe in Winter: Ultimate Guide to Kobe Weather in Winter and Clothes You Need!

5. Kitano Tenmangu Shrine in Kobe: Towering in the Sky 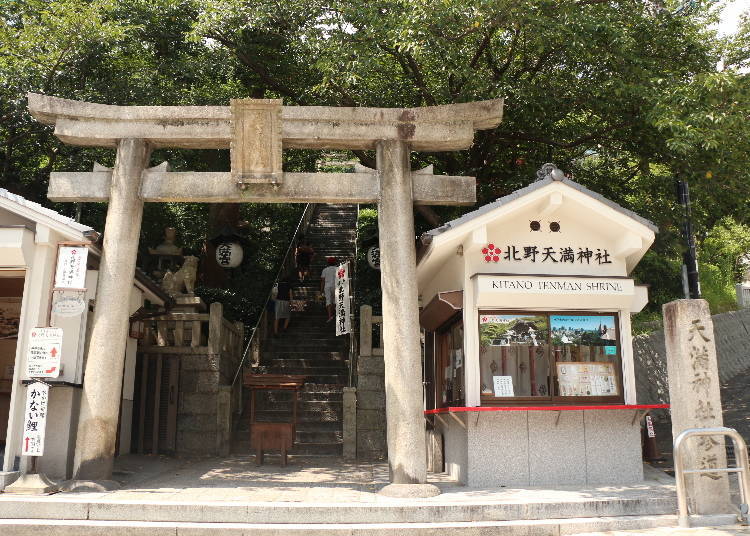 It's around a 20-minute walk to Kitano Tenmangu Shrine from the closest station, Sannomiya Station. But if you take the "City Loop" bus that travels in a loop around tourist spots, the shrine is not far from the Kitano Ijinkan bus stop. 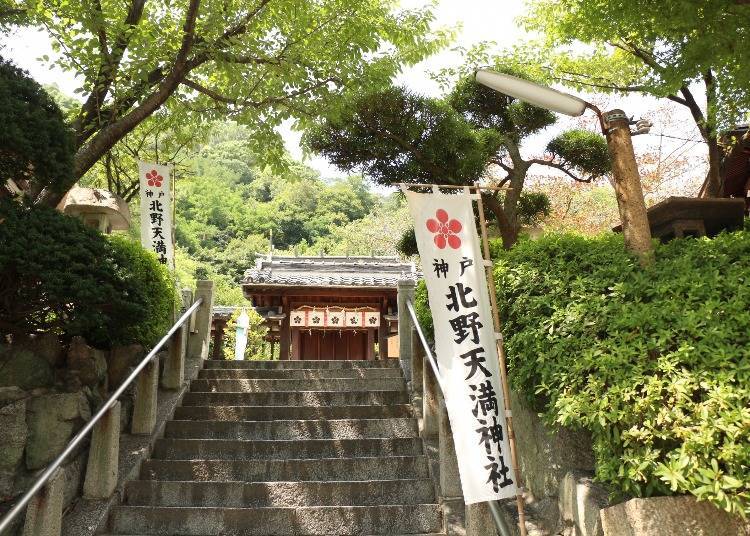 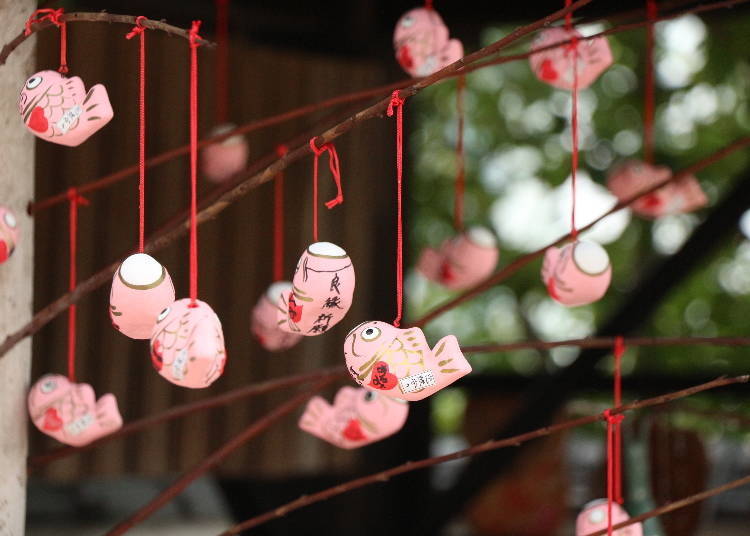 The deity enshrined at Kitano Tenmangu Shrine, Sugawara no Michizane, is strongly believed in as the god of learning. So while the shrine draws many visitors to pray for luck with school exams, in fact, it is also a "power spot" for bringing luck in love as well.

Book Now ▶ Private Osaka Castle Walking & Dotonbori Food Tour
Book Now ▶ Osaka: Not your average night out tour
*This information is from the time of this article's publication.
*Prices and options mentioned are subject to change.
*Unless stated otherwise, all prices include tax.