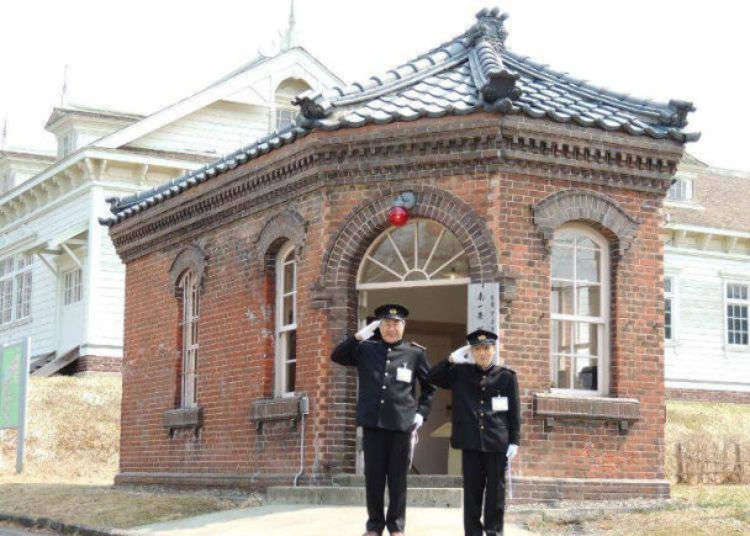 At the Historical Village of Hokkaido, you can experience Japan's pioneering days at this open-air architectural museum in Sapporo City.

Many such buildings and locations have recently been the focus of attention due to the growing number of visitors going on "pilgrimages" to historical sites featured in the popular manga series, Golden Kamuy.

In this guide, we'll share some highlights of this unique Hokkaido attraction.

Experience Hokkaido history as it was during its reclamation period! 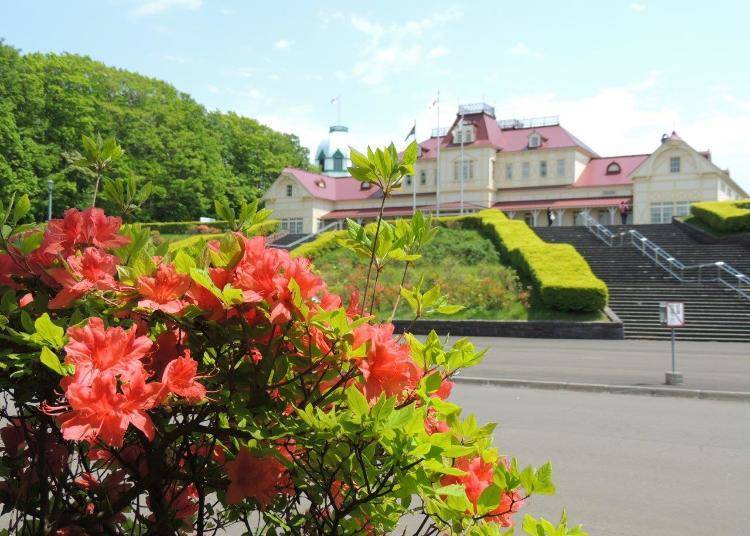 The Historical Village of Hokkaido is the reconstruction of a town developed from when migrants from Honshu settled down here in Hokkaido during the early Meiji era until the start of the Showa period (i.e., 1868 to 1920).

The area inside is divided into several zones, starting from the town area to the agriculture area, the fishing village area, and the mountain village area. Each zone has unique scenery that sets it apart from the others.

The first stop at this interesting Hokkaido point of interest is the Town area, where various official buildings and shophouses are lined up.

Many buildings featured in the manga Golden Kamuy, a Hokkaido history series set during the period when the Japanese central government intended to absorb Hokkaido (then known as Ezochi), are located here. 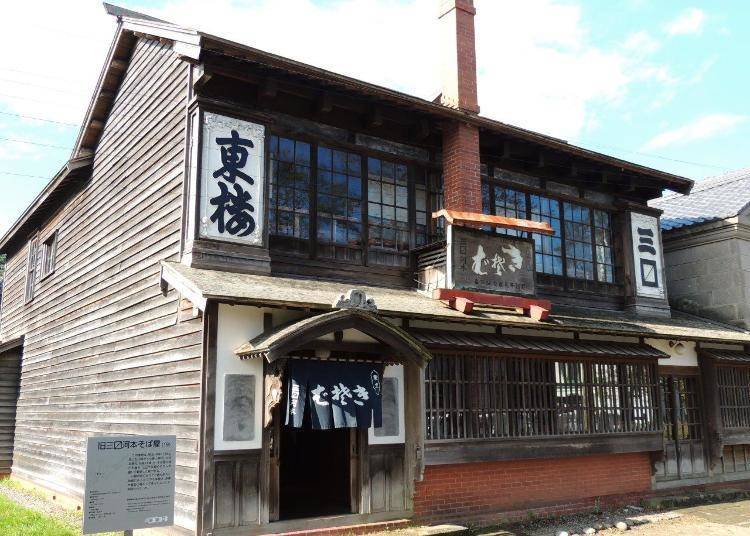 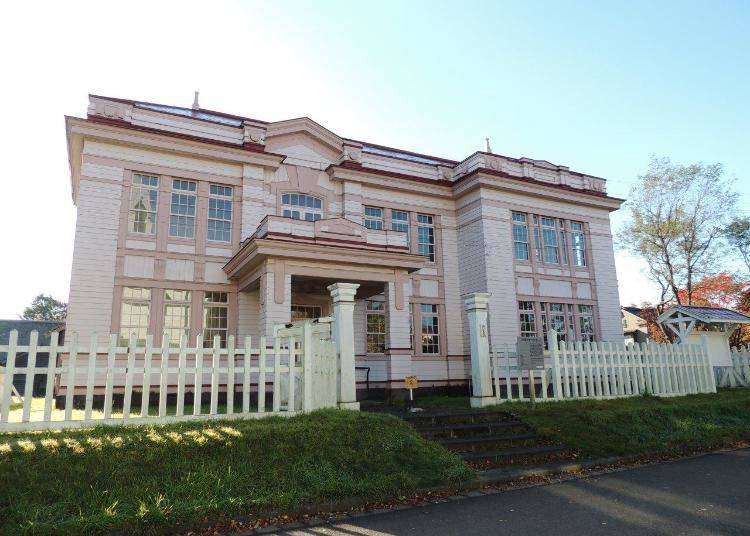 This is an old building built in the eighth year of the Taisho era (1919), the Old Uragawa government branch office building, a lovely peach-colored building. 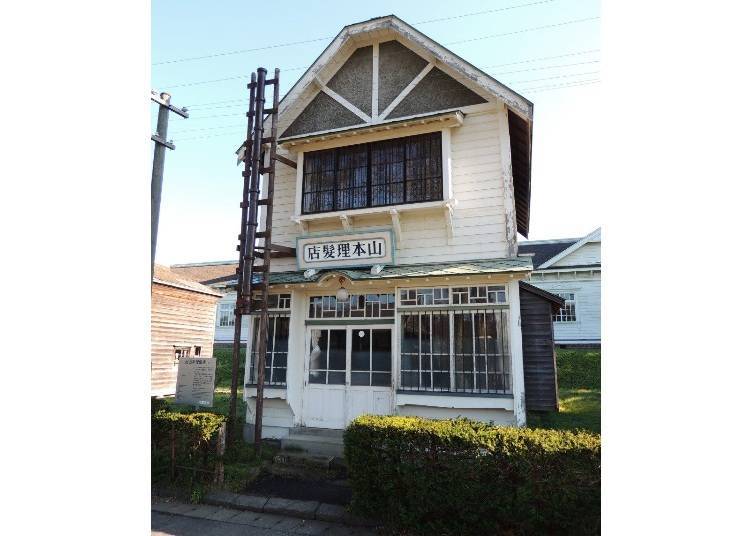 The building clearly incorporates elements of Western-style architecture from the Taisho era, like the sloped gable roof 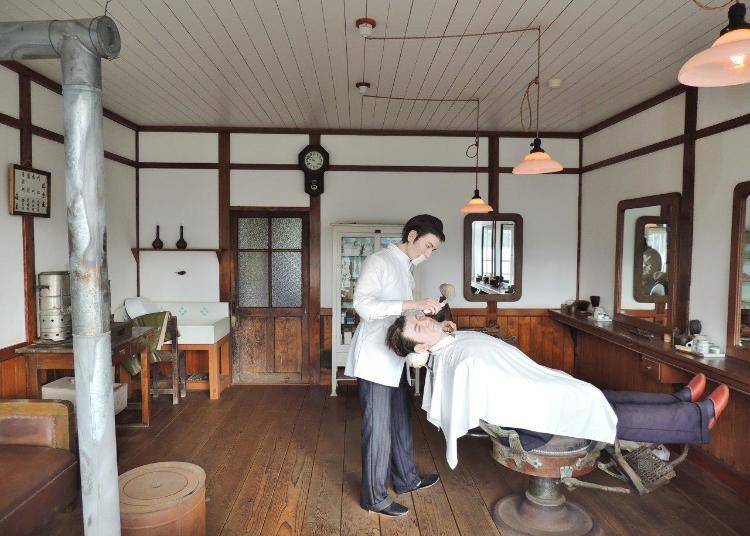 The former Yamamoto barbershop is fashionable both inside and out. This is where the characters in the "Golden Kamuy" manga got their haircut. 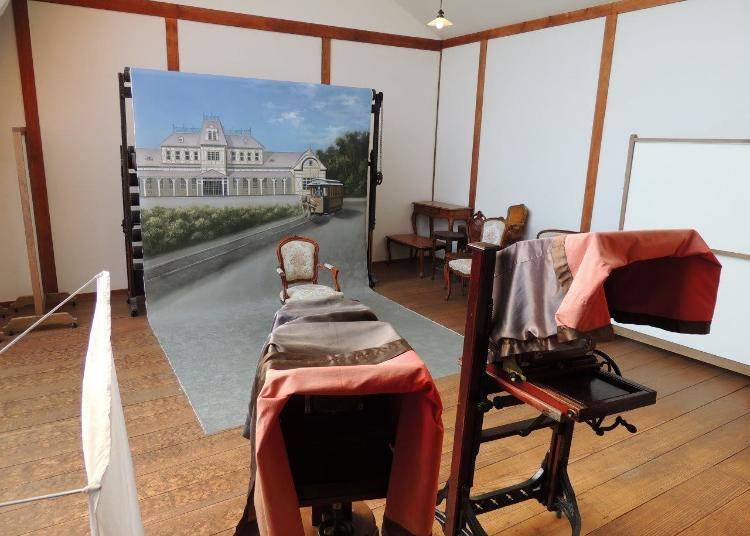 The former Hirose studio, where the characters had their photos taken in the series as well. 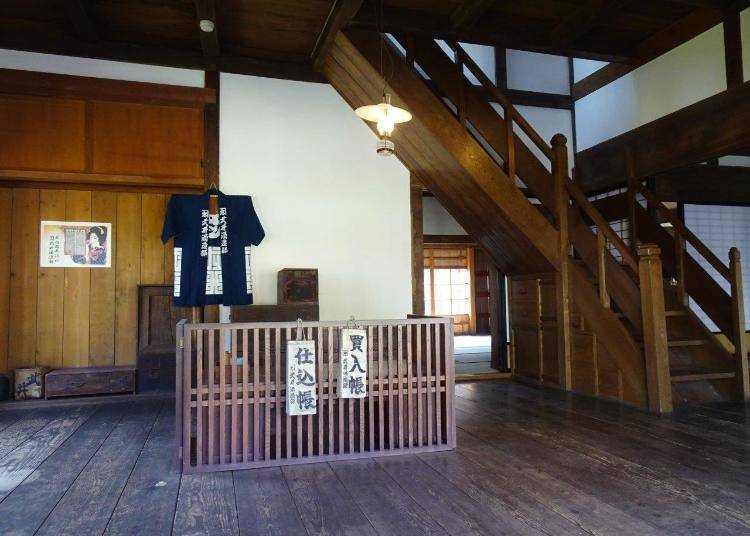 The Former Takei Shoten Sake Brewing Department, whose renovation was completed in 2020

The Farm Village is lined with buildings unique to Hokkaido, such as buildings belonging to colonizers and pioneers. Hokkaido is home to many people from different regions of Japan. As such, many of the buildings and houses here also reflect some of their homeland's unique architectural properties. 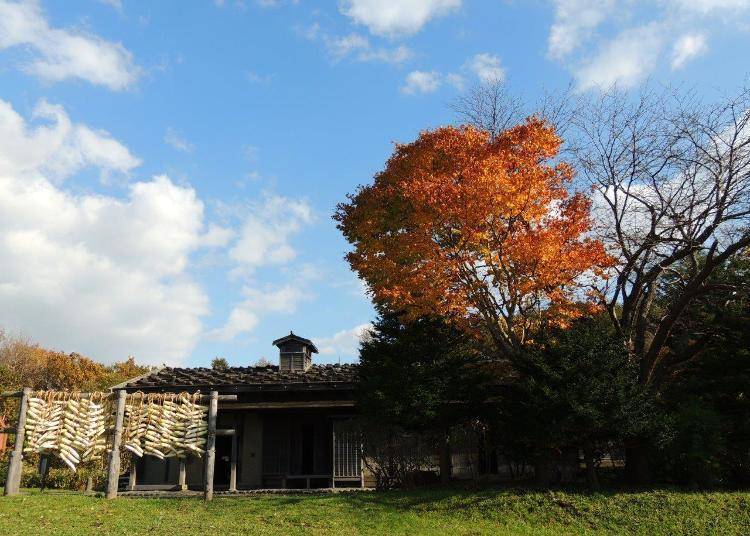 A farmer's house belonging to the former Iwama family, a farmer who settled as a samurai migrant in the Watari domain of the Sendai clan (Watari Town, Miyagi Prefecture). Built in 1905, the Sendai region’s unique features are clearly reflected in the building’s floor plans and structure. 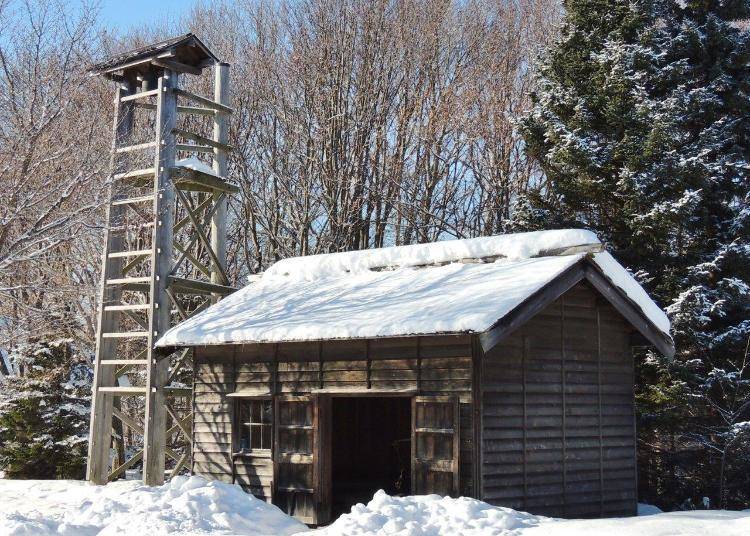 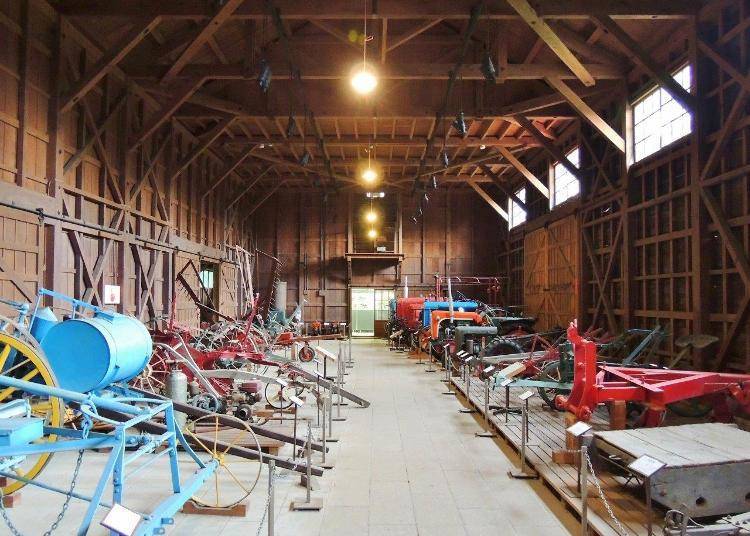 The former Ministry of Agriculture and Commerce Takigawa Sheep Farm Machinery, a testament to the sheep farms built during the middle part of the Taisho era.

Fishing Village Area: Impressions of the peak herring season that livened up the shores of Hokkaido 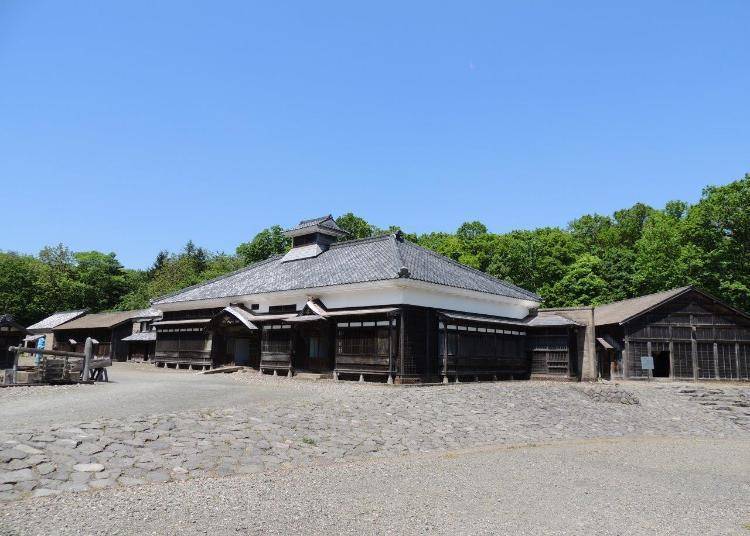 During the era of Hokkaido's pioneering, herring fishing was Hokkaido's primary industry. This area is a faithful reproduction of the fishing industry along the coast of the Sea of Japan that prospered with the contributions of the herring fishing sector, complete with fishing equipment and boats to replicate the bustle of the period. 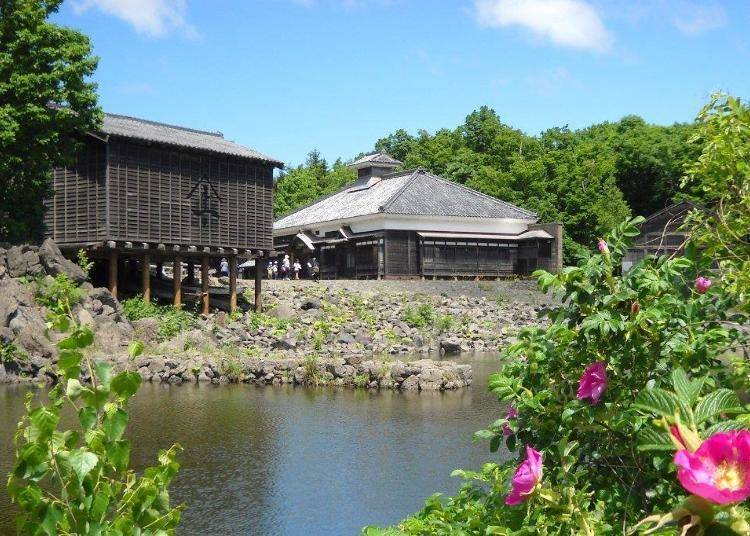 The former Aoyama fishing house, where the herring fishermen used to lodge at. The Aoyama family managed a variety of products including herring net manufacturing, and so they owned many related facilities such as lodgings for the fishermen, net storage houses and boat stores. There aren’t many herring fishing-related structures left, making this place a prized historical remnant. 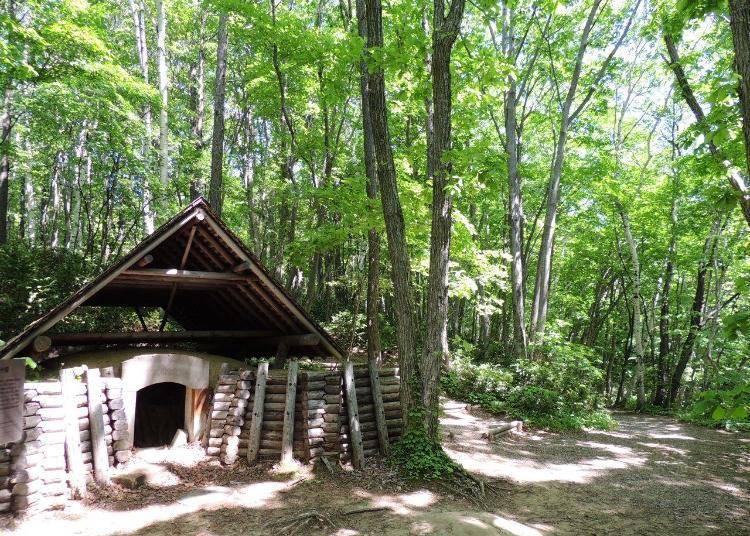 Next, the Mountain Village area faithfully recreates the lumber and fuelwood facilities, which utilized the abundant resources from the forest at the time. Even the railway that was used for transportation is also on full display.

A range of activities let you experience Japan's pioneer period

There's more than just sightseeing at the Historical Village of Hokkaido. You can learn a bit of Hokkaido history and experience the reclamation period's means of transportation, from horse-pulled rail carriage rides from spring to autumn and horse sled riding in the winter.

Guided tours by volunteers, as well as trying out traditional tools, are just some of the activities you can try out here to get a deeper understanding of the lives of the migrants living in that revolutionary period. 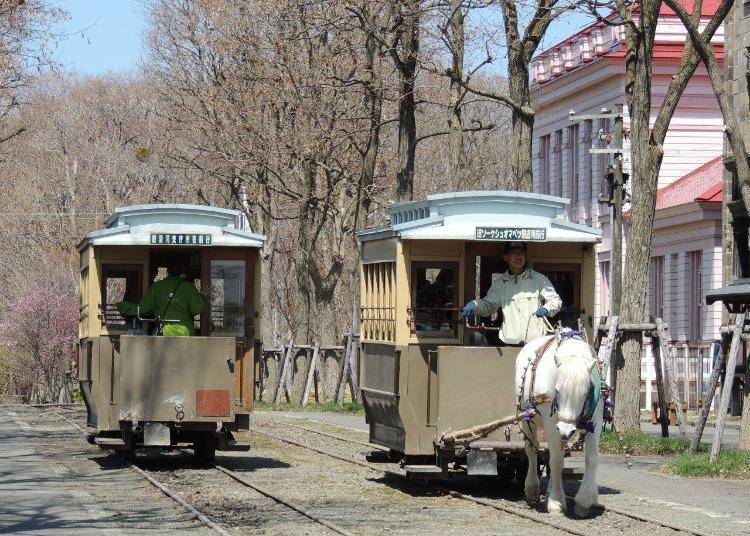 A horse-drawn carriage train runs on the main street from urban areas to fishing villages. The buildings and scenery give a very different feel when seen with the gentle rocking of the carriage compared to when walking. 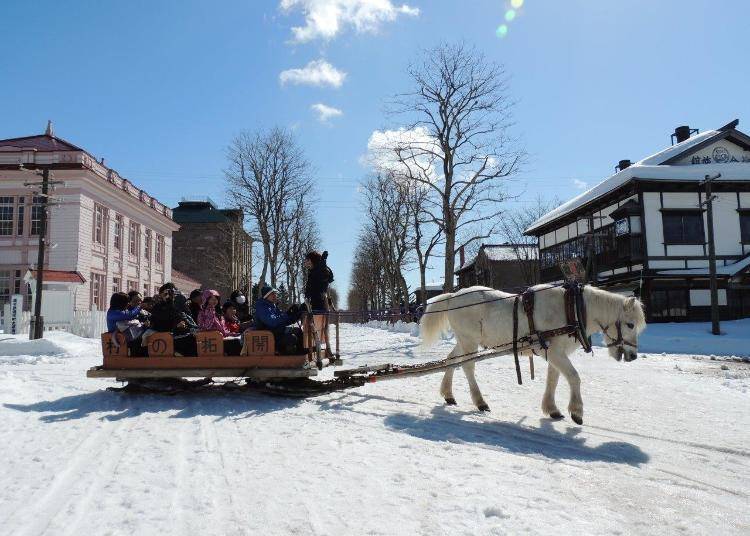 Horse sleigh rides operate during the Sapporo Snow Festival from mid-December to March, with a one-of-a-kind view of the snowy landscape of the village from the perspective atop a horse sled! It's a fun thing to do in Hokkaido during your stay.

Don't miss the guided tour of the Historical Village of Hokkaido in English! 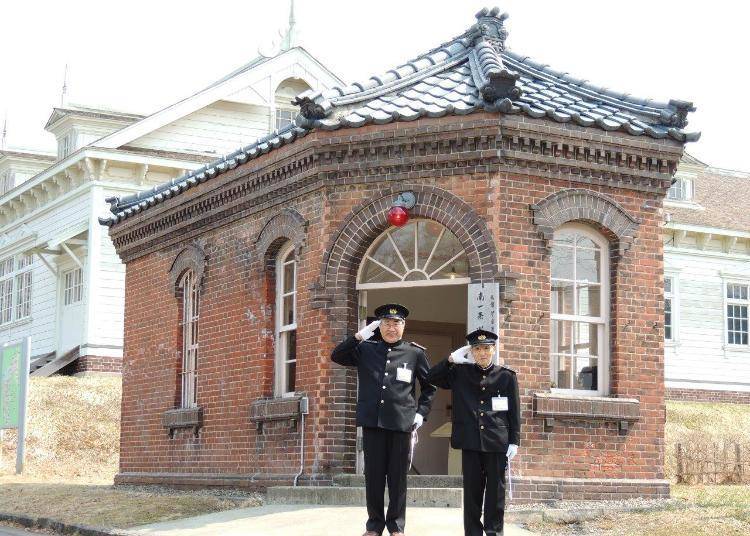 What better way to learn about the history of pioneering in Hokkaido than through a volunteer guide? Commentary and guided tours in English are available for booking at least one week before the tour. Above is a picture of two guides dressed in the old constable attire. 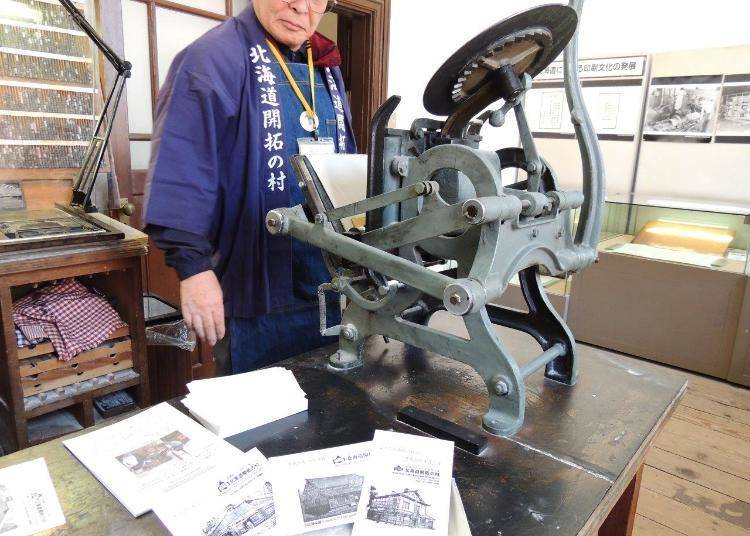 A live demonstration of a foot press by a volunteer guide. Other demonstrations include selling dagashi (cheap sweets native to Japan), toolmaking and fishing gear-making.

Famished after checking out Hokkaido history? Enter the village cafeteria!

If you're starving after all that informative sightseeing, you can fill your bellies at the village food hall. Traditional teishoku set meals aside; they also serve Jingisukan (Mongolian-style BBQ), miso ramen, and other Hokkaido specialty dishes. They even serve the Hokkaido-only drink, "Co-up Guarana." 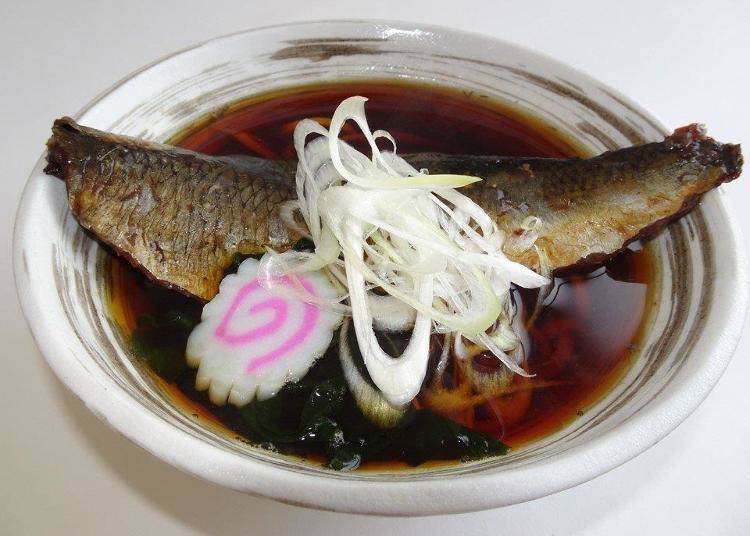 The herring soba noodles (980 yen, 1030 yen for upsizing) is one of Hokkaido's signature dishes and is also popularized as a dish the characters in the abovementioned popular manga ate. A simple soba dish that synergizes with the sweetened boiled herring. 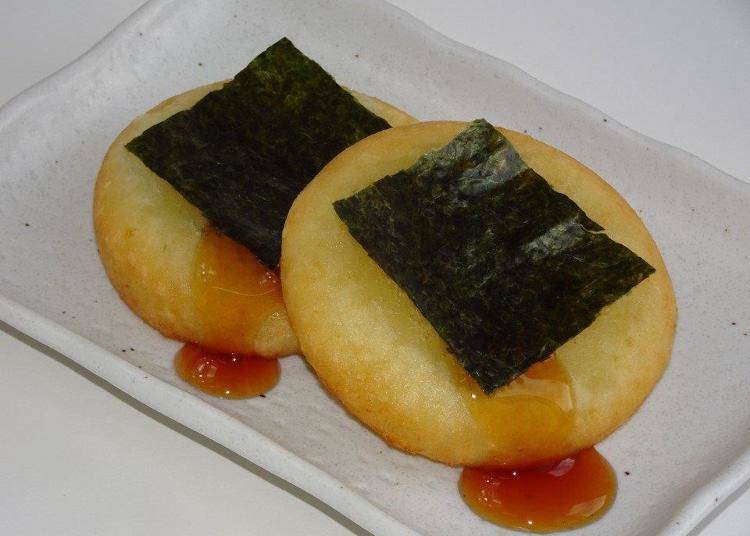 The template dish among template dishes, the imomochi (160 yen for one, 310 yen for two). Kneaded with potato and starch, this mochi is salty-sweet due to the sugar and soy sauce that's topped on. You can order some for takeout, and they even sell pre-frozen packs (packs of 5 at 650 yen). 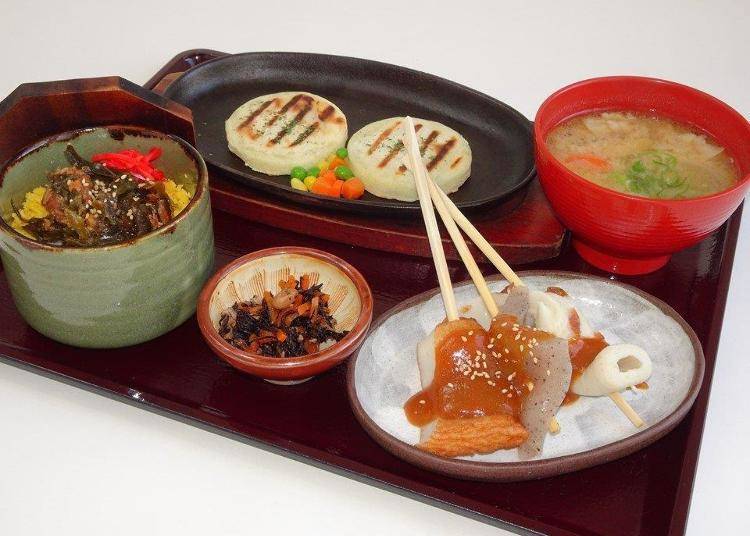 The Tondenhei set meal (1,030yen) is another popular item. Red kombu rice made with red salmon and red kelp from Hokkaido, together with steamed potato dumplings, tonjiru pork soup, miso oden, a set with plenty of volume in a snug bowl. Note that the term Tondenhei refers to the soldiers engaged in security and reclamation in Hokkaido during the Meiji era.

The Historical Village of Hokkaido is where you can feel like you've traveled back in time just by walking around. For those wanting to discover more about Hokkaido, there's no better spot than here.

How to get to the Historical Village of Hokkaido

Next, walk to Shin Sapporo bus terminal's north lane from either Shin Sapporo Station or Odori Station. Board bus 10 towards the "Historical Village of Hokkaido" and alight at the terminal. The trip takes 20 minutes, and the fee is 210 yen per person.

Visiting Sapporo: 9 Essentials to Know Before Traveling to Japan's Northern Capital
Bringing Japanese History to Life: Edo-Tokyo Open Air Architectural Museum
Never Knew About This Place! Foreign Residents Share 10 Memorable Spots in Sapporo
Browse & Book Now ▶ Popular Sightseeing Tours in Hokkaido
*This information is from the time of this article's publication.
*Prices and options mentioned are subject to change.
*Unless stated otherwise, all prices include tax.