HOME Secrets to Shopping in Japan: Guide to Annual Sales in Japan & Where to Shop 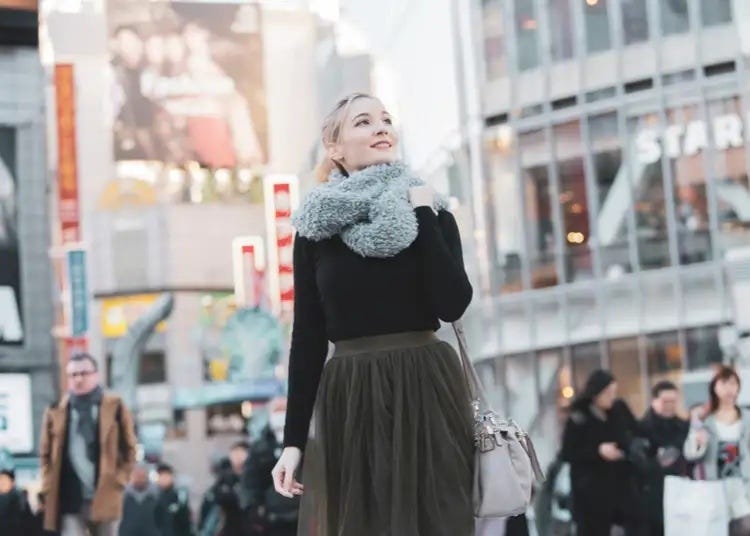 Secrets to Shopping in Japan: Guide to Annual Sales in Japan & Where to Shop

People who want to visit and enjoy shopping in Japan often hear this one particular sentence from friends and acquaintances: “But Japan is really expensive!”

There's some truth to this, as particularly touristy areas in Japan – with Tokyo being the most famous example – can have somewhat inflated prices. That doesn’t mean that there’s no shopping bargain to be made if you know when to strike!

So, when is the best time to go shopping in Japan? Let’s look at all the secrets behind a successful Japanese shopping tour!

Breakdown of Seasonal Sales in Japan 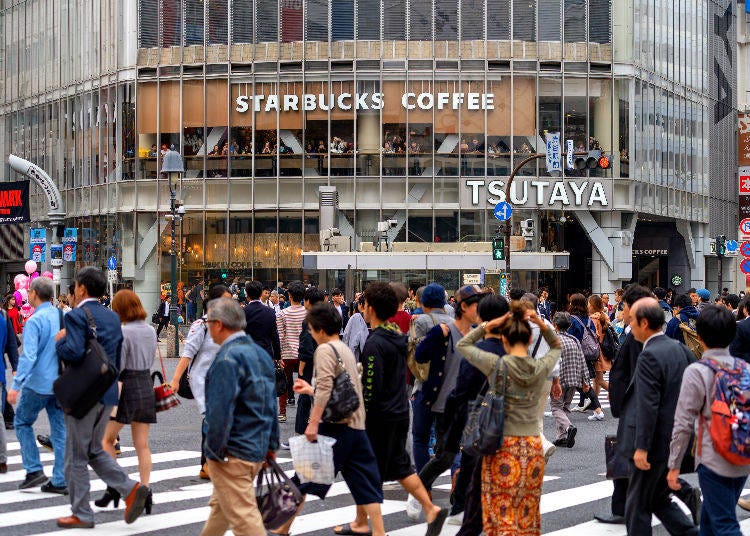 The biggest sales in Japan are the winter and summer sales. Clothing colors and materials change according to the season, and to clear their inventory, shops will release products at discounts ahead of the next season.

The sales duration is long and the closer it gets to the end, the bigger the discount you can find! If you can find the right item at the right time, you will be sure to get a great deal! 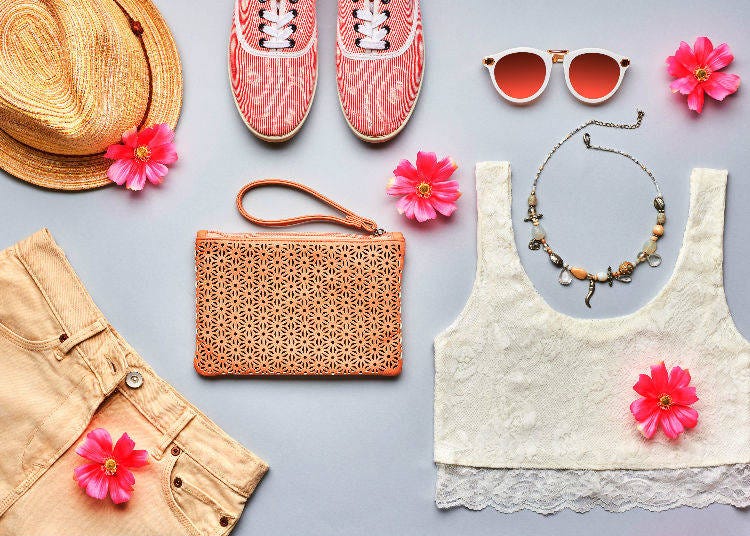 Spring products such as apparel have a short sale duration. Items start being displayed in early February, and by mid-March, the lineup is full. By April, stores will start bringing in summer goods, and many stores will change their lineup to summer goods by the end of Golden Week (GW).

Generally, spring sales start in April when summer clothes appear and end sales by Golden Week. Before and after the holiday, there is typically a clearance sale offering largely discounted items.

The best time to get pastel-colored spring items for spring is before Golden Week in early April to May.

Summer Sales in Japan: From Late June to Mid-August! 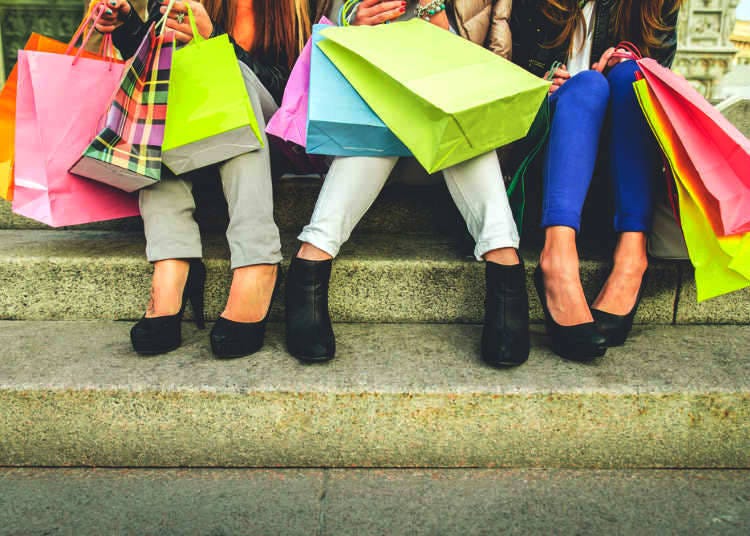 The peak for summer sales in Japan is from late June to mid-July.

The sales period will be different depending on the shop style; however, most department stores and fashion shops conduct their sales during this time. Outlets will start their sales from late July to early August. Sales are typically held around August 15, and they aim to attract as many customers during the Obon holiday season in Japan.

Since the sales end date varies, check each store’s information beforehand. If the sale period is long, the closer it gets to the end date, the discount rates increase. However, there is a higher chance that popular items will become sold out, so determining the correct timing becomes important.

Also, generally, the summer bonus is given out around mid-June in Japan, so expensive home appliances go on sale in July.

Example of Summer Sales Near Tokyo

November Sales in Japan: Filled with Many Sales Originally from Abroad!

In recent years, many new sales have occurred weekly from November to early December.

Ii Kaimono no Hi (A Good Day to Shop)
Sale Period: One week before and after November 11
Where: Online shops, convenience stores, and others 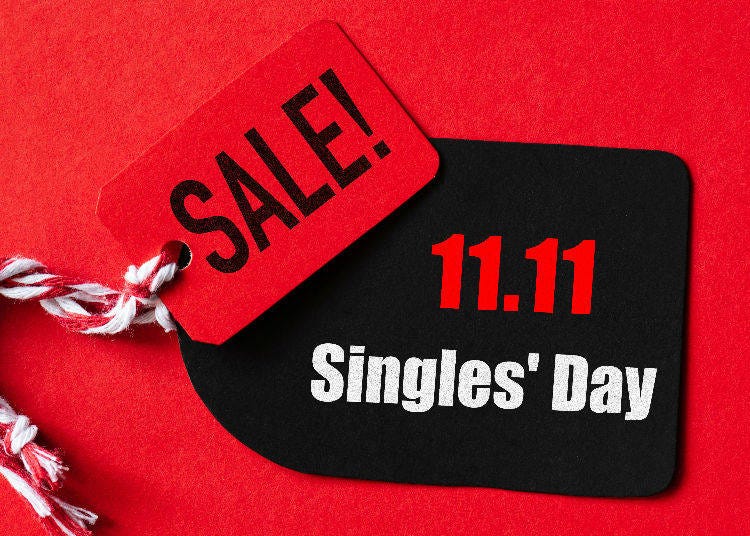 Ii Kaimono no Hi is held on November 11. It is a large-scale sale held at stores and online shops by five main companies. The companies are search engine and shopping site operator Yahoo!, Japan’s major communication company Softbank, music and book rental shop TSUTAYA, major convenience store Family Mart, and T Point Japan, which operates a point service when purchasing from the companies above.

The sale was originally started in 2009 by Taobao (Tmall) in China and was called “W11 (double eleven)” since it was held on November 11. In 2018 the gross sales in China were 314.3 billion yuan, and the market is continuing to grow and expand. Aiming to get a piece of the market, e-commerce has crossed borders and spread worldwide. In Japan, they started running sales in 2015. 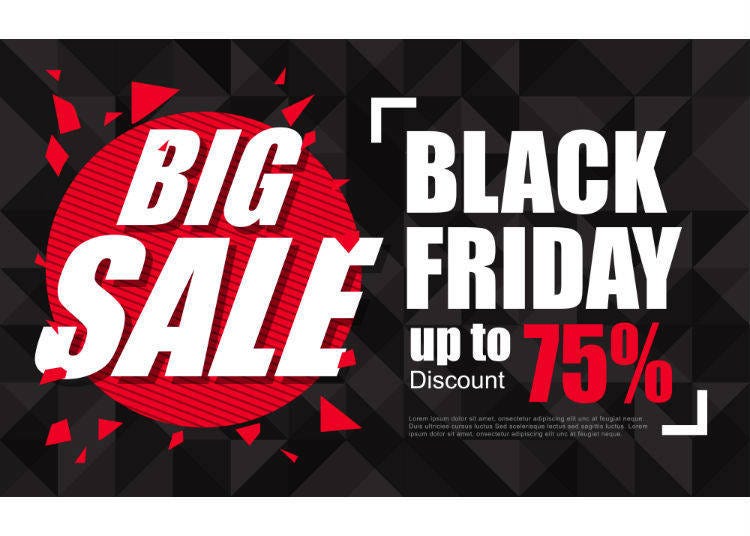 Black Friday is a major sale conducted once a year after Thanksgiving Day in the United States. It is a major event where many shops such as department stores, supermarkets, home appliance stores, and others offer huge discounts before Christmas. It has a festive feel like Japan’s New Year’s sale.

Only at shopping mall sales are there major discounts that put home appliances below 50% and a great discount for personal goods.

Amazon Cyber Monday in Japan
Sale Period: December 7-11 (generally, from the fourth Thursday in November to the next Monday)
Where: Amazon Online Shop 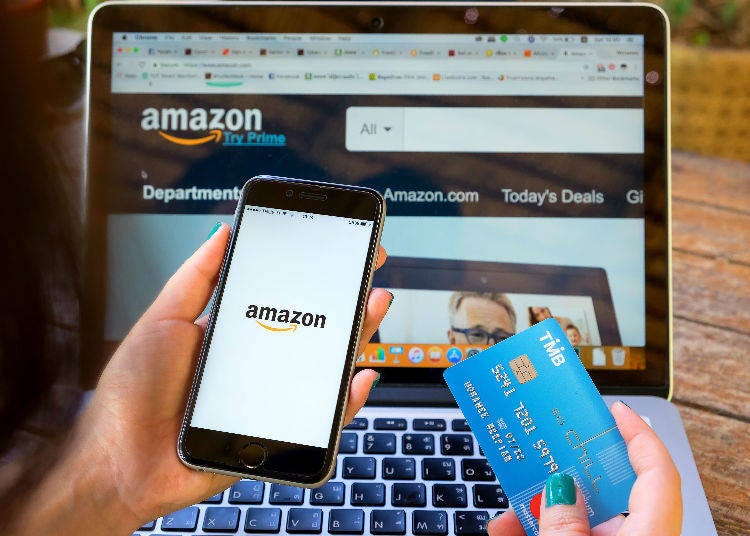 Cyber Monday is a sale conducted on online shops after Black Friday. Cyber Monday offers more discounts on goods that were left over from Black Friday and offered a chance for people who missed Black Friday to get what they were looking for.

Cyber Monday is still not a standard sale in Japan, however, Amazon.co.jp conducts a large-scale campaign, and over 2,000 items go on sale. Looking at the past two years, Amazon.co.jp Cyber Monday is held from December 7-11. Compared with being held immediately after Black Friday, there is a tendency to start late two weeks later.

For people visiting Japan during this period, it is possible to have Amazon deliver the goods to your hotel. It depends on the inventory, but items purchased on Amazon will be delivered within 3 days. For a detailed delivery date, check with the website. 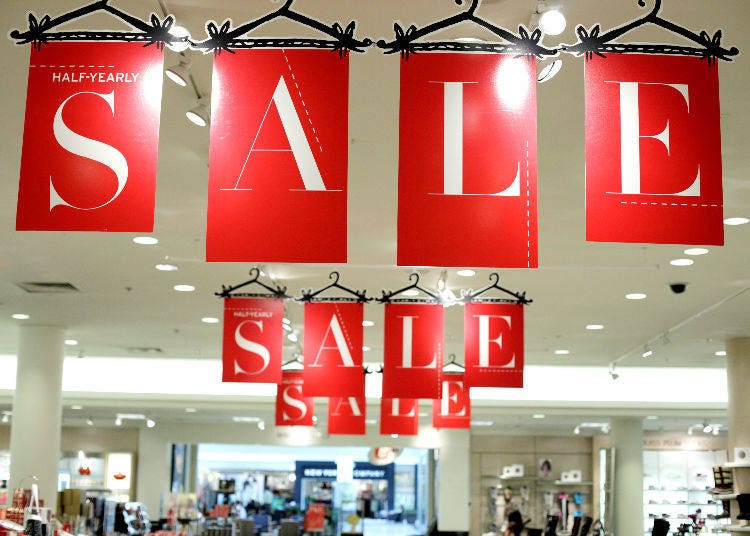 In Japan, where baseball is a major sport along with soccer, a unique sale is held: the Professional Baseball Japan Series Championship Sale. This sale is conducted by the winning team’s sponsor and is not guaranteed to be held every year; however, it has become a seasonal event that is a bonus for the winning team’s fans.

Depending on the winning team’s sponsor’s business, the region where the sale is held and products will vary. 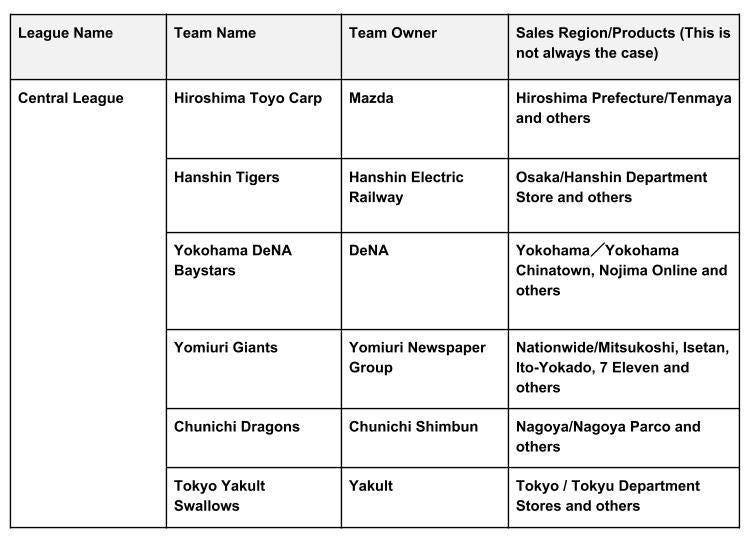 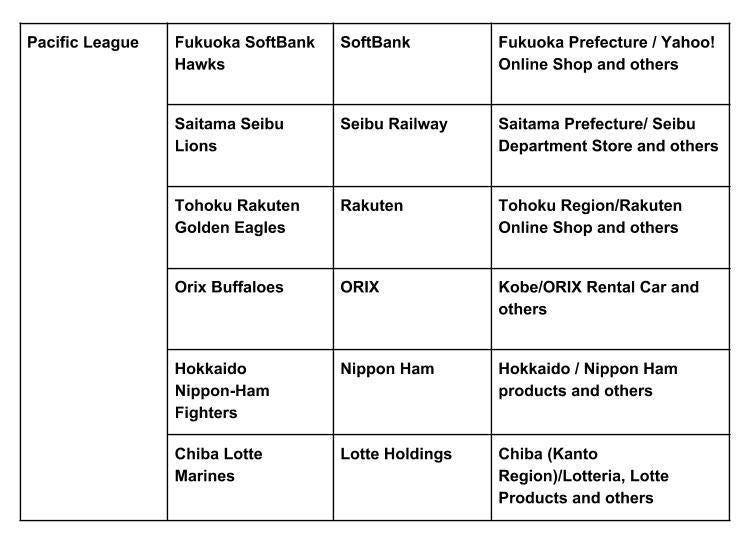 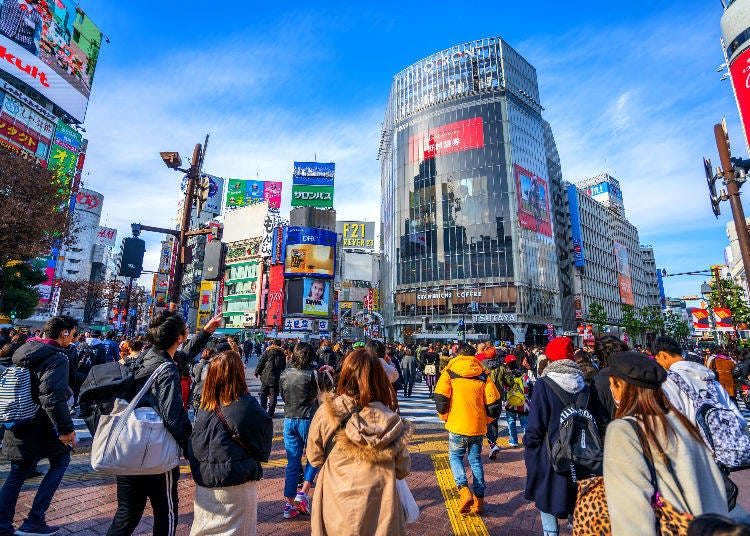 In December there are many events such as Christmas parties, end-of-the-year parties with friends or co-workers, and New Year’s Eve.

In Japan, the winter bonus is issued during this period, and department stores and shops are filled with customers looking for gifts for themselves, coworkers, friends, and family. Also, home appliance stores have big sales on major household appliances and electronics.

During this period you will see many advertisements for Christmas sales and year-end sales, however, the really big discounts start after the New Year for winter items. 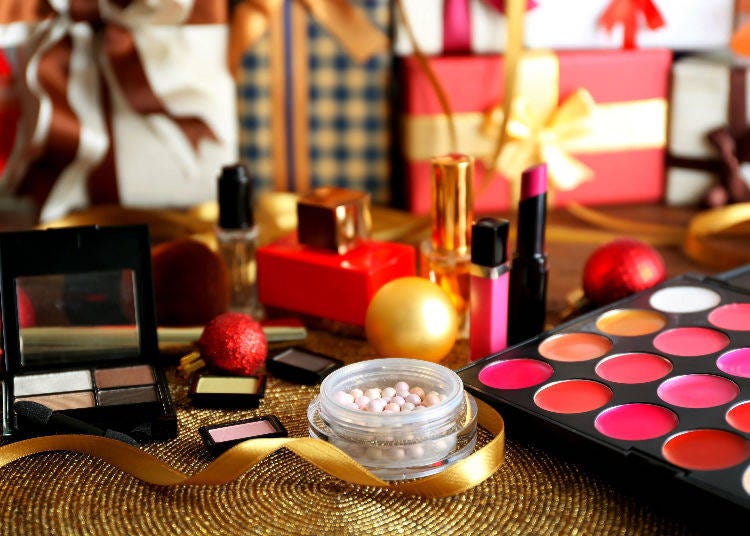 For the period right before Christmas, we recommend the “Christmas Coffret” – bundles of cosmetics and accessories. During the Christmas Coffret, cosmetic companies offer limited Christmas sales, these items are in a set and offered at a great discount.

The set includes limited pouches and colors. Women all over Japan look forward to this, and popular brands will be sold out on that day through reservations. Also, before Christmas is a great time to look for accessories since there is a full lineup and limited designs.

Woman’s beauty magazines “Maquia,” “Biteki,” and “Voce” have a special for Christmas Coffret in their December issue. If you are not sure what to get at the department store, you could purchase one of these magazines at a convenience store and check which items to get first. If you have a particular brand you like or a certain item, you could check their official site and see if the item you want is part of the coffret or not.

December is also one of the best times to buy clothes and appliances - brands will usually be releasing a new series that they focus on for the new year, so getting rid of older items is almost like tidying up.

First Sales of the Year to Winter Sales in Japan: Don’t Miss Out on the “Fukubukuro!” 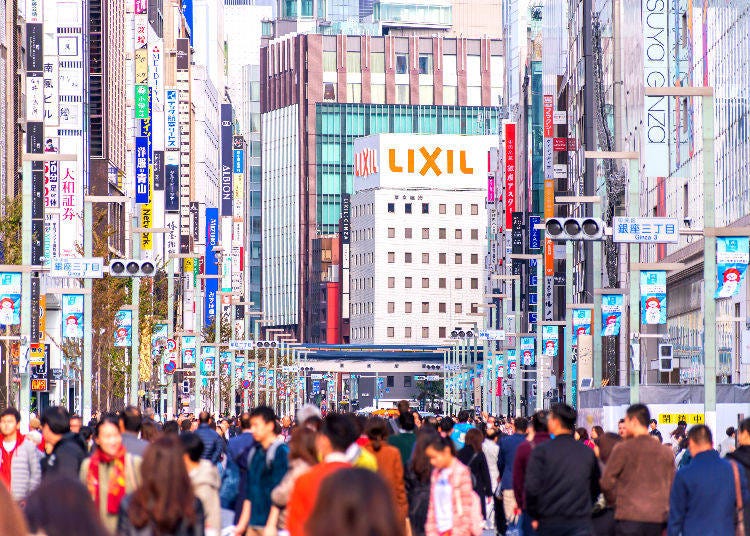 Winter sales peak from early to late January! Many department stores, fashion buildings, and clothing stores conducted their first sale of the year around January 2 and continued their winter sale until late January. Also, note that many shops are closed on January 1.

The main feature of the year's first sales is the “Fukubukuro!” The Fukubukuro (lucky bag) contains items that are several times the selling price of the bag. The bag's contents are a mystery, but they include various items such as apparel, cosmetics, food, stationery, jewelry, and home appliances. There is a risk that items may not be to your liking, or the size might not fit. However, the excitement and discount are worth it. 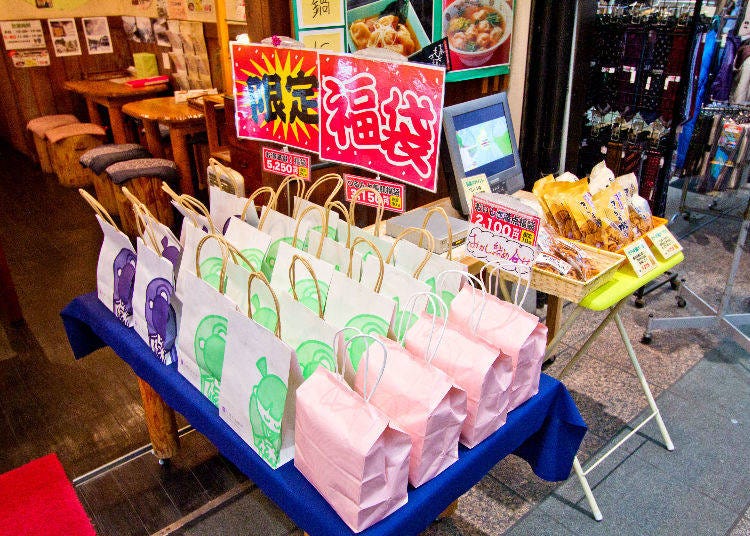 Generally, the winter sale goes in full swing after New Year's holidays, and discounts become better weekly throughout January. Expensive items such as coats become cheaper, so it might be a good idea to visit during this period.

There are cases where some shopping malls in the outskirts conduct sales until early February. If you missed the winter sale in January, you could head out to outlet malls and regional shops to check their sales.

Aim for Japan’s Niche Sales in February and March! 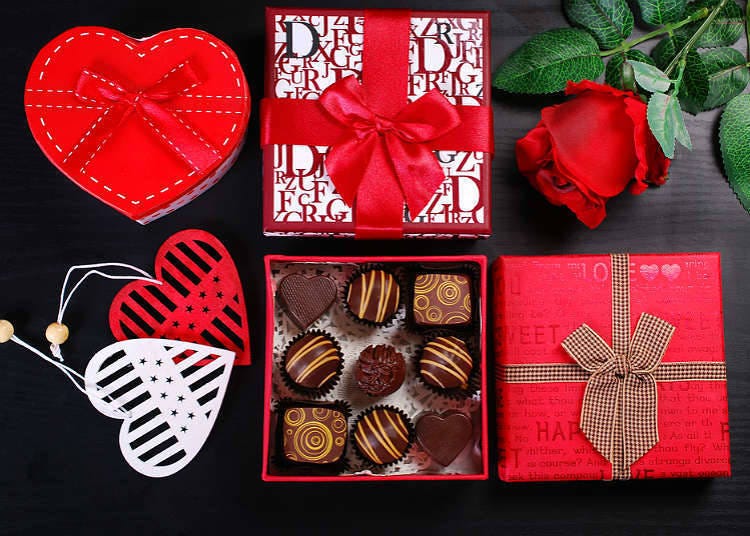 February and March will calm after the onslaught of winter sales - but that doesn’t mean there aren’t any sales!

After the chocolate festive by chocolate manufacturers is over, rare overseas brand chocolate and new chocolate by famous patissiers go on sale while they are within the shelf life. For chocolate lovers, February’s Valentine’s season with a huge chocolate brand lineup is worth a look even before the sale kicks off. 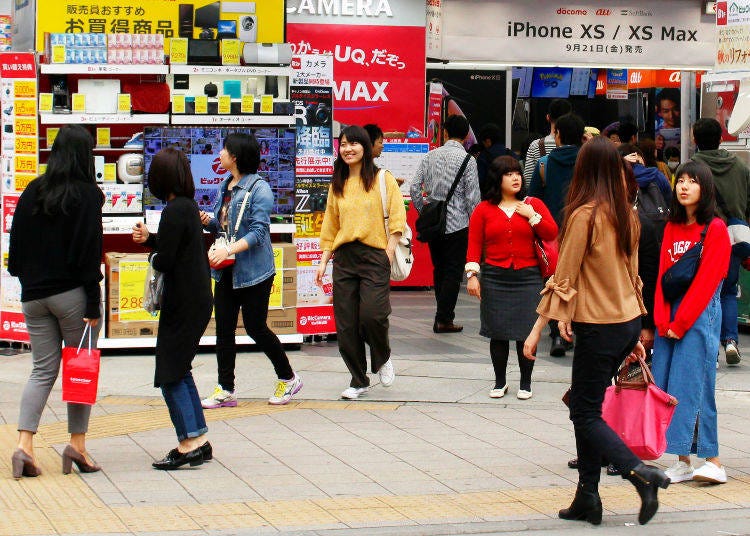 March is a great time for account settlement home appliance sales. In Japan, many corporations see the end of their fiscal year at the end of March, and many home appliance stores hold sales to finish up their year. There is a possibility to get that item you wanted at a great price.

Where to Shop: Main Shopping Areas in Tokyo

For main shopping areas in Tokyo, we will cover the 3 most popular districts: Shinjuku, Shibuya/Harajuku/Omotesando, and Ginza. 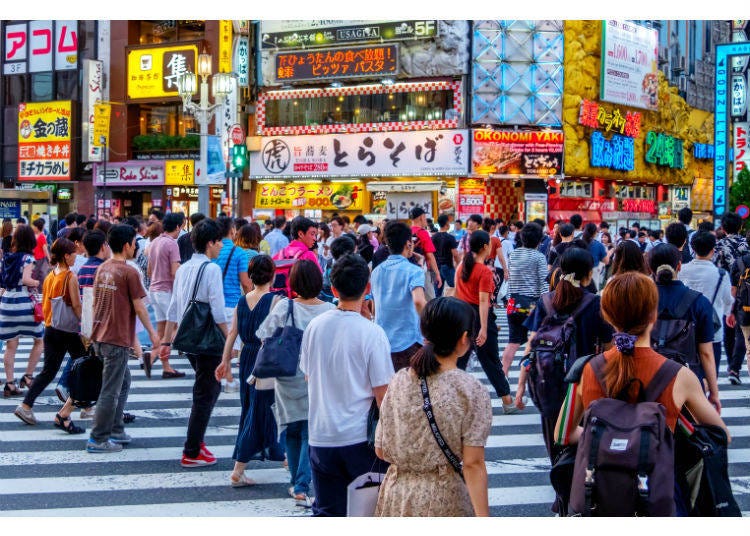 In Shinjuku, there are not only large high-end department stores like Isetan and Takashimaya, but there are casual fashion buildings such as Mylord and Lumine. Shibuya, Harajuku, and Omotesando are popular shopping areas for young people. It is where new trends start and have many business facilities like Shibuya 109, Shibuya Hikarie, Laforet Harajuku, Omotesando Hills, and others. There are direct shops for Japanese brands such as Acne Studios, Undercover, Issey Miyake, and Beams. Also, taking a look at the stores behind the main street is fun. 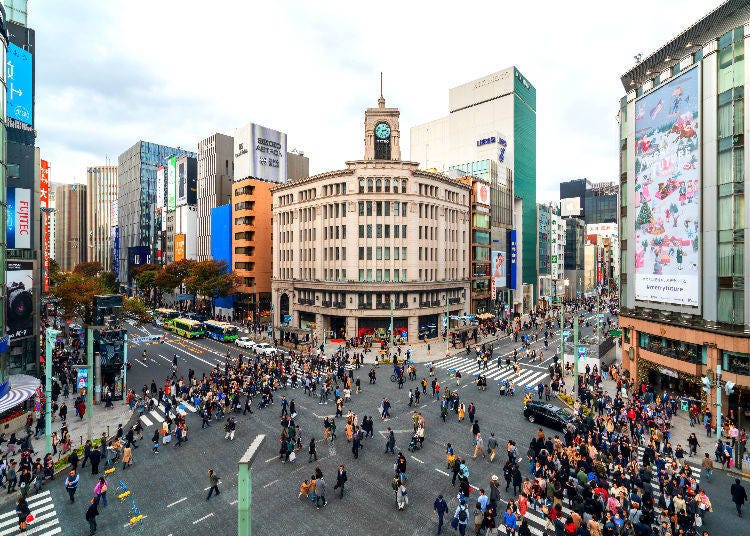 If you are looking for luxury goods or brand items, Ginza is the place to go. Centered on Ginza Namikidori, there are many luxurious world brand stores such as Chanel and Prada. There are also department stores such as Ginza Mitsukoshi, Matsuya Ginza, and Hankyu Men’s Tokyo.

Ginza, where many brands have their flagship store, is a fascinating place where you can see a full lineup of brands. There are casual shops like Uniqlo and GU, and near Yurakucho Station, there are large complex stores like Muji x Loft and Bic Camera.

10 Best Tokyo Shopping Districts: Where to Shop and What to Buy There

If you want to buy items on sale in Japan, July and the New Year’s Holidays are good times to visit.

If you plan on visiting over the New Year’s, department stores and fashion buildings close early on December 31 and are closed on January 1.

Also, there are cases where you can’t return or exchange items on sale. Since it can get very crowded, some stores have limits on how many items you can try on, so select carefully when you make your purchase. We hope you have a wonderful shopping experience during sales in Japan!

7 Important Tips on Shopping for Clothes in Japan

Other recommended articles on shopping in Japan

Tax-Free Shopping: Guide to the Tax Exemption System in Japan (and Japan Tax Refund!)
Shopping Heaven! Best Outlet Malls and Factory Outlets in and Around Tokyo
Layover in Japan? Perfect guide to shopping malls near Narita International Airport
*This information is from the time of this article's publication.
*Prices and options mentioned are subject to change.
*Unless stated otherwise, all prices include tax.