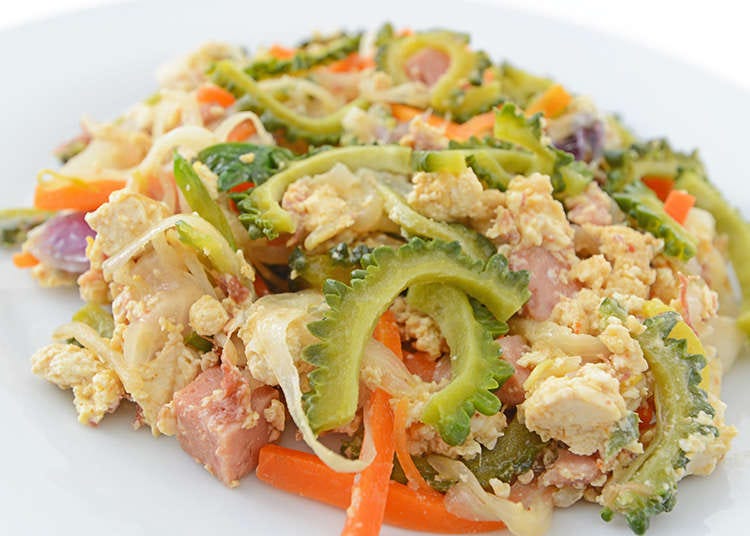 Okinawa is located in the southwest of Japan and is the westernmost prefecture of Japan. The local dishes there are popular on a national level.

Look up establishments by Okinawan Food 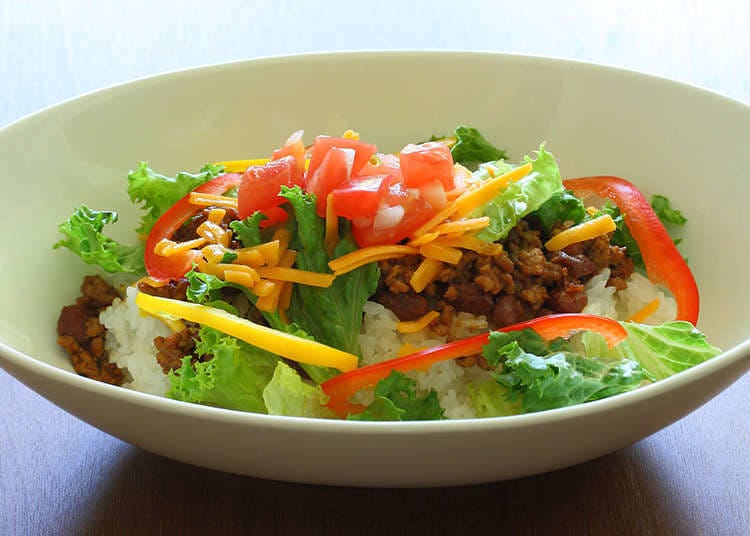 Okinawan cuisine is greatly influenced by China and Southeast Asia, with which they had historical relationships. Also, because Okinawa developed under American military rule, there are some dishes created that were influenced by North American culture. The ingredients of taco rice are fresh lettuce and tomatoes, ground meat fried and seasoned with spices, and cheese. All of them are mixed together and eaten with rice. 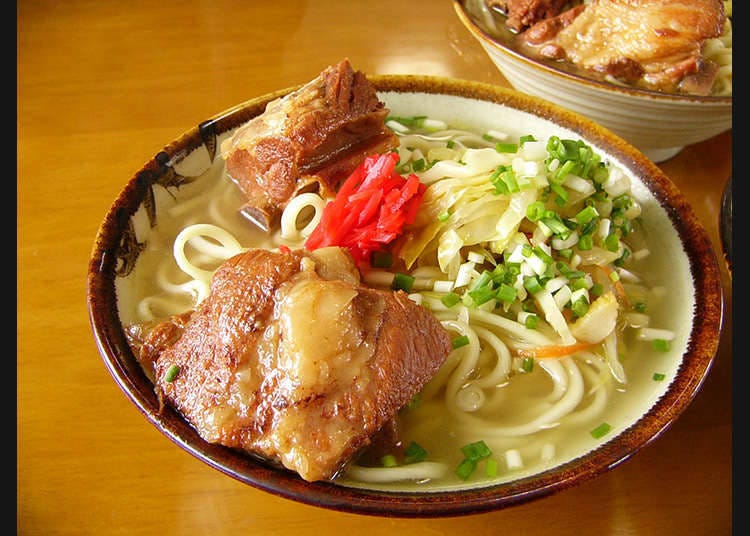 Many Okinawan dishes use pork as an ingredient. Pork is rich in vitamin B1 and is said to be help avoid suffering from the summer heat. That makes sense in Okinawa where the high temperature and the climate can make you lose your appetite easily. Soki is pork spare ribs stewed for a long time until it gets moderately soft. 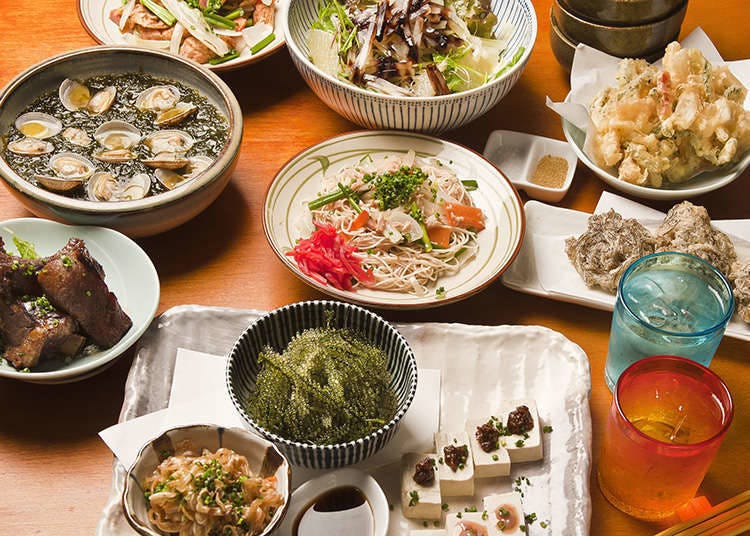 Sea grapes are a valuable food that grows only in the warm sea of Okinawa. You can be addicted to the lumpy texture of them. Mimiga is a Okinawan dish of pig ears with a crisp texture. Island shallots are vegetables marked by distinctive spiciness and stimulating scent. They are good as tempura.

Okinawan restaurants are expanding throughout Japan. Many of them have an interior design reminiscent of a traditional Okinawan house. The attraction of the restaurants is that you get to enjoy your meals while listening to improvised music or by chatting with the locals. You'll definitely start wanting to visit Okinawa.

Look up establishments by Okinawan Food
*This information is from the time of this article's publication.
*Prices and options mentioned are subject to change.
*Unless stated otherwise, all prices include tax.