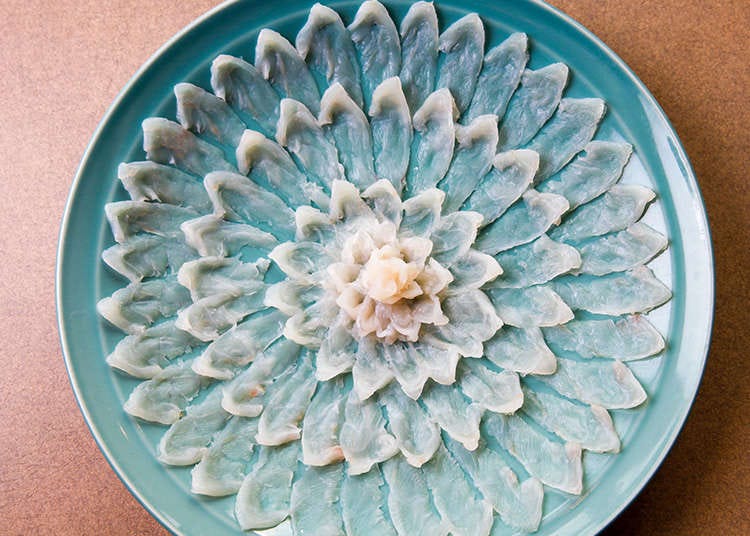 Fugu is a species of white-fleshed fish, and fugu cuisine is enjoyed in Japan. There are many ways to cook fugu, and many fugu restaurants serve fugu in course menus.

Look up establishments by Fugu 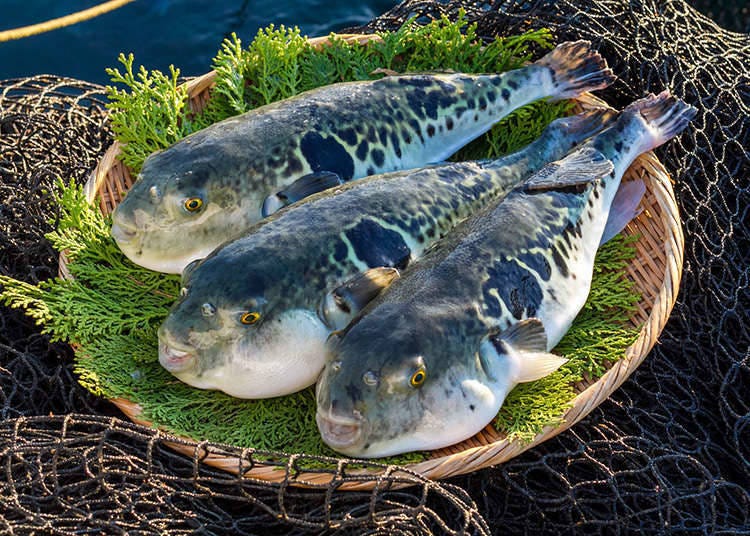 Among 120 types of fugu, there are only 22 types that are allowed to be eaten in Japan. Because some fugu are partly poisonous, only chefs with fugu chef licenses are allowed to cook fugu.

Fugu can be enjoyed throughout the year, but it becomes fatter and tastier in winter due to the low temperature of the sea. Also, the shirako (soft roe) gets bigger before the fugu lays eggs, so this is the best time to eat shirako.

Fugu sashimi is also known as "tessa". Fugu is sliced into translucent, thin strips. Pick up 2 to 3 slices using chopsticks, dip them into ponzu sauce (a blend of soy sauce and citrus juice) before eating. Fresh fugu is just the right kind of firm.

Fugu-chiri is a hot pot with fugu and a lot of vegetables cooked together. It is also called "tecchiri". Eat it with ponzu sauce. Fugu-chiri soup is rich in taste and flavor, so after the fugu and vegetables are eaten up, you may want to finish it off with zosui (rice soup) by adding rice and beaten eggs into the soup.

Hire-Zake is made by first grilling fugu fins until golden brown, and adding them to heated Japanese sake. The flavor and fragrance of the balances well with the sake to create a unique flavor. 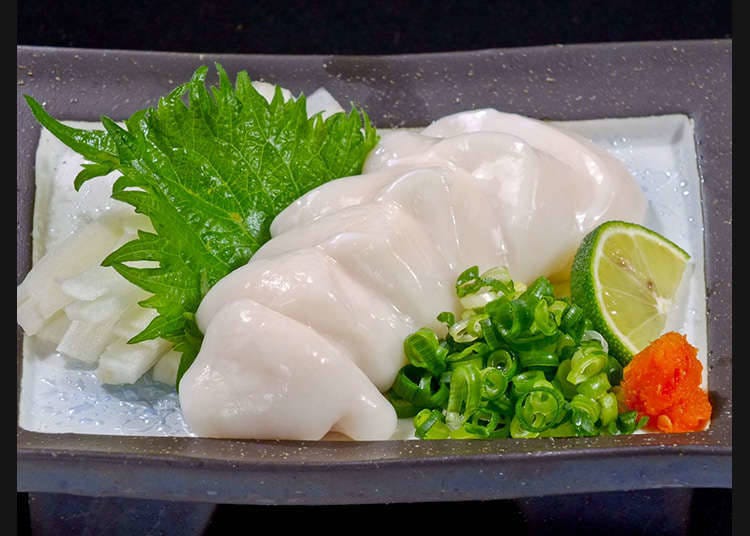 Fresh fugu shirako does not smell fishy. It is creamy and rich in flavor. In Japan, people eat raw shirako with ponzu sauce, or lightly grill shirako and eat it with ponzu sauce or salt.

Look up establishments by Fugu
*This information is from the time of this article's publication.
*Prices and options mentioned are subject to change.
*Unless stated otherwise, all prices include tax.