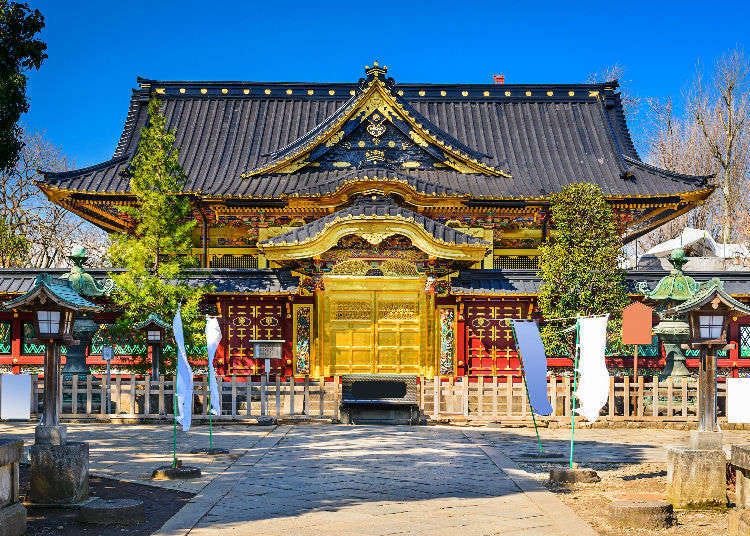 Kyoto isn't the only place where visitors to Japan can experience traditional shrines and temples. We will introduce ten shrines that you won't want to miss during your visit to Tokyo. So take a journey and get ready to experience the traditional atmosphere and spiritual side of Japan's most major metropolis. 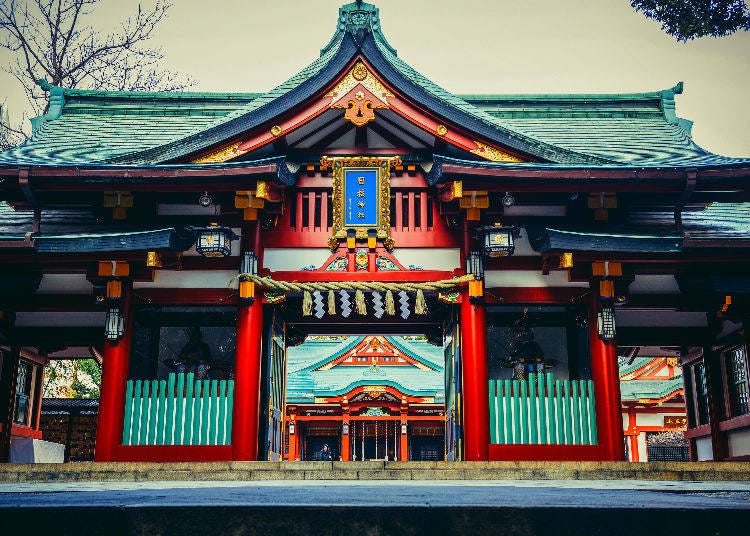 Hie Shrine is in Nagatacho, the heart of the Japanese government. People say that this shrine offers good luck for business prosperity and the future of a company. This is also the reason why so many politicians and businessmen visit it. In old days, it played the role of guarding the Edo Castle. Since the monkey is considered the divine messenger of Hie Shrine, stone statues of monkeys are enshrined to the left and right of the worship hall. 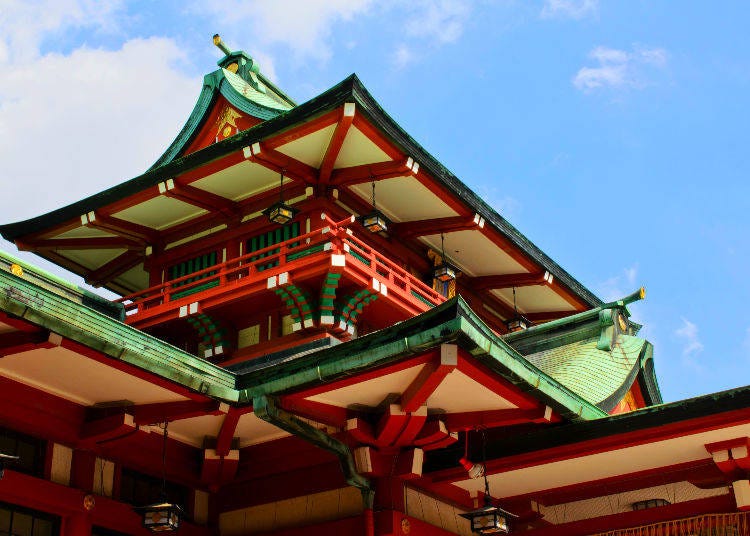 This shrine was built in 1627. The "Fukagawa Hachiman Festival" held in mid-August has a history of over 350 years. Every Sunday (with the exception of the third of the month), a popular antique market is held here. 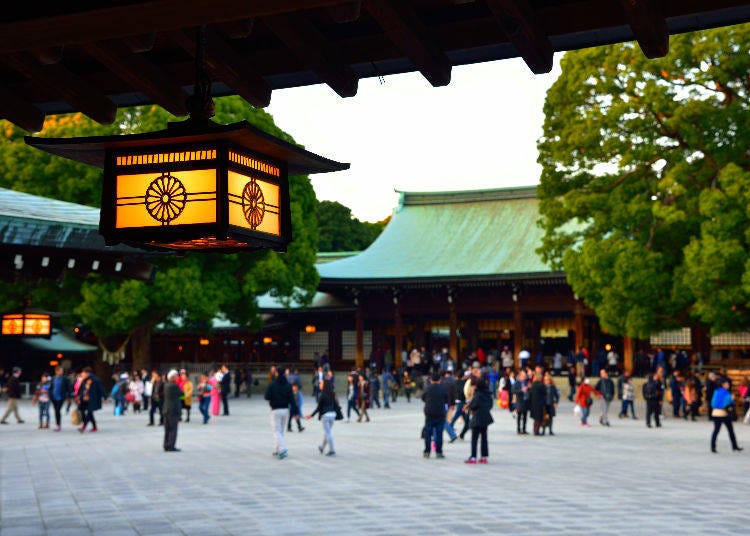 This is the shrine where the Emperor Meiji and the Empress Shoken are enshrined. On the vast site of 700,000 square meters, there is a rich green forest of about 100,000 trees offered from all over Japan, where you can enjoy the nature of the four seasons. Over three million people visit the shrine on January 1st through 3rd every year, the most visitors of any shrine in Japan! 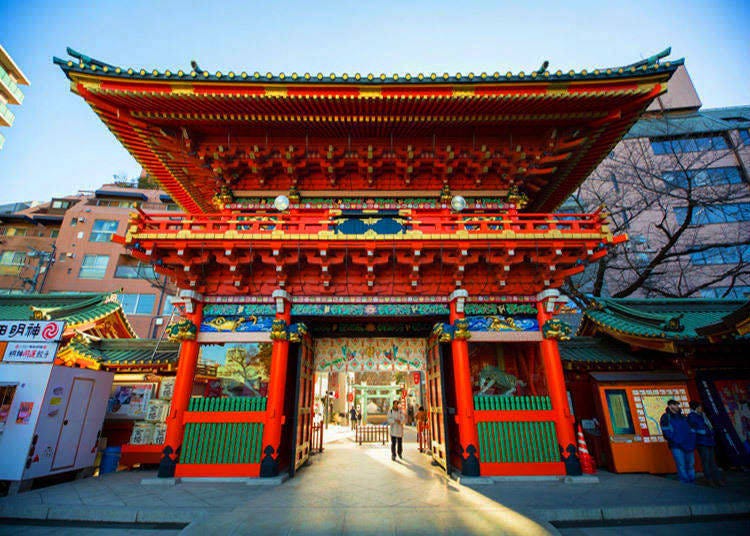 Kanda Myojin Shrine is within walking distance from Akihabara, Tokyo's so called "Electric Town" and otaku hot spot. It is an old shrine with a history of about 1300 years. Since warlords prayed for their victory at this shrine and carried out the unification of Japan, people say it brings luck to games and sports. Konosuke Matsushita, the founder of Japan's electronics manufacturers "Panasonic" also was known to worship at this shrine. 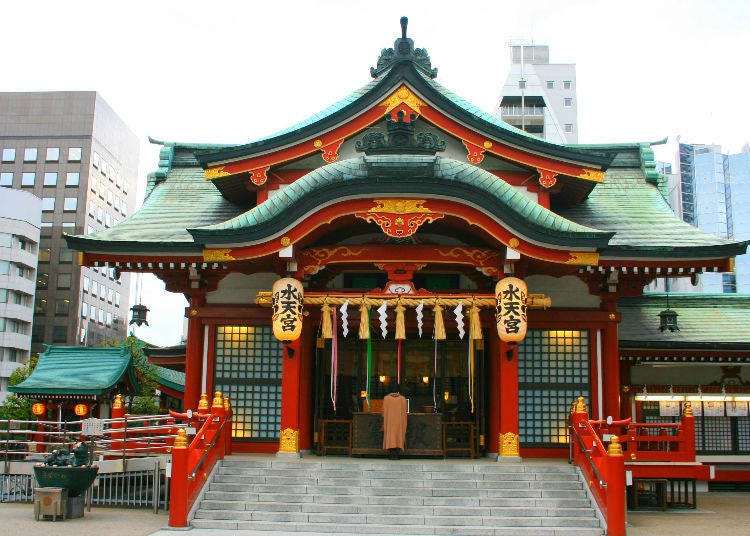 This shrine has long been worshiped by those wanting to pay their respects to the god bestowing safe delivery and children. "Misuzuobi (baby protecting band)" is a pure cotton cloth of unbleached color for pregnant women to wrap around their stomach to help gently support and protect their babies, taking advantage of the old-fashioned natural texture. In the spring of 2016, it was relocated for renovation. 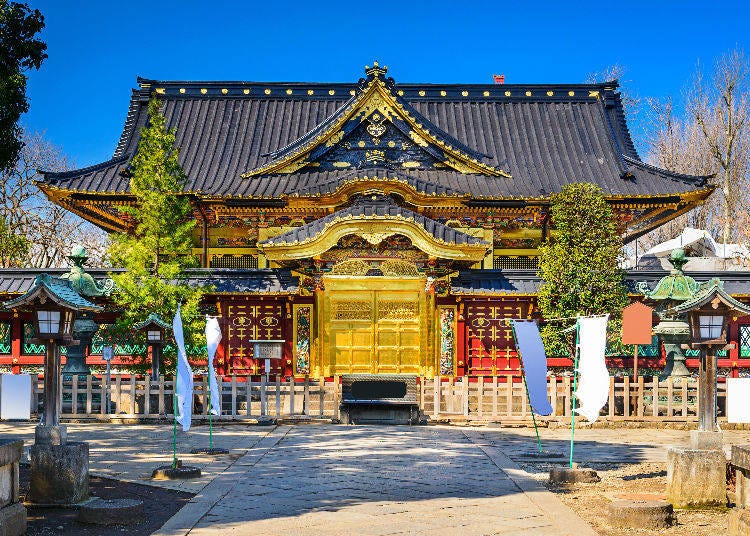 This shrine is at the corner of Ueno Park, enshrining warlords that opened the Tokugawa shogunate, which ruled Japan for 400 years. It has various things to see, such as a stone torii gate which was designated as an important cultural property, grand lanterns lining the approach, and the golden shrine. 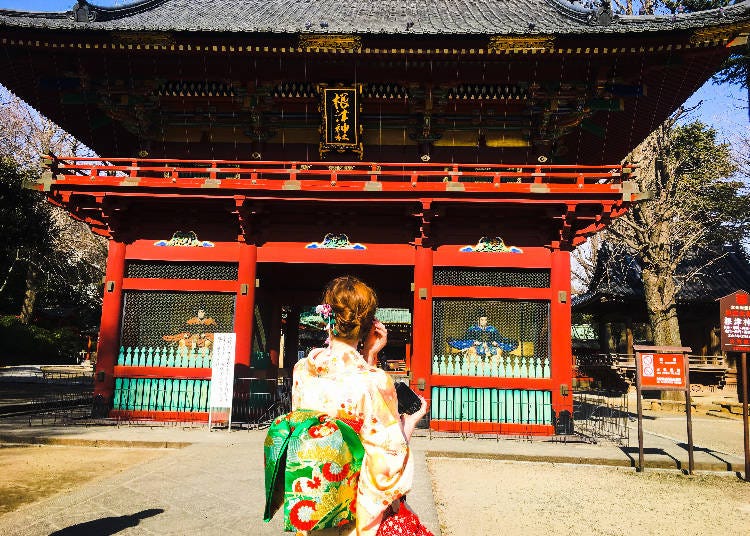 A shrine of gods that appears in the mythology of Japan, with a history of 1900 years. Seven buildings on the grounds of the shrine are designated Important Cultural Properties of Japan. You can go through "Senbon (thousand) torii", where bright red torii continue like a tunnel. 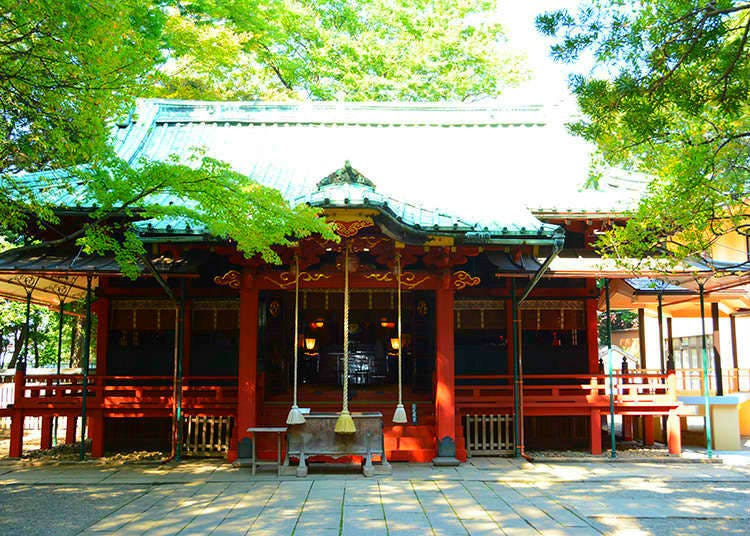 This shrine has been worshiped as a shrine of good marriage since long ago because it enshrines a god of married couples and a cupid god. The shrine built by Tokugawa 8th Shogun Yoshimune has remained from the Edo period, and is designated as a cultural property. While it is in Akasaka, the center of Tokyo, there is plenty of nature including a large ginkgo tree that has been standing for more than 400 years. 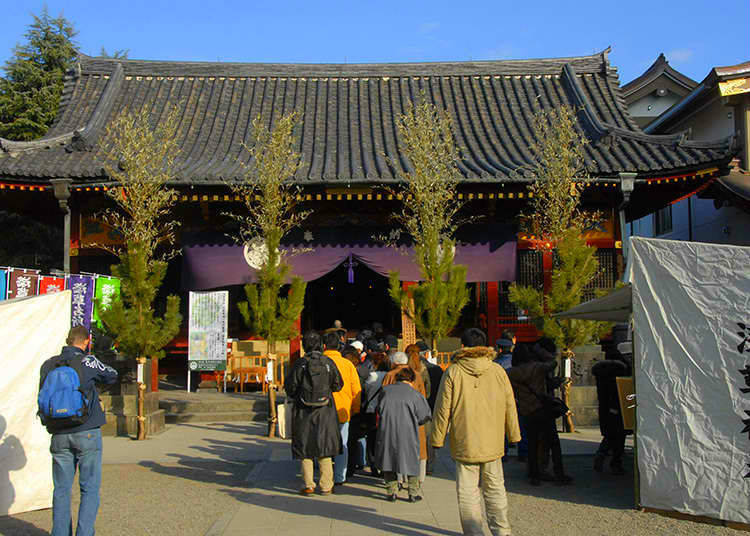 Asakusa Shrine is the shrine where the three people involved in the founding of Sensoji Temple are enshrined as Gods. "Sanja Matsuri" is a big festival held in May, where 100 portable shrines move through the town of Asakusa. It is popular as a festival where you can feel the atmosphere of Edo. Every year about 1.5 million people come to see this lively event. 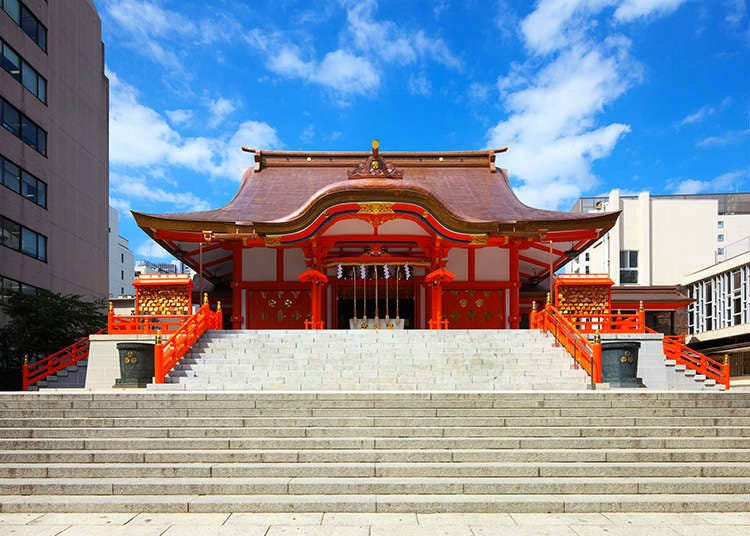 Hanazono Shrine is in Shinjuku, downtown Tokyo. A festival called "Torinoichi (Cock Market)" is held in November every year. About 600,000 people are known to come each time! Here you can find many stalls , some offering "Kazarikumade (decorated rake)" a lucky item of prospering business, and others sell food. It is heated so that despite being a winter festival, you will remain warm and toasty.