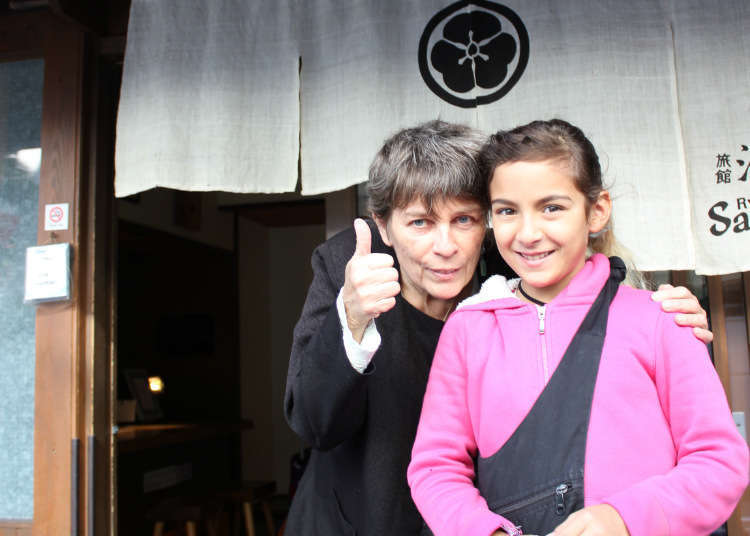 Two rooms have their own bath and toilet, but the guests of the other ten rooms have to share a bathroom – these 12 Japanese-style rooms belong to Ryokan Sawanoya, a traditional Japanese inn run by an equally Japanese family. Simple and without much décor, these rooms can be called almost nostalgically Japanese when examined from a Japanese perspective.

However, this is by no means a bad thing, seeing that Ryokan Sawanoya boasts an annual occupancy rate of 95% throughout its 30-year long history, with 87% being guests from overseas.

After talking to Mr. Isao Sawa, the ryokan owner, I realized why his traditional Japanese inn was so immensely popular among international tourists. 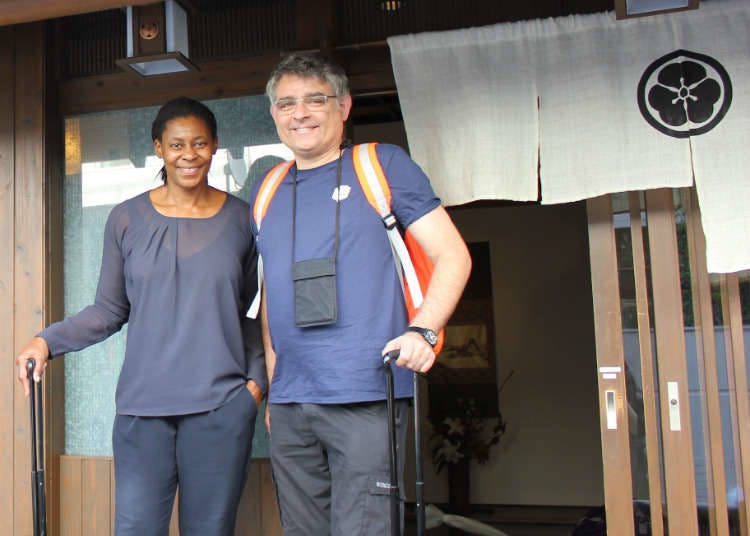 A couple from England who brought their young children. “Ryokan Sawanoya is wonderful.” 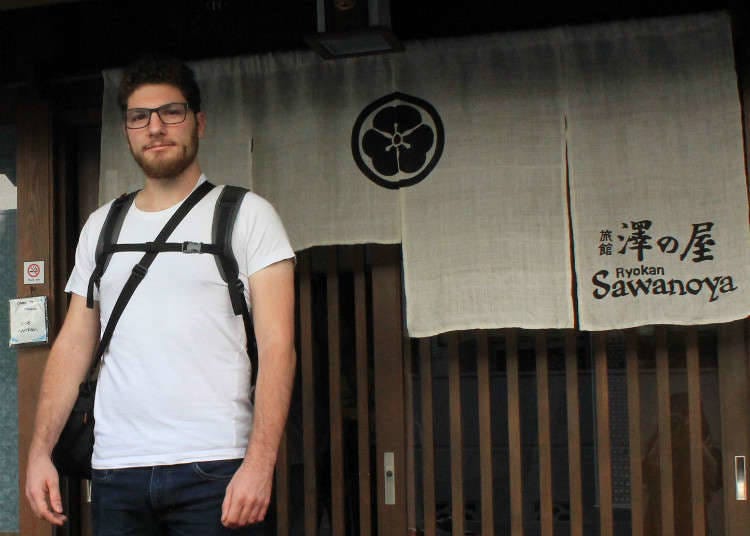 A French tourist who will visit Aichi soon. “This is my second time in Japan and I wanted to see what staying at a traditional Japanese hotel is like.” 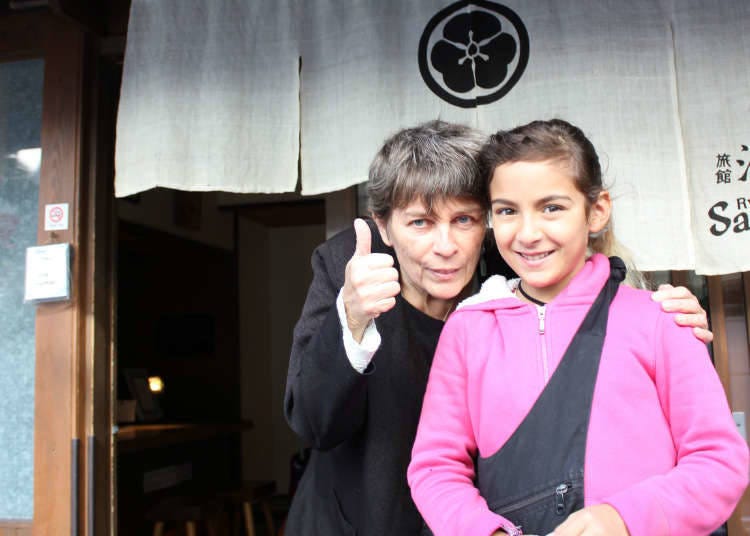 1. Ryokan Sawanoya is convenient for those who prefer to travel freely

The reason why Ryokan Sawanoya started accepting international guests was out of adversity.

It was once a large room type of ryokan primarily for group tours but ultimately couldn’t keep up with the time. In 1982, there were three consecutive days in which Sawanoya had zero guests, and the family couldn’t pay the utility bills. At that time, the ryokan of a friend of theirs did accept international visitors, and since their English was broken but alright, they decided to give it a try as well.

“Losing the ryokan was out of the question, we were feeding the family with it and wanted our son-in-law to take it over. And when no guests are coming, the business will collapse. We were terrified of that.”

But after one year, the rooms were almost fully booked, and the number of international guests increased from 5% to 58%. At that time, one night at Ryokan Sawanoya cost 3,800 yen, tailored to the needs of people who’d rather travel individually than with a group and sought to save a bit of money. This concept is still the same today. 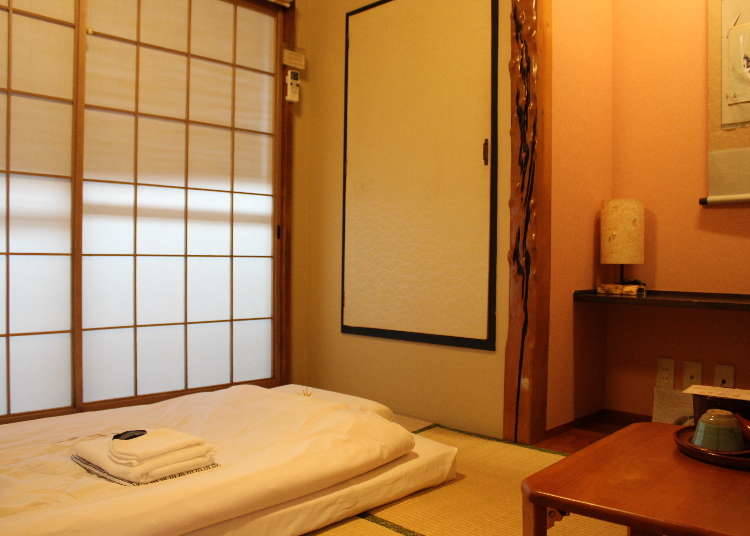 2. Staying open while paying attention to the guests’ needs

Thinking about it, there’s really no way to find that one souvenir that people from all the world’s 195 countries are happy with. Our guests are all people who are familiar with traveling freely by themselves; thus they also want to choose their meals and souvenirs by themselves.”

“I say that I collect this information for other Japanese inns, but actually it’s for my own sake. I want to know what kind of trip the travelers want. So even if it’s a lot of work, I don’t mind doing it.

“There are times I am surprised by cultural differences, things that I wouldn’t think about but are completely natural for others. It’s fine to just leave it at that, but if someone had an unpleasant experience and you just discuss a bit to come to a mutual understanding is best, I think. If you simply say ‘I don’t like foreigners who do this and that,’ it’s over.” 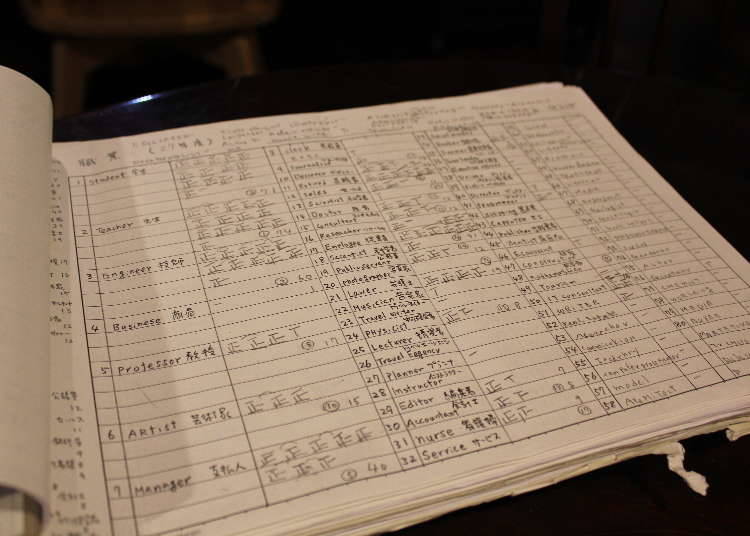 Mr. Sawa is a data-maniac. He has an account book called “My Treasure,” in which he registers the data of his ryokan guests in neat handwriting. In recent years, the number of people from France, the United States, and Australia seems to have increased – top management, Mr. Sawa! 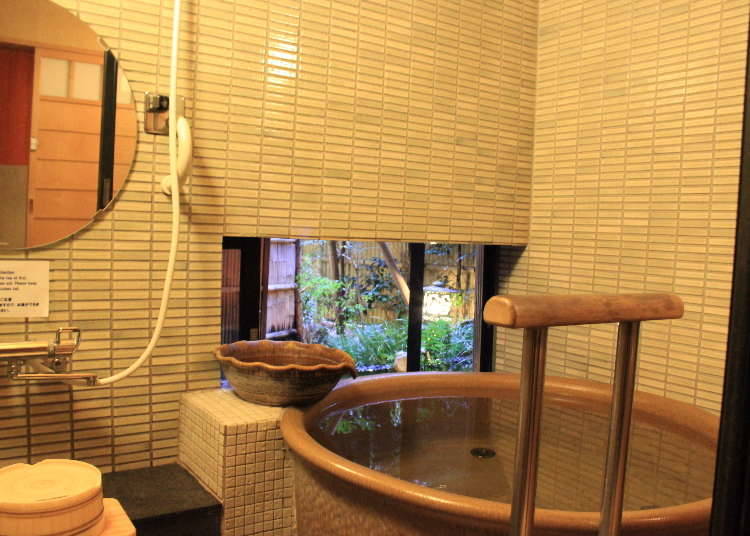 There are two baths, and you can see the garden from either one. After taking a bath, many people drained the water, something that isn’t done in Japanese bathing culture as you’re supposed to clean yourself with a shower before entering the bath.

So Ryokan Sawara altered the plug, making it come off only with special tools. With a circulation system, the cleanness of the water is ensured.

“If Ryokan Sawanoya got bigger or became a chain, I wouldn’t come anymore,” Mr. Sawa was told by returning guests.

“In Japan, there’s the belief that when five rooms turn into fifty, and fifty into a hundred, you’re a success. But you lack managerial effectiveness if you stay the same over the decades.

I also thought that people wouldn’t come back if we didn’t improve our facilities, but overseas are incredibly famous B&Bs run by nice older women who have stayed the same for decades. When I asked why they simply said: “Because there are so many people who like it that way.”

Until then, I thought that I needed to have the same standards as everyone else, but suddenly, the scales fell from my eyes. There’s the desire to go to a different place from the norm, and when I became friends with my international guests, I realized that the Japanese way of thinking is very different. As for us, people often say, “I like it here because it’s a family business.” 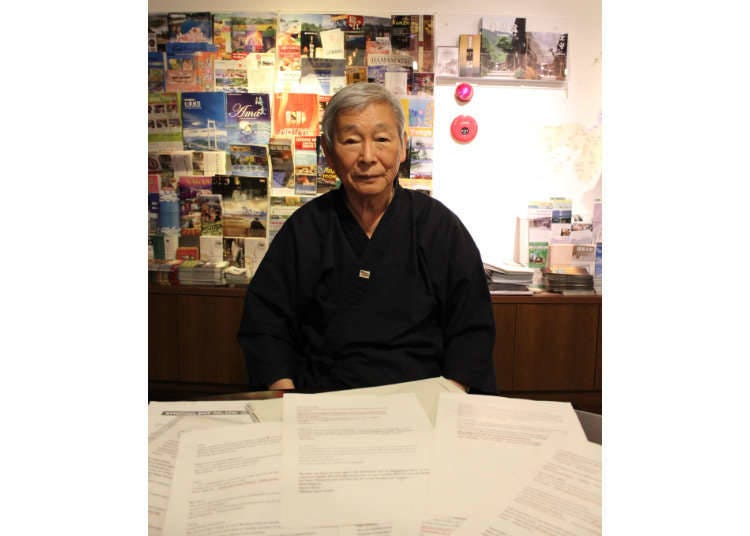 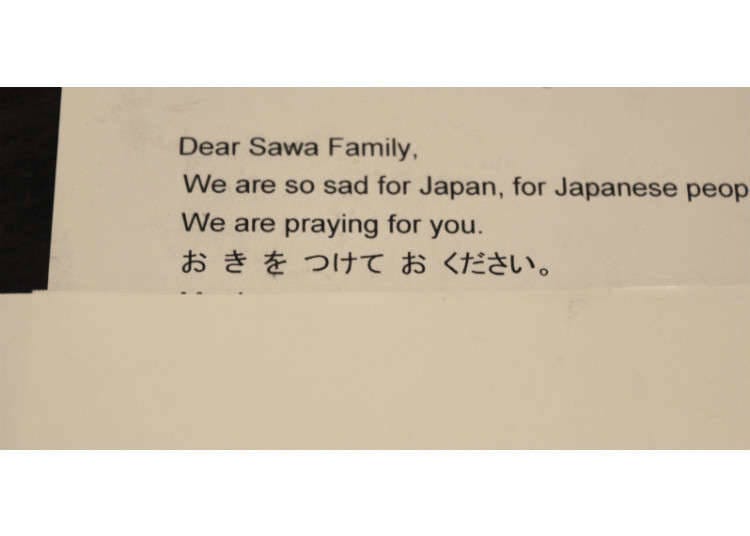 4. Experiencing the day to day life in Yanaka

“Now, that’s my personal theory, but I think that if you want to continue something for a long time, it’s important to not go out of your way and focus on things that cost little money. Of course, we don’t hesitate to do the things within our possibilities. For example, instead of serving people dinner, we sometimes introduce them to places where they can enjoy the local food.”

I went to his home, and he showed me every part of it, from the basement to the bedroom. “What are you doing tomorrow?” he wanted to know, and when I said, “I want to explore the town with my wife,” he handed me the keys to his house and told me to come and go freely. I was surprised; he was rather different from Japanese people.

It was the season for white asparagus, and when I said I wanted to eat some, and while we said that we only cook for lunch, they made a lot of asparagus for us. They also took me to meet their family, even distant relatives, and introduced me to everyone as “This is Mr. Sawa from Tokyo.”

"We always consider it as something special when guests come to stay with us, but they just made us part of their daily lives without regarding us as outsiders. That was the most enjoyable part.” 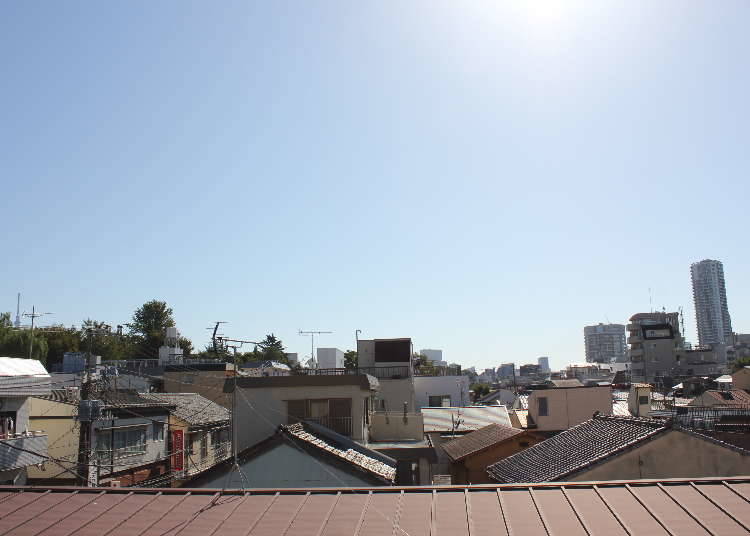 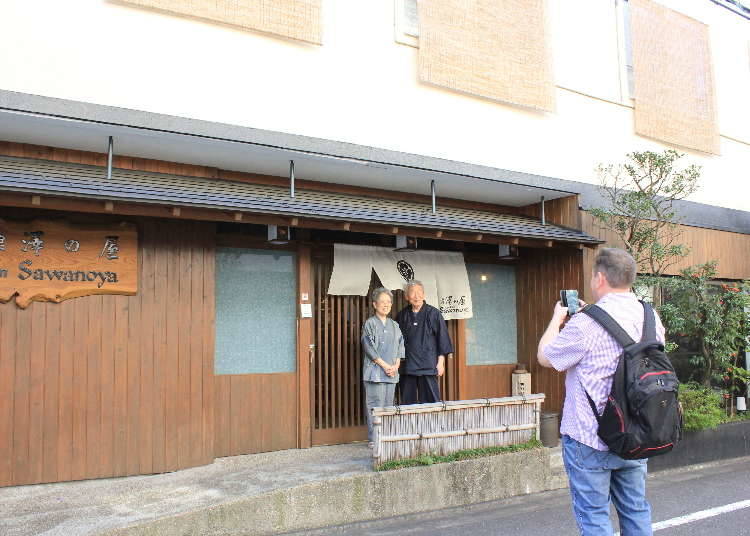