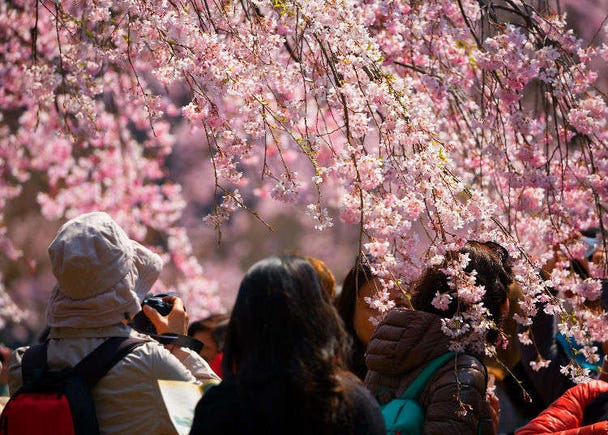 Having distinct seasons, first-time visitors to Japan may wonder a lot about Japan's climate. Stretching from the north to south and influenced in part by the surrounding ocean, the country has various climate divisions. Here, we will introduce the natural phenomena and the climate indigenous to Japan!

1. Why does Japan have distinct seasons?

Since Japan is surrounded by ocean, the subtropical westerlies affected by the ocean current in the wintertime and the southeast winds and the monsoons blowing in summertime play a role in creating Japan's distinct four seasons. Distinct seasons can be seen in the mid-latitude regions where air masses largely shift.

2. What is Japan's unique forecast - the "Cherry Blossom Front" - all about? 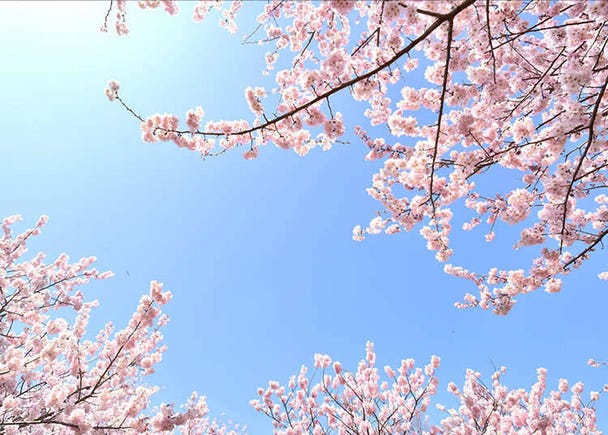 Japanese people are deeply attached to cherry blossoms. In Japan, there is the custom to forecast the day cherry blossoms start blooming. The areas and spots of the same bloom date is connected with a line on a map and is called the "cherry blossom front" from its resemblance of the fronts on a weather map.

3. Not many have hay fever in Okinawa!? 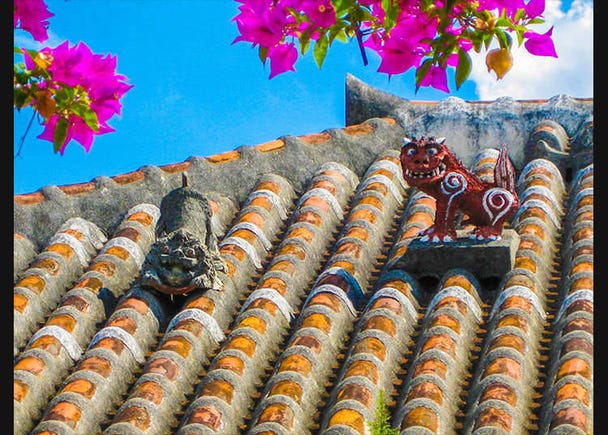 Pollen from cedar troubles many people in Japan with hay fever during the springtime. However, it is said that people in Okinawa do not suffer from pollen as much. This is because cedar does not grow in Okinawa's year-round mild climate. 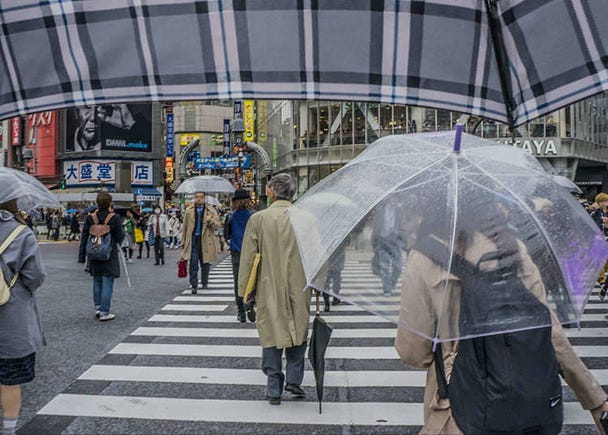 How to Survive Japan's Rainy Season

5. But there's no rainy season in Hokkaido? 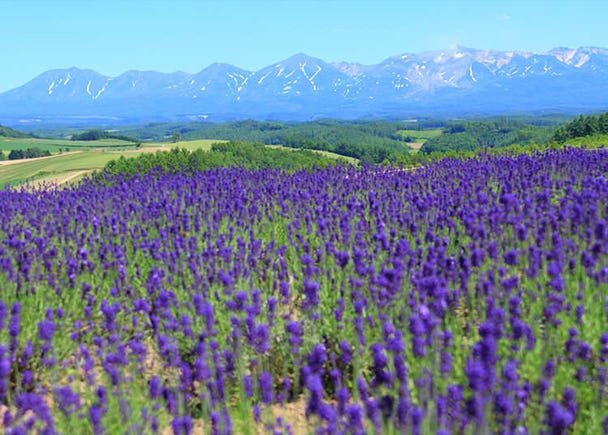 6. Why is Japan's summer so humid? 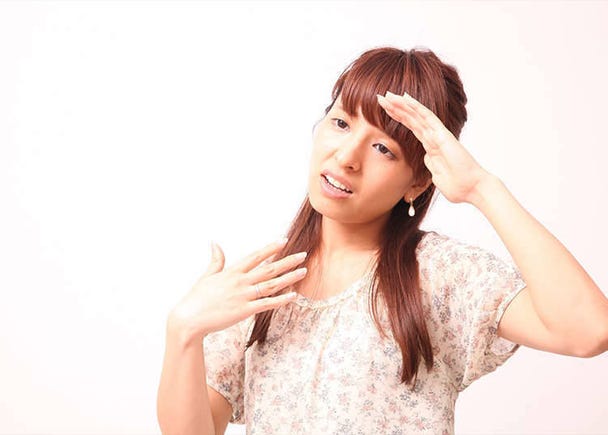 Summer is humid in Japan, which may make many travelers uncomfortably sweaty. This humidity is due to the "Pacific high". The high pressure forms over the Pacific Ocean so it contains a lot of water vapor. When summer arrives, it moves to the north and covers the Japanese islands. The southerly winds then carries the hot and humid air from the Pacific Ocean to Japan, making it humid.

10 Things to Know About Summer in Japan – From Weather to Events!
Winter Sightseeing in Tokyo Done Right: What to Know and What to Bring

7. When and where does it snow in Japan? 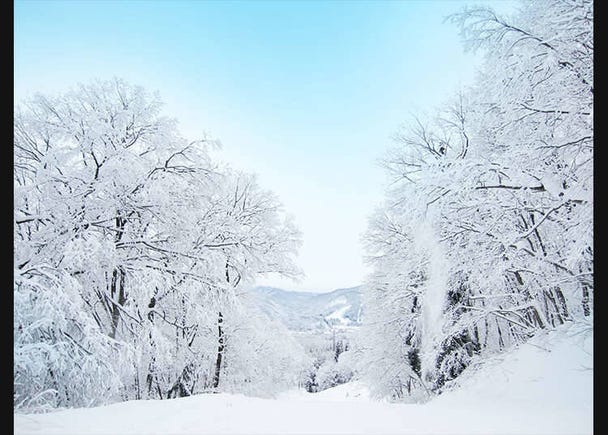 Let’s take a quick look at the climate of Japan between December and February. A cold northwest wind is the standard, and when this northwest wind blows over the Sea of Japan from the North, the water vapor in the wind turns into snow. This is why West Japan experiences quite a lot of snowfall. This northwest wind then blows over the mountains of Honshu, the biggest of Japan’s main islands, and dries in the process before reaching Tokyo and the other regions on the Pacific side. Thus, Tokyo’s winter air is rather dry and there’s hardly any snowfall – this is a dangerous combination for dry skin and chapped lips, however, so take precautions.

8. Mt. Fuji can forecast the weather? 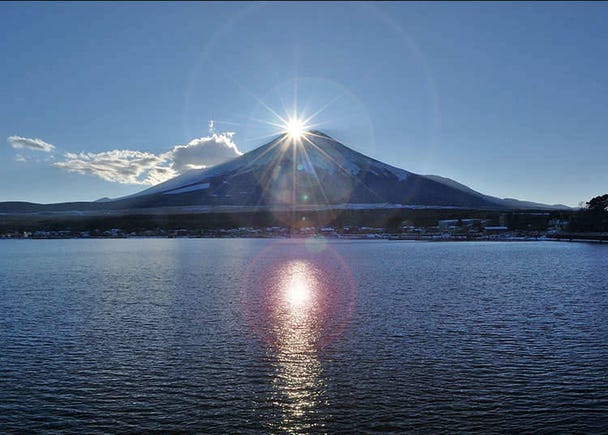 From the old times, it has been said that people living around Mt. Fuji could predict the weather from watching the clouds over the mountain. For example, if umbrella-shaped clouds form at the top of the mountain, people would predict rain the next day. If clouds form at the foot of the mountain, they predicted it would be sunny the next day. People in old times watched Mt. Fuji to predict the weather when no technology was available to predict weather.

9. Are the names of typhoons different from country to country? 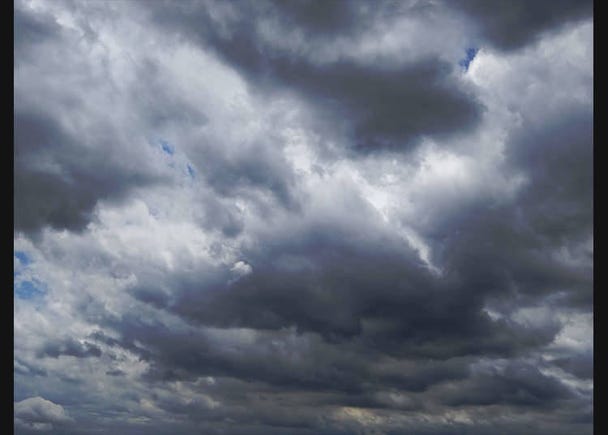 In the past, the U.S. gave hurricanes female names. This is said to have been because these weather systems were observed by naval and air forces and people named them for fun. They gave typhoons the names of their wives and girlfriends in an affectionate way, which is said to be the start of naming typhoons.

In 1998, the ESCAP/WMO Typhoon Committee, an international organization with 14 member countries, created five lists of names, with each member submitting 10 names. These names are used sequentially without regard to year - a partial list of these is reproduced below.

In Japan however, typhoons conventionally do not receive names. Instead, after January 1st of every year in Japan, the first typhoon that occurs is named the 1st typhoon and the following typhoons are allotted the number in its developed order! 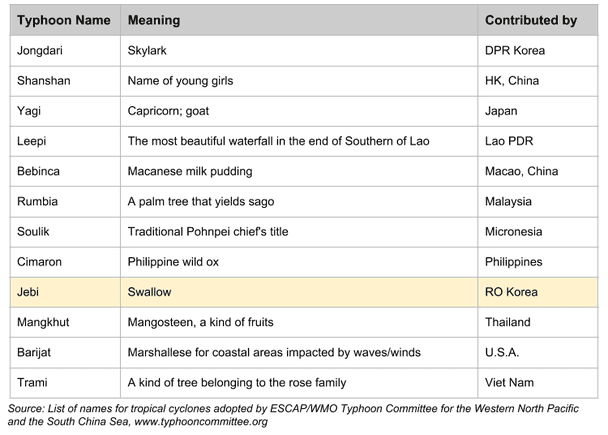 Read More About Japan's Four seasons
*This information is from the time of this article's publication.
*Prices and options mentioned are subject to change.
*Unless stated otherwise, all prices include tax.