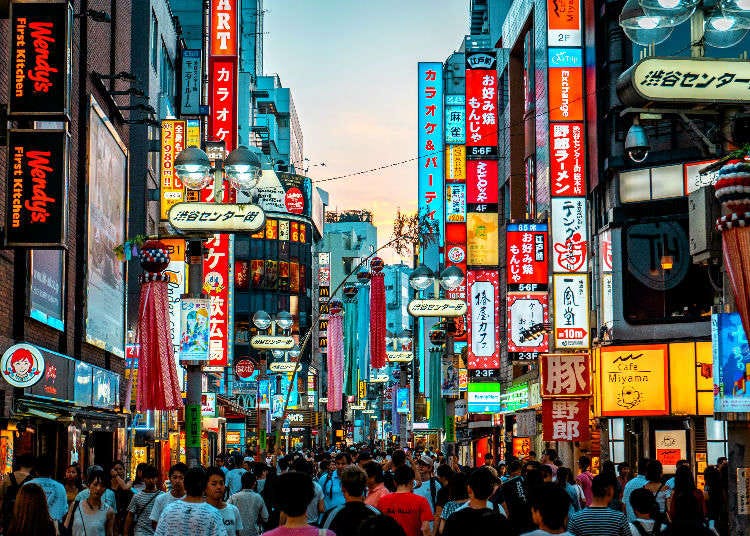 Just look at any Tokyo facts and you'll see many around the city's massive population. People who visit Japan for the first time are often surprised by the sheer mass of people in Tokyo’s rush-hour trains or in Shibuya Crossing, the busiest intersection on the planet. Sightseeing spots, too, are always crowded and even when walking down the street in a popular area, it's often hard to not bump into someone.

According to the 2019 update of Demographia World Urban Areas, Tokyo is the largest "Megacity" in the world!

Here, we compare the population of Tokyo to other Japanese prefectures and cities around the world, and will also take a look at changes and issues regarding the future.

1. What is the Tokyo population in 2020? (And how does it compare to other Japanese cities?) 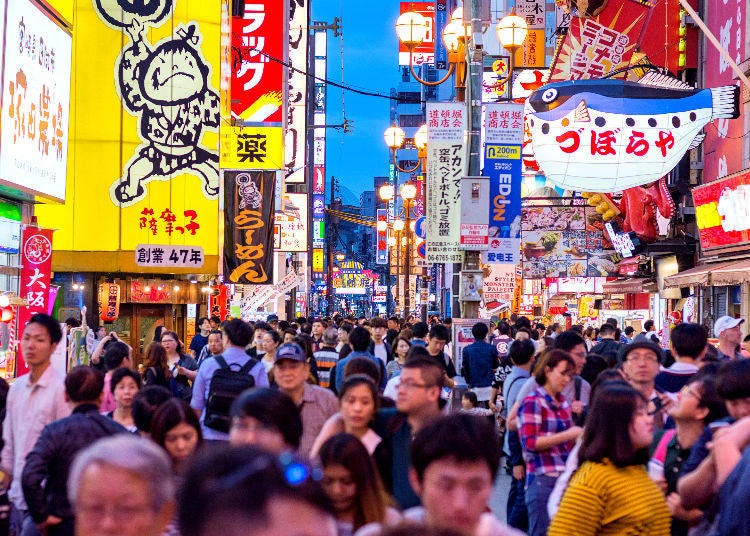 Kanagawa and Osaka prefectures take second and third place, and yet, Tokyo has about 1.5 times more people than Kanagawa's 9.18 million people. Tokyo is the only prefecture that has more than 10 million people living in it.

Another interesting Tokyo fact: about 420,000 people have moved from other parts of Japan to Tokyo in 2017 alone due to college and work, especially from the Kanto area.

Around 20% of the people (80,000 in total) move to Tokyo from Kanagawa Prefecture, while both Saitama and Chiba follow suit with 10% each (50,000 people). The majority of people move to Tokyo’s 23 wards which are the center of Japan’s politics and economy, and with every passing year, Japan seems to centralize in Tokyo more and more. 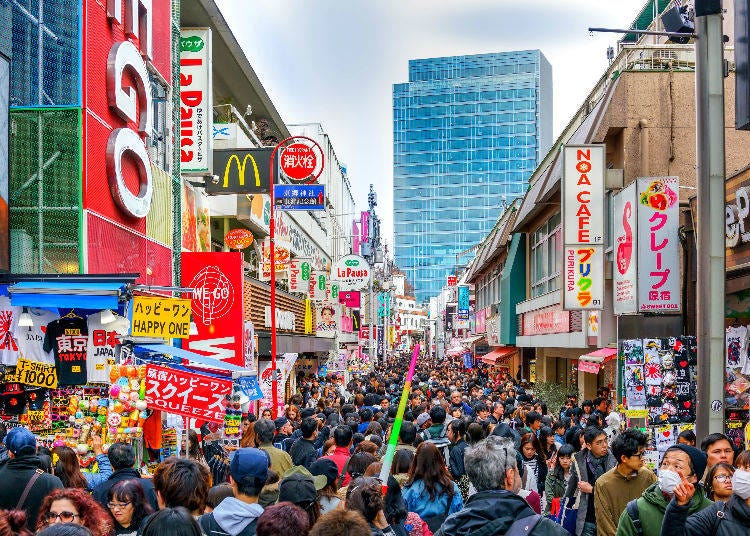 As of 2018, the world population has climbed to around 7.3 billion people and is expected to reach 10 billion people by 2050. There’s a steady increase in Europe and the United States, while the Middle East, Asia, and Africa are expected to grow even more in the future. But where are the most densely populated places on the globe?

Metropolitan areas with a population of over 10 million are called megacities, and currently, there are 37 of them dotted around the planet. Included in this number are Tokyo, Osaka, and Nagoya, Japan’s three biggest cities.

While Japan is currently experiencing a decline in the population overall, Tokyo is an exception and keeps growing, boasting the largest number of people of all the cities in the world.

Another Tokyo fact: It is expected that Tokyo will also be the urban area with the world’s highest population density in 2030. Japan’s capital of Tokyo indeed already is the largest urban area worldwide with a population of more than 38 million people, including the adjacent Kanagawa, Saitama, and Chiba prefectures. 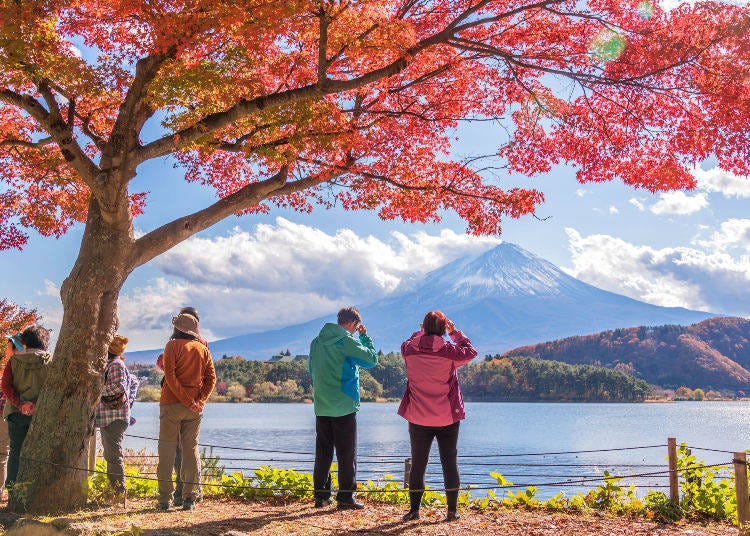 Looking at Japan as a whole, this density is 340/km², meaning that 340 people live on one square kilometer on average. For Tokyo, however, this number jumps to 6,200/km², which is 18 times higher than the average for all of Japan!

After Osaka, the most densely populated areas are those close to Tokyo, namely Kanagawa and Saitama, as well as Aichi with Nagoya as its prefectural capital. Other prefectures that rank high in population density are those with cities having over 10 million people, such as Fukuoka and Hyogo. 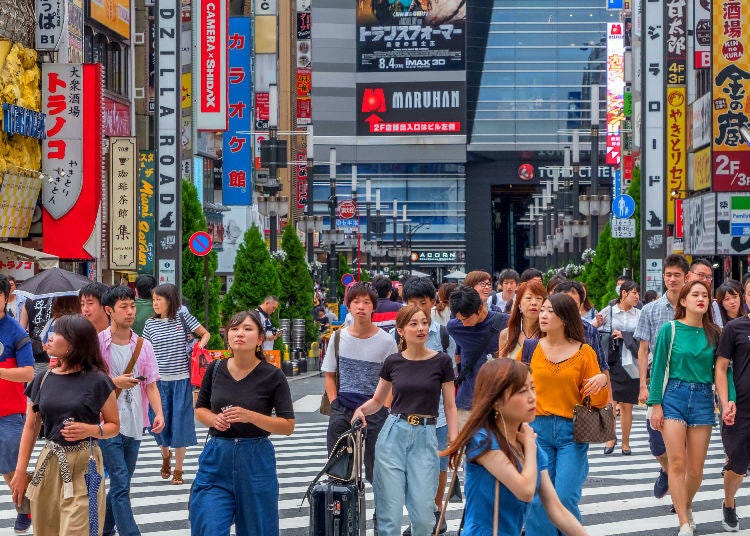 Now, another Tokyo fact: which areas inside of the city are the most densely populated? When it comes to comparing the size of Japan’s prefectures, Tokyo is only ranked 45 out of 47 with only 2,191/km². However, its population density of 6,263.97/km² is astoundingly high!

The most popular among them are Setagaya, Nerima, and Ota. These wards are particularly spacious are close to office areas such as Chiyoda and Minato. That makes them a popular choice for people who work there, and they seem to have the status of commuter towns.

The population density is particularly high in Toshima. It’s where Ikebukuro is located, a bustling downtown district that is as popular among young people as Shinjuku or Shibuya. Second and third place goes to Nakano and Arakawa.

Curiously, cooking at daytime population only, Minato Ward has the highest population, followed by Setagaya and Chiyoda. Both Minato and Chiyoda are known as Japan’s most prominent business districts, so plenty of people work here during the day before going back to their homes in the evening. Setagaya is the most populous of Tokyo’s 23 wards. 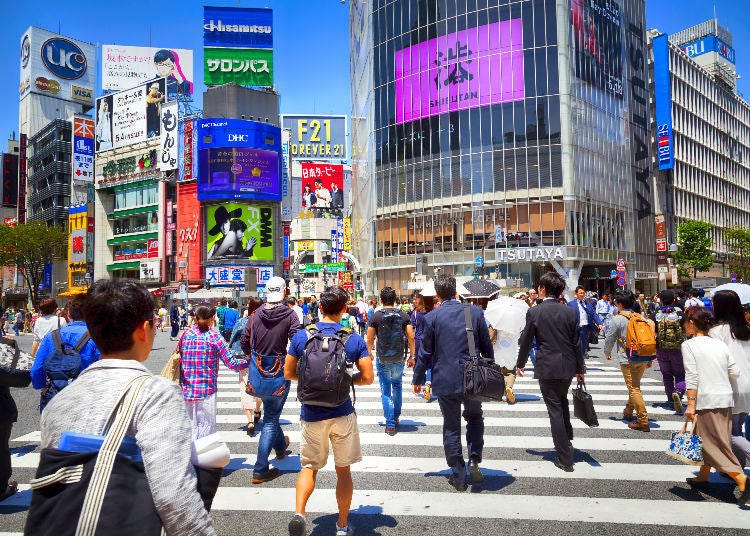 According to population statistics for the Tokyo area, the population has never declined in the 23 wards and Tokyo’s municipalities since 1996. When talking about “social increase and decrease,” meaning people moving from one area to another, the population of the Tokyo metropolitan area is on the rise for 11 consecutive years. While Japan as a whole peaked in 2008 in regard to population, Tokyo doesn’t experience any decrease and keeps growing. In 1995, 9.2% of Japan’s total population was living in Tokyo, but that number has increased to 10.1% by 2015 in a span of merely 10 years.

The reason for this increase is that a lot of people are drawn to Tokyo and its many entertainment facilities, the variety of events, and its status as a fashion hot spot. Universities and employment opportunities also play a key role, and it is said that two out of five people who live in Tokyo moved to the city are not native to the city. Tokyo has a massive economy and plenty of large companies have their headquarters there, so moving to find work or for work-related relocation is also a main factor.

However, this steady population growth does not only have upsides. Tokyo has one of the world’s largest railway systems, however, in proportion to its population density, the trains are incredibly crowded (the boarding rate is 200% during peak time in the most crowded areas) during morning and evening rush hours.

Furthermore, it causes rising rents, and in cases of natural disasters such earthquakes, typhoons, and heavy snowfall, the number of people who will be stranded and unable to go back home via public transportation will be large. Because so many buildings are so close to each other, fires spread more easily, and there aren’t nearly enough daycares and preschools. With the growing population, the number of children also increases, and the lack of daycare and nursery spots is becoming a big issue, forcing parents to drop out of work.

As the population concentrates in Tokyo more and more, rural areas suffer from a severe decline. In 2017, the only prefectures that experienced population growth were Tokyo, Saitama, China, Kanagawa, Aichi, and Okinawa, while the rest of the country experienced emigration. The highest loss of population happened in Aomori, Iwate, Yamagata, and Shimane, and there’s a prediction that over 80% of municipalities will lose all women between 20 and 39 by 2040. Young people migrate to the cities in search of work, further fueling the vicious circle of a declining population in rural areas.

6. Tokyo Facts: What Will Tokyo’s Population Look Like in the Future? 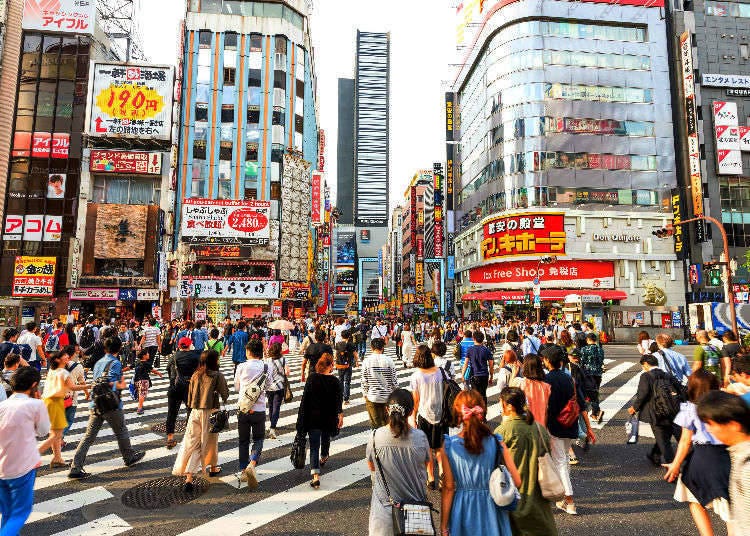 Here's another one of curious Tokyo facts. According to an estimate of Tokyo’s population by 2060, it is expected to peak in 2025 at 13.98 million people. However, this is a number for the entirety of Tokyo. When looking at the inner 23 wards only, the population peak will be in 2030. Its percentage of the total population of the metropolitan area will increase to 11.4% by 2035, which is 1.3% more than the 10.1% of 2015. That means that Tokyo’s population concentration will accelerate.

Another interesting Tokyo fact regards the number of non-Japanese in the city. Japan’s foreign population (Non-Japanese nationals who have stayed in Japan for longer than 3 months) rose to 2.3 million in 2017, which is about 150,000 more people than the previous year. This record is broken year after year. It is said that almost 500,000 foreign nationals live in Tokyo as of right now.

Meanwhile, Japan’s total population is assumed to decrease to 12.12 million people by 2035, which would be a decrease of 15% compared to 2015. As of right now, Tokyo’s growth rate is remarkably high with 0.8%, but that largely depends on immigration to Tokyo from other areas of Japan, accelerating the declining population in the rest of the country. This decline will have a great effect on Tokyo as well.

*This article was originally published in 2018

Secrets of Shopping in Japan: When is the Best Time to Shop? Full Guide to Seasonal Sales in Japan!
Straight from the locals’ mouths! The popular neighborhoods in Tokyo, Japan
How Safe is Japan for Tourists? Complete Look at Which Tokyo Areas Are Safe - And Which Aren’t
Cheap and Expensive Goods: Prices in Japan as Compared to Other Countries
*This information is from the time of this article's publication.
*Prices and options mentioned are subject to change.
*Unless stated otherwise, all prices include tax.