HOME Tokyo and Surroundings Tokyo Shinjuku Tokyo Day Pass: 10 of the Coolest Spots in Tokyo You Don't Yet Know (and How to Get There on a Budget!) 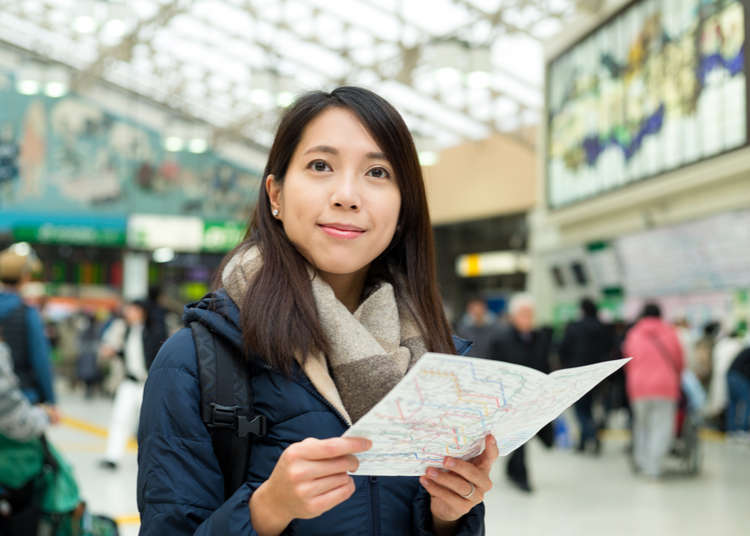 Tokyo is such a massive city that guidebooks online and otherwise can usually only begin to scratch the surface of the immense number of places worth visiting! While many visitors buy a JR Rail Pass before coming to Japan, it doesn’t cover Tokyo’s extensive subway system.

Fortunately, there are day passes which allow travelers to save money while sightseeing! Especially if you’re someone who loves to explore, find places that tourists don't usually get to, and see a new side of the city, the new “Tokyo Surprise!” 1-Day Pass might be right for you!

Visiting Tokyo on a budget 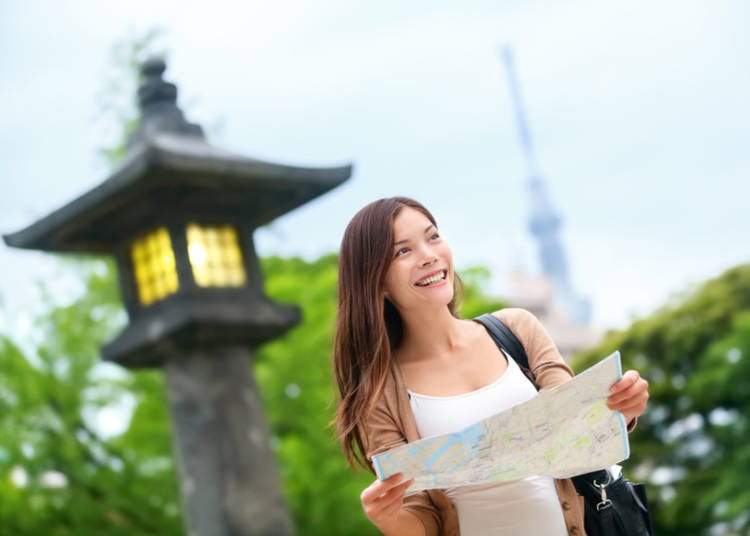 You may wish to splurge while you’re on vacation, but instead of spending all your budget on transportation, save it for souvenirs and making new memories! As clean and efficient as the Tokyo train service is, getting a ticket for here or there can start adding up. 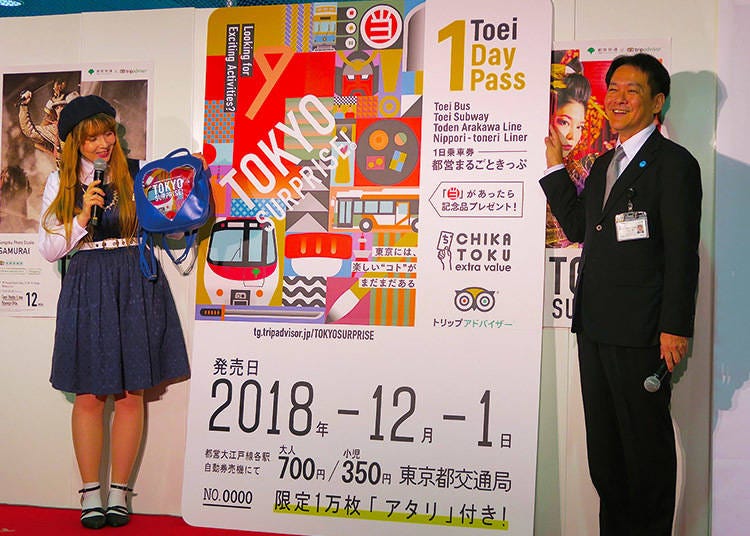 If you want to see Tokyo on the cheap, consider getting the Toei One-Day Pass. They cost 700 yen for adults and 350 yen for children and are available at all stations along the Toei Oedo Line. And they give you unlimited rides on the Toei subway lines and Toei buses, plus the Toden Arakawa Line (Tokyo Sakura Tram) and the Nippori-Toneri Liner.

And from December 1, 2018, Toei announced a special version of its one-day pass in collaboration with TripAdvisor called “Tokyo Surprise!” With this limited-edition version, you'll get a chance to win a special prize when buying the ticket. If your pass has a "当" on it, you'll be able to pick up original Toei merch. Just 10,000 of these tickets are available, so be sure to get yours while you can - the Tokyo Surprise ticket is sure to be a hit!

And how to best use this pass if not to go look for new interesting, cool, picturesque, and unique new locations in Tokyo that very few tourists know? Follow along as we introduce you to some of these spots!

For the explorers among you: here are 10 places we recommend to get you started in your Tokyo adventure! 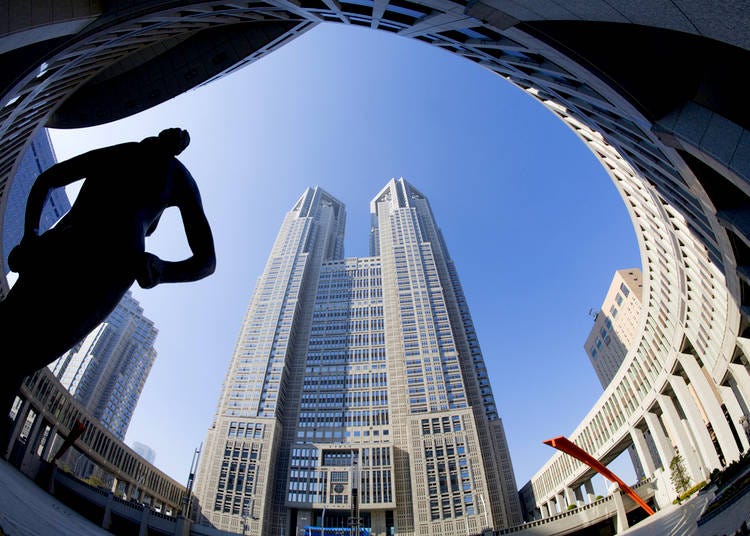 The skyline of Tokyo is one of the most sought-after sights for people who are visiting Japan, and when thinking about it, the first thought that comes to mind is Tokyo Tower. Yet this is not the only place from which to enjoy Tokyo’s lights from up high. A great alternative is the Tokyo Metropolitan Government Building (and some would argue that it’s even better than the more famous Tokyo Skytree).

Furthermore these two attractions are very close to each other, so you can be the judge of which one is better.
Reach Tochomae station on the Toei Ōedo line and you’ll be just a few minutes walking away from the building,
The fact that the Tokyo Government observatory is free, is also noteworthy.

Don’t forget to read through the following article for more attractions like this! 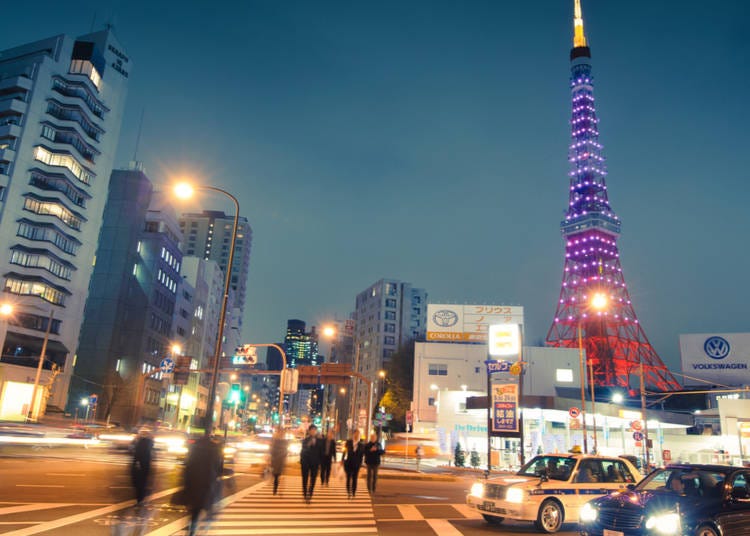 Akabanebashi, a beautiful area that you can reach by the Toei Ōedo line is the perfect spot to spend a great morning or afternoon strolling around away (but not too much) from the bustling chaos of other parts of Tokyo.

You’ll find several bike tours that will guide through the streets of Akabanebashi, but you’ll be able to enjoy it just the same by walking around. Many shrines and temples rest among a plethora of gorgeous parks, such as Shiba Park and Ikura Park. Nearby you’ll also find the mausoleum of the Tokugawa family, the last Feudal military government of Japan, which rule as the Shogunate for almost 300 years between the 1600’s and the 1800’s.

Sightseeing will only be part of your day, though, as in this area you’ll be able to enjoy great food served by the many restaurants, as well at courses on tea ceremony and flower arrangement. And let’s not forget that you’ll be very close to Tokyo Tower! 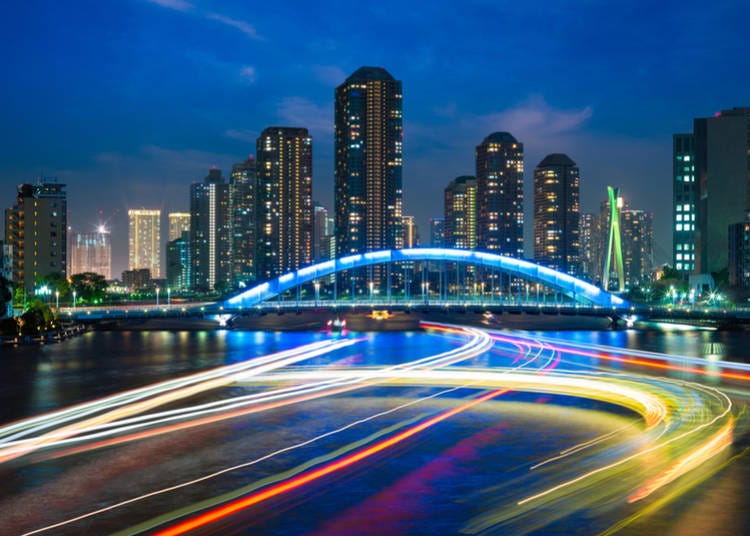 Another jewel reachable via the Ōedo line managed by Toei, is the artificial island of Tsukishima.

Since its creation over a century ago, the area has become a residential one, but it has not lost its spirit, preserving very much the vibe of “old Tokyo” and its traditional food.

Once you get to the island you will not want to miss, among many other dishes, especially monjayaki (a variation of the more widely known okonomiyaki), and tsukudani (a dish with many variations, prepared by topping rice with food cooked in soy sauce and Japanese sake).

Get another perspective on Tsukishima in "Beyond the Guidebook - 5 Expats Talk Tokyo's Best Neighborhoods for Visitors to Stay In!" 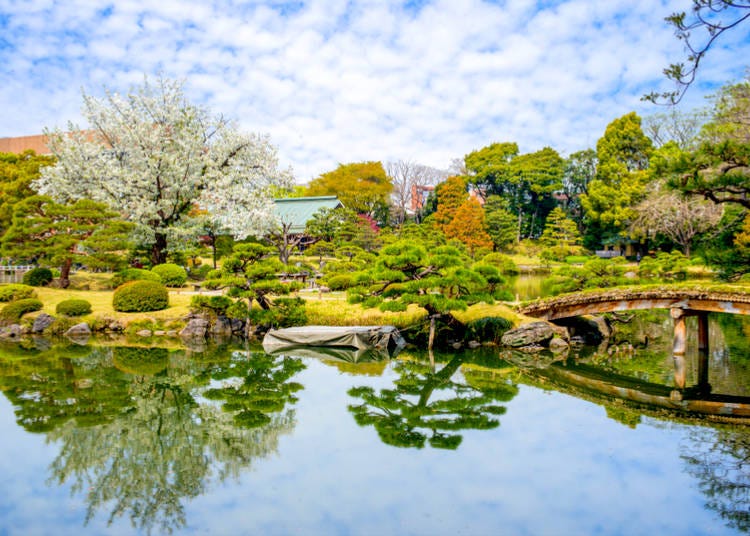 Also known as “Tokyo’s Coffee Town”, Kyosumi-Shirakawa has much more to offer than its many cafes (and oh so many different kinds of coffee). Reachable by using the Toei Ōedo Line, this is another one of those areas that will give you a taste of stylish old Tokyo.

Something else you won’t want to miss is the lesser-known (undeservingly so) Kyosumi Teien garden. This park is rich in history dating back to the Meiji Era, sporting beautiful flowers all year round, and overall beautiful sights that you will enjoy just as much as you will enjoy the streets of this picturesque neighborhood that will make you feel like the guest of a huge open-air museum.

Kiyosumi-Shirakawa: A stroll in the old Tokyo
Bring on the Caffeine! 3 Chill Cafes in Tokyo's Coffee Town, Kiyosumi Shirakawa! 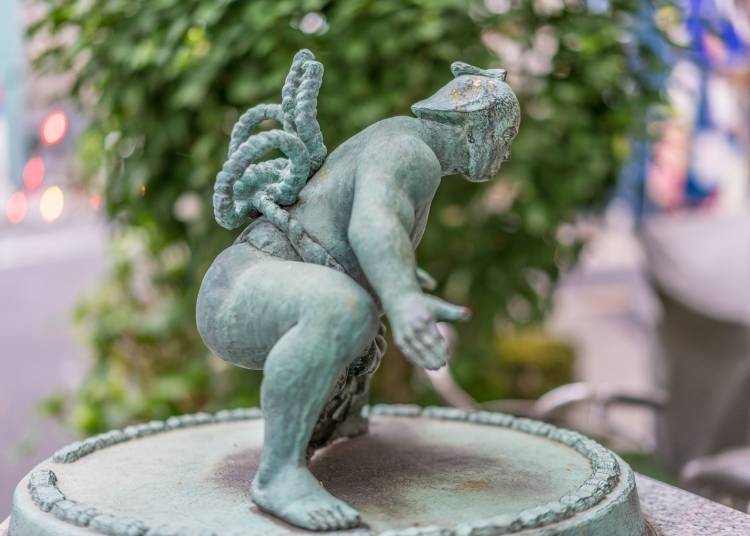 What are the first five things you think about when someone mentions Japan? Is Sumo among those? It should be. This sport is not only one of the main national pastimes, but also a cultural staple of the country and Tokyo itself.

Ryogoku, which you can reach by getting off at the homonymous station on the Toei Ōedo line, is THE Sumo area. In here you can see, breathe and eat Sumo. The center of Sumo culture since the Edo period, Rogoku preserves much of its heritage not only in its streets and stores, but also its huge Sumo Arena (Kokugikan Sumo Stadium is the main stadium in Japan for Sumo competitions).

Ever wonder what Sumo Wrestlers eat? Well, mostly a kind of nabe (hot pot dish) designed for them to gain weight and maintain strength. This nabe, called chanko-nabe is incredibly tasty and one of the less known (abroad) Japanese staple dishes, and several shops in this area serve this special cuisine.

The Edo-Tokyo Museum will also be a must-visit stop for anyone interested in Tokyo and its history, sporting hundreds of miniature reproductions of cities, life-sized figurines and accurately reproduced historical costumes, as well as many other exhibits.

And all of this is only scratching the surface of what this neighborhood has to offer. 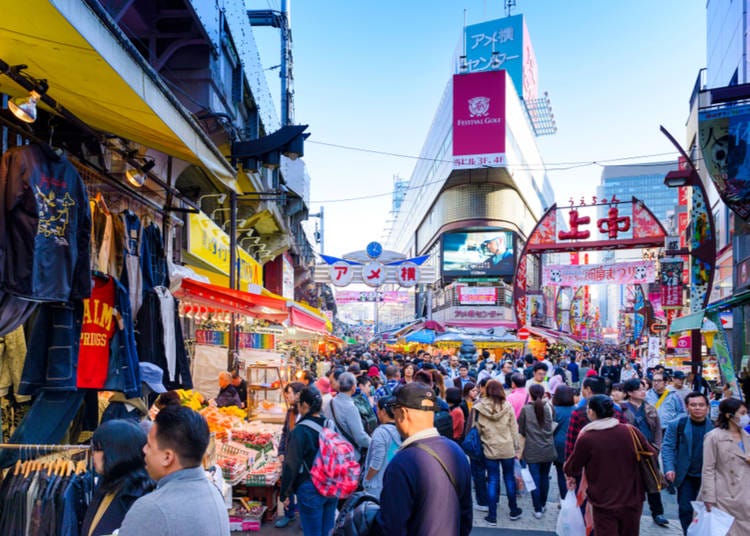 Once you reach this neighborhood, you’ll understand why it easily makes the top 10 must-see locations in this list.
Okachimachi is a vibrant and colorful neighborhood, distinctive especially for its Ameya Yokocho (known by locals as Ameyoko).

Once a residential district, it was heavily damaged after the bombings of WWII. Merchants were forced to move their stores and goods on the street, out of the destroyed buildings, giving life to what is, to this day, an amazing open-air market offering all kinds of goods and food! 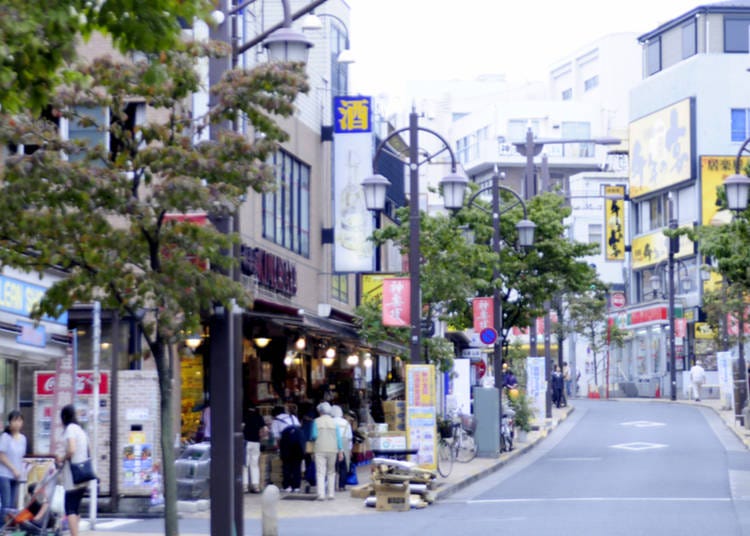 The Kagurazaka area is a quiet and picture-perfect neighborhood home of many geisha and maiko (geisha in training) tea houses, as well as lots of traditional restaurants and entertainment. In more recent years it has become filled with French restaurants and cafes as well, giving the area a sophisticated atmosphere.

Located close to Iidabashi Station or Ushigome-Kagurazaka Station on the Toei Ōedo line, this area is particularly enjoyable in the afternoon and in the less busy hours of the morning and evening. Regardless of when you decide to visit, though, go take a look at Zenkoku-ji temple and the Akagi shrine, but don’t leave until you tried okayu, a Japanese rice porridge for which this area is also known.

A Day in Kagurazaka: Walking in the Footsteps of Geisha and Discovering Modern Nostalgia 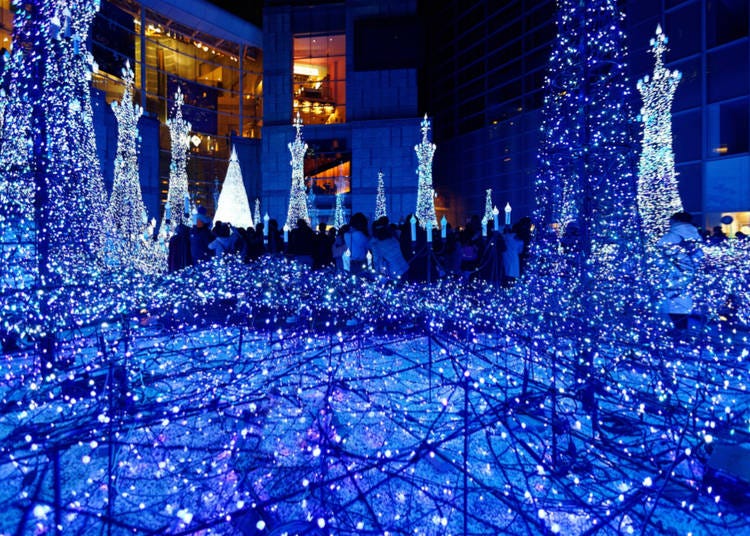 Shiodome is an easy to reach neighborhood that you can reach with the Oedo line by getting off at Shimbashi station. And some of its attractions will leave you speechless.

One of the most iconic images of Japan is Miyazaki’s character Totoro created by Studio Ghibli. Miyazaki’s studio has given life to a number of world famous characters and stories, but Hayao himself has also created a huge clock hidden in plain sight in the less busy streets of Shiodome.

The massive sculpture (Officially called Nittele Oodokey) is 10 meters in height and 18 meters wide. What will surely amaze you is the level of details added to this amazing work and should you go see it at 12pm, 3pm, 6pm, or 8pm you’ll see it come to life in a way that words can’t fully capture.

If you are visiting Tokyo in winter, treat yourself to a feast of illuminations and light shows at the Carretta Shiodome building.

And in any season, don't miss the nearby Hamarikyu Gardens, famous for being the Japanese gardens that were once loved by the Tokugawa Shogun (de facto military ruler) family. It is known that the Shogun enjoyed falconry here. The seawater pond inside the garden is a rare pond because it changes its appearance around the flow of tide drawn in from Tokyo Bay.

Visiting Tokyo for Christmas? Check Out These Top 9 Romantic Illuminations 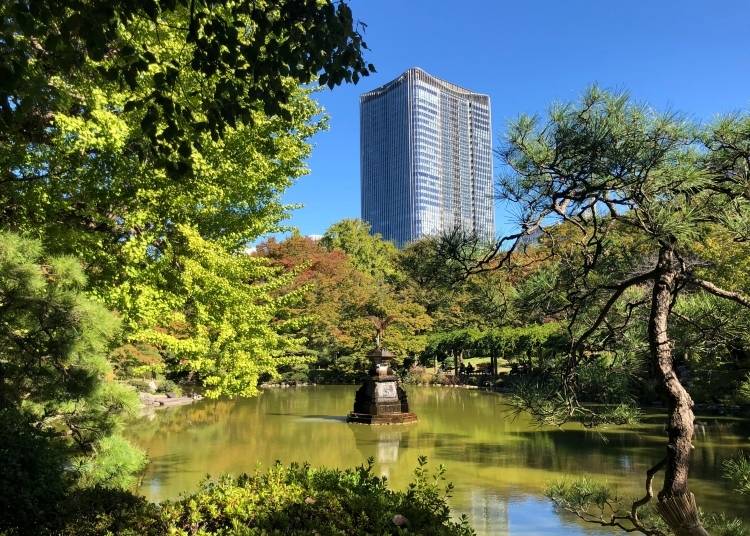 Hibiya, on the Toei Mita Line, is an often overlooked area, right next to Ginza. Not only does it sport shopping opportunities on par with those of its famous neighboring district, but also the beautiful Hibiya Park, plus the Toho Walk of Fame with handprints of famous cinema stars, such as Toshiro Mifune, just to mention one.

While you walk among the handprints of legends of Japanese cinema, you’ll certainly stumble upon a beautifully made Godzilla Statue, showing the famous character menacingly roaring in the middle of a busy business area.

Most people, when visiting Tokyo, don’t even realize that the city still has a tram system. This line, known both as the "Toden Arakawa Line" and as the "Tokyo Sakura Tram", will take you through several areas in Tokyo that you will often not be able to reach by different means. The cute streetcar rides through 30 stations between Minowabashi station and Waseda station. If you want to take a nice stroll down Tokyo's old nostalgic neighborhoods, ride the retro-styled cars while enjoying the view of old Tokyo districts (not to mention the many traditional cafes and restaurants known virtually to locals). 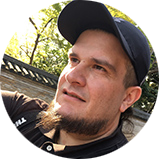