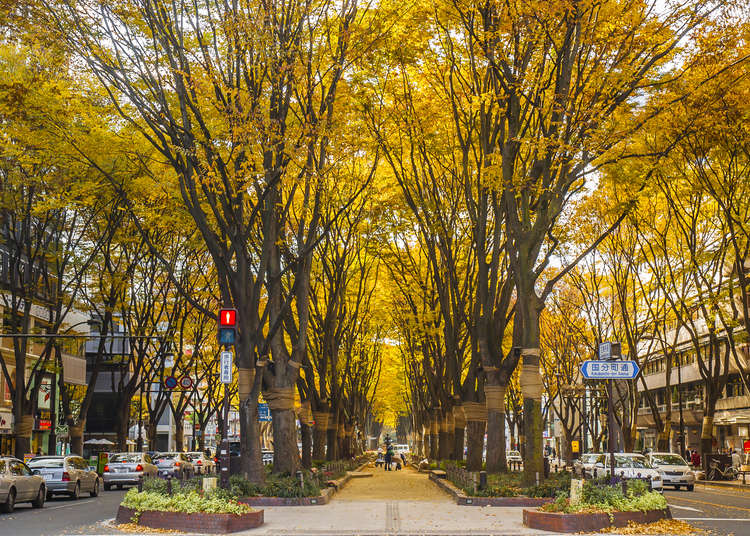 Generally, the weather in Sendai in autumn is pleasant, with refreshing cool breezes and a mild climate. Autumn in Sendai is from around September to November, a period considered one of the best times to visit Japan in.

That said, Japan's Tohoku region is famous for cold spells even during fall, so you might want to take note of some tips about the region's climate and preferred clothing for the season from our writer, a local resident of the area.

We've even included a list of recommended tourist hotspots as a handy reference. Hopefully, this will allay any fears you may have about planning a trip here, and help you to focus on your Sendai sightseeing instead!

What's the weather like in Sendai throughout the year? 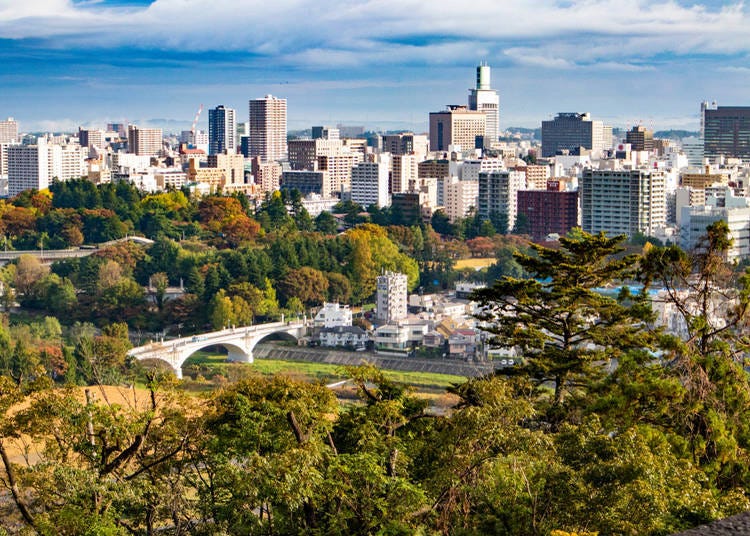 Sendai is the largest city in Japan's Tohoku region. Located on a low plain that opens up to the Pacific Ocean, the area enjoys many fair-weather days because of its proximity to the sea and is very tourist-friendly because the weather makes sightseeing spots easy to access all year round.

Although the Tohoku region is also known for its harsh coldness, Sendai is relatively warmer and sees little snowfall throughout winter.

However, the sea breeze does make mornings and evenings quite chilly throughout the year, even on clear days, so bring along a thin cardigan or light coat if you're coming during autumn to ensure that you stay warm and comfortable for your trip. 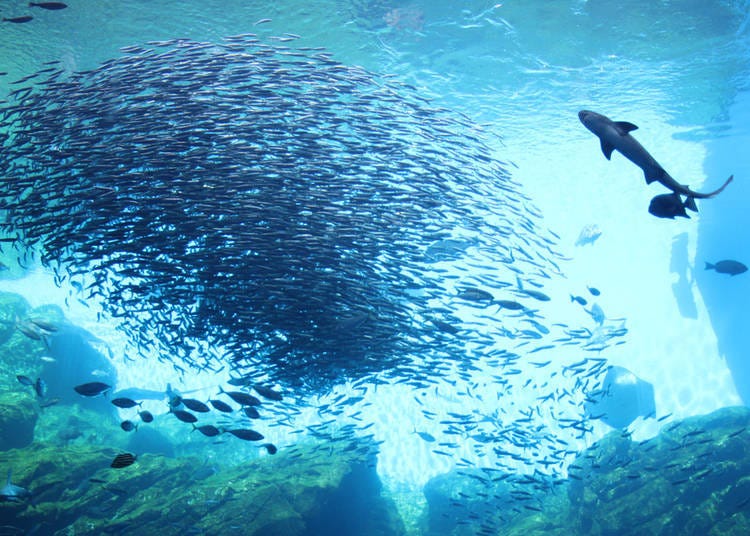 Although the oppressive heat of midsummer will start to taper off during this month, you'll still encounter a few hot and humid days in early September. The average temperature for the past 30 Septembers in Sendai is about 27.7°C, or 81.86°F. In recent years, some days can get hot enough to reach 30°C, or 87°F.

Once mid-September rolls around, the weather starts getting cooler and more comfortable. If you're not a fan of hot weather, therefore, mid-September would be a better time to visit.

What to Wear to Sendai in September? 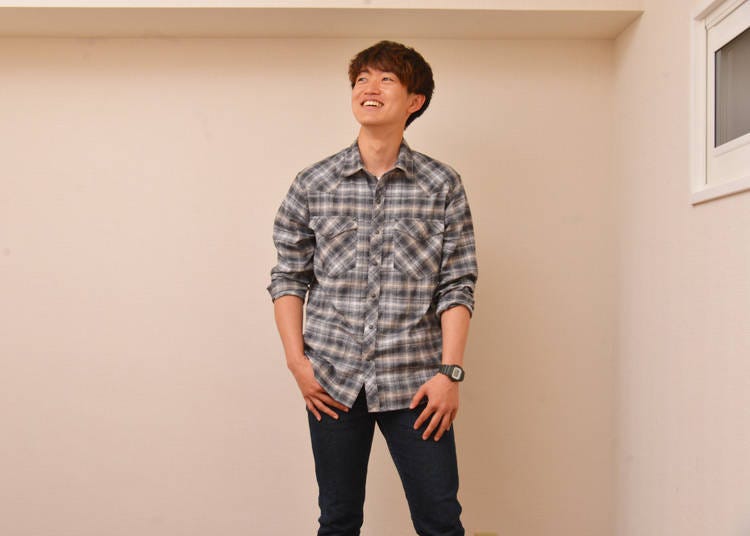 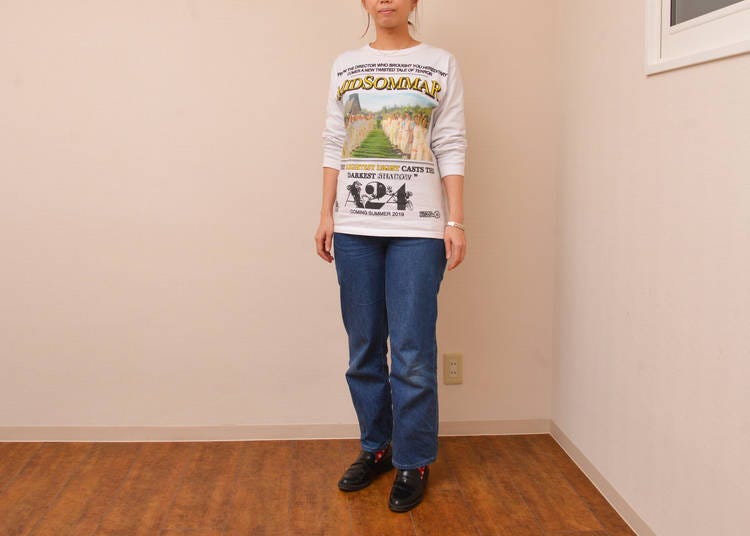 A short-sleeved top would do nicely for early September. Since the sun will be out on most days, be sure to pack a hat or umbrella (as the locals use them as parasols) as well. The weather starts getting cooler towards mid-September, so throw in a jacket or outer coat if this is the period you'll be visiting. You'll absolutely need a long-sleeved top for the tail end of September. Open-toed shoes should only be worn until early September.

A short 15-minute walk from Nakanosakae Station on the JR Lines is the Sendai Umino-Mori Aquarium, a perfect tourist hotspot for an outdoor trip during those slightly hotter September days. It only takes about 20 minutes to reach Nakanosakae Station from Sendai Station, both on the JR Lines, and there's a free bus that will take you to the Aquarium from Nakanosakae Station for further convenience. As you gaze at the over 30,000 fish of about 50 different breeds swimming about in the large aquarium or enjoy the dolphin or seal performances, you'll soon find yourself forgetting about the heat outside. 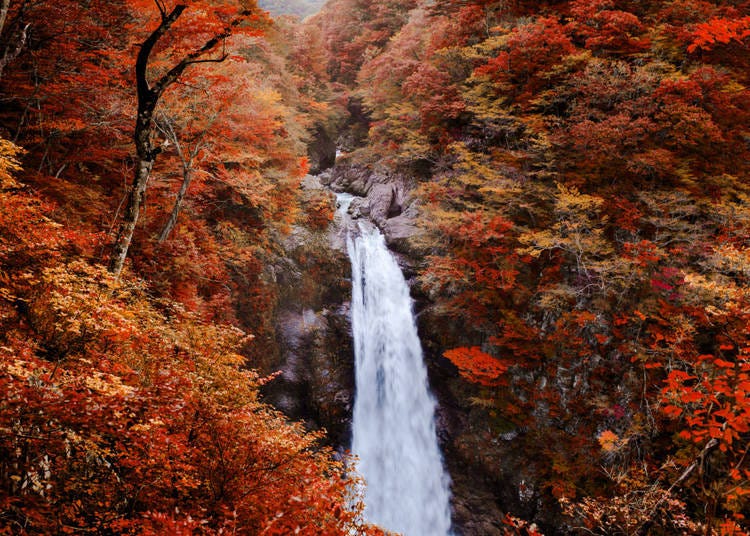 Once it's October, the average temperature drops to a cool 15.2°C, or 59.36°F, making mornings and evenings in Sendai an especially chilly affair that has caught many an unprepared tourist off guard.

That said, the coolness is also what makes going out sightseeing much more bearable than wandering around in the sweltering heat. Towards the end of October, the trees of the city start donning their autumn colors and there are many famous fall foliage view spots you can consider adding to your itinerary if you happen to be visiting during this period.

What Outfit to Wear to Sendai in October? 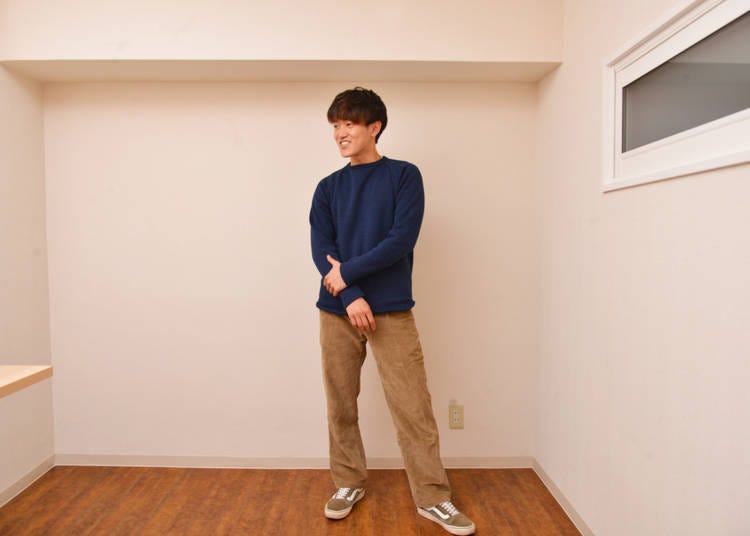 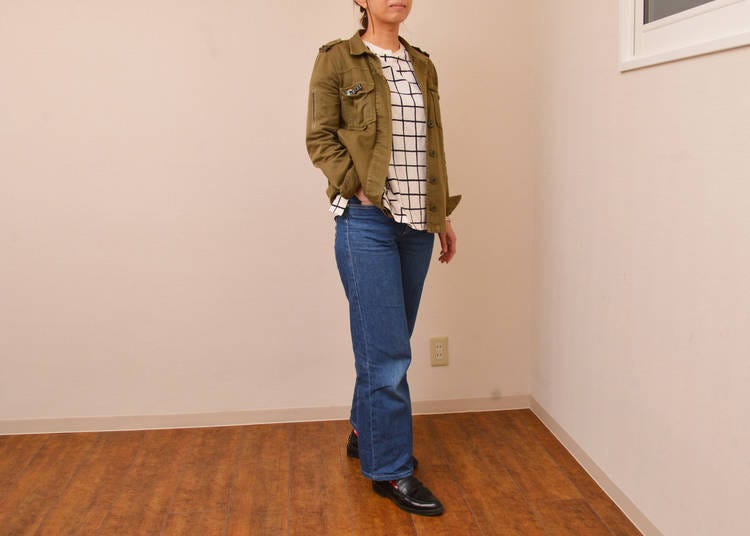 You could get by on most days with a long-sleeved T-shirt, but it may be best to layer up with a light sweater or shirt, or put on a thick sweatshirt. As you get further and further into the month of October, a jacket or outer coat starts becoming more and more of a necessity, especially towards the month's end. Due to the cold winds, some women find that putting on a pair of stockings or thin tights can make traveling around a more comfortable experience.

Stretch your legs a little by heading for the Akiu Onsen region just outside Sendai's city center, where you'll find impressive natural landscapes such as the Akiu Great Falls, Tenshukaku Natural Park, and Rairaikyo Gorge, all of which are about a 45-minute drive from Sendai Station on the JR Lines.

Scattered about the area are also quite a number of well-known autumn leaves view spots, and most of these places can be conveniently accessed with bus services that depart from Sendai Station.

Kick back and relax in one of the prefecture's most well-known hot spring areas while surrounded by beautiful autumn leaves for a refreshingly surreal experience! 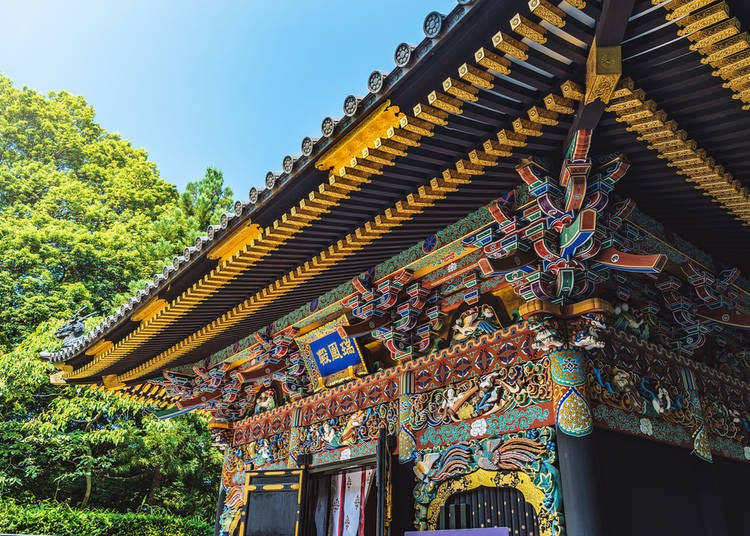 By the time November arrives, winter will be just around the corner, and so the average temperature dips even further to a chilly 13.9°C, or 57.02°F. Although the cold can really penetrate deep into the skin after a while, it seldom rains during this period, so there's no need to worry about encountering bad weather on most days.

On public holidays, you'll see residents enjoying warm and toasty potato stew together along the city's dry river beds. This local hotpot delicacy is a stew made from sweet potatoes, pork, and other ingredients.

Potato stew parties where families, friends, or colleagues get together outside for a meal is a regular autumn activity in Sendai and the neighboring Yamagata prefecture, and many holiday camps and resorts hold such parties where tourists are welcome to join in without needing to contribute anything.

If you come across one, don't hesitate to take part in the good food and great memories!

What Clothes to Wear in Sendai in November? 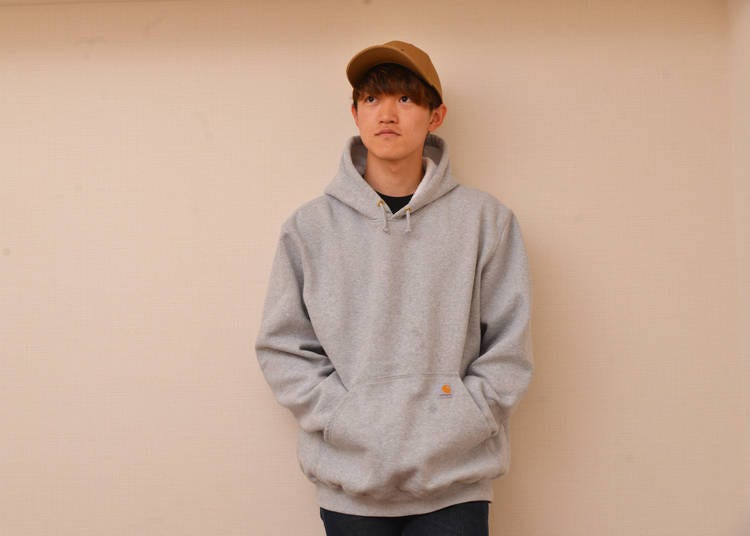 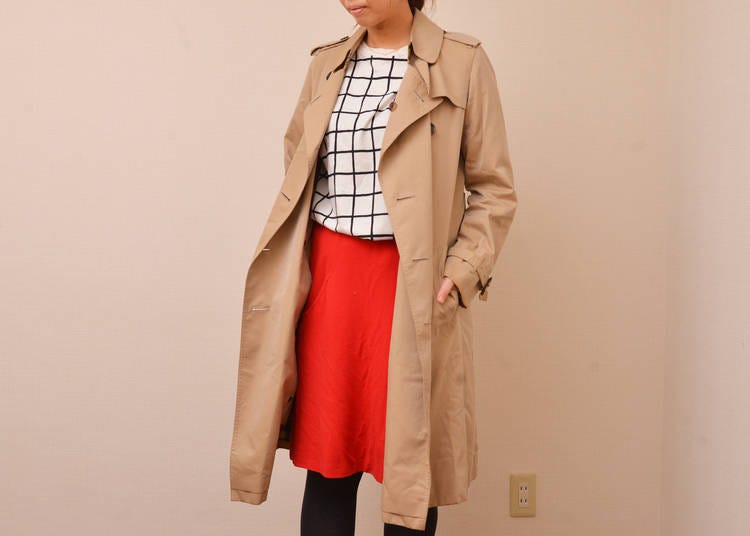 If you're visiting in November, you'll absolutely need a heavy coat. If you intend to wear a light one, then layer up with a knitwear or sweater underneath. Ladies who wish to wear a skirt should also don a pair of thick tights. You won't need a muffler or gloves yet, but bring along a scarf anyway, just in case you need it to keep your neck from losing too much heat.

November is the best time to view autumn leaves at Zuihōden, the mausoleum where Sendai's first feudal lord, Masamune Date and three generations of his clan have been laid to rest. The place is only about a 15-minute shuttle bus ride from Sendai Station on the JR Lines, right beside the Zuihodenmae bus stop. Taking a leisurely stroll around the place while admiring the lovely fall colors of the trees will certainly be a pleasant way to spend your time here. Of course, don't forget to visit the beautifully ornamented mausoleum building itself too!

Since autumn is the season where plenty of rice and vegetable crops are harvested, it's often called shokuyoku no aki (autumn of appetite) in Japan. Sendai's rich array of local delicacies, including exotic dishes such as "Ox Tongue" and "Zunda Bean Paste", make the city a good candidate for food tours as well. As long as you're dressed appropriately for the time and season, you can be sure that a great time awaits you in Sendai!

Best Things to Do in Sendai: Sightseeing, Attractions, Food and More!
3 Hours Sightseeing in Sendai: 5 Recommended Spots to Drop by Just Before you Say Goodbye
20 Popular Sendai Souvenirs - According to Sendai Station Gift Shop Staff!
Autumn in Japan: When & Where To Enjoy The Fall Foliage Season (+Forecast, Nearby Hotels)
*This information is from the time of this article's publication.
*Prices and options mentioned are subject to change.
*Unless stated otherwise, all prices include tax.