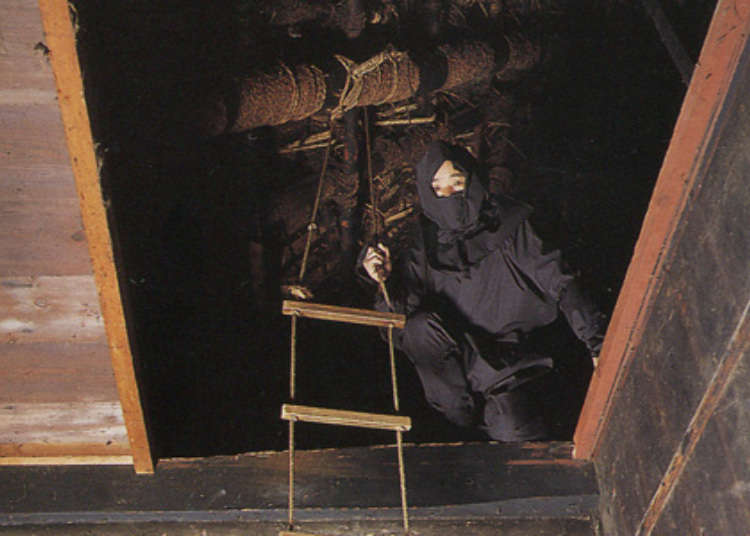 Koka Ninja House, located in Koka City, Shiga Prefecture, is Japan’s only remaining “ninja house” where actual ninja lived. It is commonly believed that there were once 49 ninja schools in Japan. The two major powers among them were the Koka and the Iga schools.

At Koka Ninja House, visitors can experience an authentic residence that real ninja actually used, look at shuriken and other tools, and learn the history of the ninja. So let's travel back in time to discover the secrets of these mysterious figures. 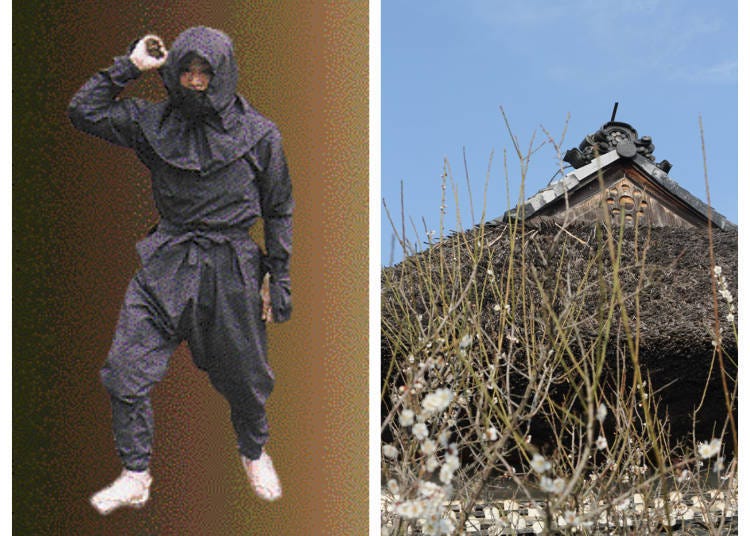 The two great ninja villages were Iga and Koka, with the latter’s headquarters located in a mountainous area adjacent to Shiga and Mie prefectures.

The existence of the Koka ninja became known throughout the country in 1487 during the Battle of Magari as they helped the Sasaki Rokkaku clan defy the Muromachi Shogunate by launching surprise attacks in the mountains and burning the enemy headquarters.

During this period of chaos and continuous warfare, ninja were employed as spies, using their special skills and tactics. In feudal Japan, just as in modern times, the one who controls the information wins, and ninja played an active role from the shadows, with a history enshrouded in mystery.

Despite that secretive history, Koka City and the Koka Ninja House still hold notoriety as the former home of the ninja.

Koka Ninja House: Where the signs of a real ninja remain 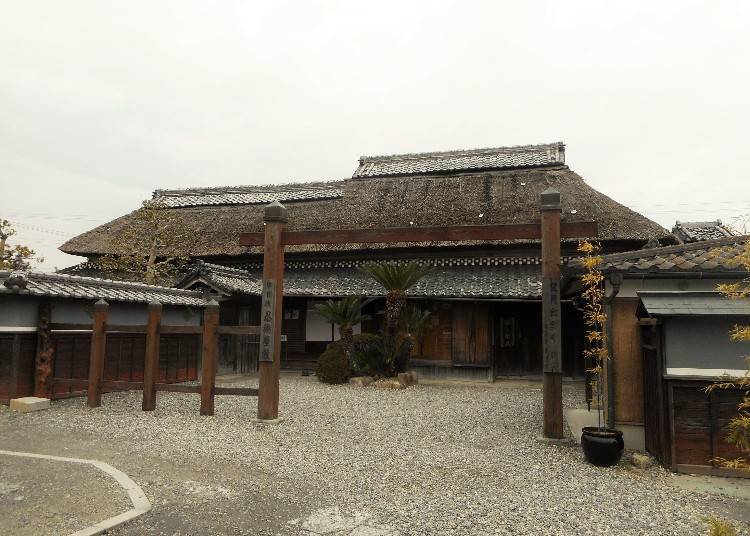 The Koka Ninja House in Koka City, Shiga Prefecture, was built about 300 years ago as the home of the Mochizuki family – the leaders of the 53 Koka families. Despite the roof of the house being visible, the main gate isn’t so easy to find, which is a calculated measure of protection against enemies. 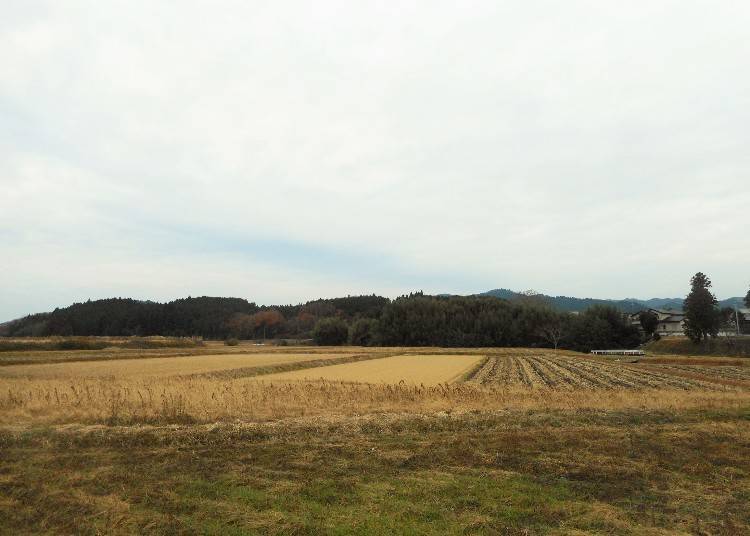 Surrounded by the Handozan mountains, where the ninja trained, the Koka countryside is peaceful, and it’s easy to imagine a ninja working undercover as a farmer here. 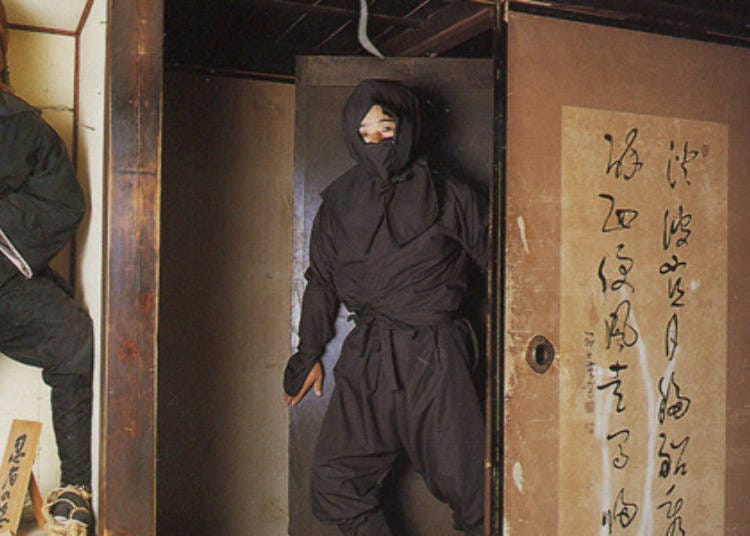 During the Warring States period, the leading ninja families were Iga’s Hattori and Koka’s Mochizuki families. The Mochizuki house employed various mechanisms to protect the family against unforeseen attacks. In this three-story building, visitors can observe and experience these clever measures. 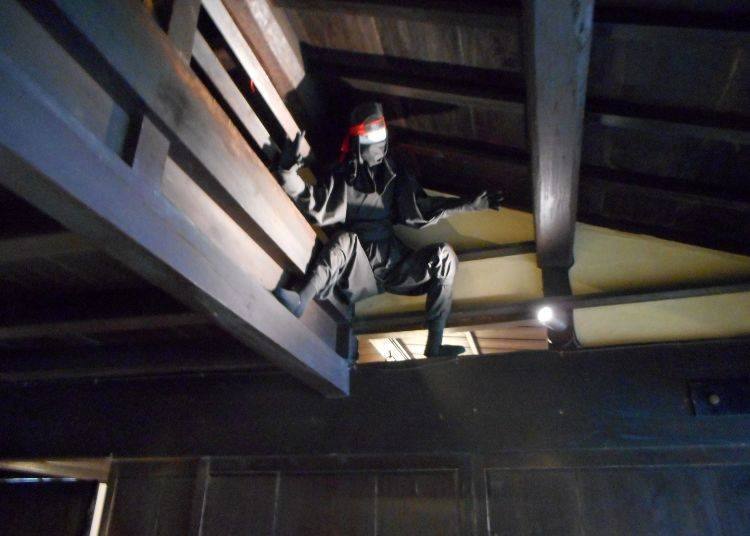 Visitors can freely wander throughout the house but will gain a fuller appreciation of the “karakuri” (mechanisms) by viewing the touch panel explanations (English and Chinese subtitles available) at the entrance to each section.

The house’s interior is slightly dim to confuse enemies and aid in escaping pursuers. Ninja also built their homes with many clever ways to hide themselves and defeat intruders. Let's explore the world of ninja karakuri. 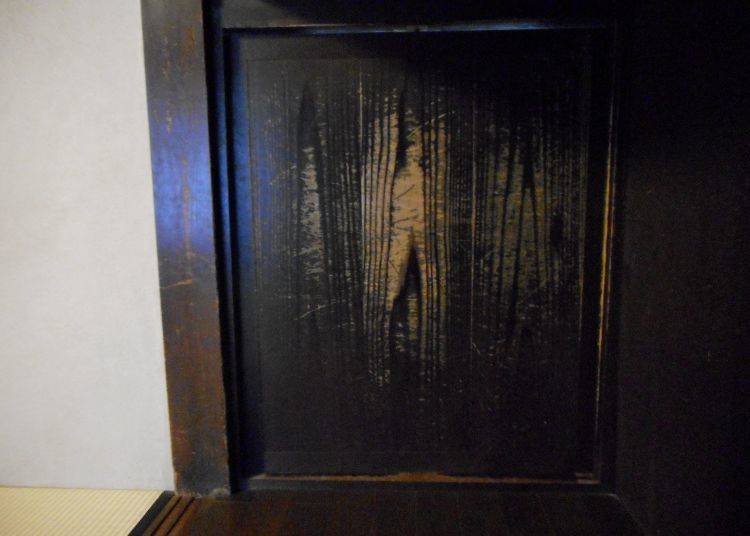 At first glance, it's an ordinary wooden wall... 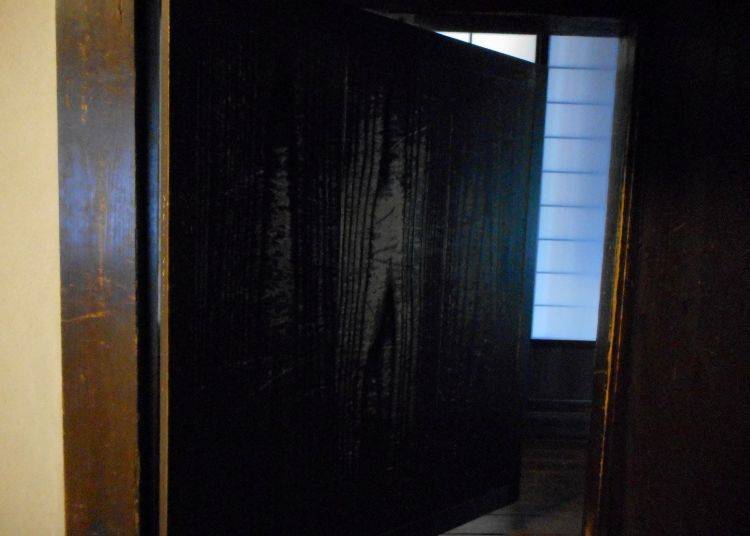 But with the application of a little force, it rotates, allowing the ninja to move to another room in a matter of seconds. The ninja seems to instantly disappear to an enemy, thus throwing off their pursuer like in a movie scene. 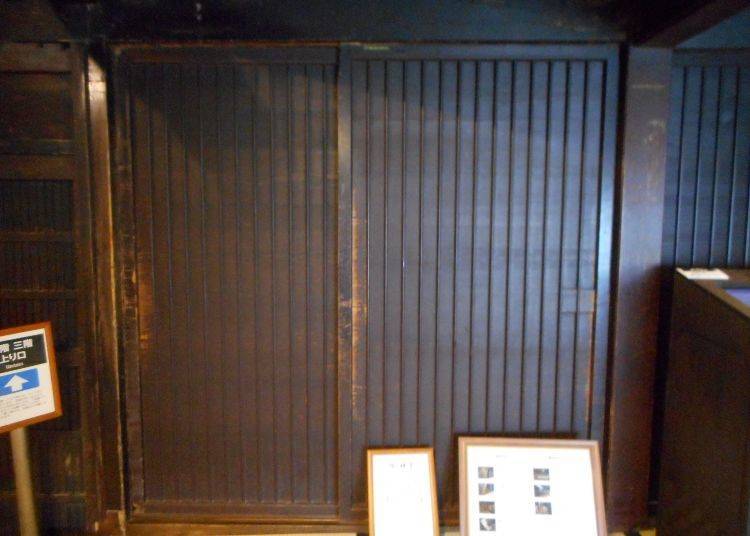 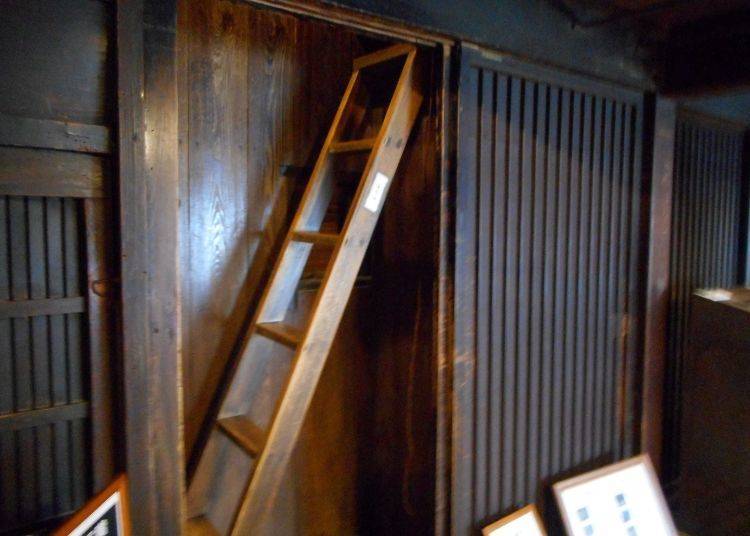 But when the door is opened, a hidden ladder is revealed. So if a ninja enters the closet and closes the door behind, they can climb to the second floor and pull the ladder up behind, unseen by a searching enemy. Then, even if the pursuer opens the door, they’ll find only an ordinary closet. In the meantime, the ninja can quickly escape outside. 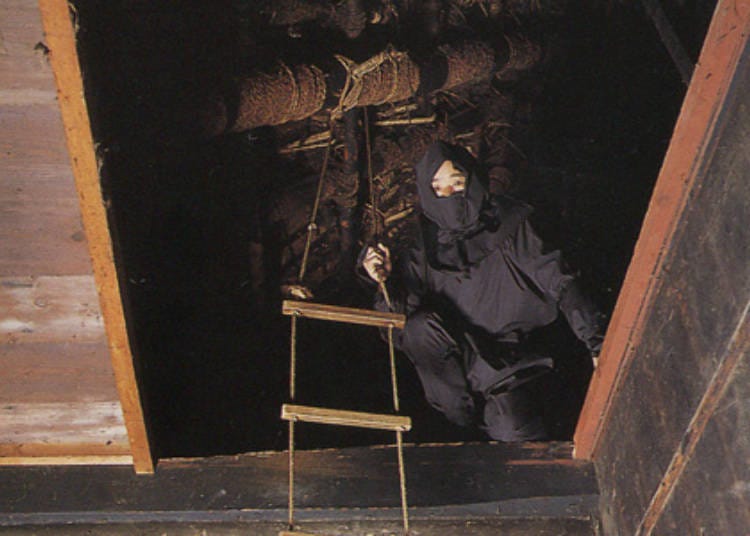 Rather than using the stairs, a rope ladder allows direct descent from the third floor to the first and quick escape. 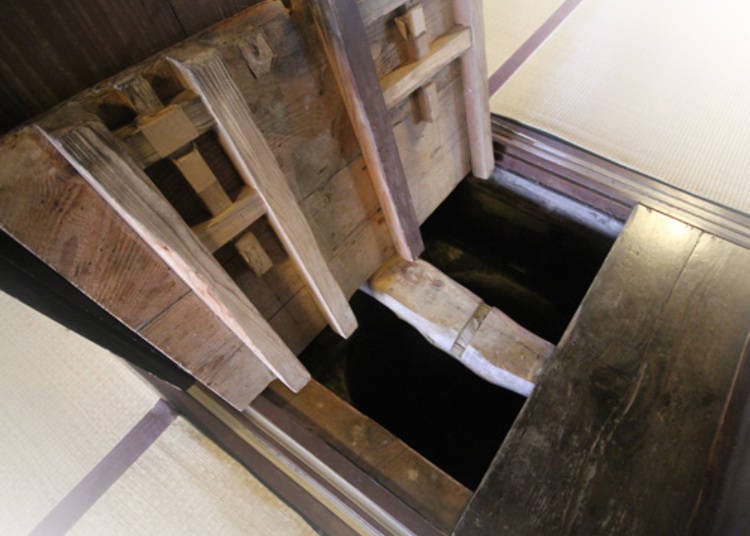 Lifting a tatami mat reveals a 3-meter deep pit. This dark room was intended to trap the enemy who couldn’t get out easily. However, the pit also functioned as a passageway under the entire residence and an alternative means of escape for the ninja. 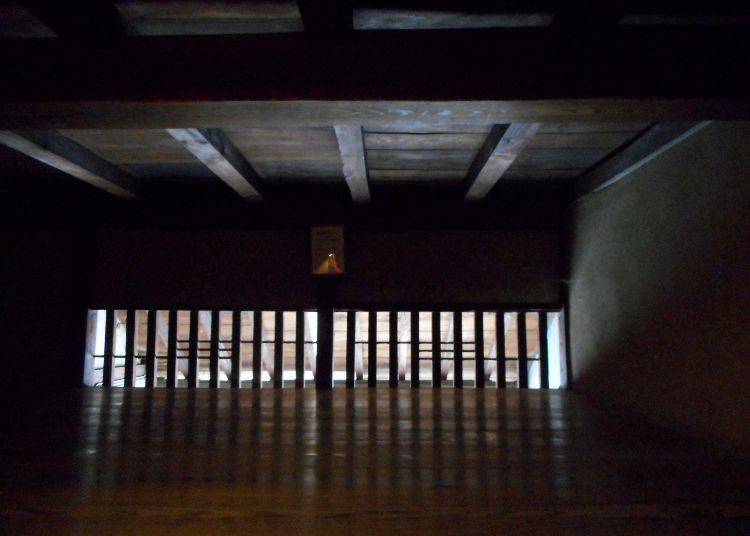 The ceiling on the second floor is quite low, so be careful not to hit your head. Only about 1 to 1.5 meters high, the low ceiling was designed to make it difficult for a foe to swing a sword. Conversely, ninjas used shorter swords to their advantage in these rooms. 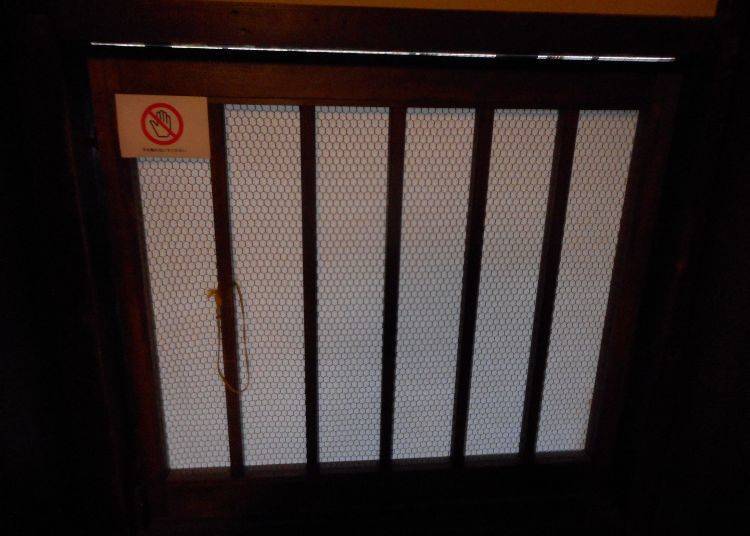 The window paper screen appears to be permanently closed, but if you slide a piece of paper between the frame and the wall... 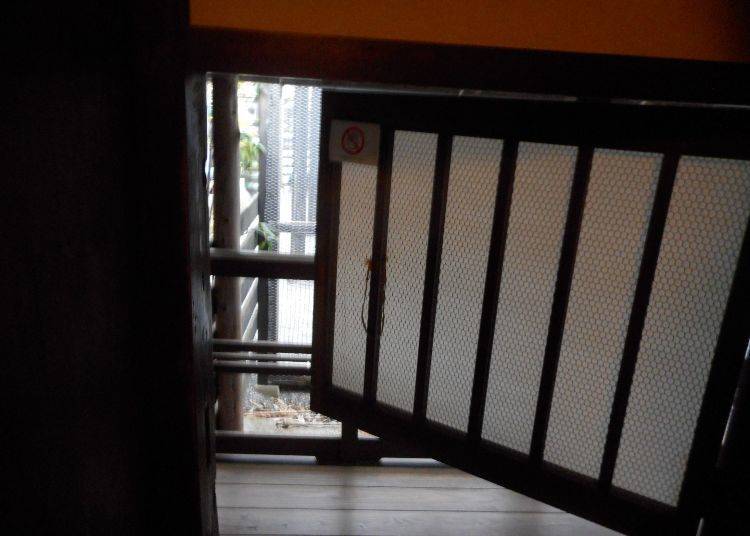 It opens easily. Escaping through the window allowed a ninja to pull off yet another kind of disappearing act.

After all that escaping, I need a break... So, what is ninja tea? 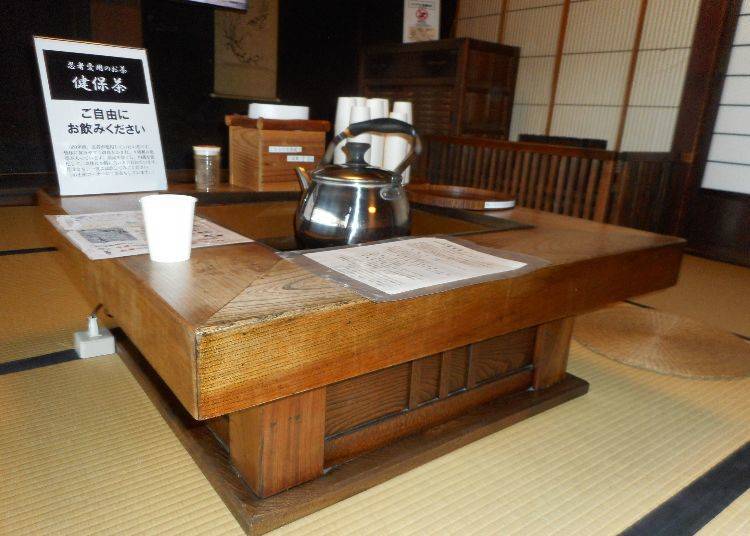 The Mochizuki family was also known for their skill at producing medicine and gunpowder. Books handed down through the Koka school report that ninjas were accustomed to drinking tea mixed with various herbs.

Brewed using the ancient recipe, free herbal kenpocha tea is available at the Koka house. Visitors can get a glimpse into the real world of ninja by watching videos about their history (English and Chinese subtitles available) while enjoying a cup of tea. 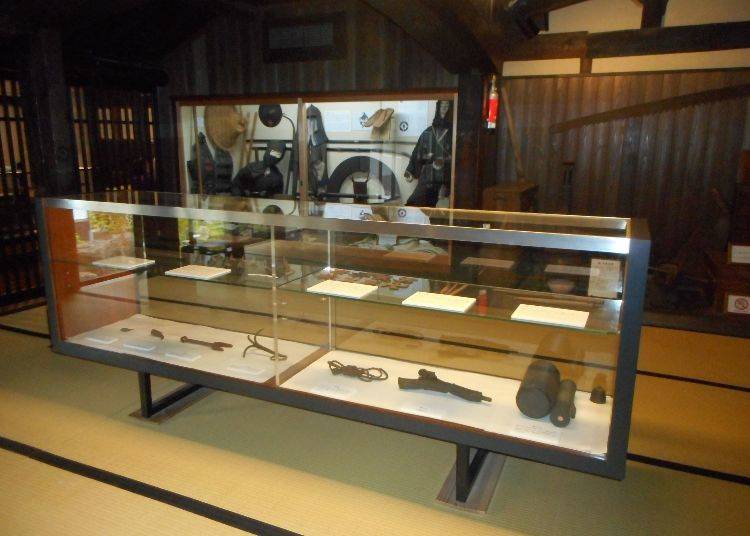 The Koka House also has cases of shuriken (“throwing stars”), shikomizue (canes that conceal swords), makibushi (ground spikes scattered to injure pursuers), and other weapons. There are also digging tools, throwing knives, and scrolls of ninja secrets on display, granting insight into the true ninja way of life – shadow operations.

Dress up as a ninja and use shuriken 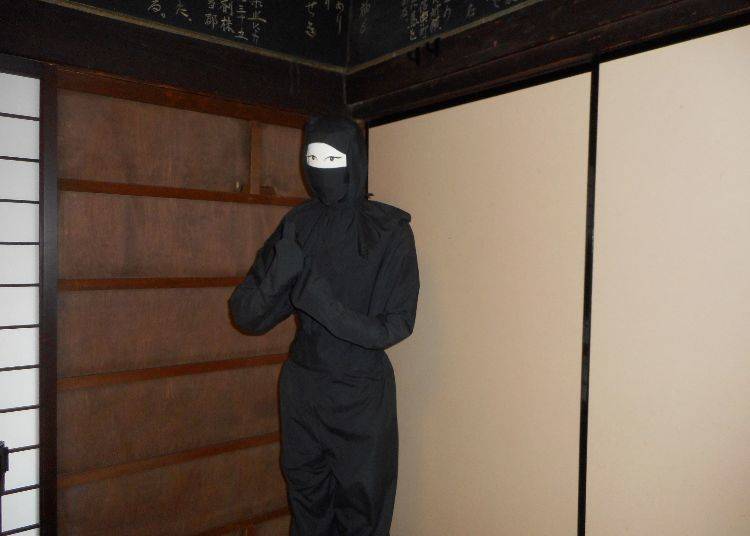 Visitors also have the opportunity to wear a ninja costume (800 yen) to take photos within a real ninja house setting, and even take a stealthy walk through the house. Two colors are available – black or red – and the wide range of available sizes will fit small children to people two meters tall. 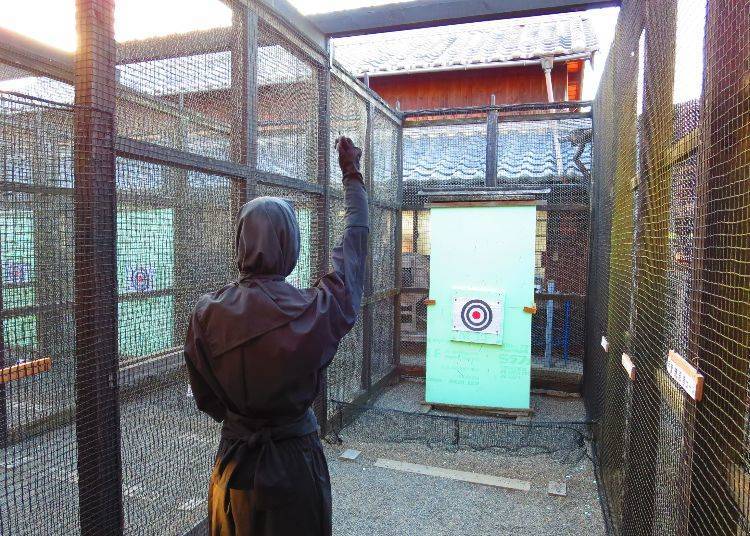 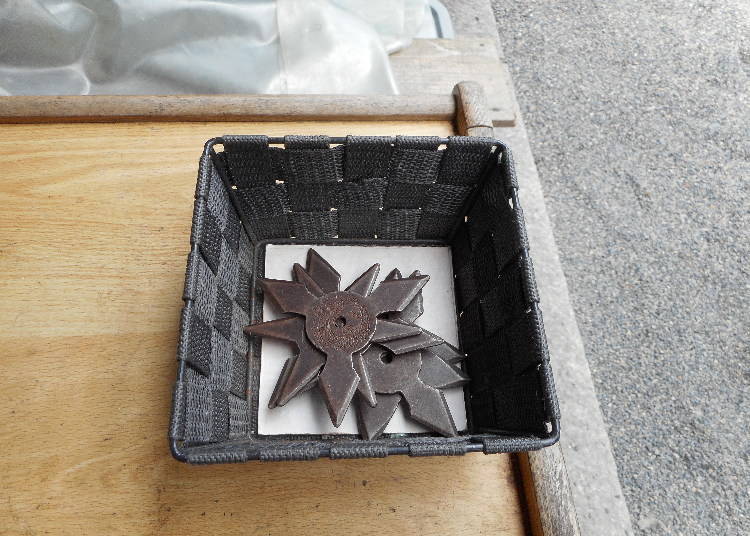 The first ninja weapon that comes to many people’s minds is the shuriken. Here, you can actually throw a shuriken. You’ll be given tips on throwing, and it’s quite a pleasure to hit the target. The cost is 300 yen for 8 pieces, and children are welcome to participate.

For 1,000 yen for the “Ninja Course” allows guests to wear a ninja costume, try shuriken throwing, and receive a souvenir rubber shuriken. The 1,300 yen “Dainin Course” includes the same activities as the Ninja Course but upgrades the souvenir to an iron shuriken (Price as of January 1, 2020).

After the intrigue of the ninja house itself, there’s more fun to be had when choosing souvenirs. The shop has an abundant supply of ninja-themed goods, including Koka House exclusives. Here are some recommended items: 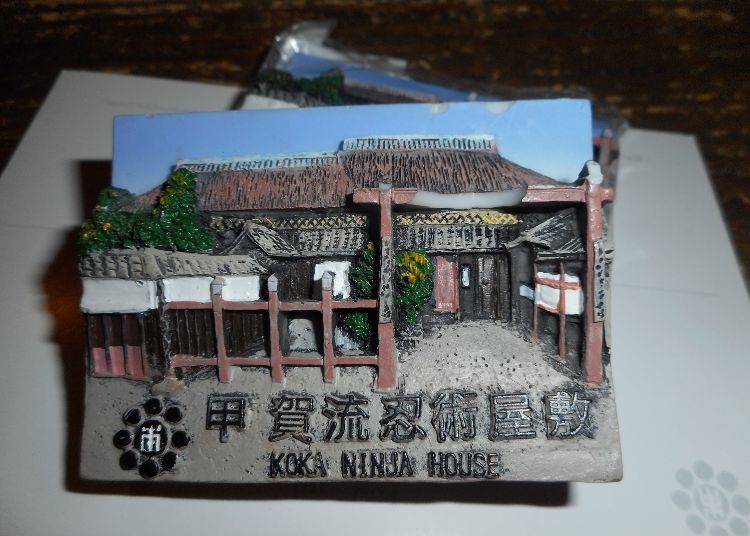 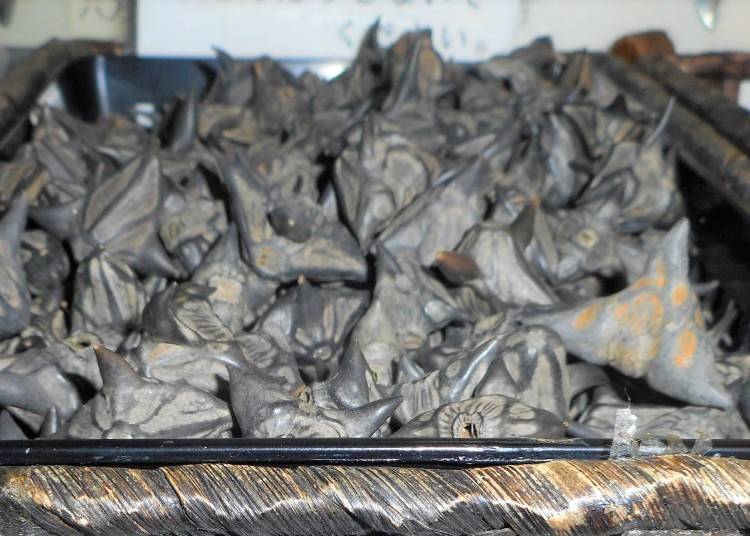 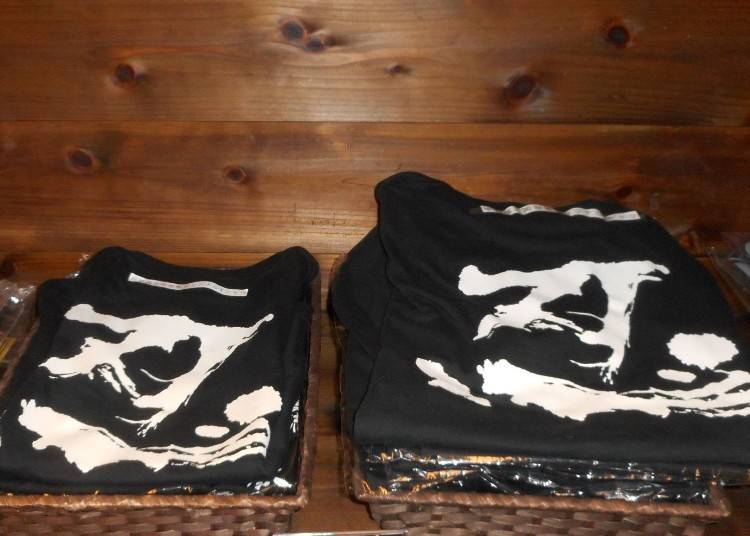 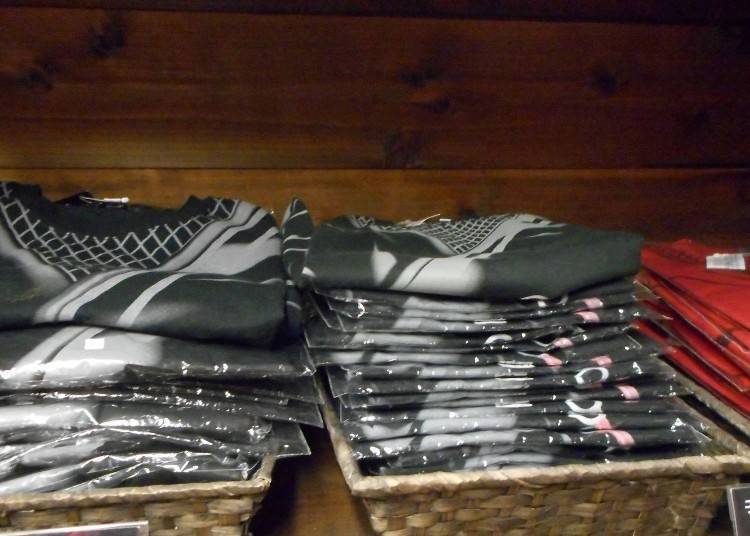 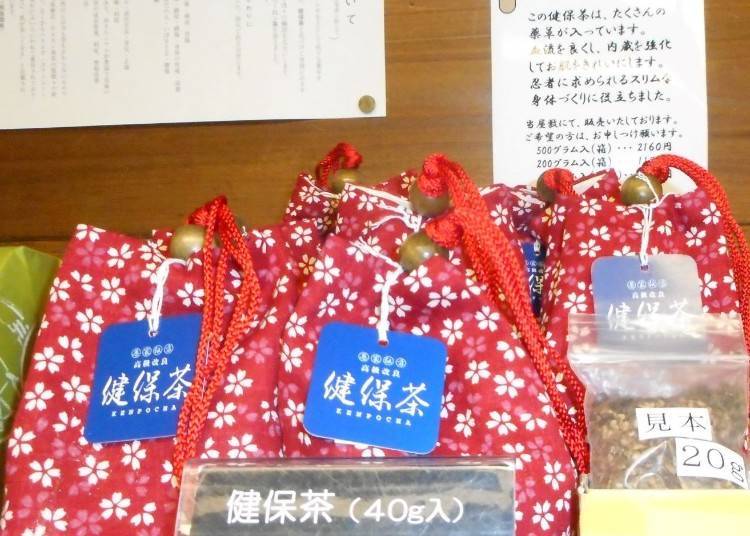 There are other ninja sites throughout Koka City, so you can journey even further into your study of ninja.

The Koka Historical Folk Museum in Koka-cho Aburahi has many ninja artifacts including swords, ladders, makibushi, and shuriken on display.

Ninja used their knowledge and skills to play an important role in Japanese history. Their ninjutsu, which may have seemed like magic, was actually carefully calculated and could only be performed with proper training. Koka Ninja House is full of a certain charm that exists because of its authenticity, and it’s the perfect place to gain a deeper understanding of the ninja who shaped Japan’s history from the shadows.

Shiga Tourist Spots: Top 9 Things to Do Around Japan's Lake Biwa Region
Lake Biwa Hotels: 5 Top Resorts And Other Places to Stay in Shiga Prefecture!
*This information is from the time of this article's publication.
*Prices and options mentioned are subject to change.
*Unless stated otherwise, all prices include tax.