HOME Japan Food Trends for 2019: The “Dish of the Year” is Tapioca! 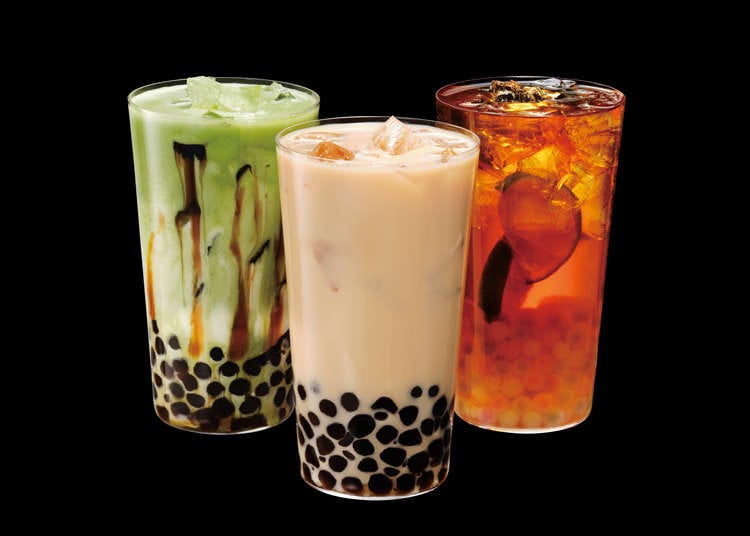 With the end of 2019 quickly approaching, many Japanese media are looking back at the year and considering what it meant to us all. This has kicked off fun year-end traditions, like the U Can New Word/Buzzword Award.

So what about food? Yes, Japan has a special award just for the year's food trends: the Dish Of The Year! And for 2019, 'Tapioca' was selected for its impact on contemporary Japanese society. Read on to discover why!

What is Japan's "Dish of the Year"? 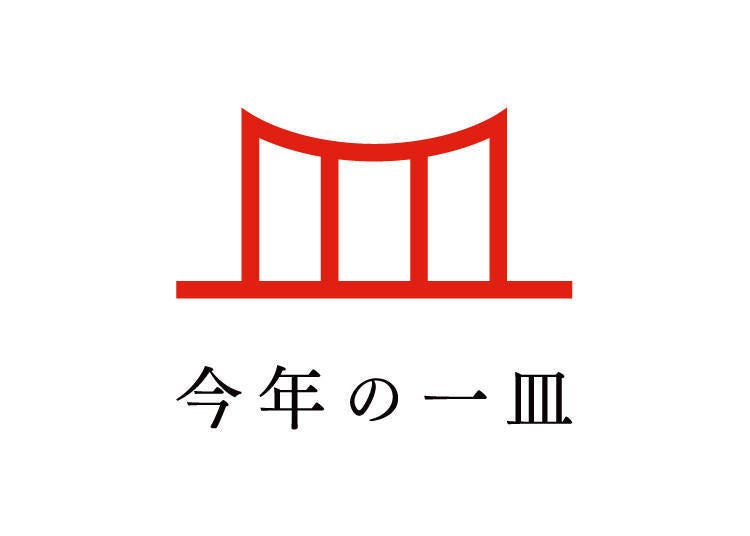 "Dish of the Year" is an award produced by Japanese restaurant search giant Gurunavi (which incidentally operates Live Japan).

Gurunavi combined and analyzed primary information from a total of about

For Japan's Dish of 2019, 40 keywords were extracted from a massive amount of data: 500,000 restaurants on the Gurunavi restaurant information website, together with the search and behavior history of 17.96 million Gurunavi members (as of October 1, 2019) and 61 million unique users (as of December 2018).

Using such keywords as options, a questionnaire was issued to Gurunavi members and the results used to narrow selection to 30 keywords.

Adding the number of votes from media stakeholders who conducted the judging, four were nominated as the final selection.

From among these, upon the Dish of the Year Committee confirming that it fulfilled the three conditions of (1) being a trend or topic that year, (2) being deeply relevant to societal developments and reflecting changes in society that year, and (3) being worthy of being a record of food culture to hand down to posterity, tapioca was approved and decided as Japan's Dish of 2019. 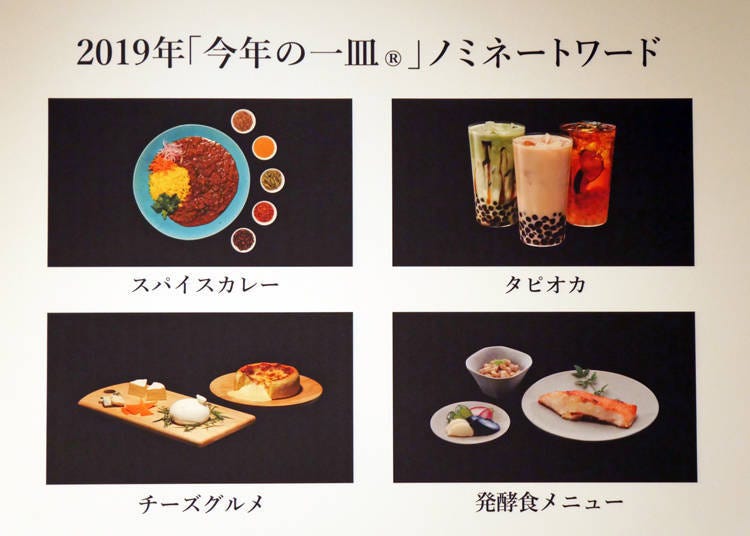 There were four nominees in 2019: spice curry, tapioca, cheese gourmet dishes, and fermented food dishes. The reasons for selection are as follows.

・Spice Curry
Spice curry stood out in particular in 2019 even within the spice boom of recent years. It has become easy to obtain various spices in Japan and people can create rich flavors by blending them. As spices offer a high degree of freedom in cooking, it is easy for restaurants to showcase their creativity and originality. For consumers, the joy of searching for curries with spice blends to their liking has increased. These key factors led to growing support for spice curry.
Unlike the traditional business category of curry specialty restaurants, with cafes and other restaurants having begun offering spice curries with fancy appearances, spice curry gained favor among women. This is another characteristic of this year.

・Tapioca
Tapioca took Japan by storm across virtually all regions and age groups. With phrases coined such as “tapi-ru (a verb – ‘to tapioca’)” and “tapi-katsu (tapioca activities)”, you could say that it went beyond being a fad to become a social phenomenon. In particular, tapioca saw popularity among younger generations, with uptake amplified all the more thanks to their reach through social media.

・Cheese Gourmet Dishes
The volume of cheese consumption in Japan reached a record high. The import volume of cheese is also increasing every year, and with an EPA coming into effect in February 2019 which lowered cheese tariffs, a further increase in the import volume is expected.
Producers of small-scale domestic natural cheeses are steadily increasing and the number of cheese factories in Japan, which was 106 in 2006, increased threefold to 319 in 2018.5
Because cheese goes well with various ingredients and cuisines, it is expected to show a further spread in restaurant menus.

・Fermented Food Dishes
Fermentation has been essential in Japan's food culture since ancient times. With increased health-consciousness recently, there has been a rediscovery of their value. Fermented foods have until now tended to garner attention as a standalone dish. However, this year’s key characteristic was the style in which fermented foods were incorporated into entire meals. Since fermented foods and seasonings have a strong umami flavor and increase nutritional value, we can expect reduced use of salt and other health benefits by skillfully incorporating them into meals.

So from these, why was Tapioca selected? 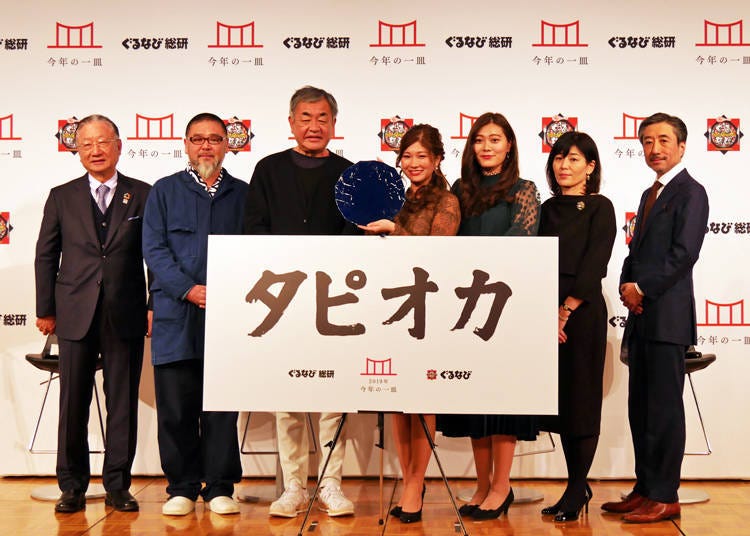 There were several key reasons for Tapioca having been selected as Japan's Dish of the Year.

・Diverse ways of enjoying it
With tapioca becoming available at a host of restaurants and not just at specialty shops, it permeated the marketplace. Meanwhile, consumers found diverse ways to enjoy tapioca, thanks to an expanded range of customizations according to each person's taste—by changing drink combinations, or the level and quality of sweetness, for example. 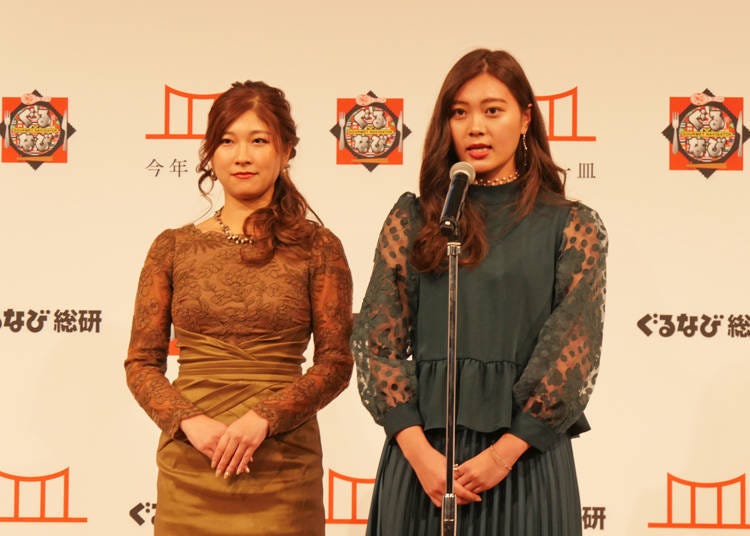 At the press conference, Nao-san and Karen-san, both tapioca enthusiasts who had walked up to 700 stores and had over 1000 cups a year - up to 24 cups a day - were invited to share some words on their experience. Makiko Nagatomo, author of Tapioca in Japan and a freelance writer and part-time lecturer at Doshisha Women's University, and editor-in-chief Masato Aso of the web magazine “Mega Brazil”, also appeared.

Nao and Karen said, “Tapioca was sometimes said to be a temporary boom, but I am happy that it has become a social phenomenon and won the award. Now is the time when young people can take action through SNS. We want to work actively on social issues like littering so that some negative impressions can be dealt with and changes made."

Ms. Nagatomo said, “I started studying tapioca about 20 years ago. Today I feel like I have been participating in a Tapioca Festival for over 20 years - and this is the result.” 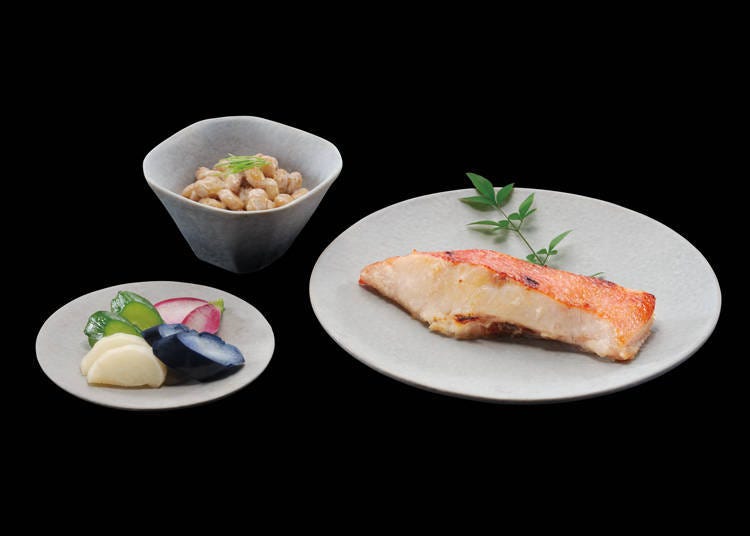 The market scale for natto (fermented soybeans) reached a record high in 2019 and the number of restaurants and cafes using fermented ingredients in Japan is on the rise.

Fermentation has been essential in Japan's food culture since ancient times. With increased health-consciousness recently, there has been a rediscovery of their value. Fermented foods have until now tended to garner attention as a standalone dish.

However, this year’s key characteristic was the style in which fermented foods were incorporated into entire meals. Since fermented foods and seasonings have a strong umami flavor and increase nutritional value, we can expect reduced use of salt and other health benefits by skillfully incorporating them into meals.

Japanese food ranks at the top of things that tourists to Japan look forward to and with recognition from the world, fermented foods became a catalyst for the Japanese to re-examine their traditional food culture.

Past "Dish of the Year" Winners

So what foods took Japan by storm in the past? Here is a quick list of past winners. 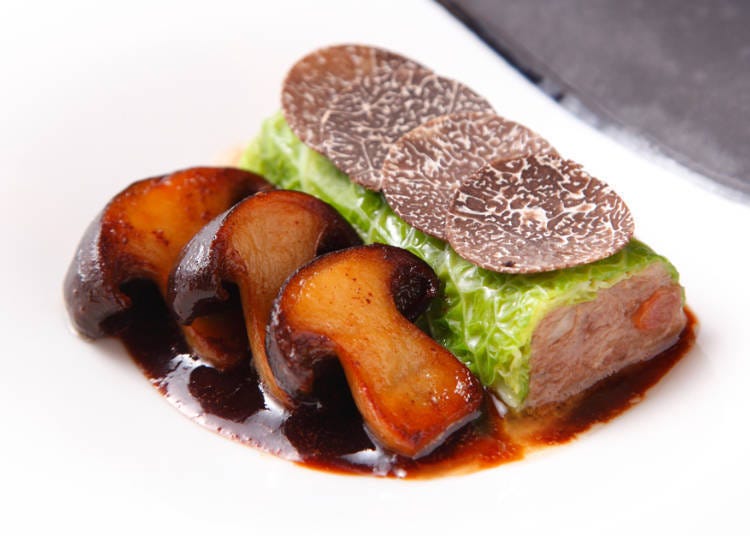 The Ministry of Health, Labor and Welfare released "Guidelines for Hygiene Control Concerning Wild Game and Fowl". The year also saw the appearance of venison even in convenience store and fast-food dishes. 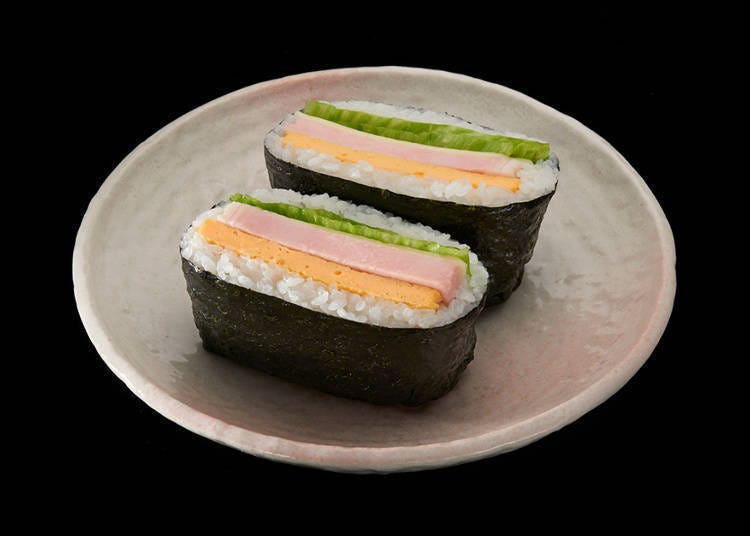 2015 saw expanded potential of rice - and even brand-name rice in Japan. 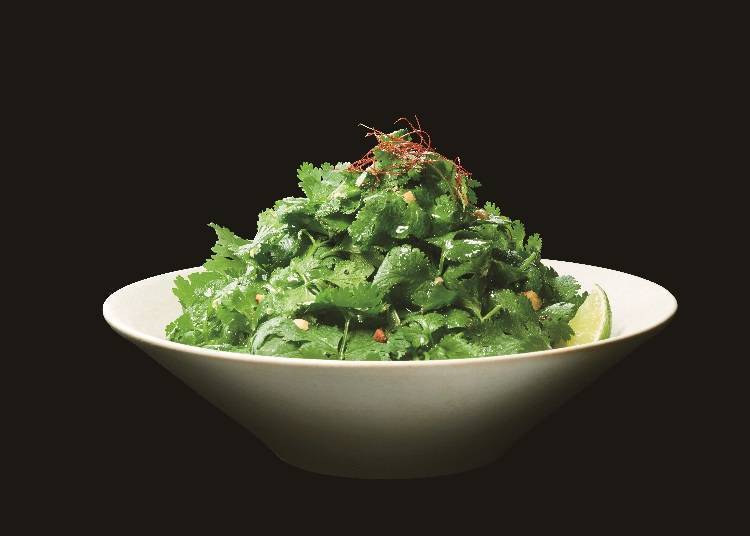 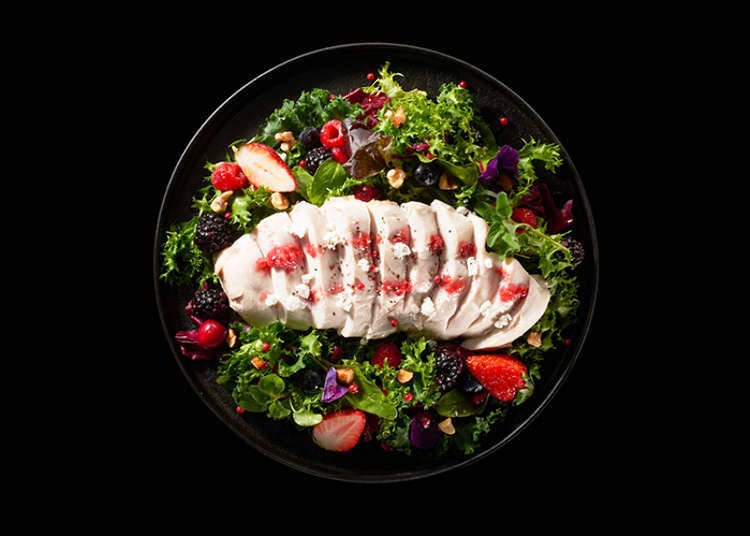 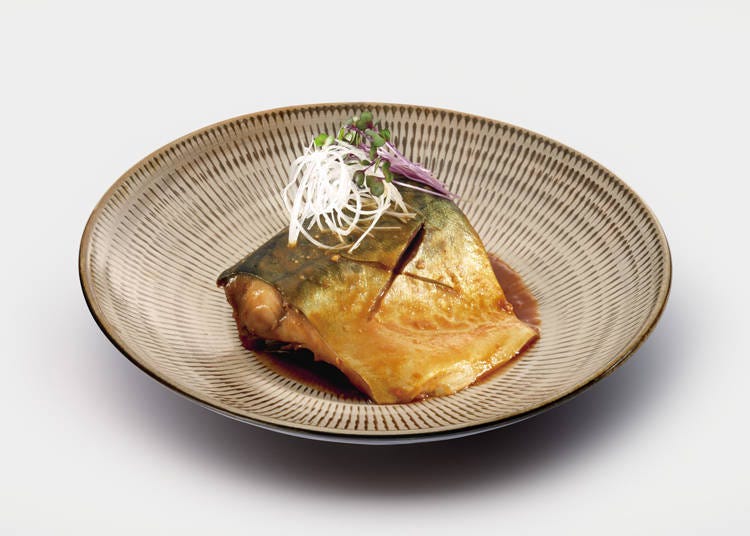 In 2018, attention focused on canned mackerel reconfirms the merits of seafood culture. There was improved recognition of branded mackerel and expectations for its increased popularity in restaurants - while sustainable fishing and development of seafood culture was promoted. 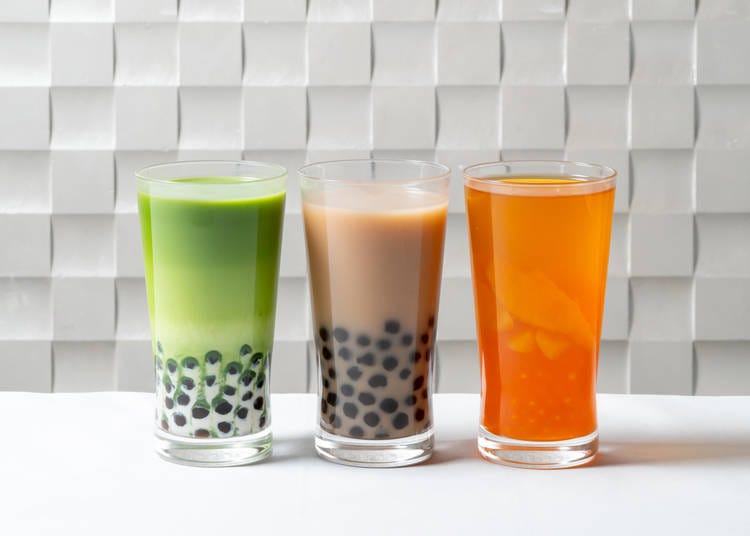 When you visit Japan, why not give tapioca drinks a go!

Hot Food Trends for 2018: Check out Japan's Dish of the Year!
5 Bubble Tea Shops in Tokyo: An Explosion of Flavors to Please the Palate
Tokyo Foodie Guide: 5 Must-Try Street Foods at Ueno Ameyoko!
*This information is from the time of this article's publication.
*Prices and options mentioned are subject to change.
*Unless stated otherwise, all prices include tax.