HOME Will there be a typhoon during my trip? Seasonal natural disasters and preparedness in Japan 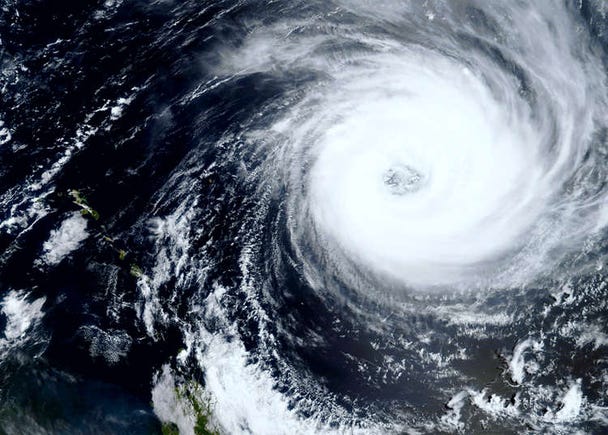 Will there be a typhoon during my trip? Seasonal natural disasters and preparedness in Japan

Because Japan is located in the middle-latitudes and is an island nation, it is easily affected by ocean currents and seasonal winds. While Japan's seasons are very pleasant to see and experience, each brings its own natural disasters.

Here are some of the disasters and seasonal effects tourists should be prepared for when visiting Japan. 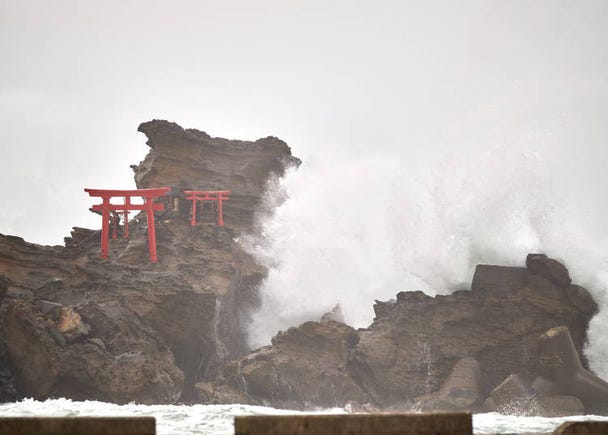 ・ First of spring (Haru Ichiban)
Haru Ichiban refers to the strong, sometimes typhoon-like, south-facing winds that begin prior to the spring equinox. During April and May, temperate cyclones develop rapidly off the Sea of Japan, reaching typhoon intensity. These are known as May storms or spring storms.

Unfortunately, if you’re in Japan when haru ichiban arrives, you may want to refrain from going outdoors as much as possible. When you do go out, be careful of flying debris or falling tree branches. If you are staying at a hotel or ryokan, follow any safety instructions they offer.

・ Meltwater flooding
As the temperature increases, mountain snows melt, and the possibility for flooding will increase. In particular, flooding is likely to increase during heavy or long rains in the snowmelt season from March to May, when warm winds blow in the spring, or during sudden rises in temperature.

Before traveling, check a hazard map of where you are going and where you are staying, to see if the area is prone to flooding. Hazard maps are often available on local government websites. However, few of the maps are multilingual, so you may need to ask a travel agency for confirmation or clarification.

Because disasters are more likely to occur due to seasonal changes in weather, it’s important to pay attention to weather information. If there is a risk of flooding, a “flood advisory,” “flood warning,” or a “river flood forecast” will be issued. In that case, try to evacuate early, before nightfall and keep away from rivers and waterways. 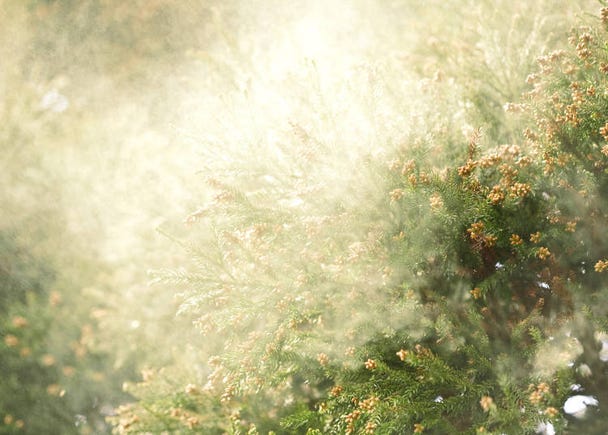 Although severity varies from one individual to another, hay fever affects enough people be considered a national illness in Japan. Hay fever results when plant pollen is inhaled or adheres to mucous membranes. In Japan, many people have become allergic to cedar pollen, and ragweed and rice pollen allergies are also common.

Hay fever isn’t unique to Japan, of course, so if you’re planning a spring trip to Japan sightseeing in Japan, wearing a mask may be beneficial to reduce the amount of pollen inhaled.

If you have hay fever medication, carry an ample supply. In the unlikely event that a natural disaster occurs, evacuation may be prolonged, so it’s wise to carry extra medicine. 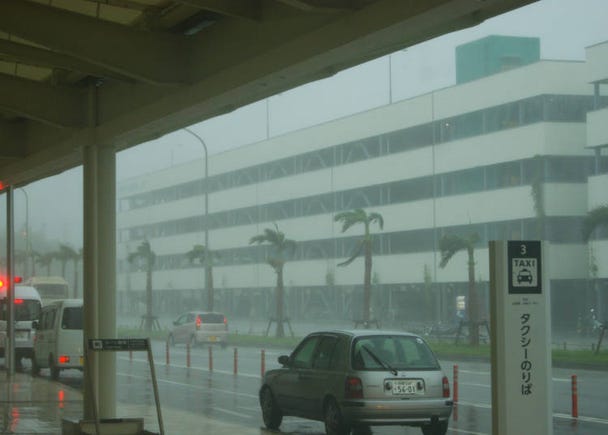 ・Typhoons
During July and August, typhoons often make landfall in Japan, causing heavy rains, floods, storms, and storm surges. Heavy rains caused by typhoons tend to cause river flooding (often filled with debris) and landslides. Be sure to check the typhoon’s path of approach, and keep away from coasts, rivers, and cliffs.

Because floods and landslides can occur with little to no warning, when an evacuation recommendation is issued by the municipal mayor, take evacuation action promptly.

There are several ways for foreign tourists to obtain information when an evacuation advisory is issued. The Japan Meteorological Agency website, as well as information from local governments and embassies, and tourist information centers are valuable resources.

When heavy rain falls in a short period of time, it saturates the soil, then flows into rivers, sewers, and rainwater pipes, often often exceeding the processing capacity and resulting in flooding.

If the weather suddenly changes and heavy rains begin, quickly moving away from rivers to higher ground. 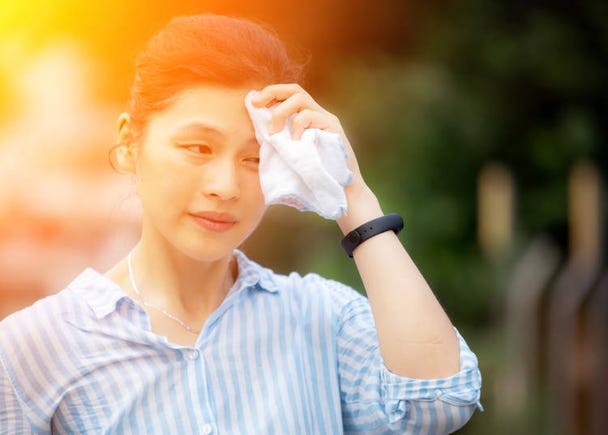 ・ Summer heat and humidity
In recent years, record heat waves have taken place around the world. Heatstroke is common in Japan, so be sure to stay hydrated.

Take note that heat stroke may also occur indoors. Because sweat does not easily evaporate in rooms with high temperature and humidity, it’s difficult for the body to regulate temperature, so take precautions and try to adjust room temperature accordingly.

Summer climbing, is popular and is easy for even beginners, but lack of knowledge increases the likelihood of problems. For example, climbers wear light clothing such as T-shirts and shorts to climb easily. However, even in summer, temperatures near mountain summits may resemble midwinter. Altitude sickness can also cause complications, and preparation measures like proper clothing and equipment and hiring experienced guides are important for safe climbing. 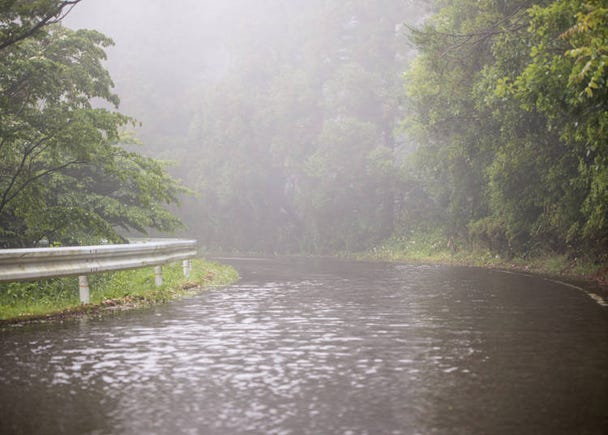 Autumn typhoons are characterized by high wind speeds and are prone to storms with gusts. Landslides are more likely to occur due to heavy typhoon rains on ground that has been loosened by the “long rain.” When you arrive at your accommodation, check the hazard map and evacuation route.

・ Changeable weather
Autumn weather changes easily. Sometimes there will be cold rains, while other days are clear, and temperatures can vary as much as 10 degrees Celsius or more in a single day.
To avoid discomfort of illness, pay close attention to changes in temperature and be sure to wear suitable attire. 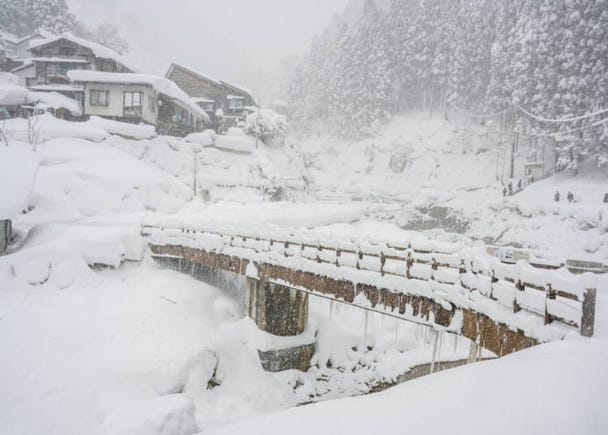 ・ Snowfall
According to the Special Measures Act on Heavy Snowfall Countermeasures, areas that have a large amount of snowfall that impacts industry and daily life are designated as “heavy snowfall areas.” In terms of heavy snowfall areas, you may imagine Hokkaido or Tohoku, but of Japan’s 47 prefectures, 10 (and 960 municipalities) are designated, accounts for more than half of the country’s land mass.

Tourists visit these regions for mountain climbing, skiing, and sightseeing. Many winter incidents are caused by avalanches, snow removal accidents, and traffic accidents caused by freezing roads. Wear non-slip shoes on unfamiliar, snowy roads and do not go out when heavy snow falls. 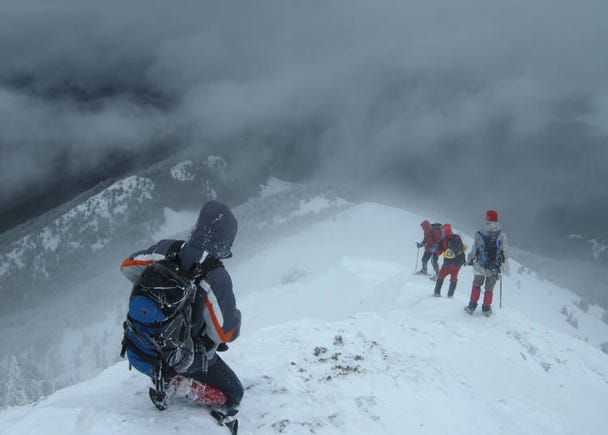 Even in good weather conditions, mountains climbing can be dangerous, but winter provides more points to be aware of when climbing. Tragedies occur every winter, and police authorization is required for entry into some mountain routes. In some areas, tourist may be barred from entry if they are too lightly dressed.

Multilingual signs and guides for mountaineers are still rare in Japan, and few guides speak foreign languages. Be sure to do thorough research and use discretion when considering winter climbing. 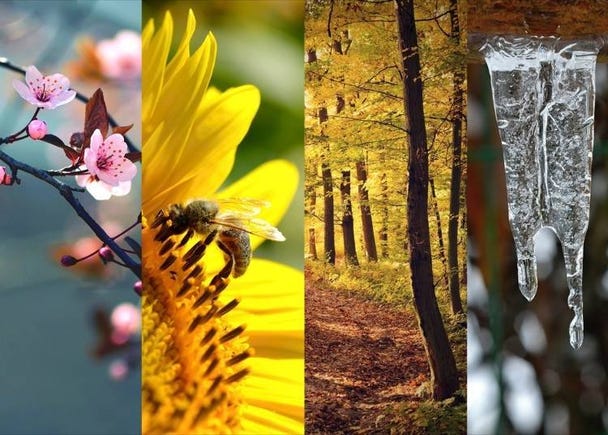 Each season brings unique weather and beautiful scenery. But severe and dangerous weather conditions are part of seasonal change and can be compounded by lack of knowledge and preparation.

Many risks can be avoided by knowing what risks exist and how to avoid them. Be sure to know your “seasonal tour route” when planning your next trip.

LIVE JAPAN: Emergencies and disaster information page
*This information is from the time of this article's publication.
*Prices and options mentioned are subject to change.
*Unless stated otherwise, all prices include tax.