HOME Kodomo no Hi (May 5): All About Children's Day in Japan 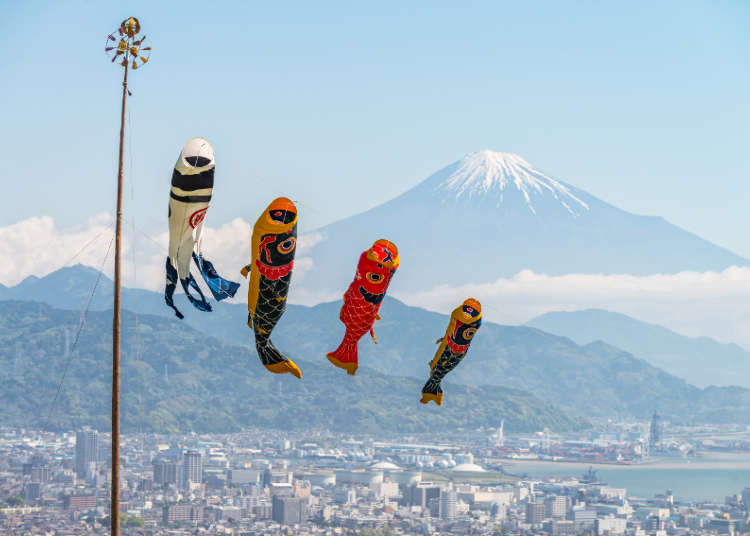 Kodomo no Hi (May 5): All About Children's Day in Japan

You may be acquainted with Mother's Day, Father’s Day, or Grandparents Day, but did you know that Japan also has a special day that is dedicated to children?

During Golden Week, each May 5, people celebrate Children’s Day. Known as “Kodomo no Hi” in Japanese, this is a day honoring the health, happiness, and individuality of children, and also giving appreciation toward mothers.

History: From Samurai to Boys’ Day 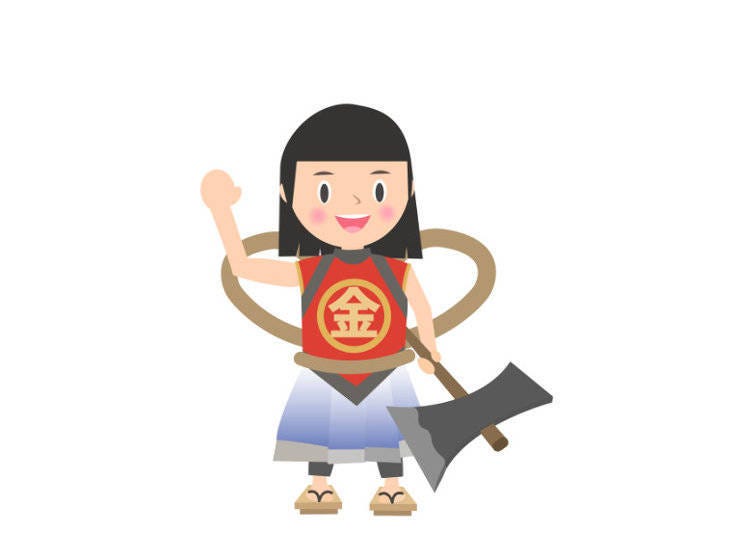 This holiday was not always known as Children’s Day.

Originally celebrated on the fifth day of the fifth moon in the Chinese lunar calendar, the celebration used to be known as Boys’ Day, or ‘Tango no Sekku’, and was strongly linked to samurai culture. There is also a “Girls’ Day” on March 3, which is still celebrated to this day. 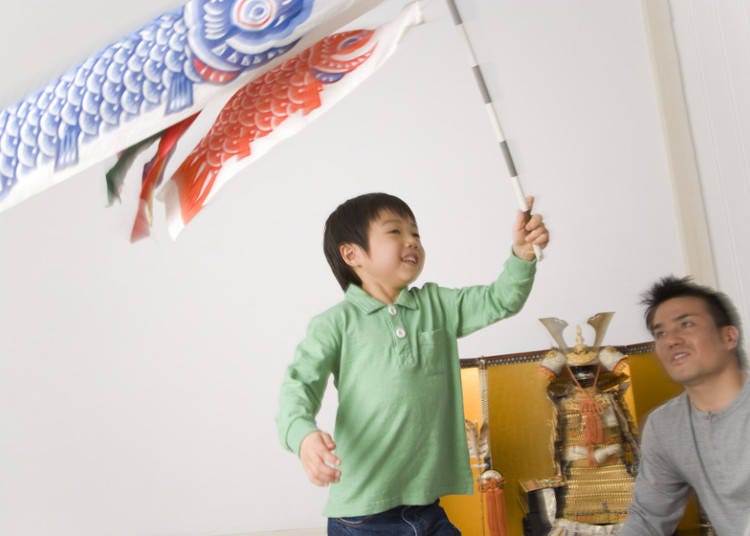 On Boys’ Day, families would raise carp streamers known as ‘koinobori,’ in honor of the legend of the carp that swims upstream to become a dragon.

It was also customary to display a Kintaro doll. Kintaro is the name that legendary samurai Minamoto no Yorimitsu went by as a boy.

He was known for his incredible strength, even as a child, when he is said to have ridden a bear. Kabuto, the name for a samurai helmet, is another symbol representing Tango no Sekku.

“Kodomo no Hi” is Born 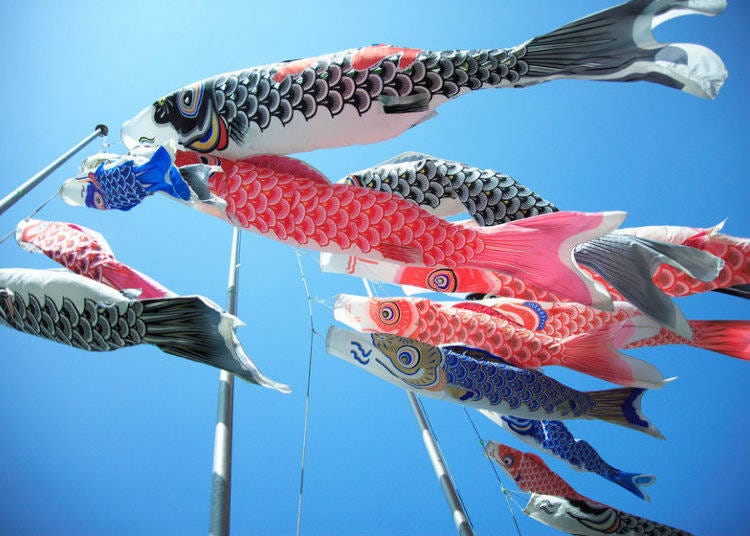 In 1948, the Japanese government declared May 5 as an official national holiday, to be known as Kodomo no Hi. Many of the traditions that began as Boys’ Day carried over to Children’s Day, such as the flying of carp and Kintaro imagery.

A special bath called ‘shobu-yu’ may also be prepared, using the leaves and roots of an iris, which are said to be shaped like the sword of a samurai (fitting in with the original concept of Boys’ Day), and believed to ward off illness. 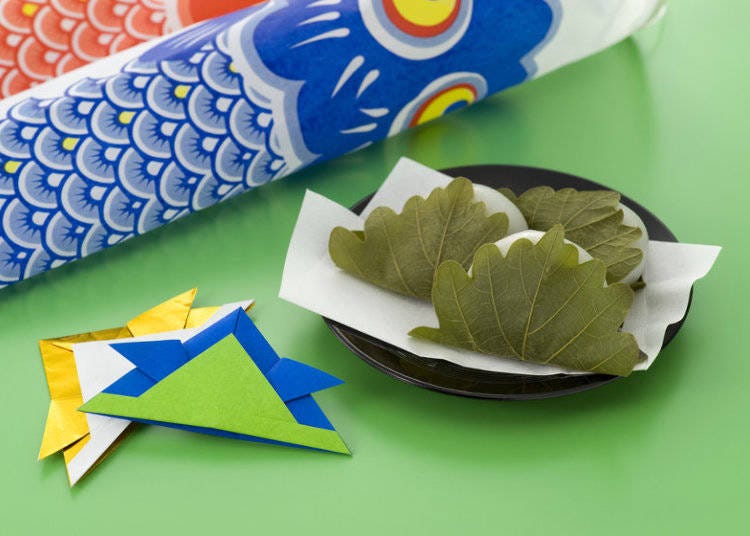 There are also certain traditional foods that are eaten on this day. Kashiwa mochi is one such sweet: a pounded rice cake filled with red bean paste and wrapped in an oak (‘kashiwa’) leaf.

Another Children’s Day food, Chimaki, which is said to have originated in China, consists of a long, sticky rice cake wrapped in a bamboo leaf. (Note: neither of the leaves wrapping these rice cakes are intended to be eaten.) 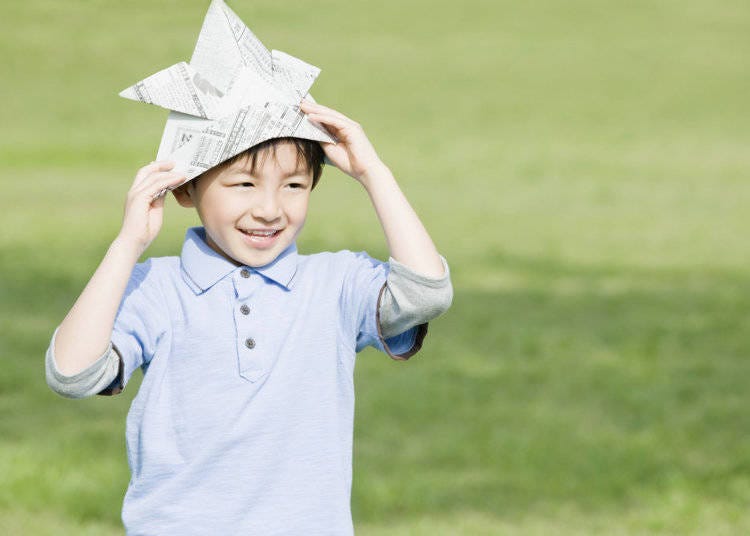 Children’s Day continues to be enjoyed even today. It’s a day not only celebrated in the homes of Japanese families, but also in the children’s schools, who incorporate the holiday into fun activities, keeping this old tradition as lively as ever, even in the 21st century.

Top 3 Children's Day Events During Golden Week - Koinobori Found at Popular Sites in Tokyo!
Enjoying Golden Week: Japan’s Shining Spring Holidays
Hina Matsuri: Japan’s Doll Festival
How to Survive the Crowds during Japan's Golden Week
Top 10 Things to Do in Japan in May!
*This information is from the time of this article's publication.
*Prices and options mentioned are subject to change.
*Unless stated otherwise, all prices include tax.