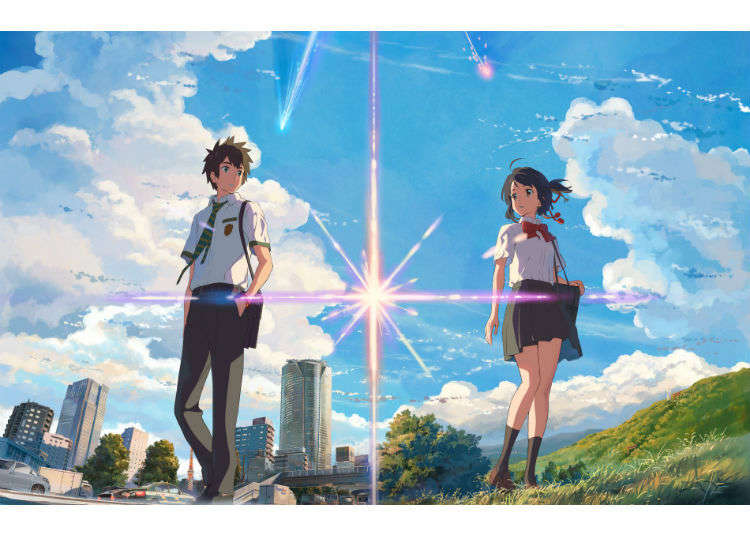 Directed by Makoto Shinkai, the 2016 anime movie Kimi no Na wa (Your Name) has not only become a success and phenomenon in Japan, but also internationally.

Shown in cinemas all over the world, Your Name won the award for Best Animation at the 2016 Los Angeles Film Critics Association Awards, while in China it broke every record for movie theater audience numbers for a Japanese movie.

Your Name has won the hearts of people all over the world, no matter where they are from. But did you know that many of the locations used in the anime are based in reality? 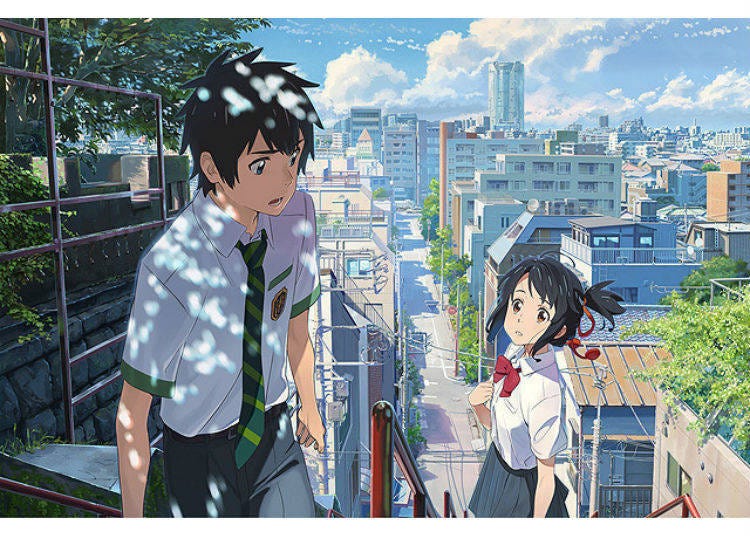 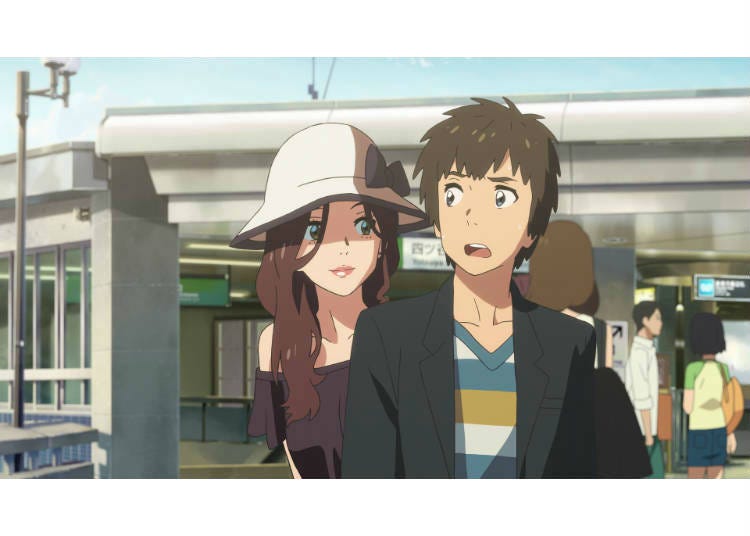 Taki, the male protagonist of Your Name, is a high school student who lives in the city, while the female protagonist is called Mitsuha, a high schooler living in the mountains of Japan’s countryside – the two of them have never met, but their story begins with a miracle.

One morning, they wake up and realize that they have swapped bodies with each other! In addition to the gripping story, the movie features beautifully drawn, realistic depictions of landscapes in Japan, such as Tokyo and the city of Hida in Gifu Prefecture.

Especially shrines in Tokyo that have appeared in the movie have attracted many visitors since the release of Your Name, along with other spots and locations of the movie, inspiring many to go on a Your Name anime pilgrimage.

Many of those locations are especially recognizable for fans in Tokyo, so this anime pilgrimage will highlight six characteristic locations around the Japanese capital. So grab your camera and go on a unique Your Name discovery tour in Tokyo!

1. The Pedestrian Bridge in Front of JR Shinanomachi Station 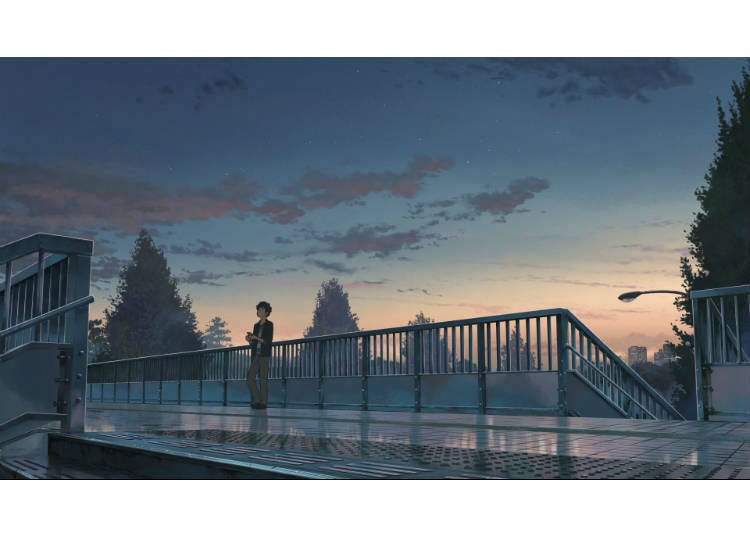 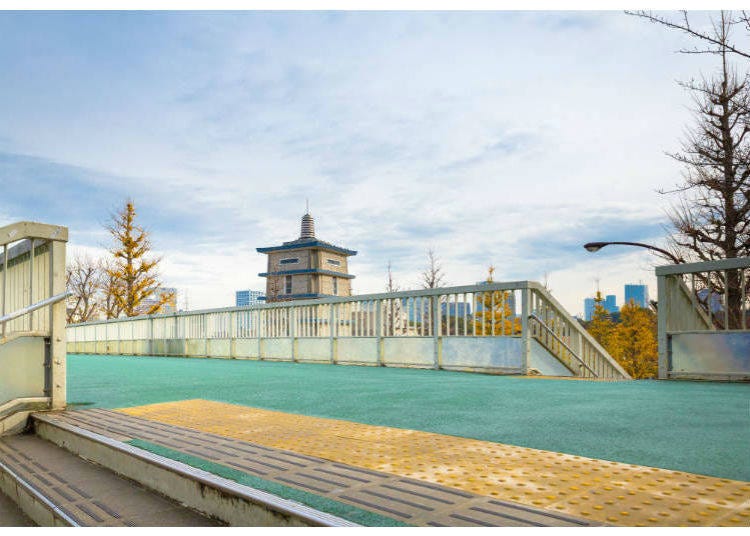 This pedestrian bridge, appearing numerous times in Your Name, is located left-right in front of the Shinanomachi Station.

This is where Taki and his senior, Okudera, say goodbye after their date, and where Mitsuha tries to call Taki after traveling to Tokyo.

The bridge leads down to a narrow road lined with numerous ginkgo trees and an atmosphere so calm and relaxing, it is hard to believe that this is right in the heart of one of the biggest, busiest cities on earth. 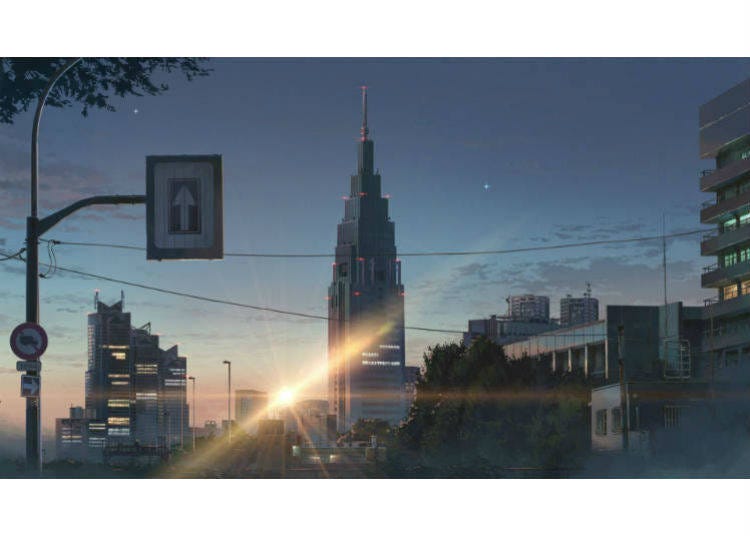 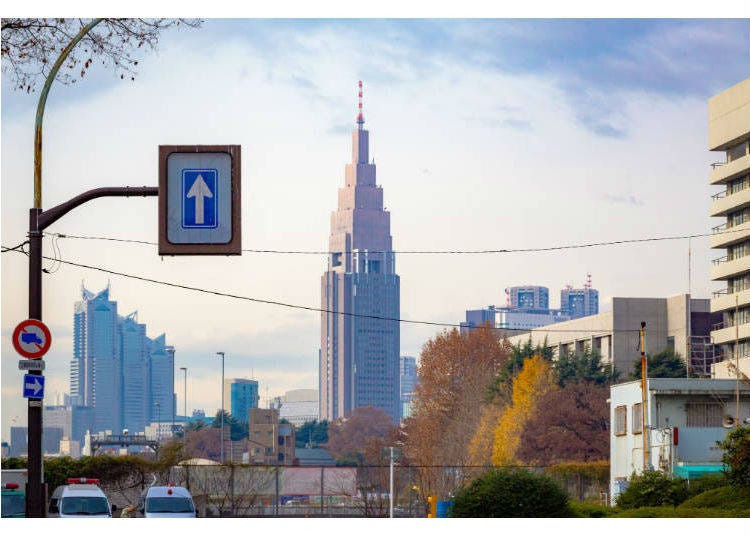 Majestically lit by bright morning sun, the DoCoMo Tower and its unique shape stood out even in the beautifully drawn skyline of Tokyo of Your Name. Built by NTT DoCoMo, one of Japan’s major mobile phone companies, it is the fourth-biggest building in the entirety of Tokyo.

Although the building itself is near Yoyogi Station, the scenery from Your Name can actually be experienced just outside Shinanomachi Station, on the right-hand side of the aforementioned pedestrian bridge.

You’ll notice that the scenery in the movie is faithfully reproduced, from every building to every tree, so you actually will feel like you’re a protagonist of Your Name yourself! 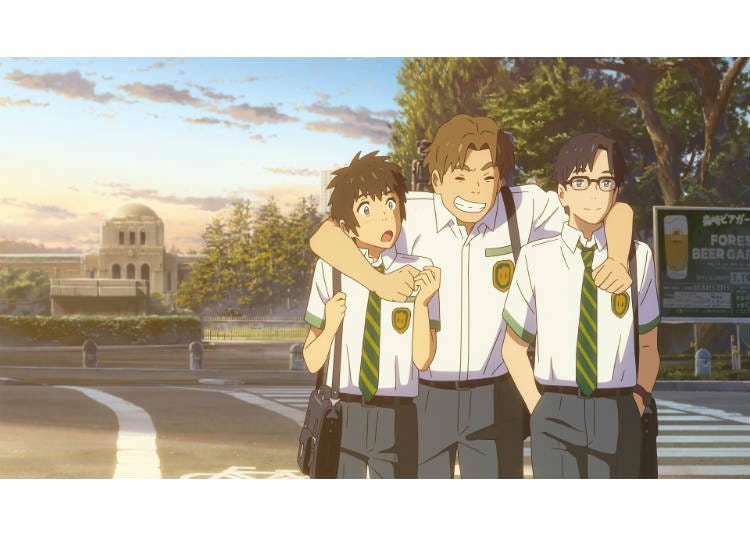 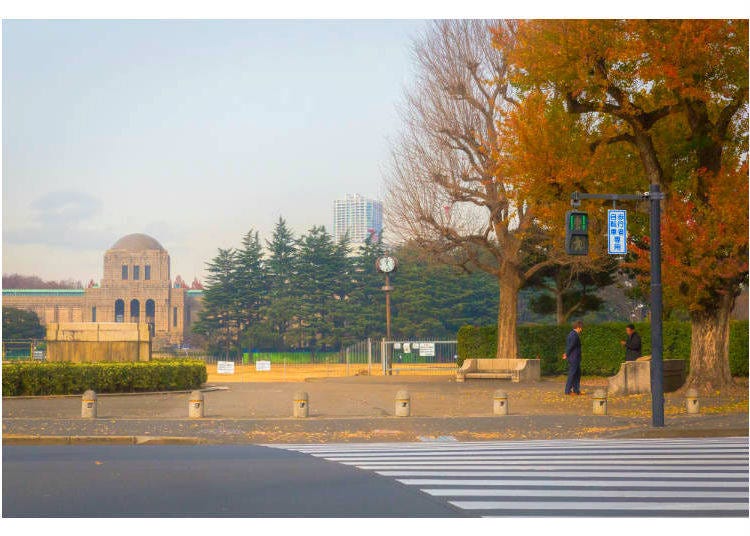 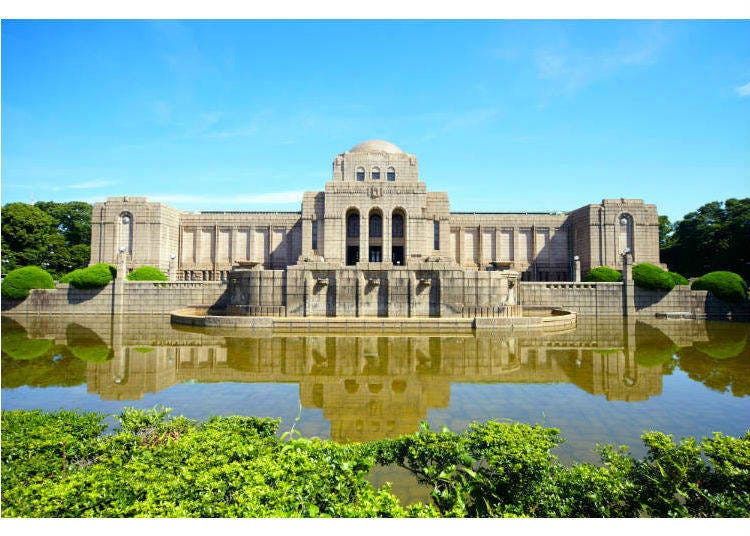 Housed in a building that in itself is designated as an important cultural asset of Japan, the museum exhibits large murals that depict various events and sceneries of Japan’s industrialization and modernization, from the Bakumatsu era, the end of the Shogunate, to the Meiji period.

For example, this is the time when day-to-day clothing habits changed from kimono to Western-style clothes. Seeing the intriguing mixture of Western and Japanese culture displayed on beautifully drawn murals gives a very unique glimpse into a Japan of older days. 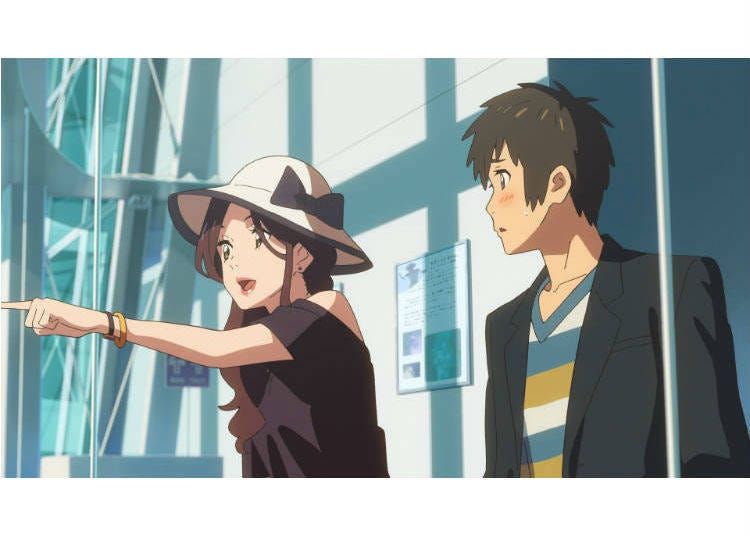 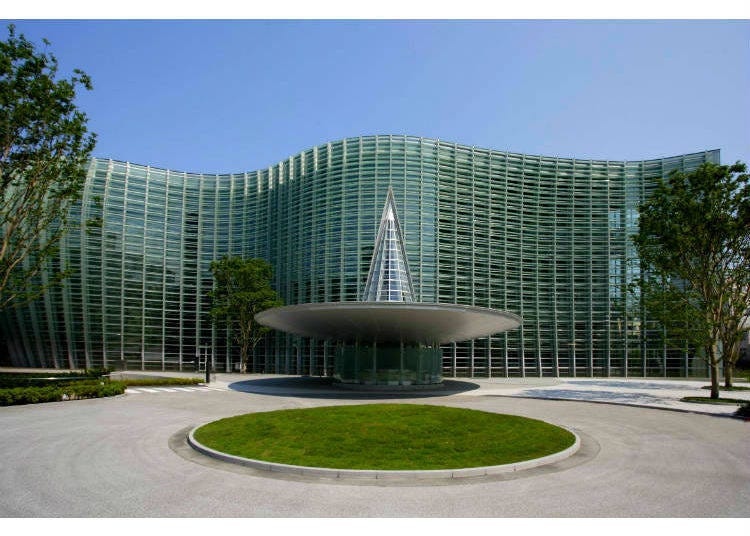 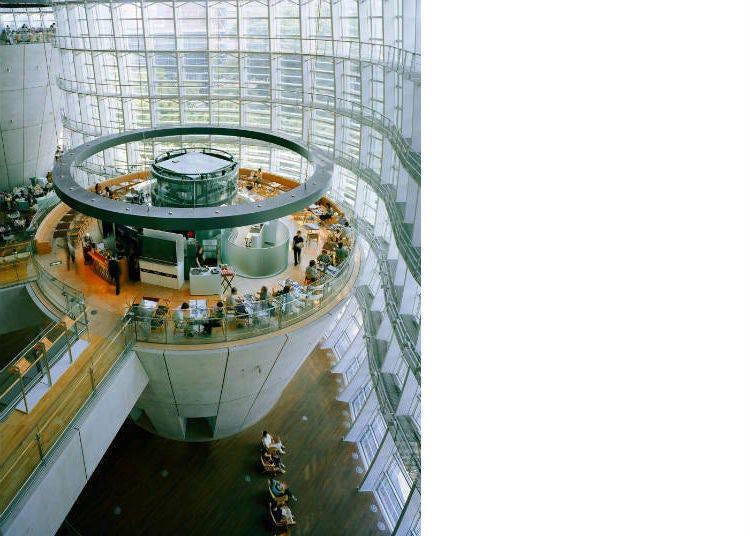 Halfway through the pilgrimage, you will find yourself hungry and maybe a little tired – so let’s head over to the National Art Center, Tokyo, next. This is where Your Name's Taki and Okuda, his senior at his part-time job, go on a date and eat at the restaurant Salon de The ROND on the museum's second floor.

Built on top of an inverted cone, the restaurant seems to be floating in the air and is particularly famous for its delicious pastries, such as cakes and macaroons. On top of that, special menus created around the exhibitions held at the National Art Center are usually available as well.

The museum shop in the main hall can be visited free of admission and is the perfect place to find a unique souvenir as it offers a colorful variety of goods, from works by contemporary Japanese artists to beautiful handicrafts.

5. The Intersection at the Shinjuku Police Station 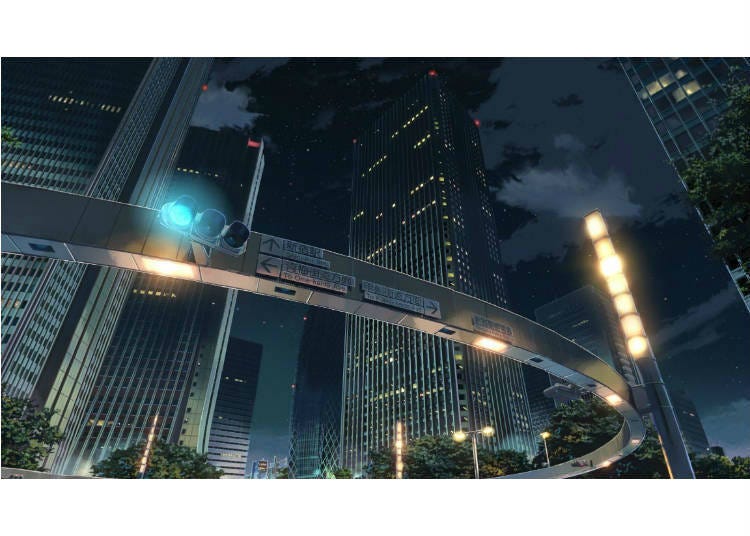 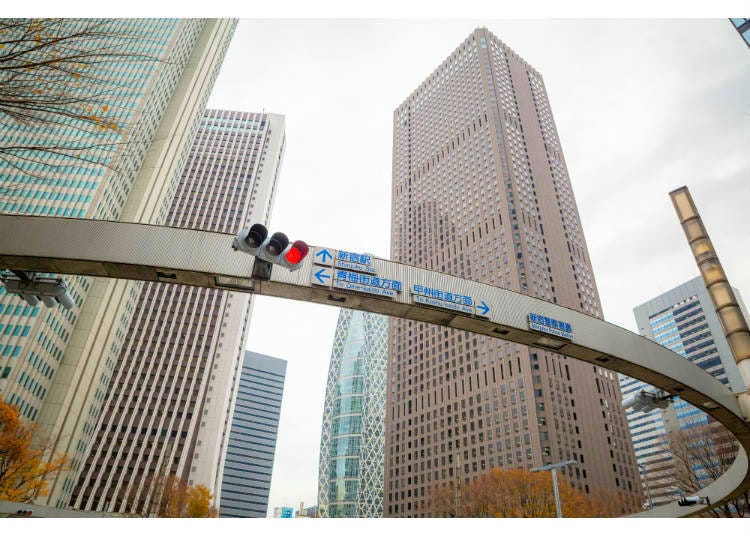 This scenery is one of the most iconic ones when it comes to beautifully illustrating the contrast between the quiet, idyllic town of Hida and the busy, bustling metropolis that is Tokyo. Many of these sceneries of Your Name in Tokyo are highlighted with music, and one of the fans’ favorites among those is the scene accompanied by Radwimps’ Zen Zen Zense.

With its numerous traffic lights lining up within a metal ring, the intersection right at the Shinjuku Police Station is especially prominent, evoking the image of a high-tech Cyber-Tokyo and contemporary Japan like no other scenery.

Around this intersection line up numerous of Shinjuku’s most famous skyscrapers, such as the Tokyo Metropolitan Government Office, and the place is especially recommended for pilgrims who are interested in seeing the architecture of Japan’s modern side. 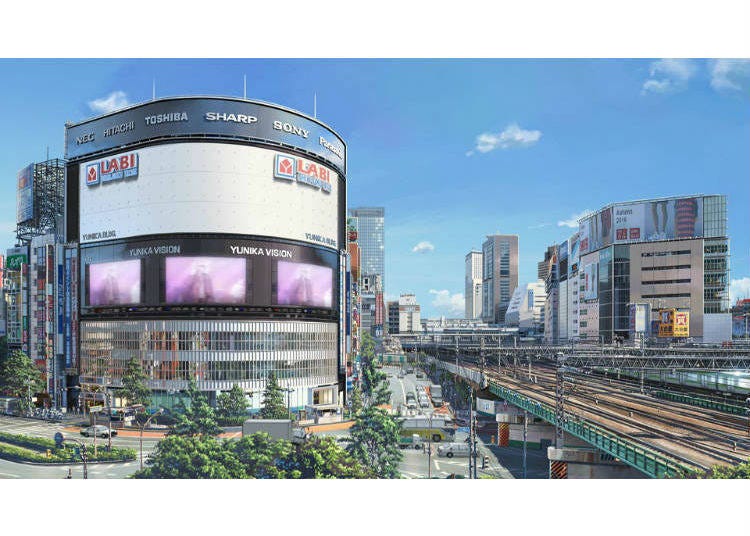 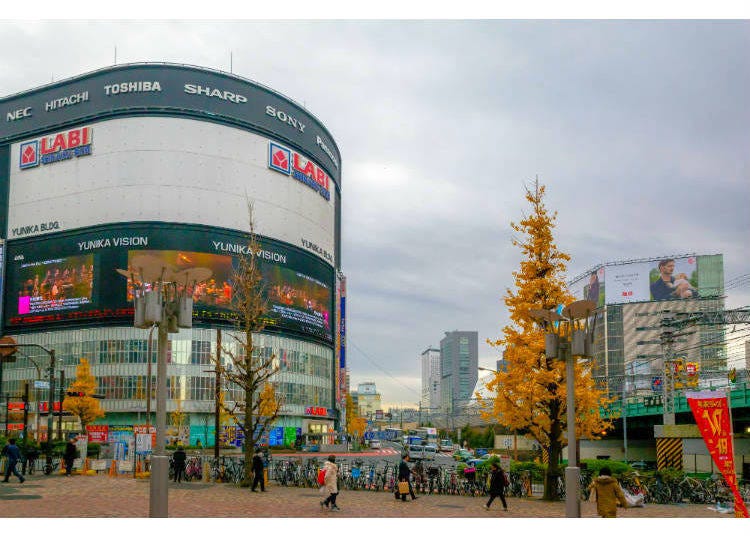 Speaking of representative cityscapes of Tokyo, another prominent one featured in Your Name is the so-called Shinjuku O-Guard, or Big Guard.

This large tunnel can be found right outside Shinjuku Station’s East Exit, facing the amusement district of Kabukicho along Yasukuni Street, and is a famous landmark of the area.

The massive screens sprawl in its background, along with the colorful and characteristic sight of large buildings and neon lights, showing advertisements, music videos, and the latest news to passers-by.

If you want to enjoy Shinjuku O-Guard at the same angle as it is shown in Your Name, look up at the tunnel from right in front of Seibu Shinjuku Station!

Due to the effects of COVID-19, there may be changes in business hours, temporary closures, or changes in service content.

Tokyo Anime Pilgrimage: Love Live!
Here Are 3 Hot Springs Near Tokyo You May Have Seen Before in Popular Anime!
Quick & Easy Japanese Recipes! Cooking the Dishes of Izakaya Nobu
*This information is from the time of this article's publication.
*Prices and options mentioned are subject to change.
*Unless stated otherwise, all prices include tax.