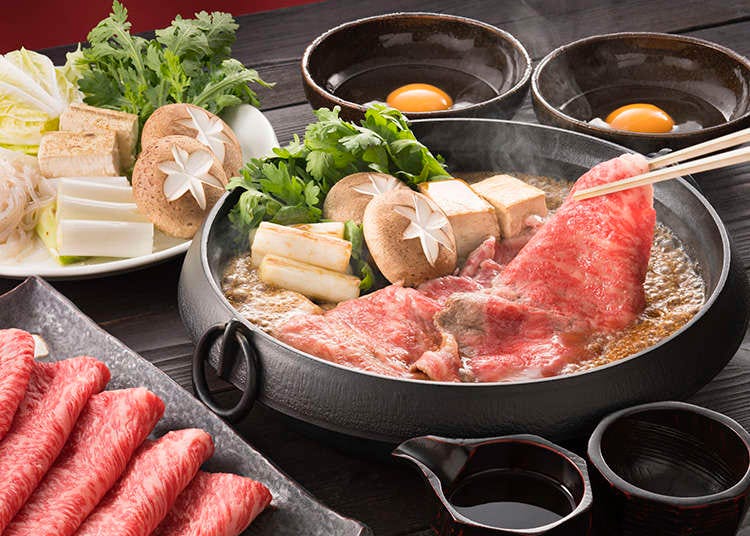 Let's go over a representative dish in Japanese cuisine: sukiyaki.

Look up establishments by Sukiyaki

What Kind of Dish is Sukiyaki? 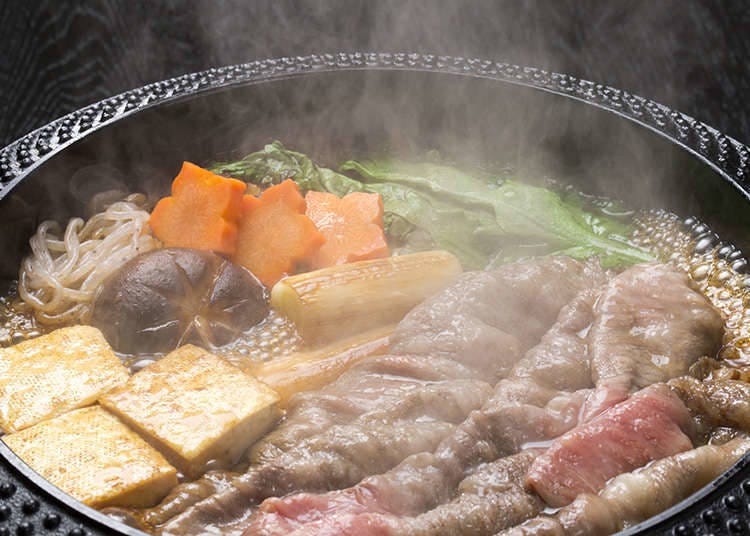 Sukiyaki is a kind of hot pot dish. Ingredients like sliced beef and vegetables are cooked in a shallow iron pot. In many cases they are seasoned with the sauce called "warishita", made from soy sauce, sugar and cooking sake, and eaten by dunking the ingredients into a small bowl of a beaten egg. 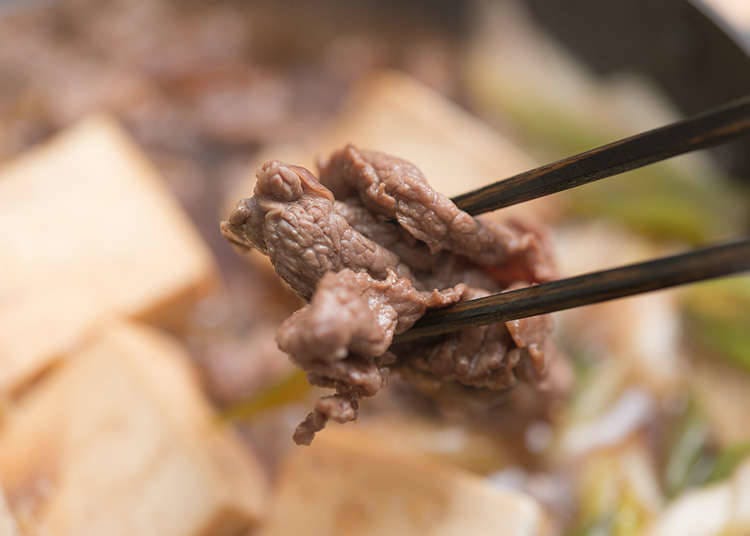 In 1859, Yokohama port opened as a trading port and the culture of eating beef was imported from overseas. It is said that sukiyaki originated from an izakaya named "Isekuma", when it started to serve a stewed beef dish called "gyu-nabe". After the Great Kanto Earthquake in 1923, sukiyaki of grilled beef using warishita became popular. 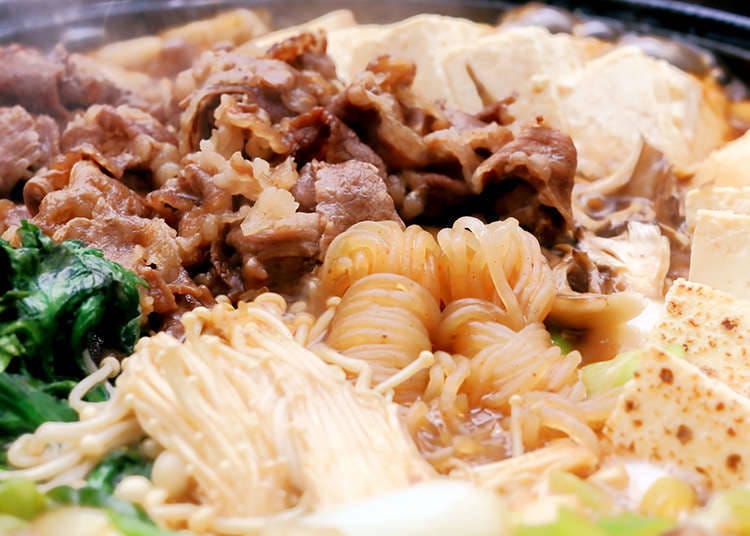 The common warishita is made by adding soy sauce, cooking sake and sugar to the dashi stock soup made from kelp, mushrooms and dried bonito. Sometimes miso and other seasonings are put as secret condiments. Warishita is the decisive factor of sukiyaki. Some sukiyaki restaurants are particular about their warishita, and many of them make their original warishita using a secret recipe handed down from their predecessors. 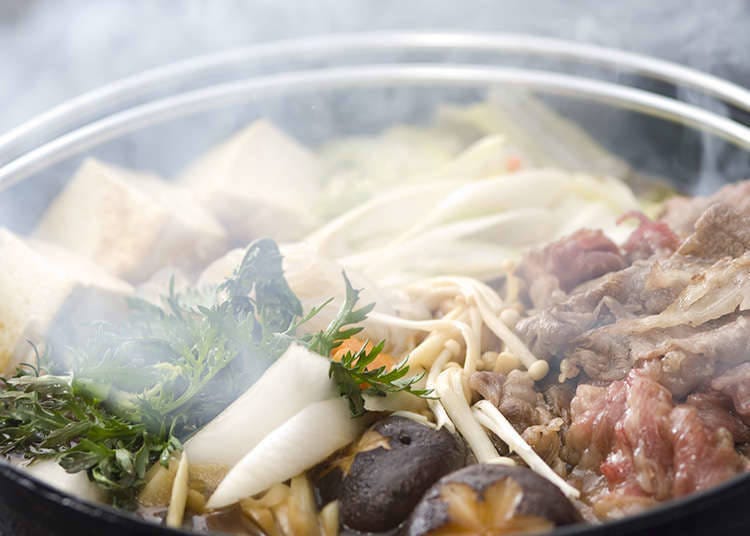 The recipe and taste of sukiyaki varies depending on the region. In the Kanto region, warishita is poured in a pot first, and beef is put in later. In the Kansai region, after grilling the beef in the pot, sugar and soy sauce are added in, and warishita is rarely used.

Look up establishments by Sukiyaki
*This information is from the time of this article's publication.
*Prices and options mentioned are subject to change.
*Unless stated otherwise, all prices include tax.