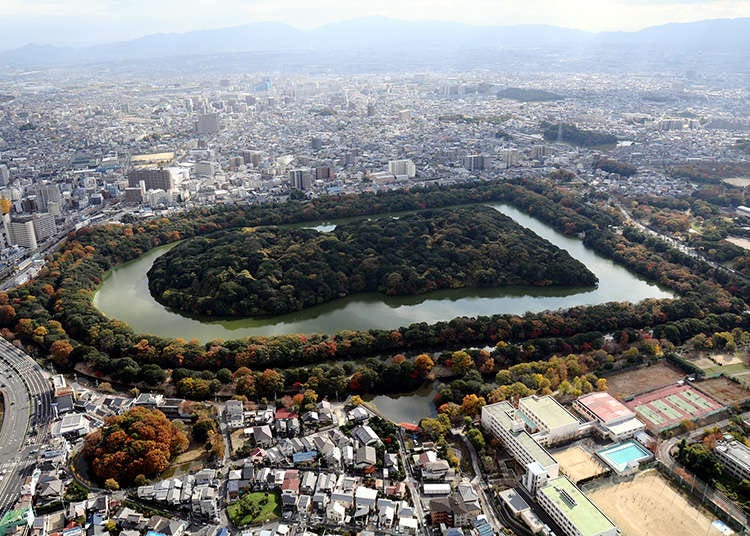 Kofun (ancient burial mounds) are tombs that those in power such as emperors, empresses, baronial families and chiefs of local villages used to build from the 3rd century to the 7th century. Many ancient burial mounds are left in all over Japan particularly in Kansai region.

Look up establishments by Historic Tombs 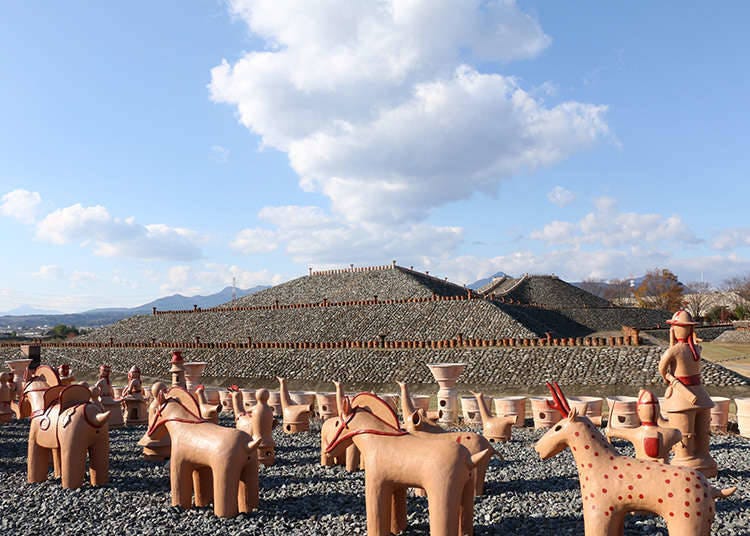 Many kofun were built in Japan from the second half of the 3rd century to the 4th century. Back then, Japan was not unified and people in power called "gozoku" (powerful family or clan) from various areas were competing one another in a power struggle. Each gozoku built a large ancient tomb to show off their authority. Later on the burying method changed from burial to cremation due to the rise of Buddism along with the change of regime, which caused the cessation of kofun in the end of 7th century.. The period from the 3rd to the 6th century when many kofun were built is named the "Kofun period" (250 AD- 538 AD), after these burial mounds. 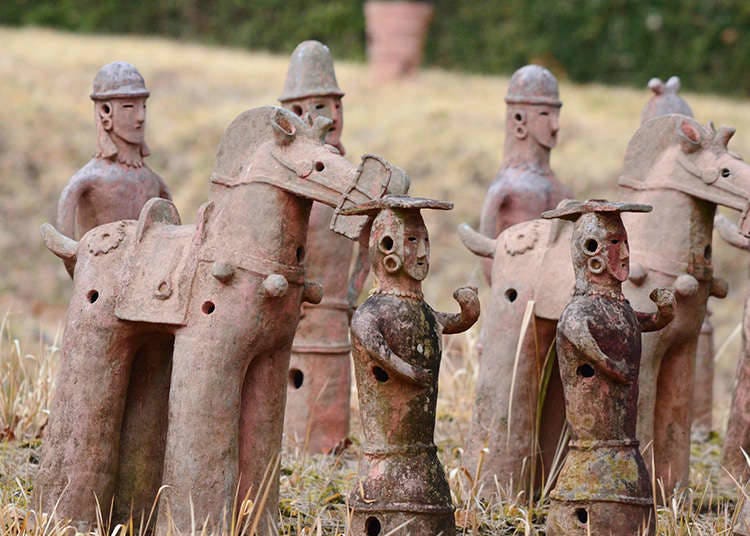 Many ornaments were buried inside kofun. Typical ornaments were copper mirrors, arms like swords and armour and earthenware ornaments. Haniwa (terracotta clay figures) with shapes of humans and horses and cylindrical shaped earthenware were also buried together. The more grave goods there were, the more powerful the person was considered to be. 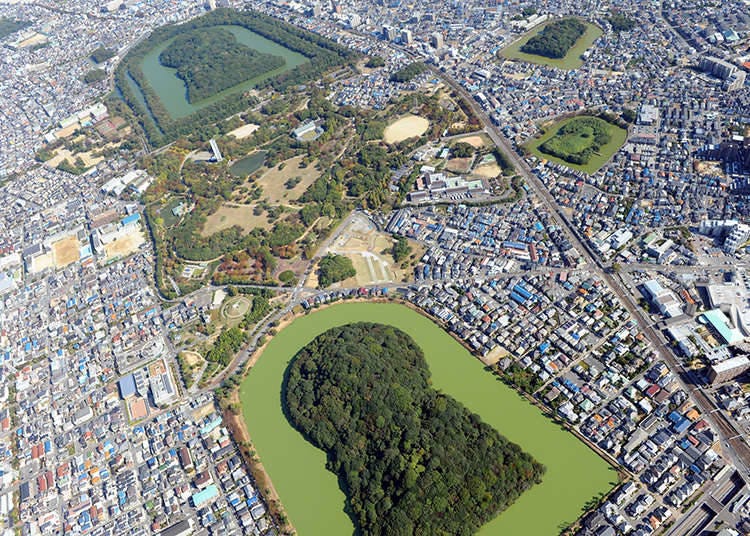 The biggest kofun in Japan is Daisenryo Kofun (Emperor Nintoku's kofun) located in Sakai city in Osaka, the area is 470 thousand square meters including the moat. The second and third biggest kofun are also located in Osaka, which shows that many powerful families used to live in the Kansai region. 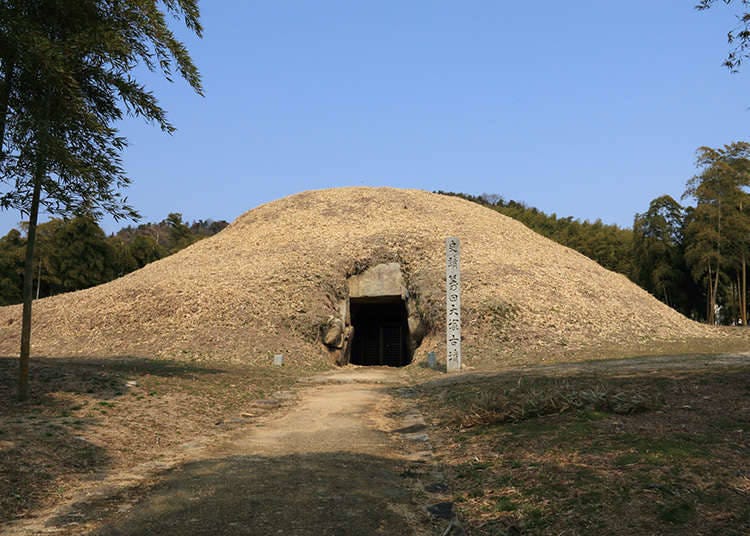 A famous shape among kofun is circular-shaped in the rear with a rectangular front. It looks like a keyhole. Daisenryo Kofun (Emperor Nintoku's tomb), the biggest ancient tomb, also has this shape. Other shapes are circular-shapes, rectangular shapes, octagonal shapes and carriage shapes. 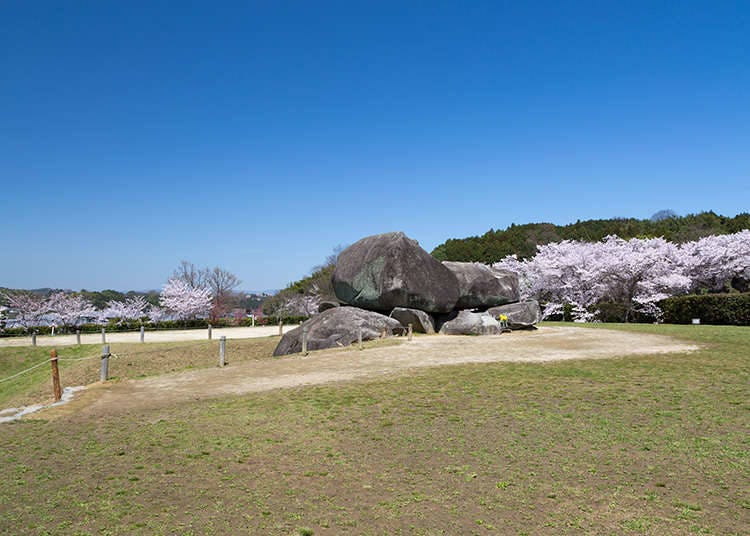 In order to build the Daisenryo kofun, the biggest tomb, it is said that 2,000 people had to work for 8 hours every day and it required 16 years to finish building. In old days wooden-made and iron-made suki (Japanese spades) were used during the work. And the total cost is said to be the equivalent of 80 billion Japanese yen (around 700 million US dollar) today . 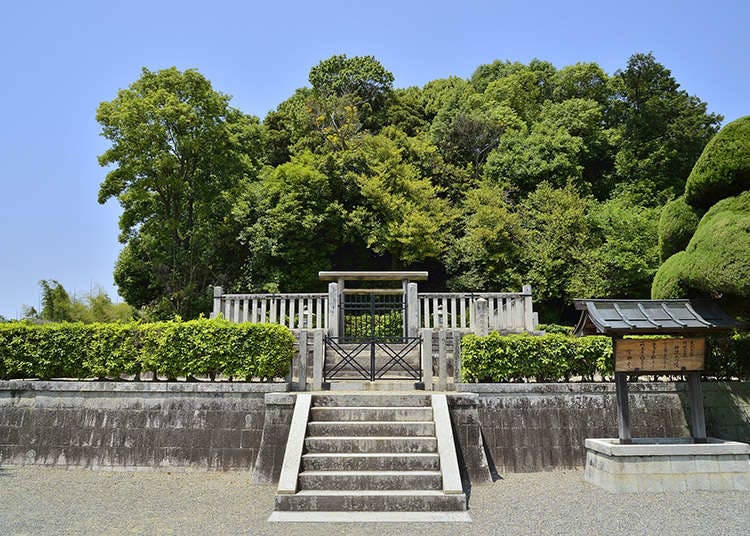 The highest number of kofun is in Hyogo, where there are 16,577 tombs. Next is Chiba, Tottori, Fukuoka and Kyoto. All over Japan, there are still 161,560 kofun left.

Look up establishments by Historic Tombs
*This information is from the time of this article's publication.
*Prices and options mentioned are subject to change.
*Unless stated otherwise, all prices include tax.