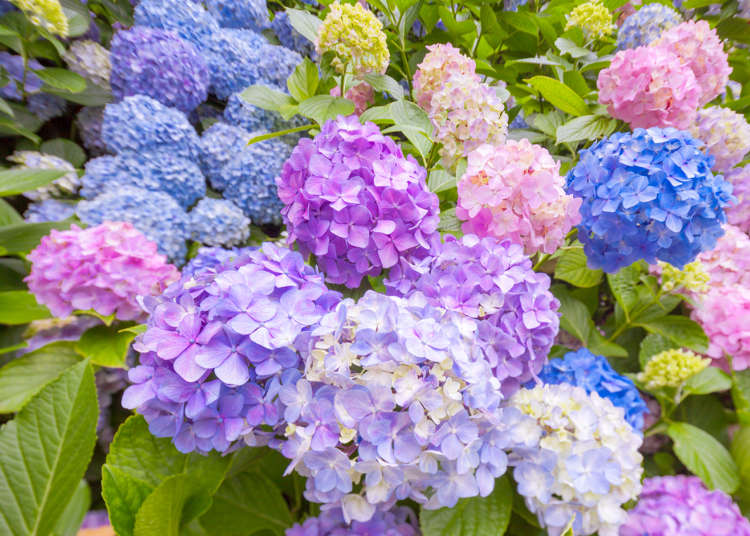 When hydrangea begin their bloom, their color gradually from changes white to light green to purple. Meanwhile, Japanese iris cultivation was popular in the Edo period and the flowers were also often painted in ukiyo-e, traditional woodblock prints. These flowers bloom in white, purple, blue, and yellow colors, glistening beautifully when it rains.

Here we list 5 spots in Tokyo where you can enjoy these particularly beautiful summer flowers! 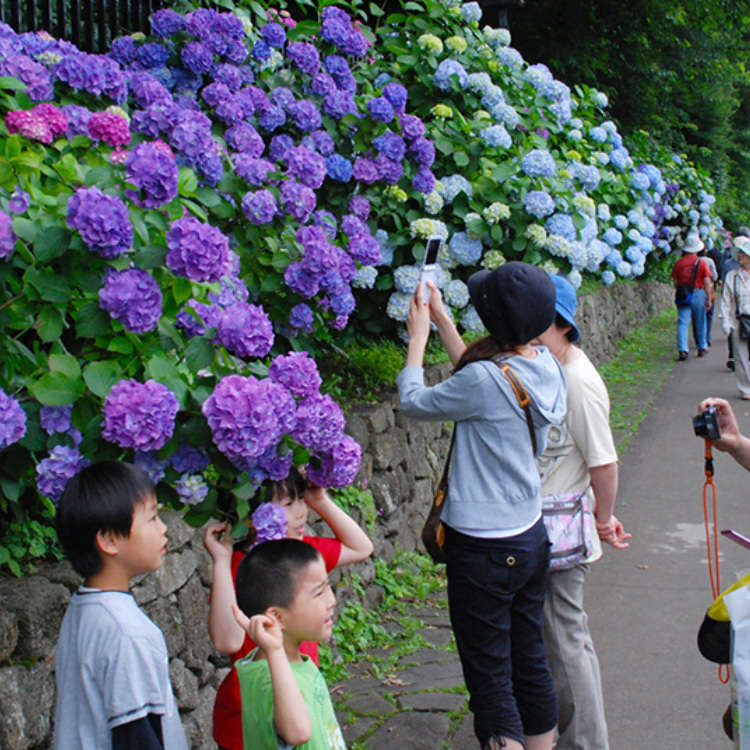 Although known for being a famous sakura cherry blossom spot since long ago, hydrangeas also beautifully bloom in June at this park.

Hydrangeas grow on the east side of Asukayama Park, 1,300 of the plants blooming along "Asukanokomichi," a narrow path along the rails of JR Oji Station. They are planted on the surface to the side of the path, so you can view them from up close.

Also, within Asukayama Park there are a museum that presents the history,nature and culture, in Kita-ku and a museum all about paper. 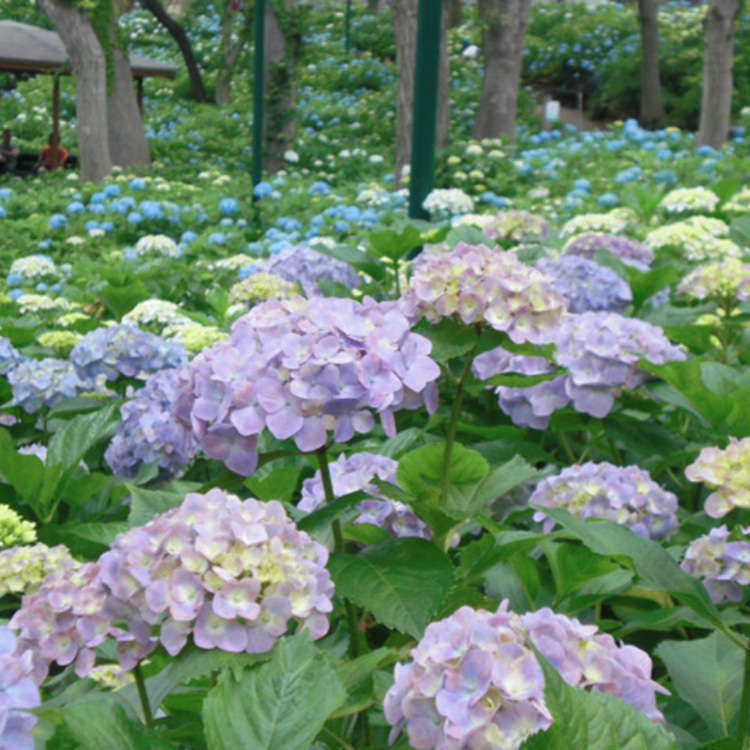 Boasting its position as being a prominent theme park within the metropolitan area, a ton of people visit Toshimaen to enjoy their water parks in the summer.

From the end of May to the end of June, the Hydrangea Park on the north side has yama-ajisai, amacha, blue sky, June bride, and around 150 total kinds of hydrangea blooming, with a total of 10,000 of them planted. 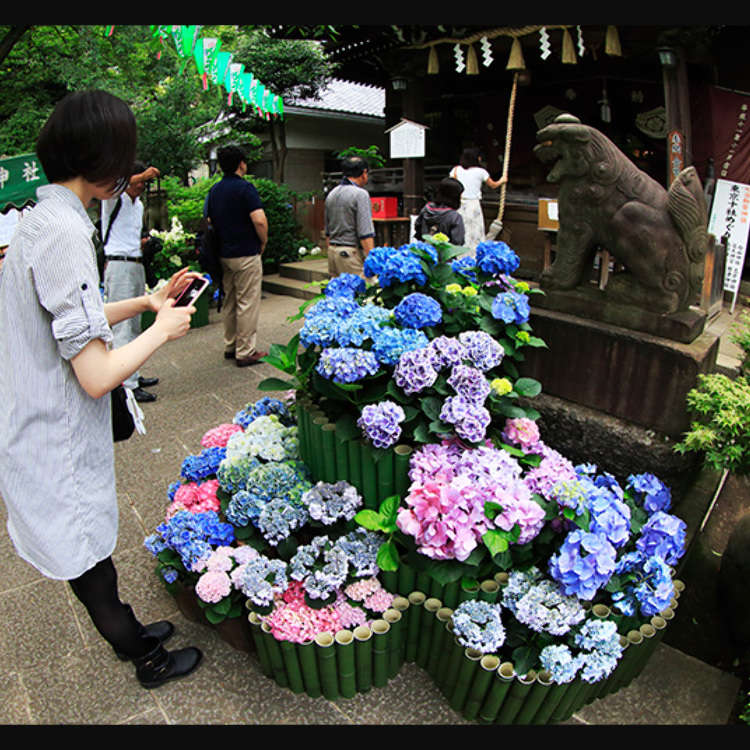 Hakusan-Jinja of Bunkyo-ku and the adjacent park Hakusan-Park has around 3,000 Ajisai growing, and from early June to mid-June, the Hakusan-Jinja Ajisai Festival is being held.

Apart from booths selling all sorts of beautiful hydrangeas, there are also many food stalls to be found, serving delicious snacks to the visitors. On the festival's Saturdays and Sundays, there are also various events taking place, such as small concerts.

Hakusan Shrine is famous for another particular thing: the shrine is believed to cure toothache, and on the 11th as well as on the 18th of June, both Sundays, a toothbrush memorial service is being held! 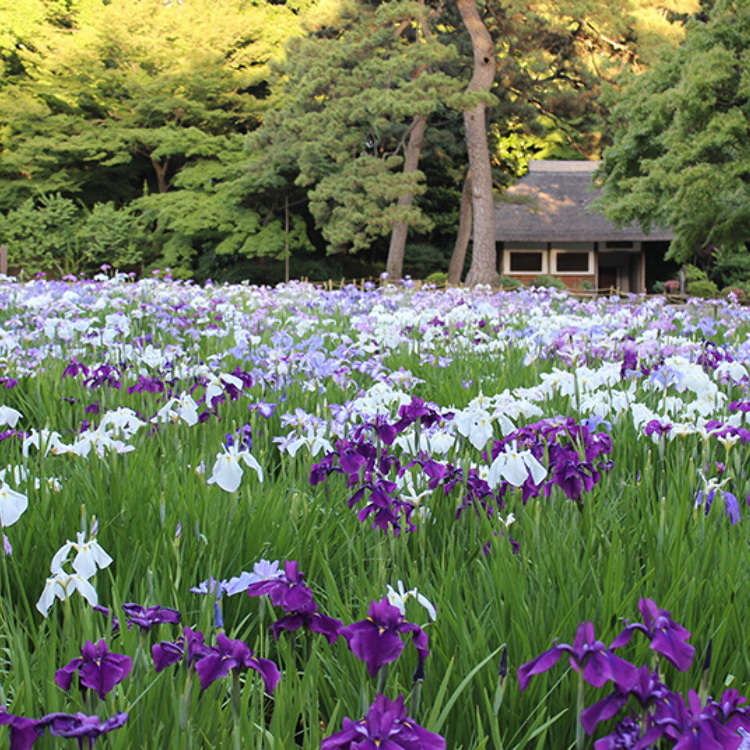 One of the most influential feudal lords of the Edo period (1603 ~ 1886), Tokugawa Yorifusa commissioned a Japanese garden in 1629 that was then completed by his son, Tokugawa Mitsukuni. Today, the beautiful garden is under the management of the City of Tokyo.

In the 70,000 square meters of the vast park blossom various seasonal flowers; the around 700 Hanashobu, Japanese irises, blooming from the end of May to mid-June are an especially beautiful sight to behold.

The wooden footpath that was built during this period lets visitors experience the flowers from up close. Right next to the garden lies Tokyo's very first roofed stadium, Tokyo Dome. 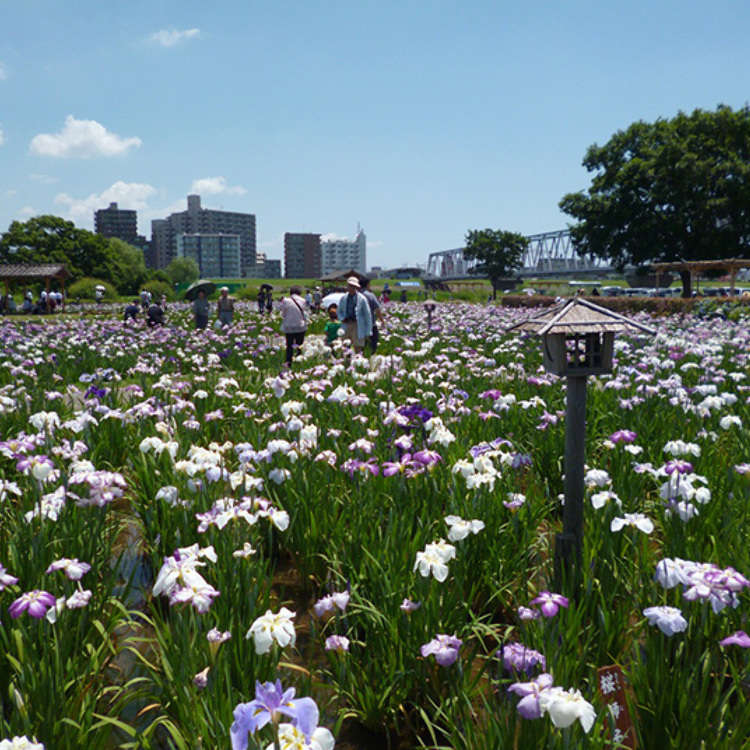 On the banks of the Edogawa River, flowing through the same-named district of Edogawa-ku, lies Koiwa Iris Garden, or Koiwa Shobuen.

The 50,000 irises that blossom here between late May and June have become a metropolitan attraction. The many irises were donated by local residents one after the other and Edogawa-ku has slowly expanded the park until it became a full circle style garden. This round shape is one typical form of Japanese garden, created to allow visitors to appreciate the garden in its entirety by being able to circle it completely.

Feel free to stroll along the circle path leisurely and enjoy the magnificent sight of a sea of blue irises.

Where to Go to See Flowers in Japan during Any Season!
*This information is from the time of this article's publication.
*Prices and options mentioned are subject to change.
*Unless stated otherwise, all prices include tax.