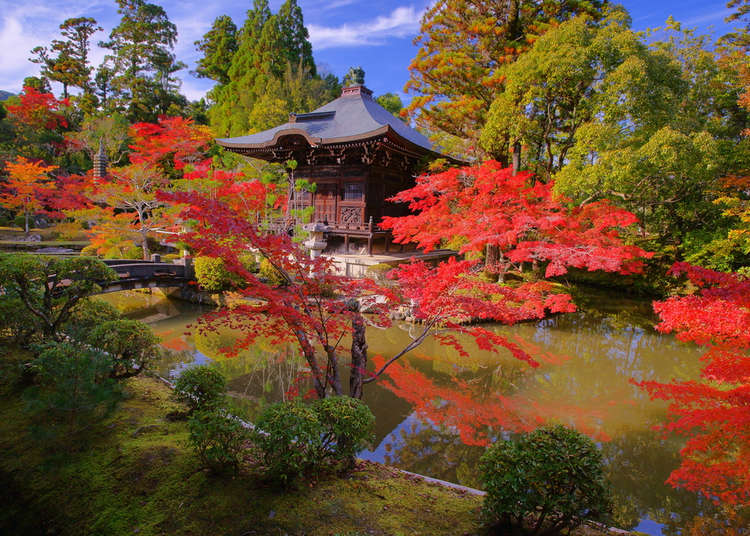 Japanese Gardens - From the exotic to the meditative

There is no denying that gardens in any country are beautiful, and Japanese gardens are no exception! In general a Japanese garden makes use of its own natural qualities, and due to their meditative aspects it will come as no surprise that some of the most famous gardens in Japan can be found around temples. There are different styles of gardens that have been perfected over centuries and it somewhat goes to show how popular they are by the fact that nowadays Japanese gardens can be found around the world. Probably a popular conception of the design of a Japanese garden is that of the rock garden, which Zuisenji Temple in Kamakura is a great example of. But another kind of Japanese garden which is probably embedded in popular culture is that of the beautiful snow covered garden seen at the end of the movie Kill Bill Vol 1! 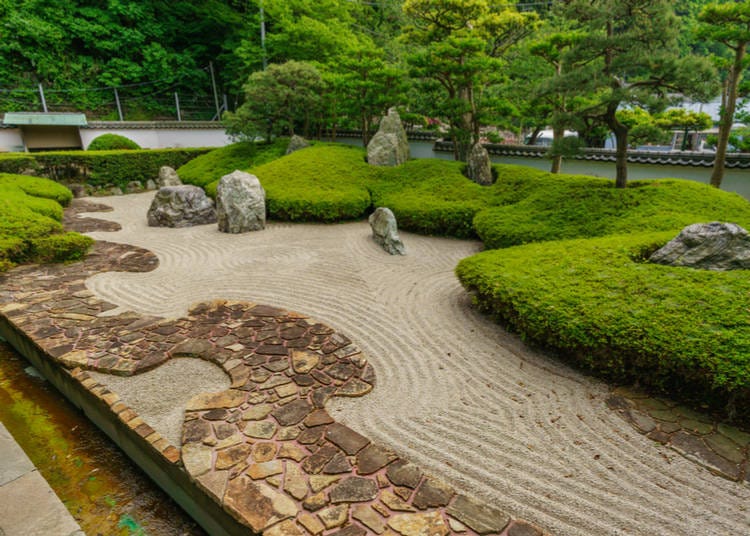 Japanese gardens start to appear in historical records over 1,300 years ago. They first appear in the historical record as pleasure gardens for the emperor and nobles, and two Japanese gardens have been excavated in Nara which date back to the 9th century. By the 11th century Imperial gardens were also incorporating a clear area of white sand or gravel; which represented purity. It is also at this time that water gardens were in vogue. From the 12th century to the 16th century Zen gardens started to appear following the introduction of this new form of Buddhism from China. Many examples of these gardens which date back to this era and before can be found in Kyoto. It was also during this time that tea was introduced to Japan and the Tea Ceremony developed, this also led to the creation of special Japanese tea gardens for teahouses. Leading up to the 19th century many gardens had become neglected, but were designated as national parks and restored. 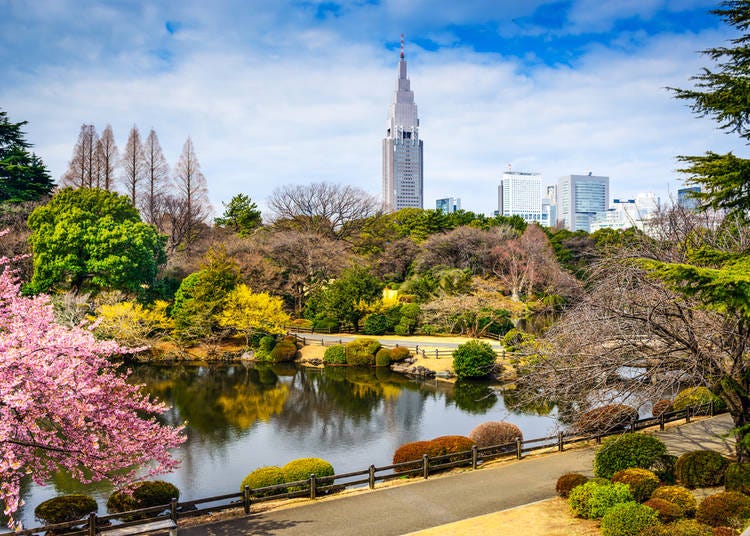 Today gardens of all kinds can be found across Japan, with modern gardens taking inspiration from various styles of Japanese gardens that were developed over the past 1,300 years. For example Shinjuku Gyoen in Tokyo incorporates three different gardens, a traditional Japanese garden as well as a French Formal garden and an English Landscape garden. Other notable gardens in Tokyo include the 17th century Koishikawa-Korakuen which is believed to be one of the oldest in the Tokyo area, and Chinzan-so which dates back to the 19th century. Koishikawa-Korakuen has a pond in the middle of the garden, and the whole garden has been carefully designed so that there is different scenery throughout it. In contrast Chinzan-so has historical treasures placed around the garden such as stone lanterns, a 1,000 year old pagoda and other Buddhist artifacts.

The Varying Aspects of a Traditional Japanese Garden 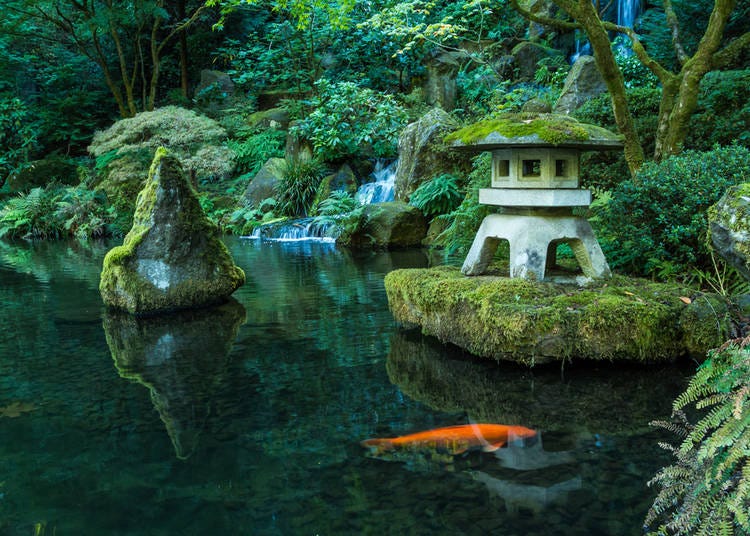 A Japanese Garden That Incorporates a Stone Lantern, a Waterfall, a Pond with Koi and Rocks.

There are different elements that make up a Japanese garden, for example rocks are used symbolically to represent mountains or islands, etc, and quite often rocks are thoughtfully placed in conjunction with water in order to represent Ying and Yang. The importance of rocks, and gravel or sand, is especially important to Zen gardens where the clear area of gravel or sand represents purity. In the final fight scene of Kill Bill Vol 1 you can see another important element of Japanese gardens, that of stone lanterns; a stone lantern represents the five elements of Buddhist cosmology and is a popular addition to a Japanese garden design. In the fight scene you can also see a wooden ladle behind one of these characters indicating that another important element of a Japanese garden has been situated there – that of a stone basin with water and a ladle for visitors to wash their hands. Water is also an important element for a garden, as mentioned before it can be used together with rocks to represent Ying and Yang. Often a garden will have a pond or a small waterfall, while a dry rock garden might use white sand to represent a river.

The Essential Component of a Japanese Garden – Plants! 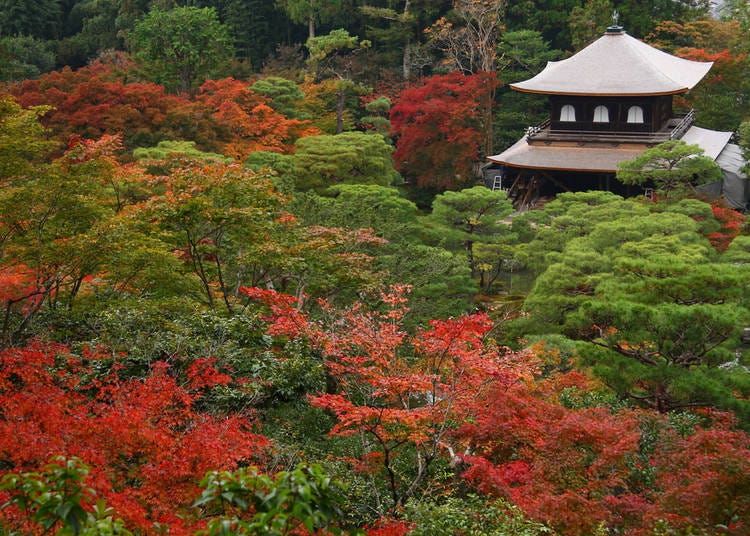 When talking about Japanese gardens, whether a rock garden or a tea garden, there is one point that absolutely can’t be missed out, that is the plants themselves. Japanese Holly is probably one kind of shrub which is very recognizable; they tend to be shaped in many different ways such as in a spiral or with a ball of green at the end of each branch. In terms of trees both red pine and white pine are popular choices; the red pine’s leaves are needle like and provide a great contrast to other trees with a traditional shaped leaf. A more low-key popular choice is the humble moss plant. In Japan this is most typically exemplified by the infamous moss garden of Kokedera Temple in Kyoto. To create your own Japanese garden requires a lot of thinking about which plants to choose, as depending on the style of garden that you want the plant choice will be very important.

It says something about how Japanese gardens are associated with meditation and beauty that many have appeared in movies and TV programs, as well as been replicated around the world. Even in countries on the other side of the world like the UK have Japanese gardens, or in Canada there is the Nikka Yuko Japanese Garden. Just like a Bonsai tree a Japanese garden is a work of art, with every small detail carefully planned from the smallest rock and plant to the biggest tree or building. An in-depth description of Japanese gardens, and the different kinds of Japanese gardens would be quite an undertaking, but any visitor can visit Japan, go to a garden and just be aware that nothing they see is haphazard. It is definitely recommendable to check out the background of the Japanese garden designer if you visit a park or garden to get a better insight into that particular garden. Everything in a Japanese garden has a symbolic nature.

[MOVIE] Happo-En: The Garden of Eight Views
Step Into Another World: Beautiful Japanese Tea Houses & Gardens
Mori Garden
Kyu-Furukawa Gardens
*This information is from the time of this article's publication.
*Prices and options mentioned are subject to change.
*Unless stated otherwise, all prices include tax.