HOME Tokyo and Surroundings Tokyo Tokyo Station What The Heck Is A 'PET Bottle'? Deciphering the Most Confusing Japanese-English Words 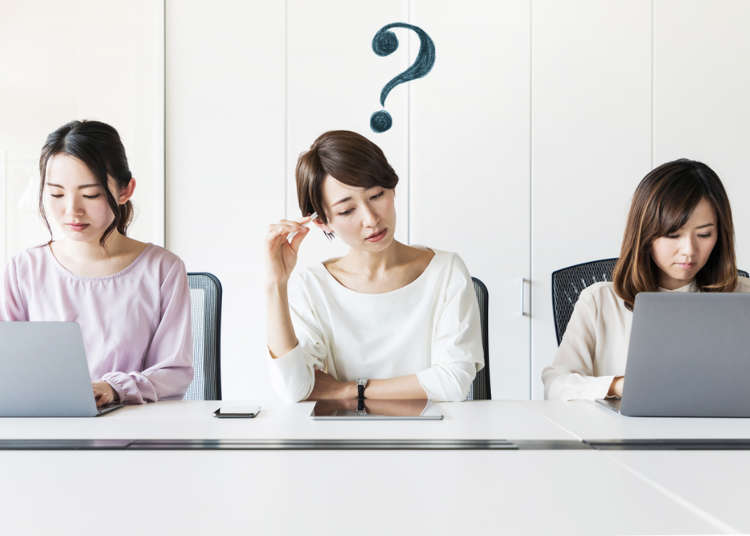 What The Heck Is A 'PET Bottle'? Deciphering the Most Confusing Japanese-English Words

Many of the widely used Katakana phrases in Japanese now are indisputably of English origin. Nevertheless, some of these words are not actually English, but 'wasei-eigo' - a mixture of Japanese and English. These words often cause confusion for foreigners.

So what wasei-eigo words are commonly used by the Japanese, and what do they really mean? Let's take a look! 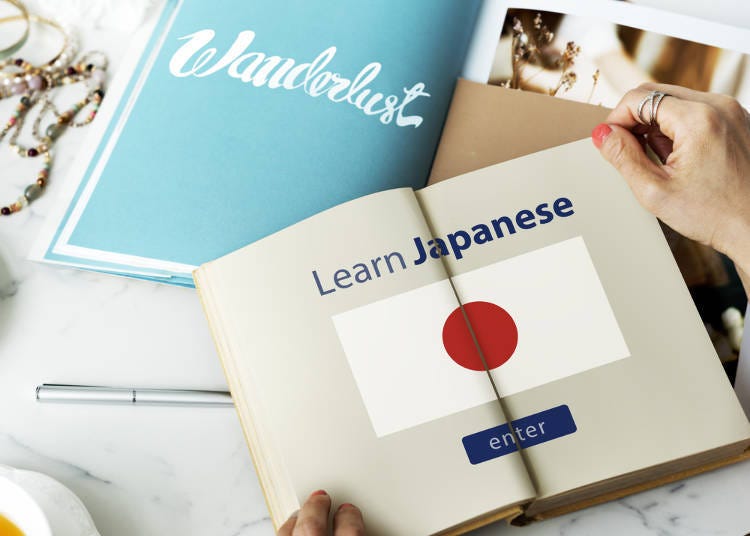 Wasei-eigo refers to original Japanese words that are based on English words. Most of them are written in katakana, such as renji (microwave oven), consento (electrical outlet), baikingu (or sometimes spelled 'Viking') (buffet).

The thing about these words is that most Japanese believe them to be actual English words and they certainly do sound similar to them or to some abbreviations. This means that while Japanese people have no problems using it among each other, foreigners often have no idea what the Japanese mean when they speak to them while using such words.

Now exactly which words do such problems occur with? We spoke to some foreigners to hear more about it. 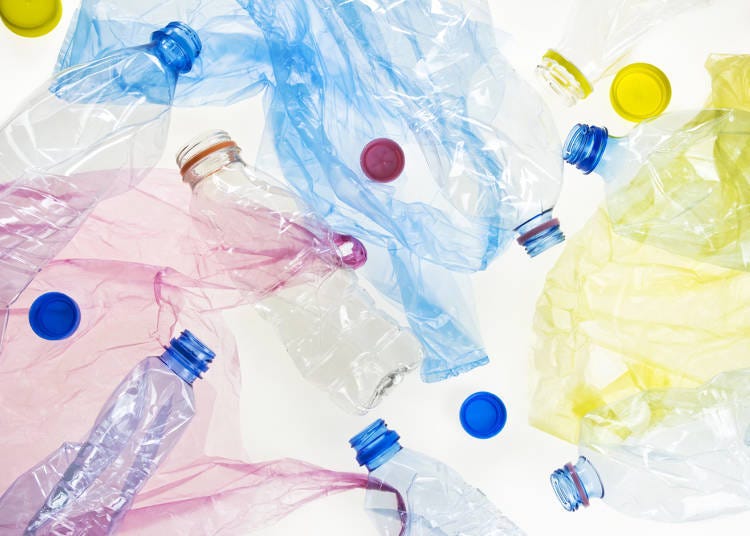 “We don’t call them PET bottles in America. I didn’t get it at first, but eventually I realized they were referring to plastic bottles.” (American, Female, 30)

Plastic bottles are widely used among the Japanese. The word “PET” is written on the recycling label of these bottles, which gives these bottles their namesake and while it SOUNDS English, it is anything but. PET is actually an acronym of polyethylene terephthalate, and while the word exists in English, it is often pronounced as an initialism. Most foreigners would thus have the image of a bottle as a pet when they hear the phrase.

“Also, ‘vinyl’ is the thing plastic bags are made of, right? Why’d they have to use such a difficult word when you can just call it a plastic bag? It’s really strange.”

Another word that is widely used in Japan. Strangely enough, the Japanese don’t think of the word as a particularly complex one. Some of them don’t even know that “vinyl” refers to the bag’s material.

Getting something for free? Consider it a “Service” 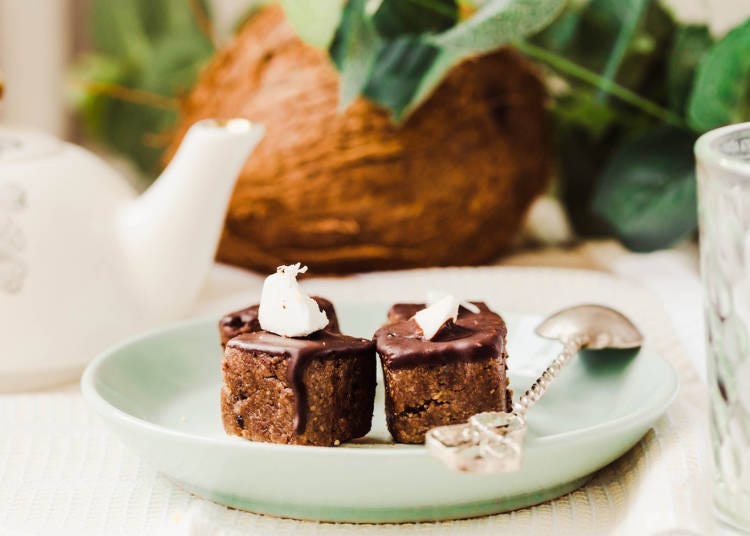 “In Japan when they say ‘sābisu shimasu’ it means they’ll do it for you free right? I was pretty surprised when I first heard it cause that’s totally not the case in English.” (American, Male, 30)

“The word ‘service’ is also used in China. We Chinese really like free stuff, so we’re A.O.K. with the Japanese version of the word (laughs). But since the word in English just means to offer something, it’s important to attach the word ‘free’ if you’re using it.” (Chinese, Male, 30)

In English, the word “service” itself does not mean “free-of-charge”. However, in Japan the phrase often includes the nuance of receiving something for free. It is because of this that Japanese people often misunderstand that they are getting something for free whenever someone tells them they provide a “service”.

The wrong kind of take-away from the word “Takeout”

“In Japan they call take-away ‘takeout’, right? In English, that usually means ‘a guy taking a girl out on a date’. Is that really the same thing as take-away…? (chuckles) I started questioning why they called it that way.” (Australian, Male, 30)

When you want to take your food elsewhere in fast food restaurants, you normally say “to go” or “take away”. In Japan, however, they call it “take-out” and while it might confuse most foreigners due to the ambiguity of the phrase, using other words like “to go” will likely confuse the poor cashiers, so do use “take-out” instead. 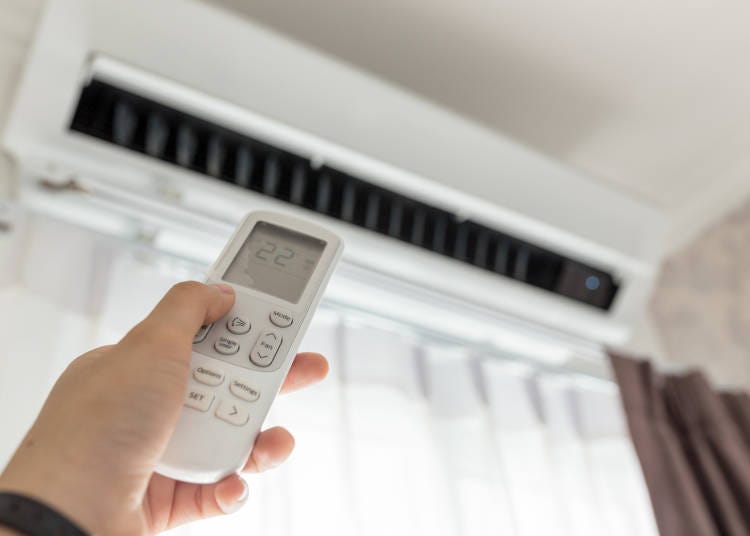 “I often get confused due to how many commonly used Japanese words are just shortened versions of English words like ‘Pasokon’, ‘Rimokon’, or ‘Eakon’. There are some Japanese who believe them to be actual English words too.” (Spanish, Male, 40)

Originally, the words “Pasokon”, “Rimokon” and “Eakon” referred to “personal computer”, “remote controller” and “air conditioner” respectively. In Japan, words are often abbreviated for ease of communication. Some examples include fakkusu, akuseru, and apāto. The actual words, however, are “facsimile”, “accelerator”, and “apartment”. If you one day come across a word that you really don’t understand, but it feels like a shortened version of a word, try thinking out of the box and decipher the code!

Making up words for Make-up 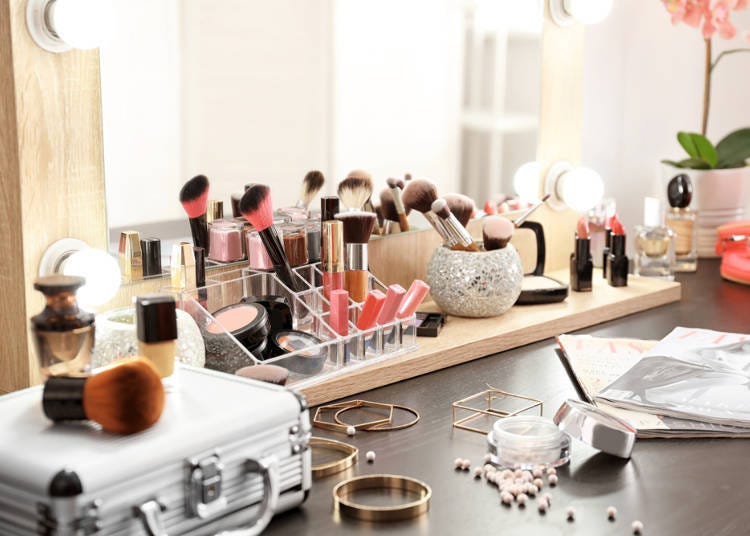 “Cosmetics in Japan are called ‘keshōhin’ in Japan, but it’s really cute how they shorten so many of the words like ‘rippu’ from lip balm!” (Indonesian, Female, 20)

For words like “blush”, Japanese call it “cheek” in reference to the area you apply it on. Even though words like “eyebrow” and “concealer” are pretty much the same both in Japanese and English, why only “blush” was changed is a mystery even to the people here. 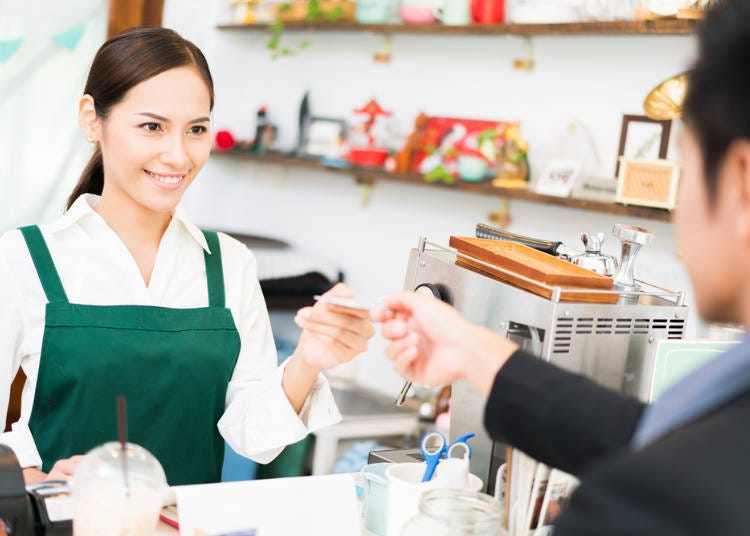 “Once, I got stuck in a conversation with a Japanese when they used the word ‘arubaito’. The word ‘Arbeit’ means a proper full-time job in German, but here in Japan it just refers to a ‘mini job’.” (German, Male, 30)

“Arubaito” is falls completely under wasei-eigo, with the original being the German word “Arbeit”. The word in Japan means the same as the English word “part-time”, and while the image of “part-time” is usually a short period of work, in Japan part-time jobs even include those which require working 5 days a week, 8 hours a day.

Other than “part-time work”, Japan has other forms of employment including “pāto”, contract employee, and regular employee. However, the classification is not really strict, and often changes depending on the wages, working conditions, and even the context in which you’re using the word.

Even if it sounds English, remember it as Japanese! 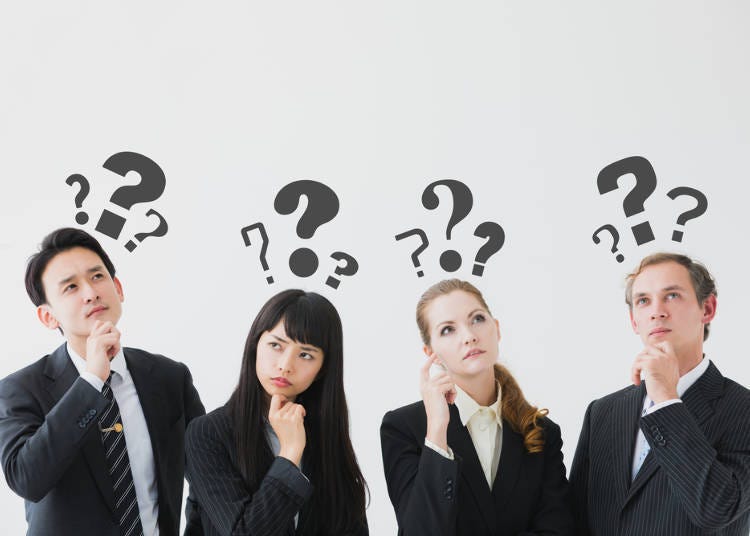 Japanese normally think of foreign words when they encounter katakana, so many are mistaken about the English meaning of the words, to say nothing of the intonation. English-speaking foreigners are thus prone to confusion when faced with these phrases.

Nevertheless, these words are essentially Japanese and it would be wise to treat it as such. As a bonus, you could also kindly let the Japanese speaker know that the word isn’t English, but actually wasei-eigo.