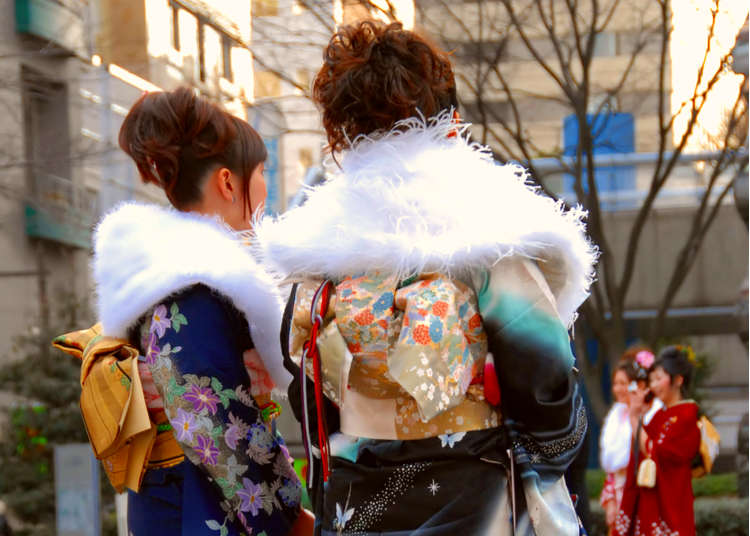 Right after the long-lasting Japanese New Year’s celebrations that tend to span over the course of several weeks, young Japanese all over the country look forward to yet another very unique celebration. On the second Monday of January every year, Japanese offices, schools and universities stay closed to welcome a whole age group of young people into adulthood. Join as we share all about this special Japanese holiday in January!

What is celebrated on Japan's Coming Of Age Day (Seijin-no-hi)? 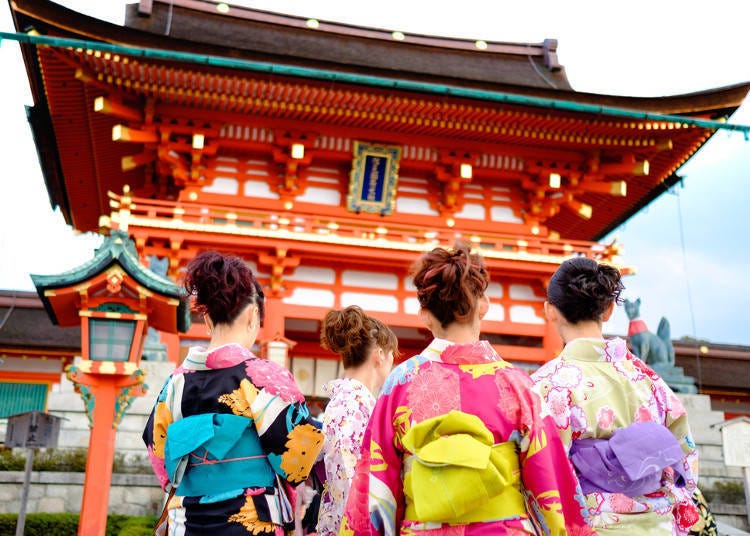 Pretty much every culture has its own coming of age rites and celebrations. Some honor the idea of a maturing body and mind, others celebrate as soon as someone reaches legal age in accordance with the country's legislation. Japan is part of the latter: the legal age in Japan is twenty, so from their 20th birthday on, citizens are allowed to consume alcohol. Incidentally, from their 18th birthday on, they are allowed to vote, drive a car.

This disappearance of legal boundaries is reason to celebrate - every teenager looks forward to the day when they can buy beer in a supermarket, proudly showing their identification to the cashier. Japan's youth is no different, but the way the country initiates its new members into adult society certainly is. 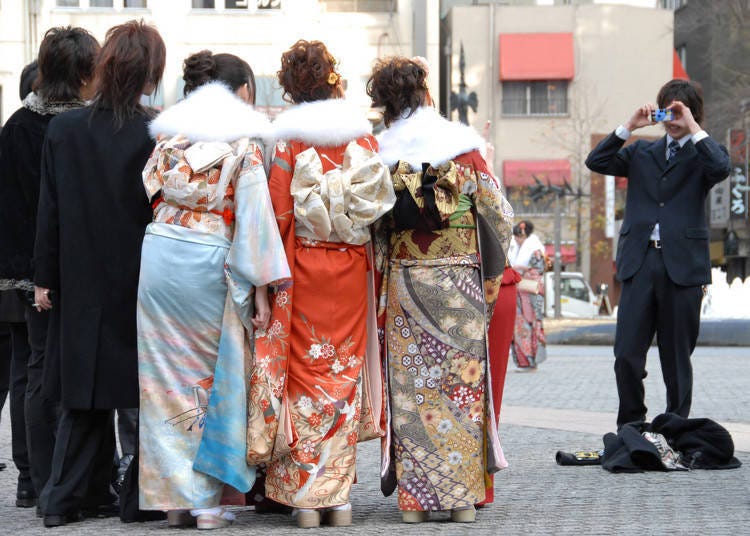 On Coming of Age Day, or ‘seijin no hi’ in Japanese, people who turned or will turn twenty years old between April of the previous year and April of the current year celebrate their passage into adulthood.

The custom dates back to the 8th century, when a Japanese prince dressed in completely new robes and cut his hair to an entirely new style to show his maturity to the public. This royal gesture inspired the country's youths to celebrate their own maturity in a similar way. 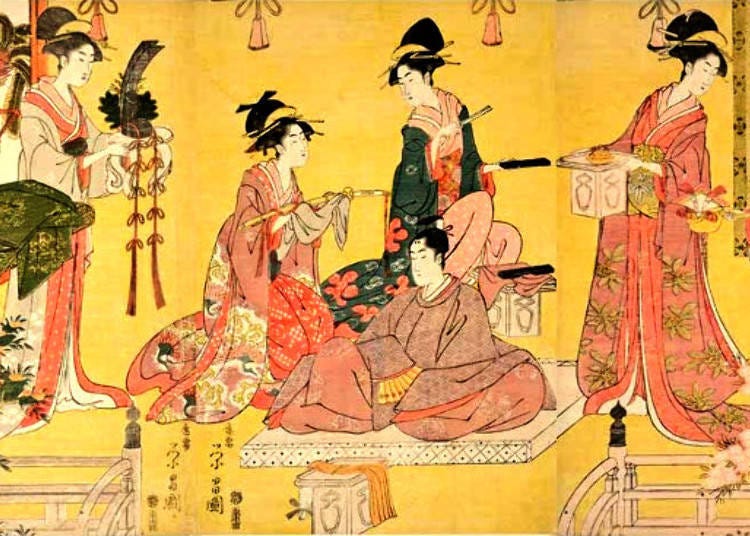 The way this passage was celebrated and expressed changed throughout the centuries. During the Edo period, male teenagers started carrying swords openly to show that they had grown into adults. Young women, on the other hand, adopted a custom at the end of the 19th century that was primarily done by married women during the Edo period: ohaguro, the custom of dyeing their teeth black. These black teeth didn’t only express their maturity but also their personal freedom.

In 1876, the legal age was set to twenty and thus, becoming an adult suddenly had a formal date. While swords and black teeth have fallen out of fashion, today's practice of celebrating one's passage into adulthood resembles the prince from the 8th century once more.

Long Sleeves, a Symbol of Maturity: The Furisode Kimono 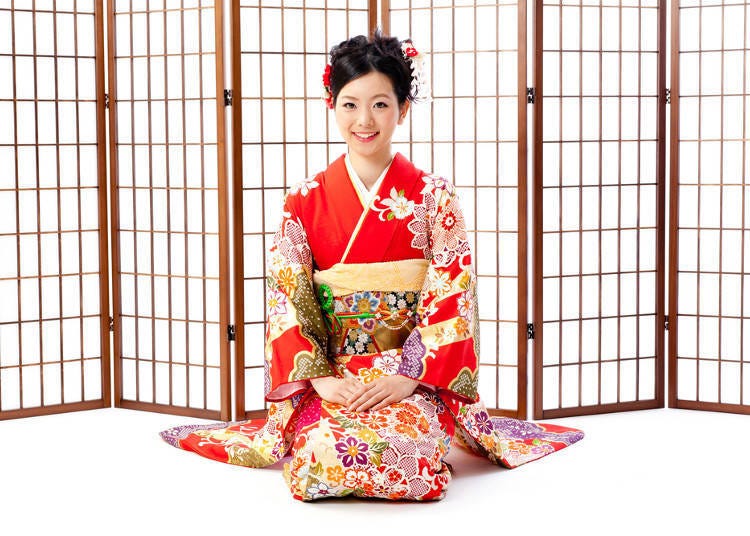 Young women don a special type of kimono that is called furisode. This garment has exceptionally long and elegant sleeves and ranks as the most formal among all kimono styles. This long-sleeved kimono signals that the wearer is available for marriage, being both single and an adult.

As such, the furisode is the common garment to wear for women during the coming of age celebrations. Interestingly enough, the furisode was worn by both underage girls and boys before the 20th century, being a completely gender-neutral kimono that meant the complete opposite: the furisode-wearing youths didn't see themselves as adults yet.

What Do Men Wear on Coming of Age Day: Suit or Hakama? 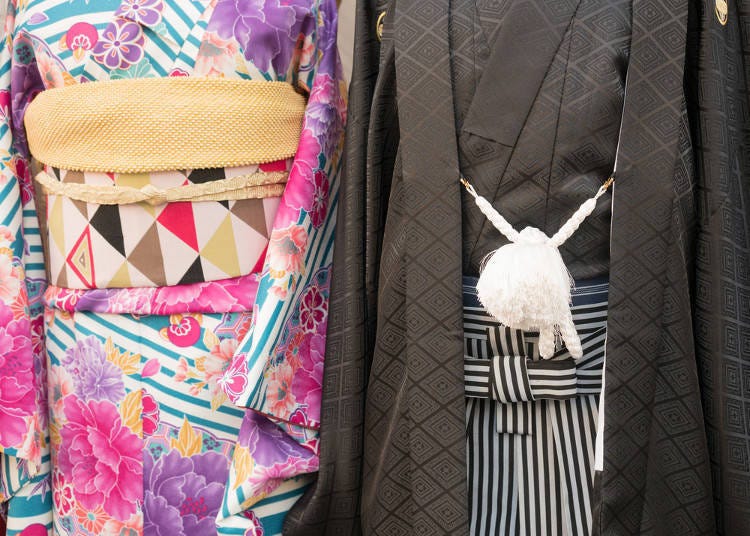 Young men, on the other hand, have the choice between wearing a western-style suit or a hakama. Paired with an elegant kimono, these ankle-long, wide pants were the standard garment for men before the arrival of Western fashion.

Today, hakama are mostly worn for festive and formal occasions, as well as by practitioners of martial arts, such as Aikido, Kendo, Iaido and more. 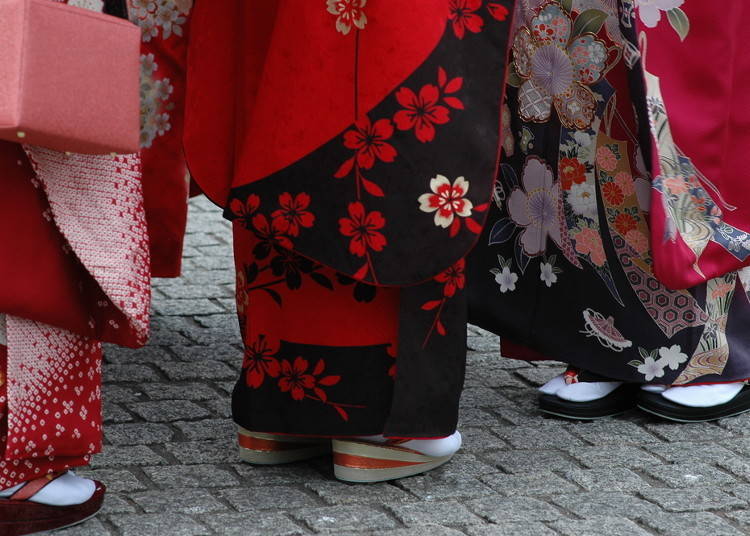 Throughout Japan, municipal governments host coming of age ceremonies called seijinshiki. Everyone who turns twenty between the last and the coming April receives a formal invitation. Actually, these ceremonies cannot be entered without these formal invitations which registered non-Japanese nationals who turn twenty while in Japan do receive as well, by the way.

The ancient city of Kyoto hosts a very special kind of event on the Sunday before the actual Coming of Age Day. In a marathon called Ōmato Taikai, thousands of young women showcase their adulthood by practicing patience and self-control with Kyudo, an ancient form of Japanese archery.

The Benefits of Adulthood 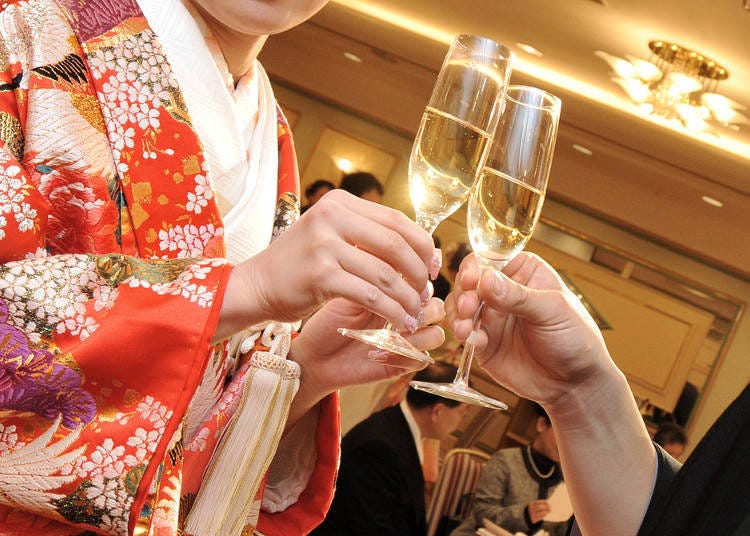 After the formal part, which usually includes speeches and well-wishings by the municipal officials, the fresh adults celebrate the way that most young people all around the world can relate to: making use of their newly gained freedoms.

A lot of get-togethers with old elementary and middle school friends happen on this day and it is not uncommon at all to see a gleeful group of well-dressed young Japanese touring the local pubs.

Coming of age celebrations in Japan aren't only about the legal age. The young adults are encouraged to take an active and responsible role within society, to embrace both the new freedoms and the responsibilities. It is only fitting that the formal celebrations are followed by the joyful and happy get-togethers of friends and family - aren't these the two sides of adulthood after all?

Winter Sightseeing: 7 Ways to Enjoy Tokyo in Winter
Threads of Tradition: All About Japanese Kimono
All About Kimono: Designs, Patterns, Where (and How) To Buy!