HOME Ohaguro: The Beauty of Blackened Teeth in Old Japan 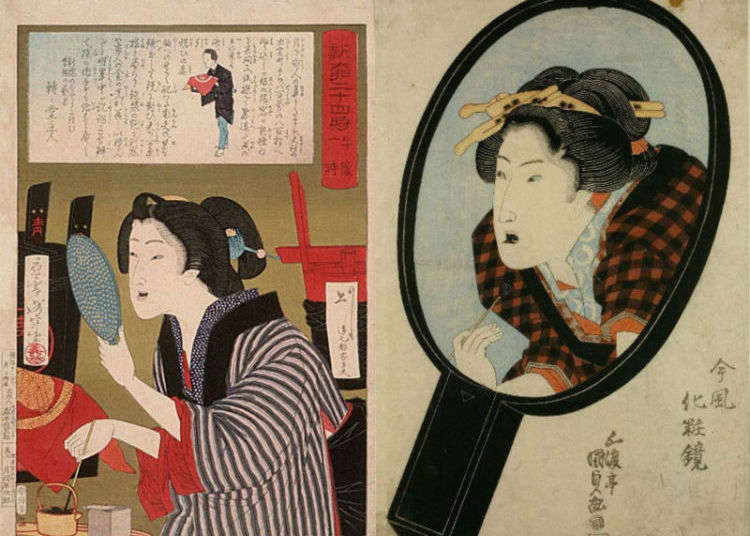 When you think of a smile, what immediately comes to mind? Most likely a set of lips parting to show bright white and spotless teeth, like the smiles we know from toothpaste commercials. Would you be shocked if the white teeth you were expecting were actually... pitch black? Ohaguro, the Japanese custom of blackening one's teeth is an ancient one. Those who have come in contact with Japan’s culture and customs may have already heard about the pitch black smile of the women of days past–the tradition is indeed a rich one.

The History of Ohaguro 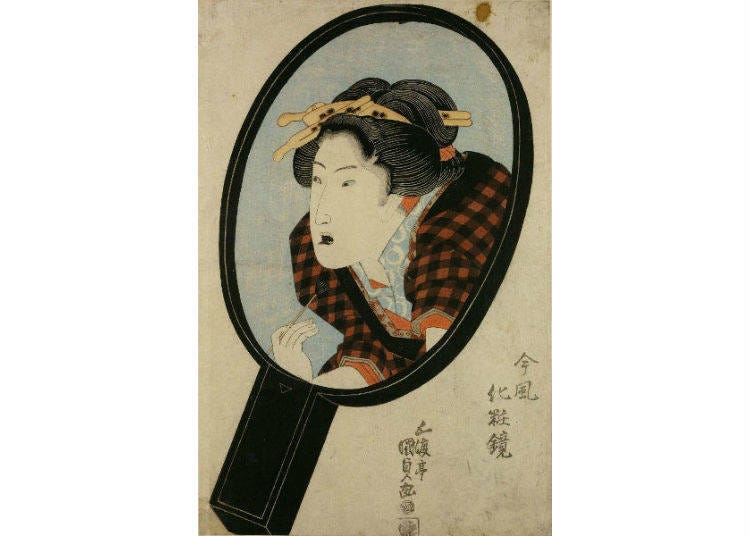 In Japan, the blackening of teeth can be dated back as early as the Kofun period. Excavated bones and clay figures, called haniwa, were found showing traces of blackened teeth, hinting at the long tradition of this custom. Throughout the history, ohaguro has been mentioned quite a bit. Whether in the famous Genji Monogatari, a book from the 12th century that is considered as the world's very first novel, or in various fairy and folk tales, the art of blackening one's teeth held a prominent place in Japan’s history for some time.

Who dyed their teeth black - and why? 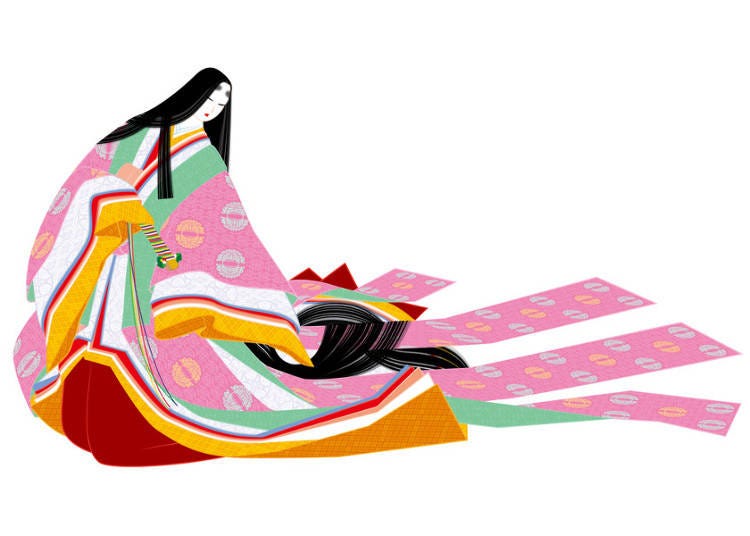 One of the main reasons for ohaguro is the fact that for hundreds of years, pitch black objects were regarded as immensely pretty - it is only natural that people wanted to get closer to what they deemed as beautiful, just like the process of having one's teeth bleached to appear more white is completely normal in modern days. Using a solution called kanemizu, made out of ferric acetate from iron filings mixed with vinegar and tannin from vegetables or tea, the custom was first used to celebrate someone's coming of age. Girls and boys, mostly around the age of 15, dyed their teeth black for the first time to show that they had become adults. Around that time, the End of the Heian period (794 to 1185) to be precise, ohaguro was also done by adult aristocrats and nobles regardless of gender on a daily basis. 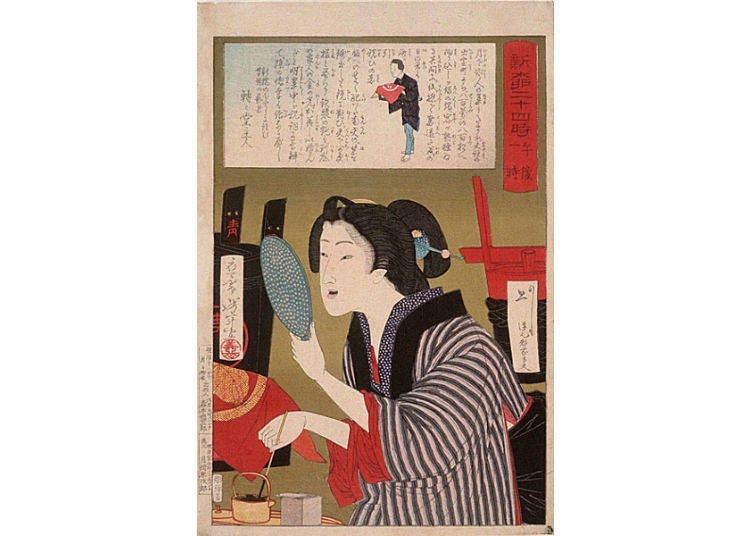 During Japan’s Edo period (1603 to 1868), ohaguro was mainly done by wealthy married women–but not exclusively. Some of the most prominent representatives of the black teeth practice are geisha. Even now, when walking the streets of Kyoto, Japan's old capital, it's not uncommon at all to meet a maiko with pitch black teeth. As you might now, during the end of the Edo period and the beginning of the Meiji era, Japan was visited by Western foreigners after almost 200 years of seclusion. Being used to Western beauty standards, many a visitor was shocked to see women with black teeth walking around. Some thought that the Japanese people had terribly bad mouth hygiene, mistaking the dye for actual tooth rot, while others, having realized that the blackening was done on purpose, wondered why Japanese women would "disfigure" themselves with ohaguro. A theory, stemming from that very time of the first cultural exchange, claims that ohaguro was done to prevent the woman from cheating her husband, and the black teeth were indeed used to make her less attractive. Modern Japanese social scientists dismiss this theory, though, stating that Japanese girls and women enjoyed a lot of liberty in their lives and stress the original tradition of ohaguro: to show someone's maturity.

Ohaguro was banned by the Meiji government in 1870 and the art of dyeing one's teeth was almost forgotten. Today, it can be seen in theaters, movies, or the aforementioned Kyoto, where geisha and maiko still roam the streets. Even today, Japan has not forgotten about this ancient beauty standard of black teeth. 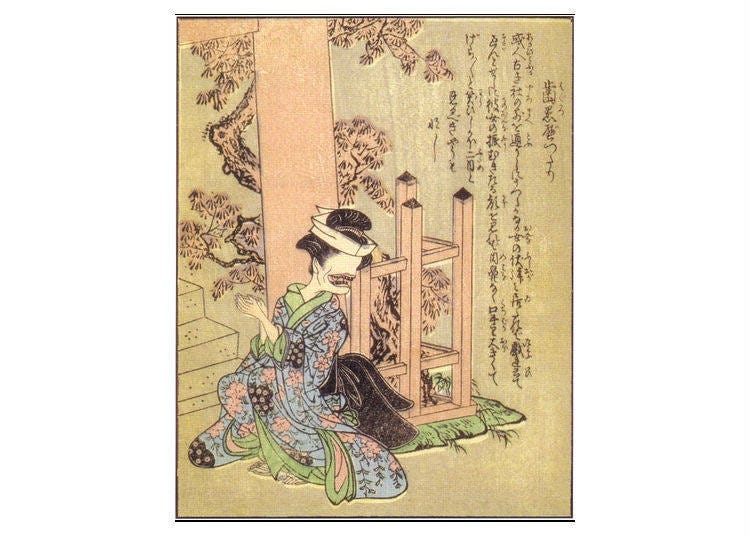 Should you be one of those who find these black teeth rather disturbing, you are not alone. Ohaguro has it's very own yokai (Japanese demon), called ‘ohaguro bettari.’ If you spot a beautiful woman in a kimono at night, standing on the grounds of a temple or shrine, beware: She might look very pretty from behind, but if you get close enough, she turns around and shows you her real face - eyeless and terrifying, with a huge mouth full of sharp and pitch black teeth!

Black Smiles Around the World 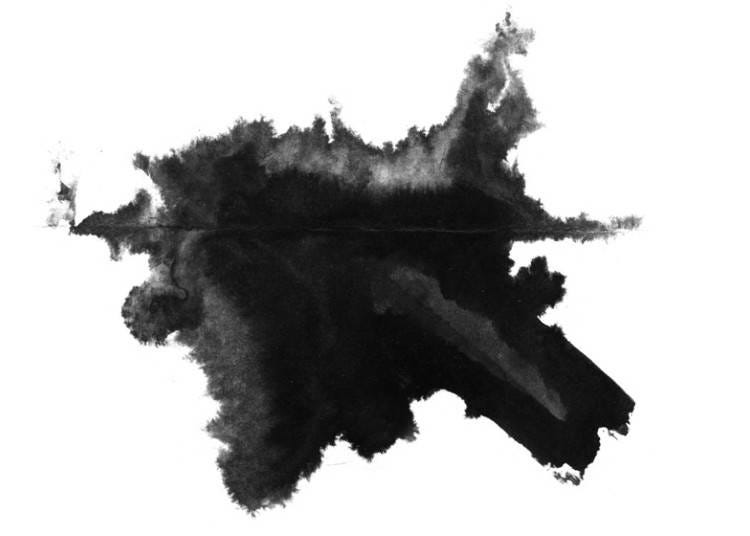 As mentioned before, ohaguro hasn't only been popular in Japan. In China, Thailand, Laos, or Vietnam, all kinds of women and men used to blacken their teeth for various reasons - and some still do. Be it to show off their marital status, to make a point about maturity or simply because they like the look of it - don't immediately think of decay when seeing a pitch black smile. Black is beautiful, after all!

Red Lips, White Face: The Cultural History of Japanese Beauty
*This information is from the time of this article's publication.
*Prices and options mentioned are subject to change.
*Unless stated otherwise, all prices include tax.