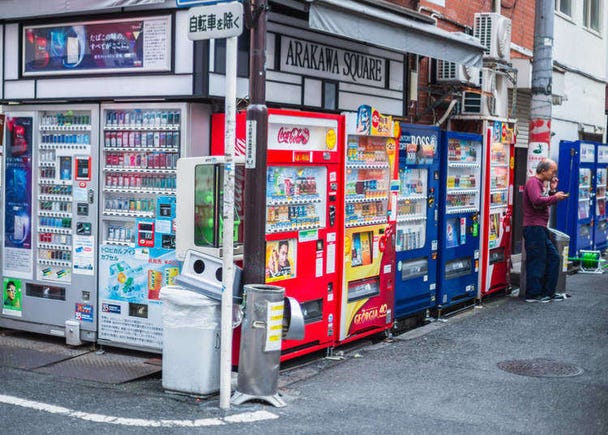 10 Surprising and Cool Things You Didn’t Know About Tokyo

Japan is known as the land of the rising sun, but we can also call it the land of the unexpected, ranging from mundane things on the street, to local customs and even the people. From your first step onto Japan you will discover something surprising; especially for people coming from far away, it is a really different country in so many ways. Out of the many surprising things awaiting you on your trip we have brought together our top ten cool things which you won’t find out about in a guide book. Tokyo, as the capital of Japan, is a natural place to find both the weird and the wonderful! 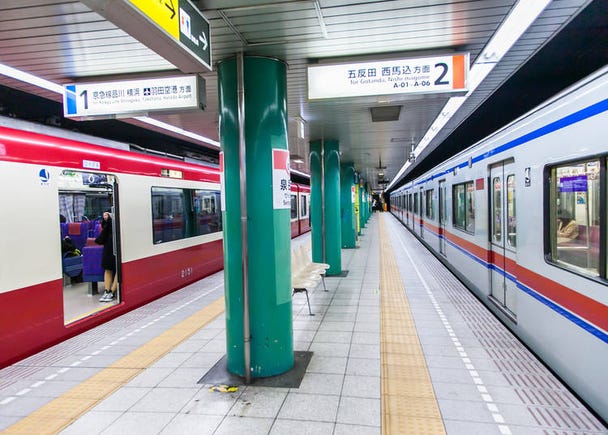 If you arrive at Narita airport and you opt to use local trains to get to Tokyo, then you will immediately get confused about which train you should take. This will happen a lot during your stay in Tokyo, while you might have figured out what line you want to take – when you go to the platform you will see baffling train departure information such as local trains, semi-rapid trains, rapid trains and even airport trains (not to be confused with NEX).

In general your safest bet is to get on a local train as that will stop at every station, if you want to get on a semi-rapid train for example then you had better be pretty sure it will stop at the station you want!

2. Trains in Japan really do run exactly on time 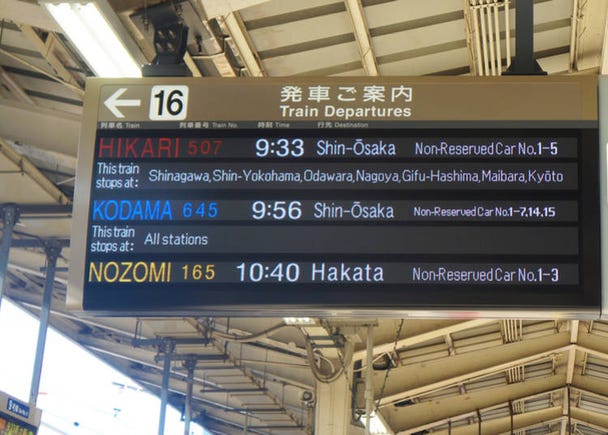 It is kind of an expected part of life that trains will often be running late or be delayed before departure, we are all resigned to the fact that it will happen. In Japan you will find that trains will actually leave at the time they are scheduled to! In other words, don’t think that you can be even one minute late as you will miss your train.

The obvious benefit to this, in particular for taking the shinkansen (bullet train) is that you can plan out your departure and arrival quite nicely. An example of how important it is to Japanese people for trains to run exactly on time was recently demonstrated when a Tsukuba Express train left 30 seconds early – for which the train company apologized! 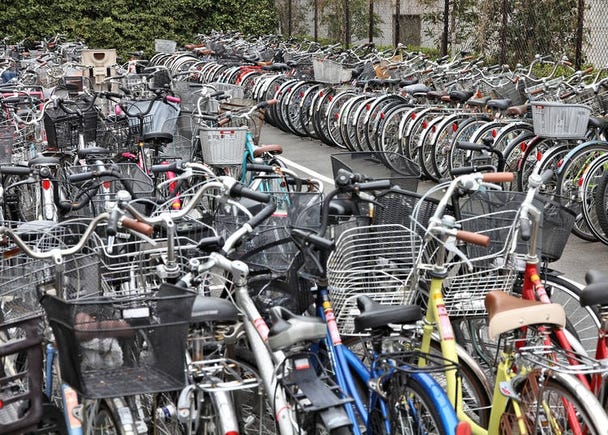 Staying on the theme of transportation, bikes are literally everywhere. Even for foreigners living in Japan it is confusing as there seem to be no road rules for their use; people ride them on the pavements and the roads, and on public crossings. Some public crossings mark on the ground where walkers should be and where bike users should be, which are basically ignored.

Bikes are frequently parked without a bike lock, though it is fair to say that they are unlikely to be stolen as crime in general is low in Japan. Another surprising thing is that you are more likely to see a mother with young children using a bike then walking around with a buggy!

4. Hotel breakfasts are quite good! 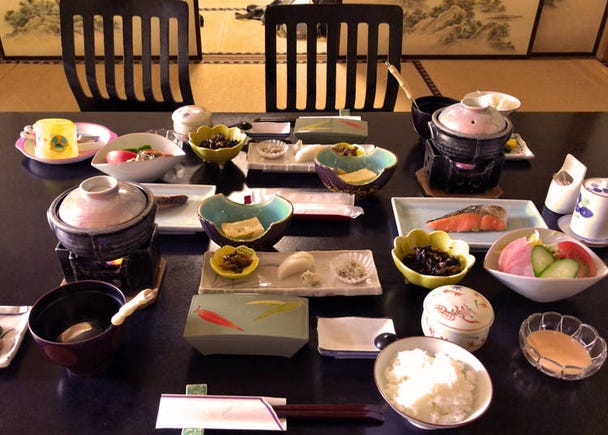 A traditional Japanese breakfast in Japan

It is a fact of life that fish live in water, birds fly through the air and hotels normally have a poor reputation for breakfast. But, before you book that room without a breakfast in that hotel in Tokyo wait one second! Japanese people think breakfast is an important meal, and so hotels, regardless of the budget, do their best to serve up a delicious breakfast. Even a cheap hotel will offer a good solid breakfast to start your day, and accordingly a more expensive hotel will have a more extravagant breakfast.

5. English TV programming is quite rare 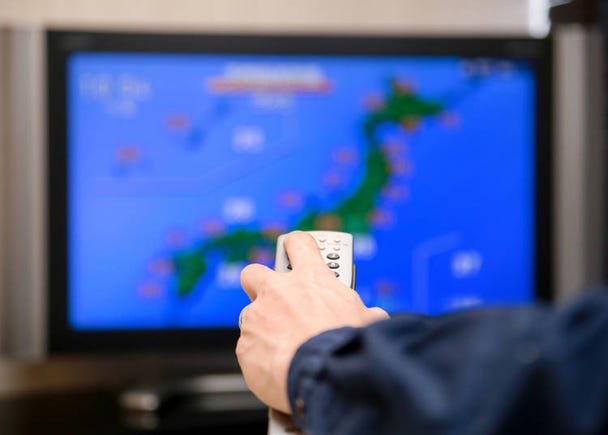 When it comes to TV in Japan hotels, if you are lucky, it might have a subscription to a channel in a language other than Japanese, if you are unlucky then welcome to endlessly changing TV channels in the vain hope that something in your language might appear. In contrast to a good many other countries Japanese TV channels simply don’t incorporate many foreign language movies or programs. There are a few but the odds of you coming across them are quite low, and as they are normally dubbed you will still be unable to watch them unless you can change the language audio. 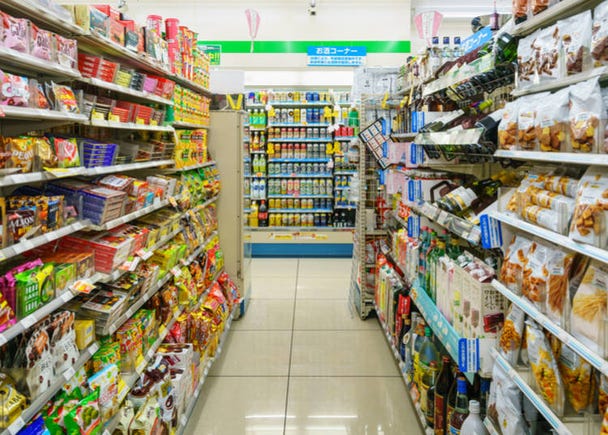 Inside a Japanese Convenience Store

It's 4am and perhaps you are a little peckish – no problem! Just go to your local convenience store. Or perhaps you have been out drinking until 2am and now feel the need to eat a proper meal – no problem! Just find your nearest 24 hour restaurant. Tokyo, in particular, is the city that never sleeps and you are never far away from at least some kind of store or restaurant that is open throughout the night. Unfortunately, the trains don’t run all night so these kinds of places also attract everyone who has been stranded until the first trains start in the early morning. 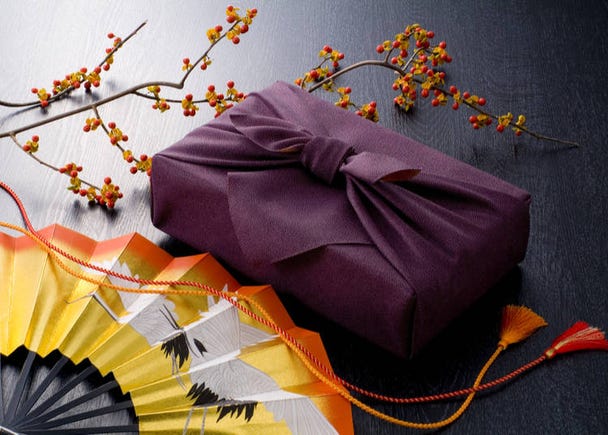 Japan has a well-deserved reputation for customer service, everywhere you go you will find polite cashiers, hotel receptionists and store assistants. If you buy something they will usually wrap it for you in some way, bags are ubiquitous and cashiers will carefully confirm how much money you have handed over, and how much change they are giving back. In many places store assistants will either carry your purchase to the store door, or at least escort you to the door and bow as you leave. It is easy to get surprised by what staff will do in Japan 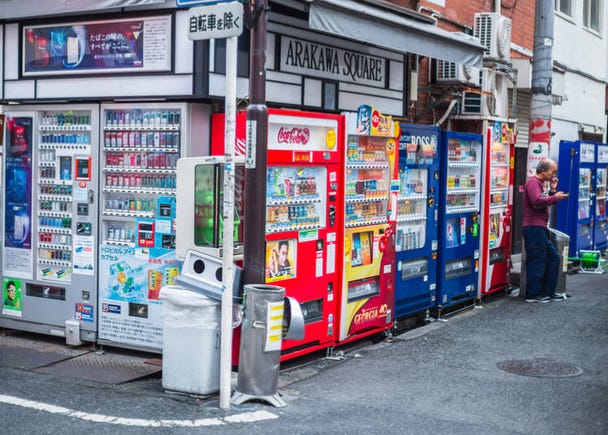 In the extremely rare case you can’t find a convenience store, you definitely won’t have any trouble finding a vending machine. Sometimes it might seem like there are more vending machines than people in Japan. They can be found anywhere; there is no logic to where they are placed, random street corners, tiny car parks, outside flats, anywhere. Most just sell different types of drinks, the more interesting ones can sell ice cream, hot food like ramen and beer. The more bizarre can sell all kinds of different things like watches, toys and more.

5 Reasons Why There are so Many Vending Machines in Japan 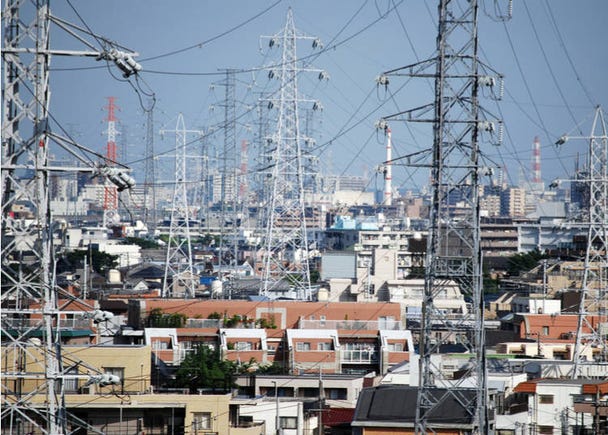 You might be on a train trundling along through Tokyo when you spot a great photo opportunity, but you wait before taking the photo because there are cables in the way, and you wait, and you lose that great shot. Thanks power lines! In Japan power lines are mostly strung up in the air, supposedly for financial cost reasons, but for us photographers looking for that awesome shot they are bit of a nightmare. For now we just have to resign ourselves to having beautiful pictures of Japan, with power cables in them.

10. Tokyo can be quite confusing - but that's part of the fun! 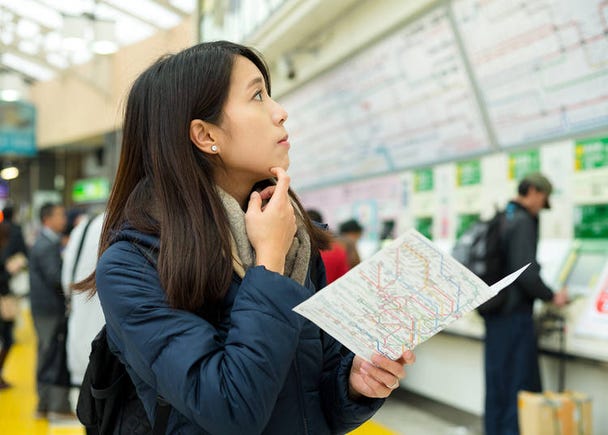 Following directions is tough in Tokyo. Finding somewhere by its address can be very hard and maps can be difficult to understand. This is perhaps worse in Tokyo than anywhere else in Japan, given that most streets do not have names and that addresses typically involve a kind of coordinate system. Fortunately nowadays we have map apps on our smartphones.

Getting a hang of the trains can take some time as well. Different train companies run different lines, and these can connect at stations with nearly the same name, adding to the confusion (e.g. "Asakusa Station" is home to the Tokyo Metro Ginza line, the Toei Asakusa line and even the Tobu line - each of which has a separate station within the station!).

Many Japanese visitors to Tokyo are equally intimidated by the city for the same reasons you are. Fortunately there are a large number of people who can help out when you're really super lost: station attendants, police, and shop staff.

Although Tokyo can be somewhat daunting at first, we think you'll agree: navigating will soon come to you and you'll be off and discovering so many interesting areas in no time!

[MOVIE] Survival Japanese: Asking for Directions
5 Tips for Traveling in Japan that You Might Not Know
*This information is from the time of this article's publication.
*Prices and options mentioned are subject to change.
*Unless stated otherwise, all prices include tax.