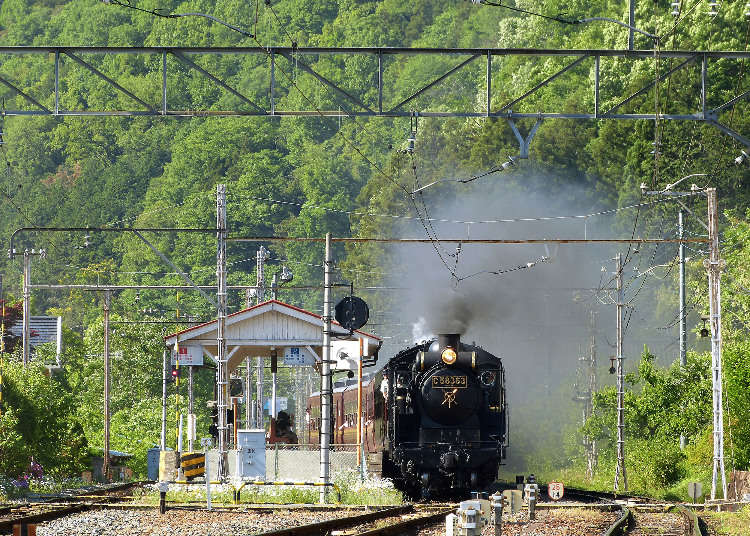 Just north of Tokyo in Saitama Prefecture is the city of Kumagaya. Famous for being home to some of Japan's biggest high school rugby teams, it is a charming scenic spot surrounded by lush greenery and blessed with the pristine river waters of Arakawa and Tonegawa.

Within this vast expanse of abundant nature, you'll find irresistible spots such as Buddhist temples where many go to pray for successful relationships, a kaiyushiki teien, or stroll garden, which has been designated as one of Japan's cultural assets, a retro railway still using steam locomotive trains, delectable local goodies, and more!

As Kumagaya is also one of the venues where the rugby cup will be held this year in Japan, many have been paying closer attention to the town recently as well. 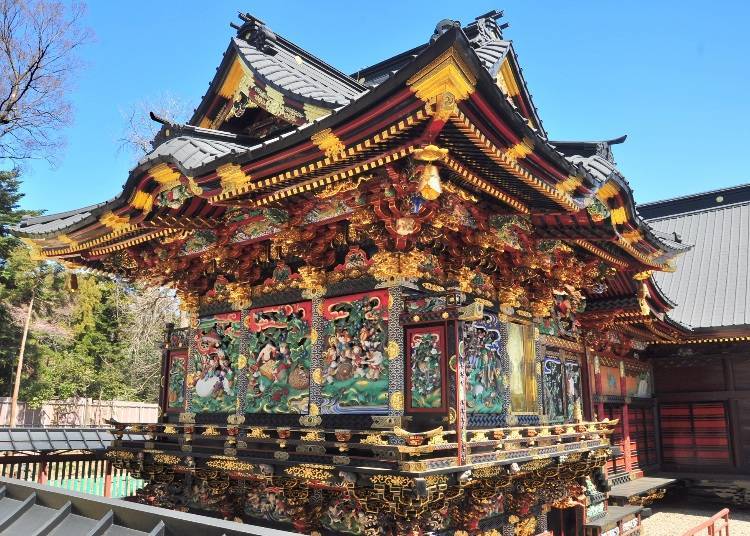 Menuma Shōdenzan is one of the three greatest Shōten Temples in Japan alongside the ones in Asakusa and Ikoma. Sanemori Bettō Saitō founded the temple when he enshrined his guardian deity here in 1179 for the common folk. The temple was rebuilt in 1760 and its exquisitely intricate decor and architecture bears a close resemblance to Nikkō Tōshō-gū. Also known as the Saitama Nikkō, this temple is a designated national treasure of Japan. 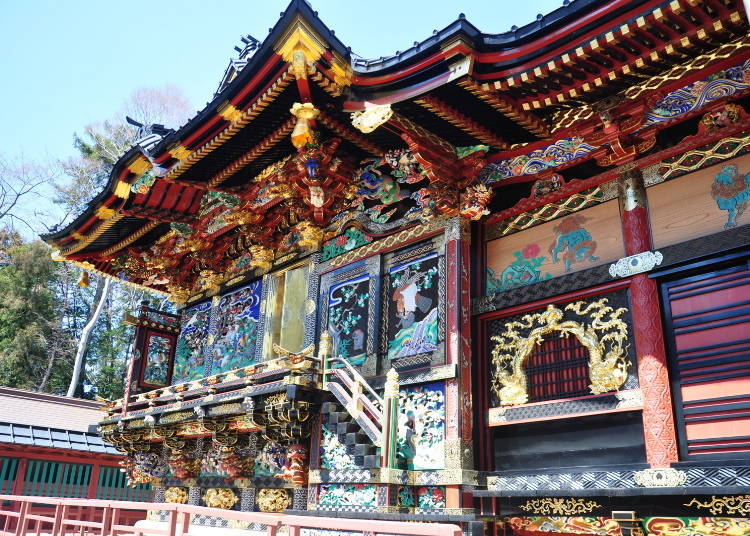 The Menuma Shōdenzan Kangiin temple is known to local residents as "Menuma's Shōten" and many especially come here to pray for good relationships, family safety, business success, purging of bad luck, safety on the road, good grades, and many other blessings.

Volunteers provide a fixed time guided tour every hour from 10:00 a.m. to 3:00 p.m., so we highly recommend visiting during these times. Even if you don't understand Japanese, the light-hearted yet detailed explanation is nevertheless a joy to simply listen to and adds to the deep flavor of your visit to this profound site.

SL Paleo Express: Taking a trip down nostalgia lane with a steam train 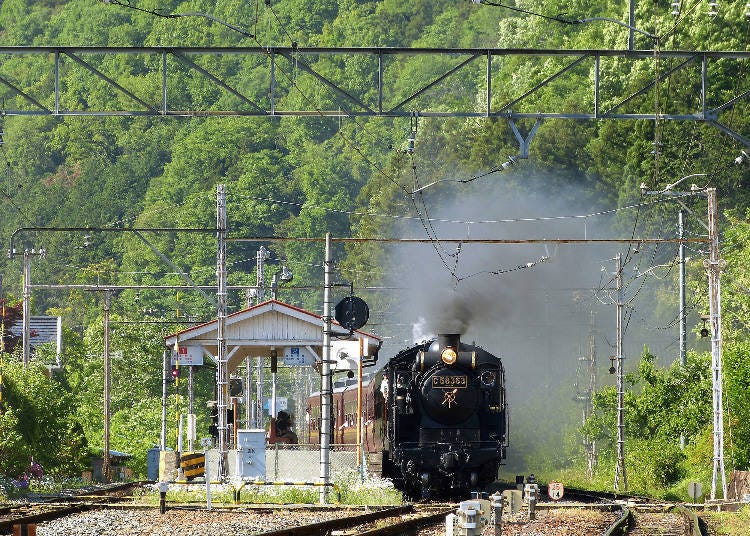 SL Paleo Express is a steam train that runs on Chichibu Main Line from March to December every year, taking countless passengers down nostalgia lane. This is one of Chichibu Main Line's main attractions ever since steam locomotives started running down the tracks from 1988. The name of train comes from the Paleoparadoxia, a marine creature that used to inhabit the Chichibu region about 20 million years ago. 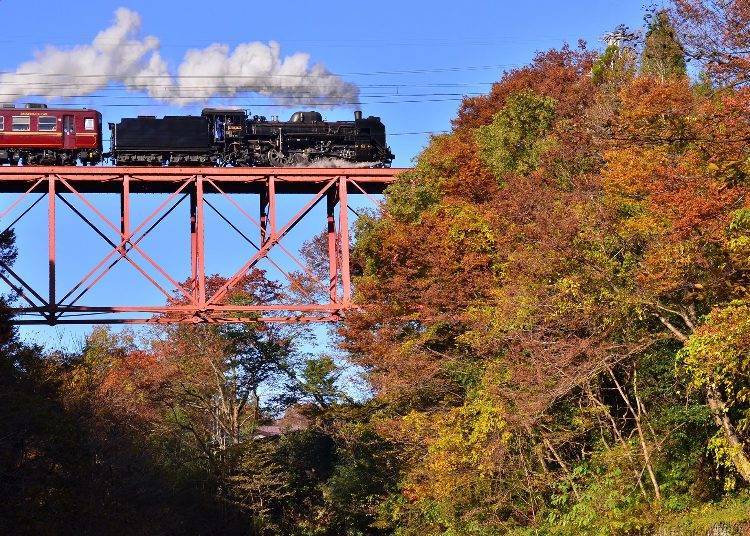 SL Paleo Express chugs along a 57 kilometers (about 34.5 miles) stretch of railway, setting off from Kumagaya Station and ending its journey at Mitsumineguchi Station after about 2.5 hours. As you peer out of the compartment window, rustic scenery and Chichibu's mountains and great outdoors roll by, allowing you to enjoy your steam train trip as it was meant to be - in a leisurely and idyllic manner! As gray steam rises up from the chimney of the locomotive and the steam whistle shrieks shrilly, you can't help but let your mind wander back to a time in the distant past where life was quieter and simpler than it is now.

Seikeien: A place to have one's fill of natural scenic beauty all year round 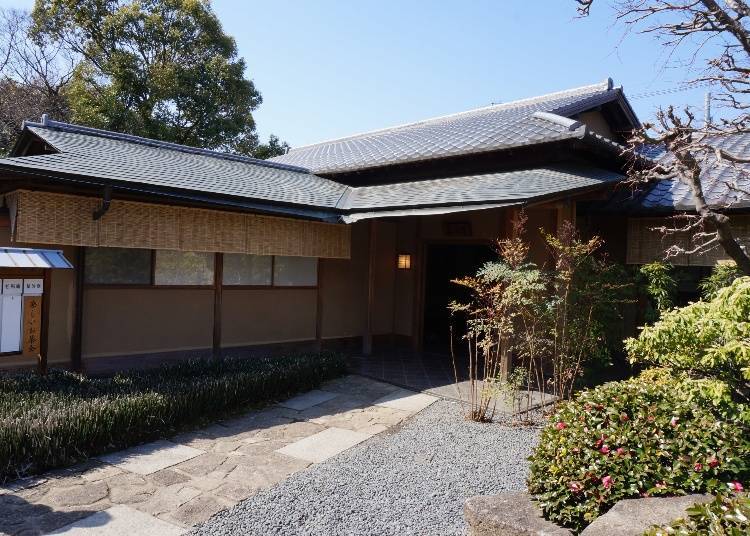 This stroll garden was constructed from 1865 to 1868 by Tanjō Takei, who contributed much to the development of Kumagaya. A Zen master from Kyoto's Daitoku-ji shrine named it Seikeien. In 1950, it was transferred over to Kumagaya City, and in 1954, it was named a place of scenic beauty by the city and designated as one of Japan's cultural assets.

After going through the main entrance and entering the garden proper, you'll find yourself on a strolling path surrounded by what seem like jade pools. The natural sights here change every season, so it's an ideal spot to visit and enjoy all year round. 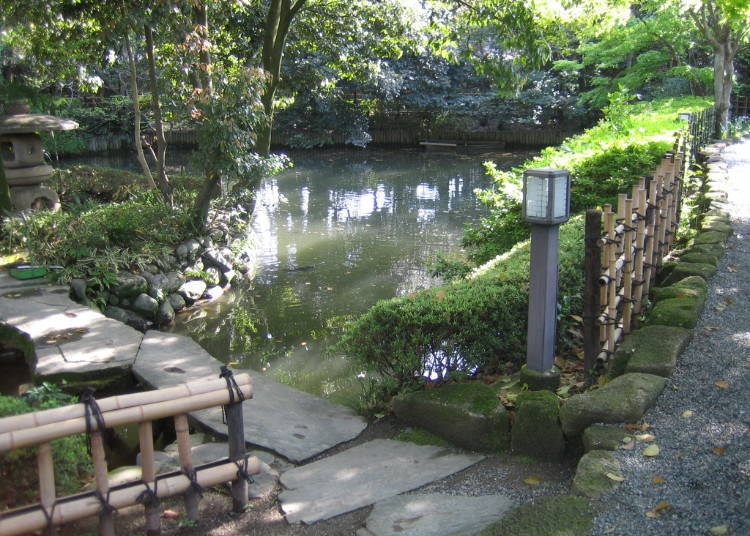 There are three buildings on the premises: Seikeiryō, Shōfūan, and Sekisuikaku. As the buildings became aged, they were restored and their gardens kept and maintained between the years 1990 to 1992. These prime buildings were built in the style of teahouses.

Tea ceremonies, flower appreciation sessions, and small gatherings are held in them, and they are often used as a place to promote Japanese culture as well. The garden is free to enter, but you'll need to pay an admission fee to go into buildings and facilities.

This beautiful garden is covered with verdant greenery during spring and painted a warm orange from falling maple leaves during autumn. Why not take some time to experience Japan's four seasons and deep culture in this uniquely Japanese garden with a long and distinguished history? 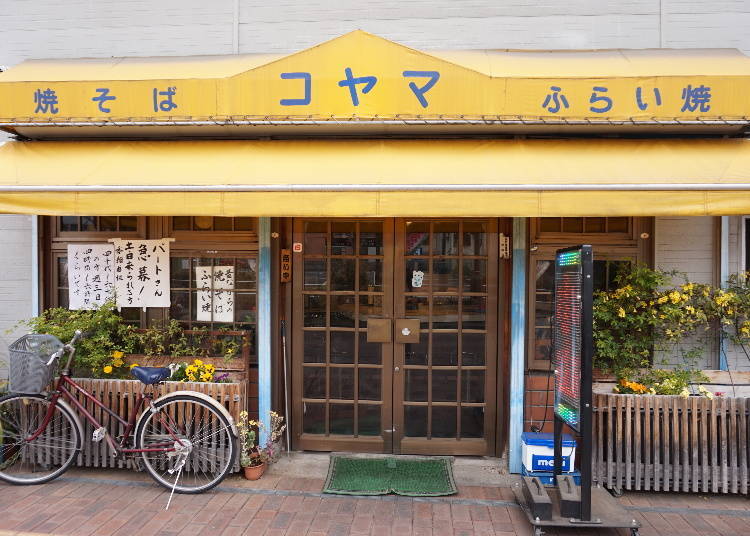 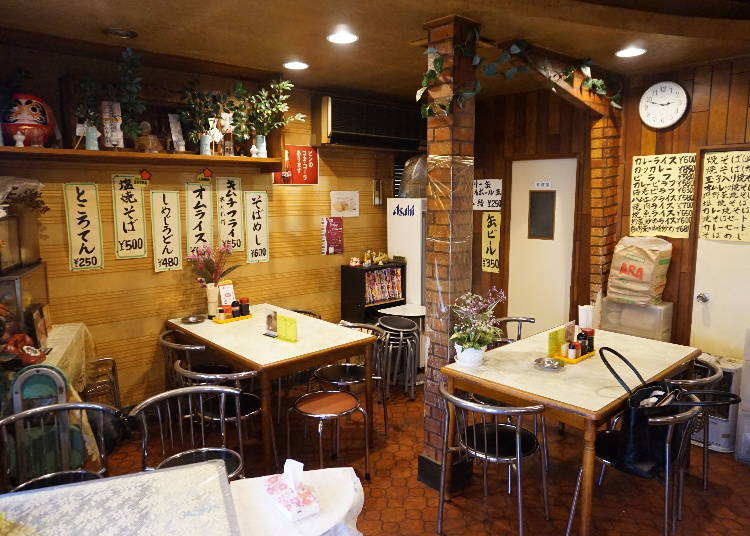 Koyama Shokudo is an old eatery that's been loved by locals since it began operations 65 years ago. Their specialty is fried food, though they also serve yakisoba (pan-fried noodles), curry, fluffy ice shavings made to taste like ice called "Snow Bear" (offered from the start of May) and many others dishes.

The decor in the shop is traditionally retro. Depending on where you're seated, you may even find yourself dining on old-style TV games as a table. 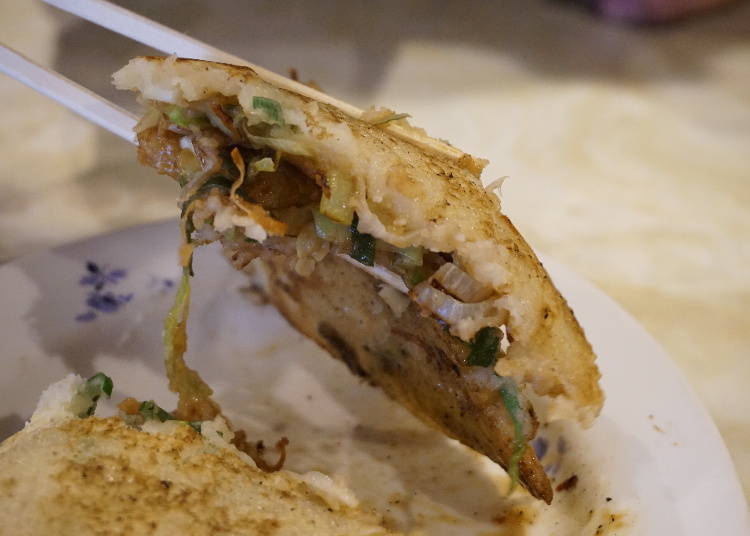 Fried food is the restaurant's specialty, and something that's been on the menu since the shop opened. Many people associate fried food with the method of deep-frying, but the fried food here refers to northern Saitama Prefecture's local cuisine that's basically food cooked atop an iron plate.

The actual way of making it differs from shop to shop, but most pour out a mixture of water and flour on an iron plate, expand the mixture, then top it up with fillings of pork, onions, dried prawns, and other ingredients while cooking it.

Koyama Shokudo also does their fried food in this locally accepted method, using pork, onions, cabbage, and sliced octopus as filling. This restaurant in particular offers Worchester sauce instead of semi-sweet sauce to go along with the food. 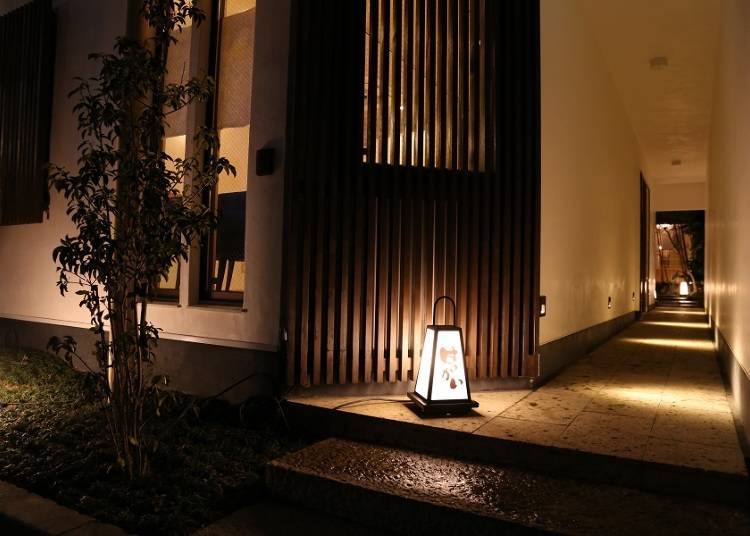 Shuzō Hakkai is a hole-in-the-wall that sits within a modified old folk house. Located in a quiet spot just one turn away from the main route along the bustling town center, its old-style ambience will make time spent here with your family, friends, and loved ones even more flavorful than anywhere else. 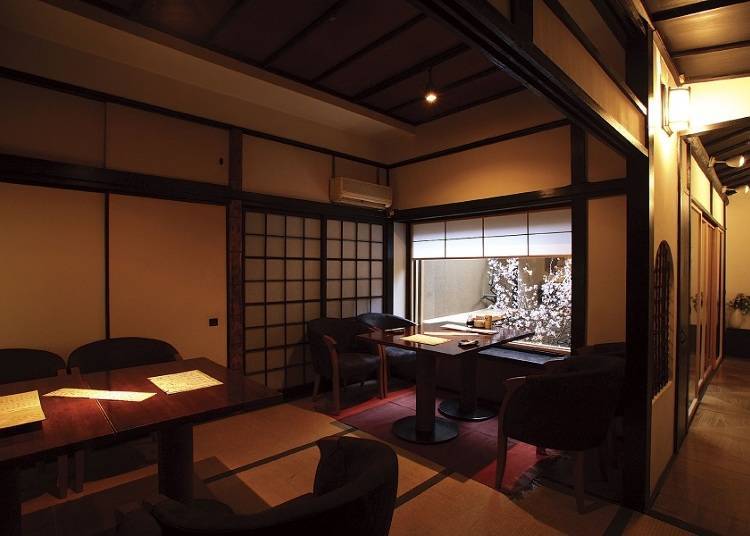 The restaurant has a wide range of rooms that will cover every possible scenario: Rooms overlook the central yard installed with chairs and tables; rooms with round tables that contribute to lively conversations; rooms for more than 30 people; rooms with floor seats for a quiet drink; and counter seats and tatami-covered floors that replicate the vibe of an authentic Japanese-style bar. 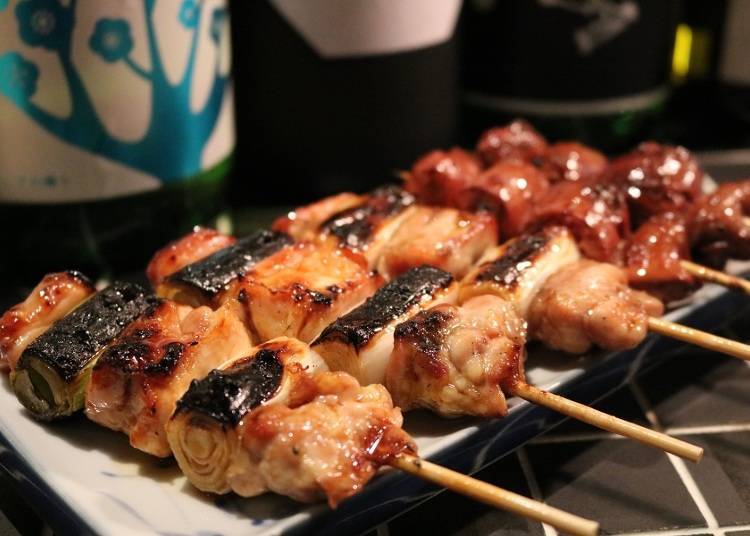 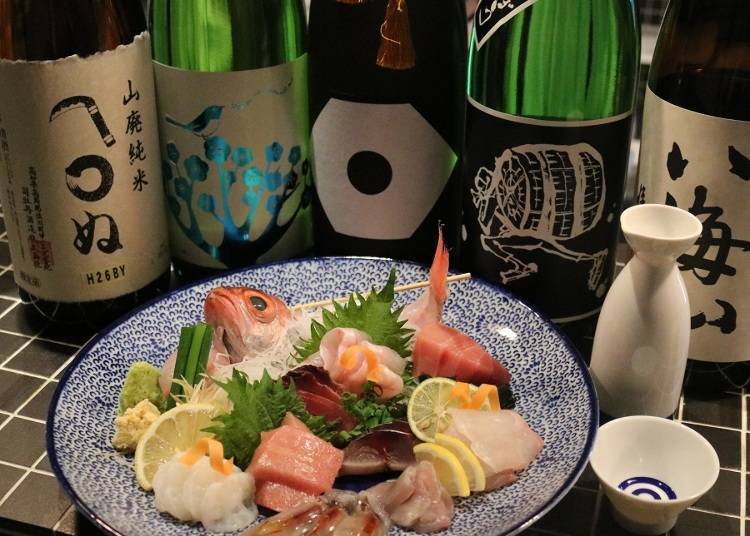 Food wise, the menu here consists of Japanese cuisine made with seasonal ingredients. This can be anything from chargrilled top-grade local-bred chicken marinated on that day itself to daily fresh sashimi, all of which are perfect with a portion of Japanese sake or shochu (distilled Japanese spirits).

Wining and dining in a place designed to exude traditional vibes from a time in Japan long gone will certainly be an unforgettable night for international visitors!

Kumagaya is a place that brings you closer to history and nature. The specialty food is definitely a bonus as well! It's just a stone's throw away from the city and filled with so much greenery, most travelers find it an attractive destination to include in their itinerary for some leisurely tours of scenic spots.

However, since it also becomes literally the hottest town in Japan during summer, if you're thinking of dropping by in summer, be sure to come equipped with items that will help you deal with the heat, so that it doesn't distract you from your enjoyment!