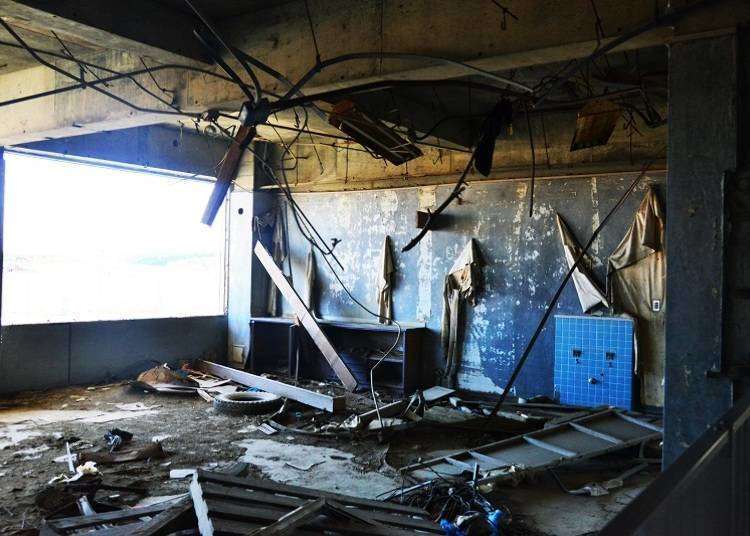 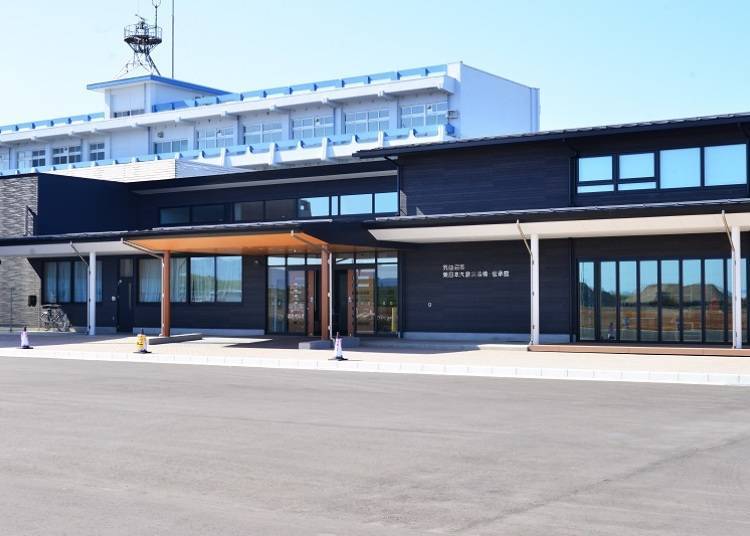 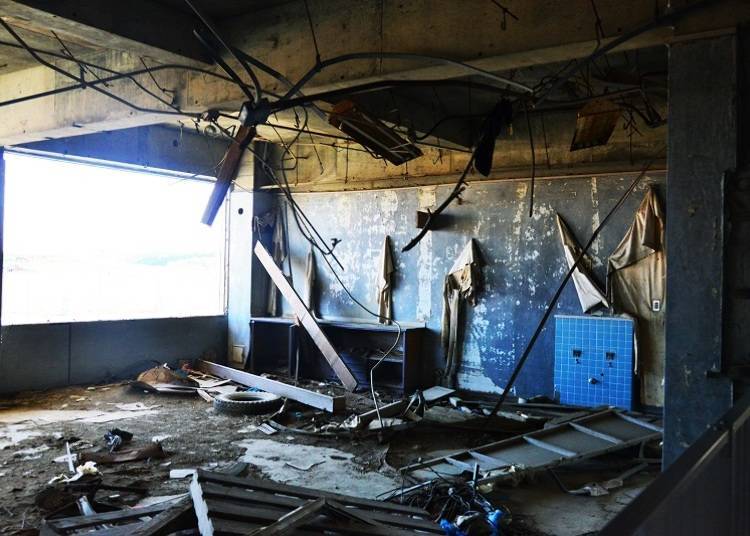 “At that time, there were about 170 students in the school, but fortunately, there were no victims,” says Katsumi Sato, the museum's director.

For this purpose, the first thing you see in the Kesennuma City Memorial Museum is a video of the earthquake in the video corner. The images projected on the 300-inch large screen realistically convey the strength, size, and fear of the tsunami. 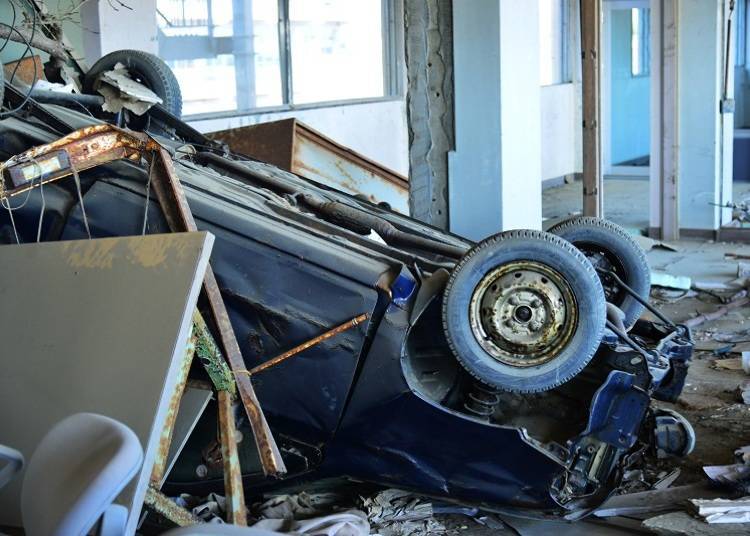 You can visit the 1st, 3rd and 4th floors of the school building. First, you walk along the first-floor corridor, seeing each classroom. Steel frames are exposed, and broken windows remain as they are.

When I went to the 3rd floor, a flipped-over car leaned against the classroom wall, having been carried in by the tsunami. The highest point of the tsunami was the 4th floor, and even the large iron letterboxes in the classrooms show obvious signs of rust from where the tsunami had flooded. 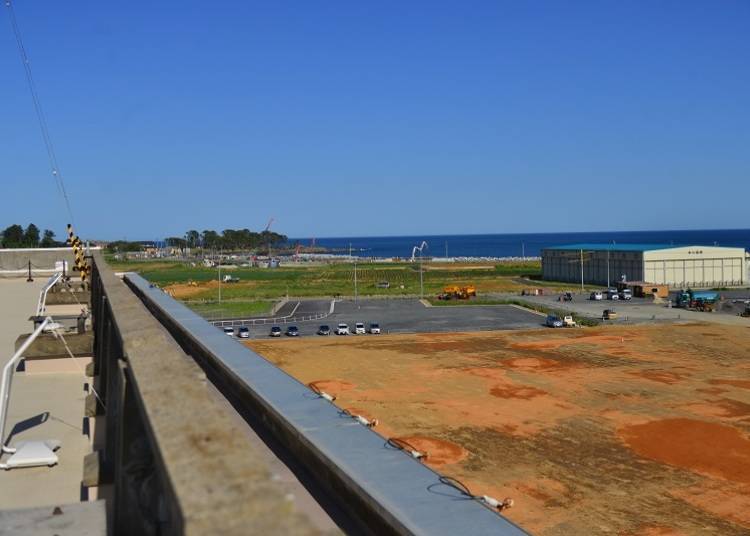 I could see the Pacific Ocean when I went up to the roof. Right at the top of the stairs, desks are placed, reproducing the scene at the time of the earthquake.

There is a 90-minute “Storyteller Guide” guided tour (6000 yen for groups of 1~20 people, reservation required) for those who want to know more about the earthquake and the memorial hall.

The best way to access the Kesennuma City Memorial Museum and Ruins of Koyo High School is by public transportation. It takes about 3 minutes by taxi from JR Rikuzen-Hashikami Station, and about 20 minutes on foot.