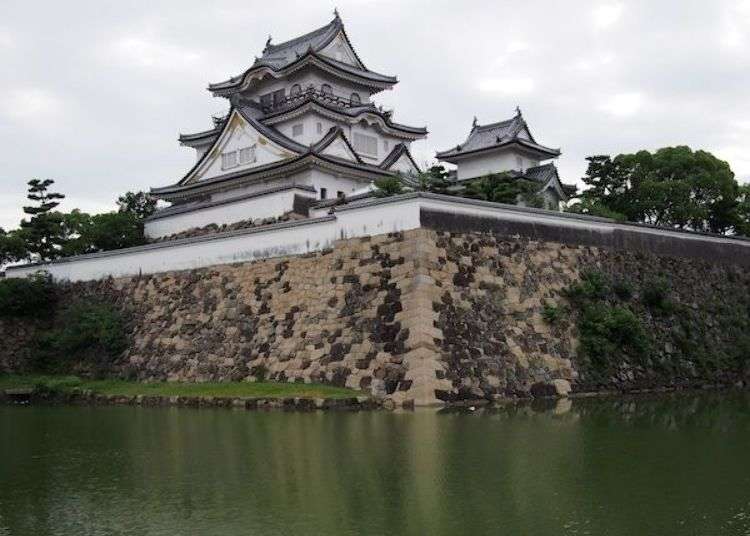 The Osaka Kishiwada Danjiri Matsuri, in which giant floats are pulled, is one of the most magnificent spectacles in Osaka and draws over 400,000 spectators every year.

It’s held over two days every September on the weekend before Respect for the Aged Day, on the third Monday of the month. The Saturday (two days before) is called yomiya and Sunday (the day before) is called motomiya.

Today we’re visiting Kishiwada, the town where the Kishiwada Danjiri Festival is held, to find out a bit more about its universal charm and appeal.

Dashi (floats) are used at festivals all over the country, and the danjiri (festival carts) used around the Kinki region are also called dashi. It’s said there are as many as 500 floats in use for local festivals in Nara, Wakayama prefecture and the Kinki region, mainly around the Osaka Bay coastline and Awaji Island.

According to local researchers in Osaka, these floats fall into 10 different categories, depending on their structure and shape and the background to their construction. These include the Kishiwada style, Osaka style, Kobe style and so on.

The floats are accompanied by people playing musical instruments, such as taiko drums, gongs or flutes. Danjiri floats have a similar musical accompaniment. They are pulled along by hand. 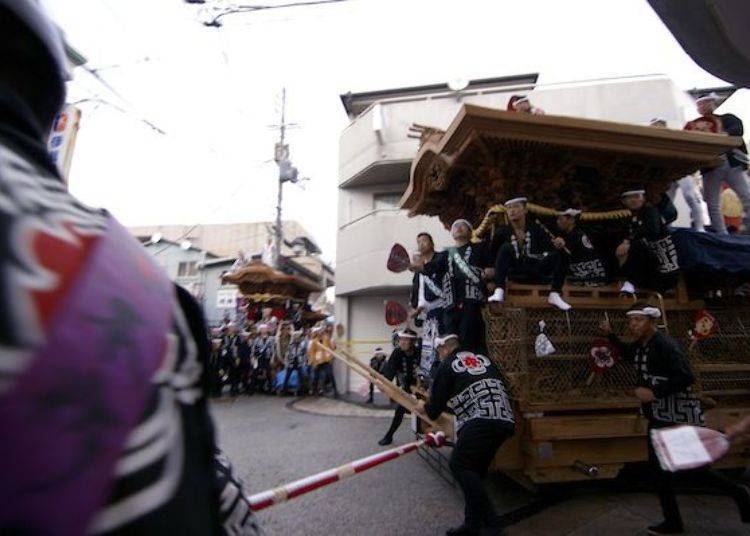 Danjiri floats are also used at the Tenjin Festival at Osaka Tenmangu, but the most famous danjiri festival is in the castle town of Kishiwada in southern Osaka.

One of the features of the Kishiwada Festival is the yarimawashi (right angle turns) performed by the floats. There’s plenty of video footage available online if you’re interested in seeing what it’s all about.

A Kishiwada-style danjiri weighs about 4 tons and is 4m high. It’s made of Japanese zelkova wood.

Yarimawashi are the sharp right-angle turns made by the danjiri when they come to a corner or intersection on the castle town roads. The float accelerates as it approaches the turn and then changes direction sharply. Seeing these daring maneuvers is one of the highlights of the festival! 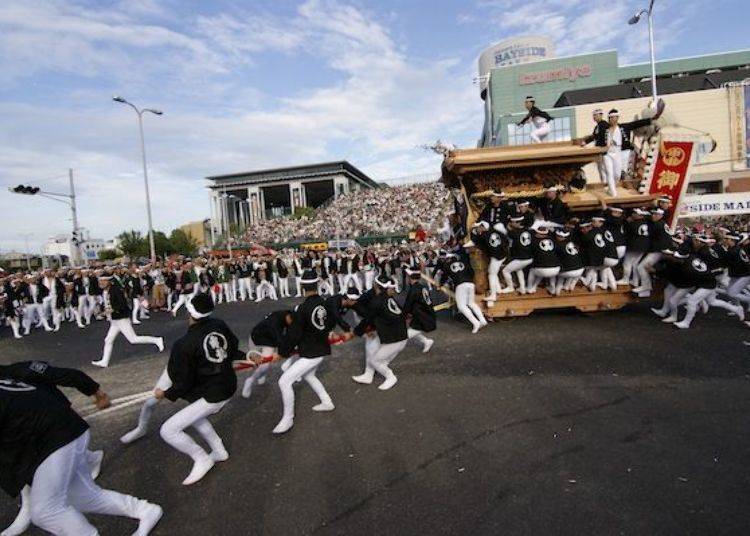 The tsunamoto is the name of the group of men at the front of the float who pull the ropes. The rudder at the back which steers the float is called the ushiroteko; the levers at the wheels in the front are used for turning and are called maetoko.

The daikugata (carpenter) dances around on the top of the float and shout out directions and instructions. Each float might have a team of over 200 people, each with a set role to play in this display of skill and courage. 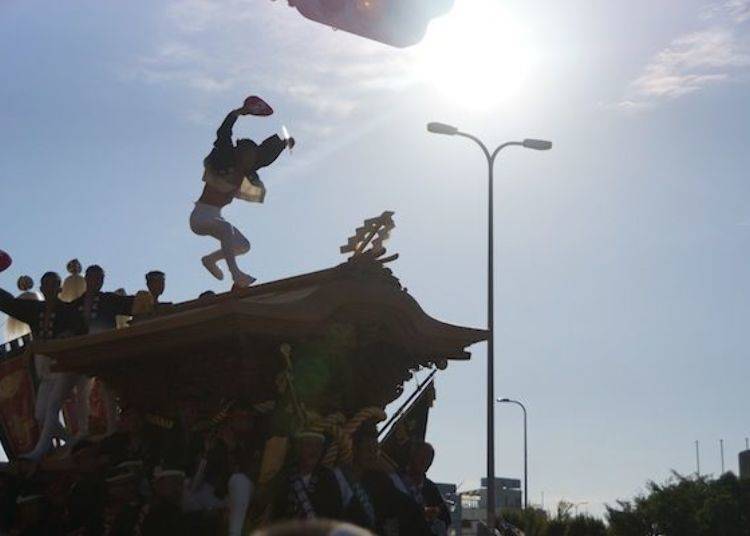 The woodwork structure of the float is adorned with ornate carvings, especially at the front, down the left and right hand side and beneath the small roof that looks out at the back. The carvings depict famous scenes from history, such as the Genpei War or the Battle of Nanba. Different areas of the city are proudly represented by their own float, with 22 participating communities in total. 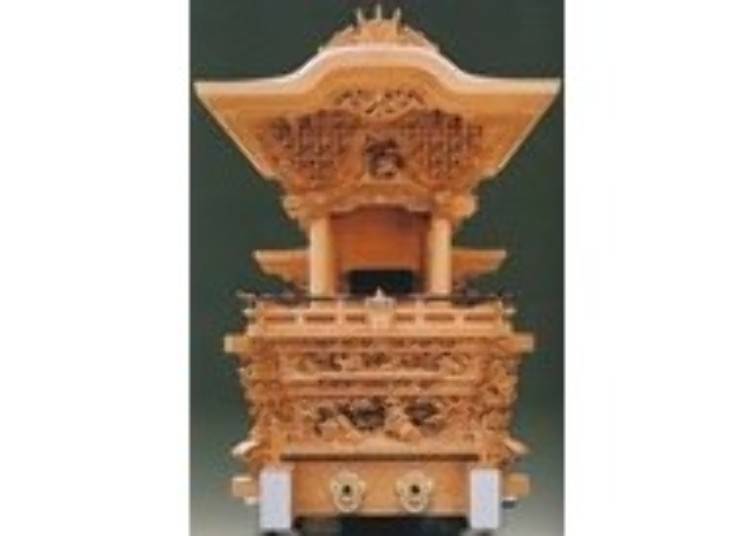 The danjiri have an exhilarating musical accompaniment, consisting of large and small drums, gongs and Japanese flutes. The rhythm changes regularly along the way - kizami, hikidashi, namiashi - with the voices of the participants adding to the general noise as the float is pulled along. 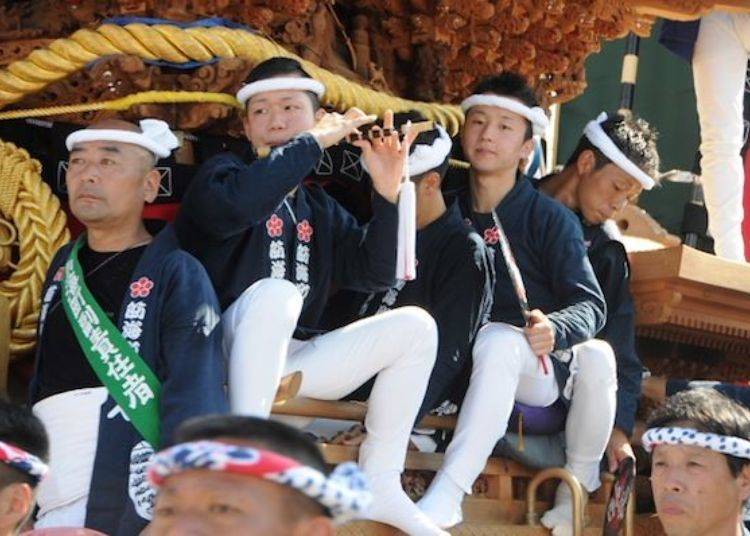 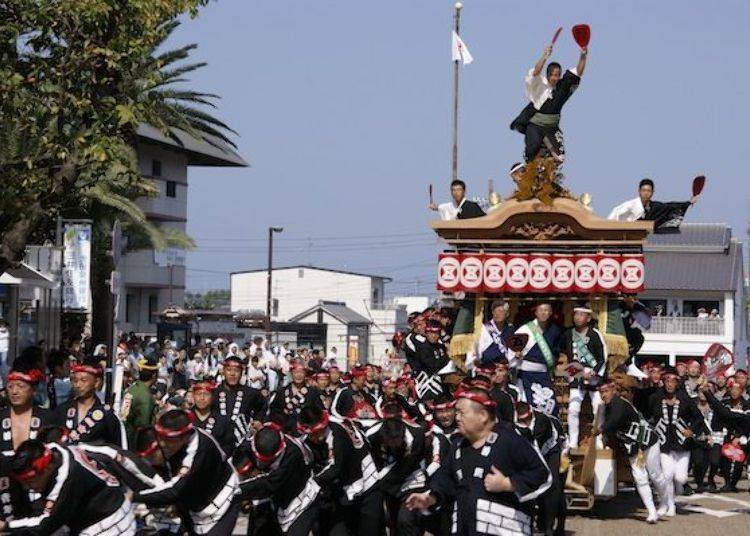 I was born in Gokenyamachi, right in the heart of the traditional Kishiwada Danjiri Festival region, so I grew up with danjiri. In 2010 I was one of the people pulling the Gokenyamachi danjiri.

The climax of the two day festival is miya-iri (the journey to Kishiki Shrine). Fifteen danjiri are pulled one by one up Konakara-saka (slope) which leads to Kishiwada Castle.They have to get to the top in one go. This is where you’ll see the first yarimawashi. 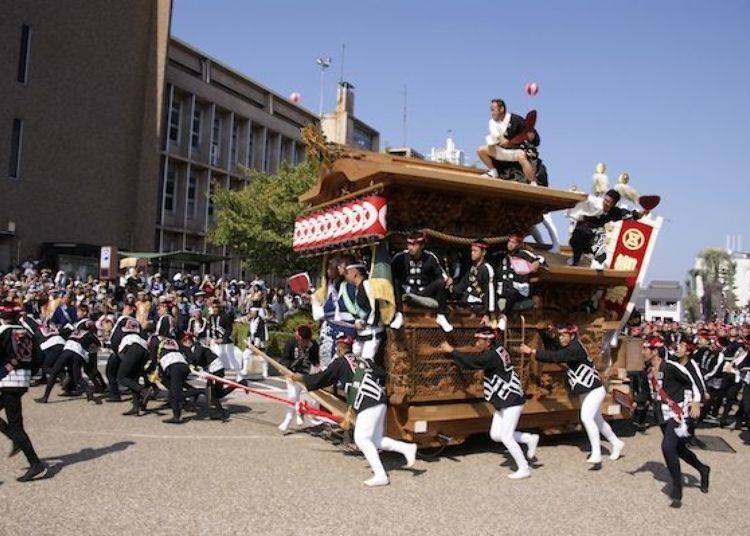 It’s a thrilling sight for the spectators but hazardous for the participants because even the slightest mistake can lead to injury or an accident. The floats are susceptible to sudden unforeseen or unexpected movements and can end up crashing into a house or a telegraph pole, or even overturn.

For this reason, the areas around the street corners are closed off and restricted. Spectators aren’t allowed to stand on ladders or stools to watch or to open an umbrella if it’s raining. 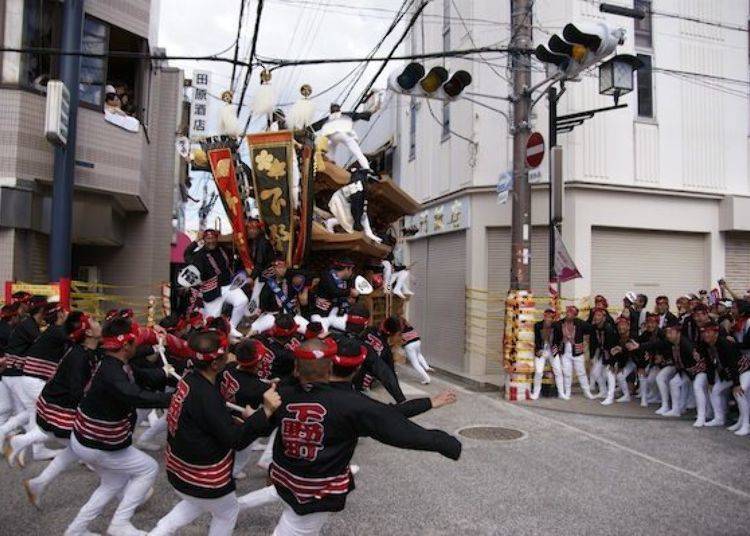 It’s safe to watch from the dedicated spectator seats. These are installed every year near Kishiwada Harbor at a spot known as Kankanba where there used to be scales for measuring coal and sand. 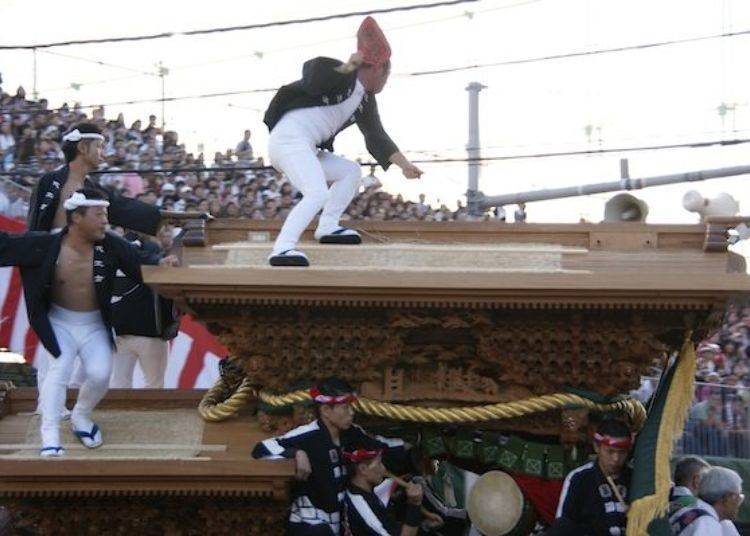 The view from the seats is limited to the straight section of the street, and you should follow the instructions of the festival officials and police to get the most out of the event.

Nighttime marks a total change to the exploits of the afternoon. It’s a wonderful sight. The danjiri are adorned with 200 paper lanterns and children take on the responsibility of pulling the floats. The floats move slowly, so the whole atmosphere is more relaxed. 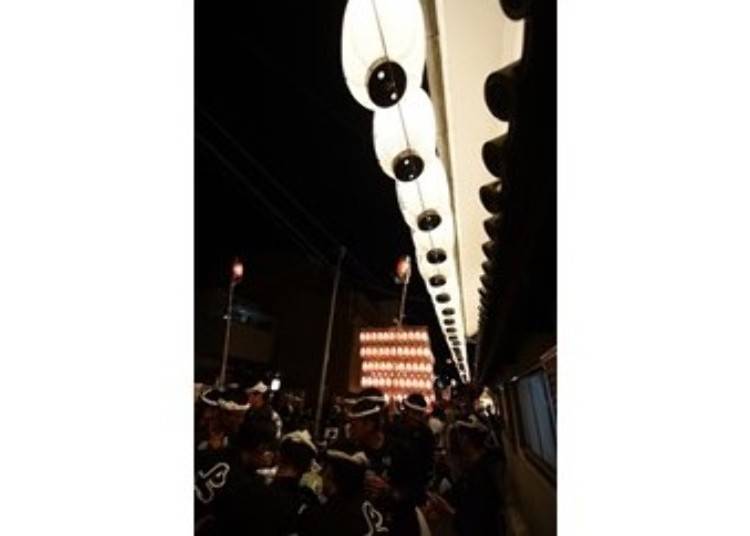 The people of Kishiwada are very proud of this festival. It’s a unique annual event that is well worth seeing, but from safe distance! 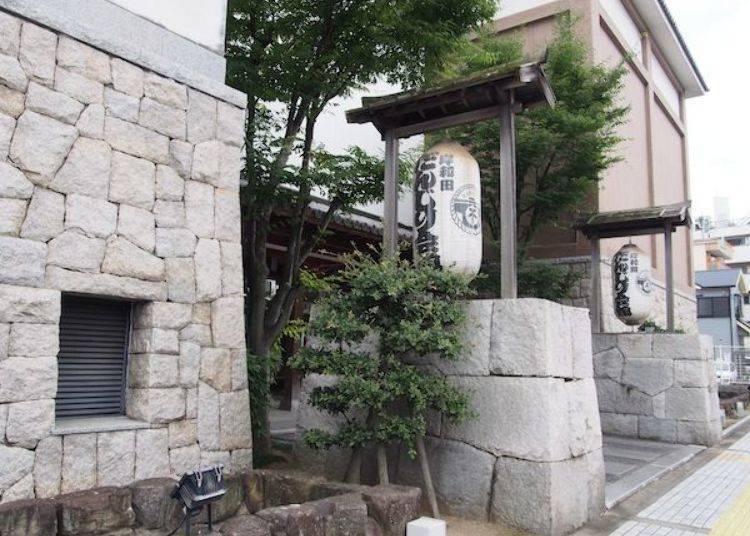 You can find out anything want to know about the Danjiri Festival at the Kishiwada Danjiri Kaikan, a museum located in Honcho near Kishiwada Castle. You can learn about its history (it’s said to have started in 1703) and about the different danjiri floats used by each town. 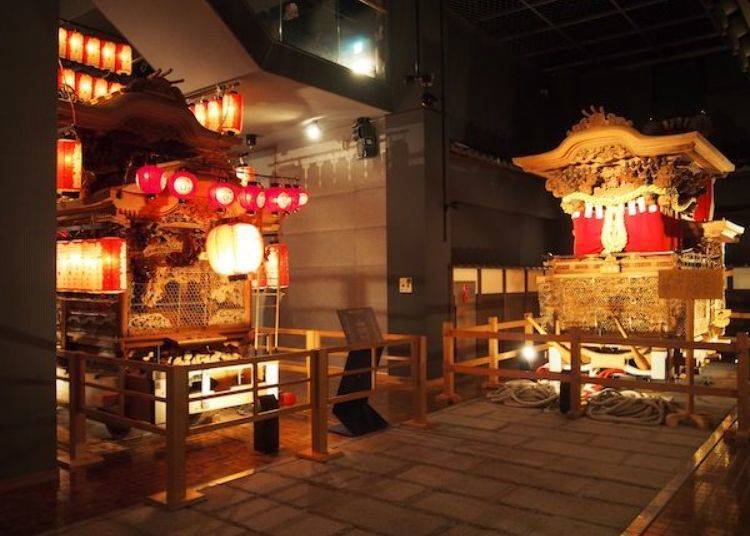 When you enter the building, there is an opportunity to watch an exciting large format video in the Event Square, helping you understand more about the appeal and wonder of this event. 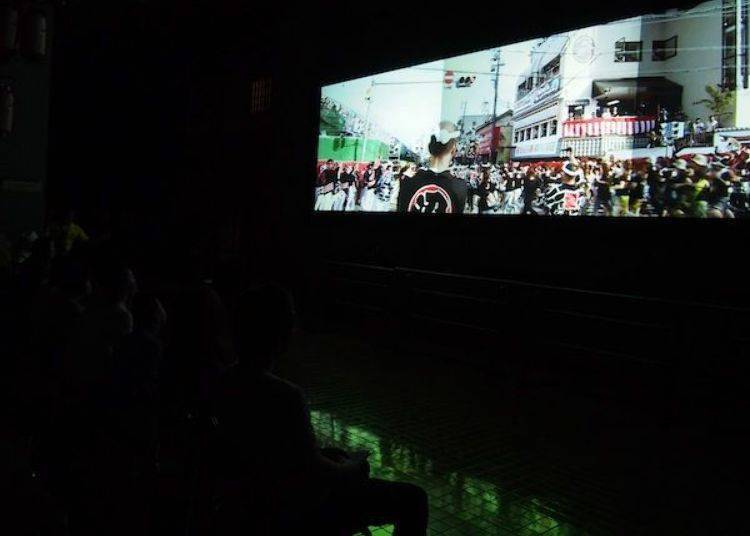 ▲You can see an old danjiri float from Gokenyamamachi made during the Bunka-Bunsei period, as well as a reproduction of townhouses from the Kishu Kaido in the Edo period. 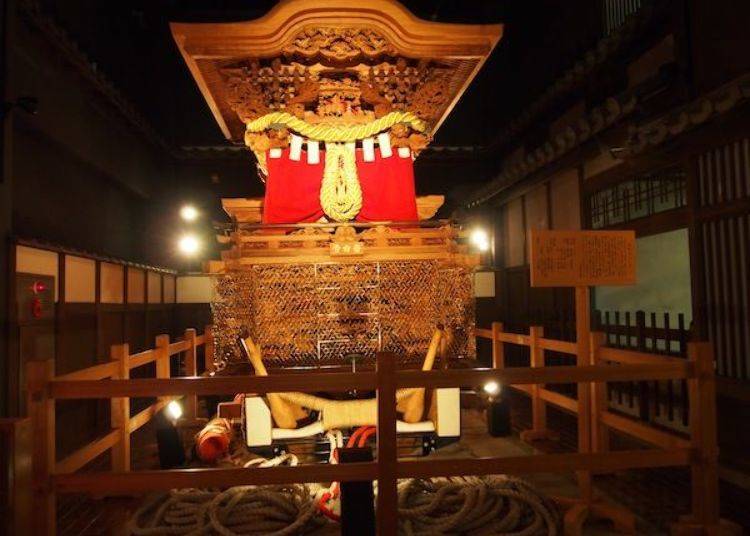 ▲Old generation Kamiyacho danjiri from 1841. The paper lanterns are lit up as if at night 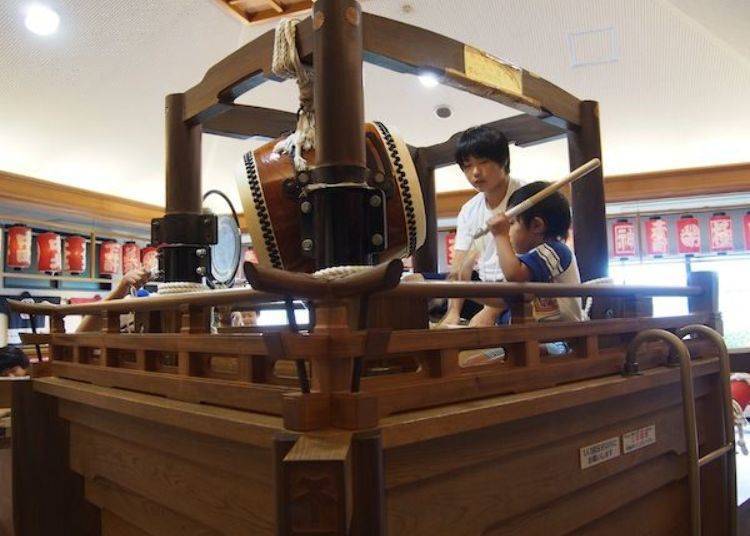 ▲Be a part of the musical accompaniment in the Experience Corner. You can play real drums and gongs on the platform! 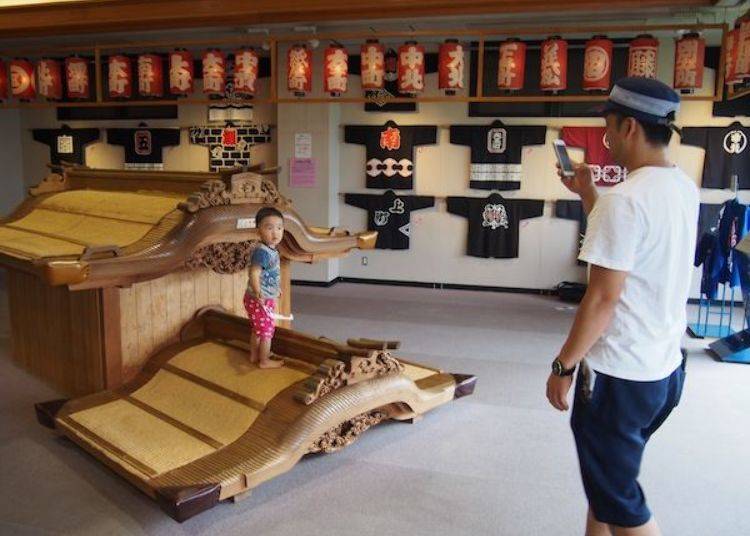 ▲You can also stand on a danjiri roof and act out the role of the daikugata (carpenter), shouting out instructions. 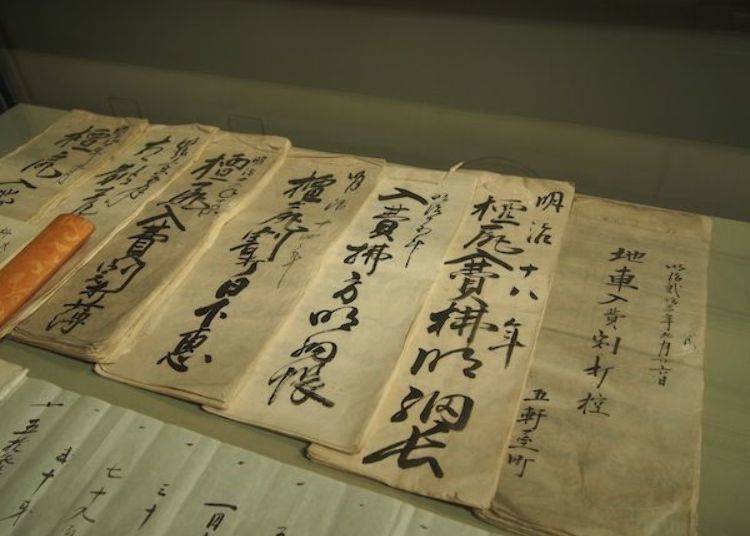 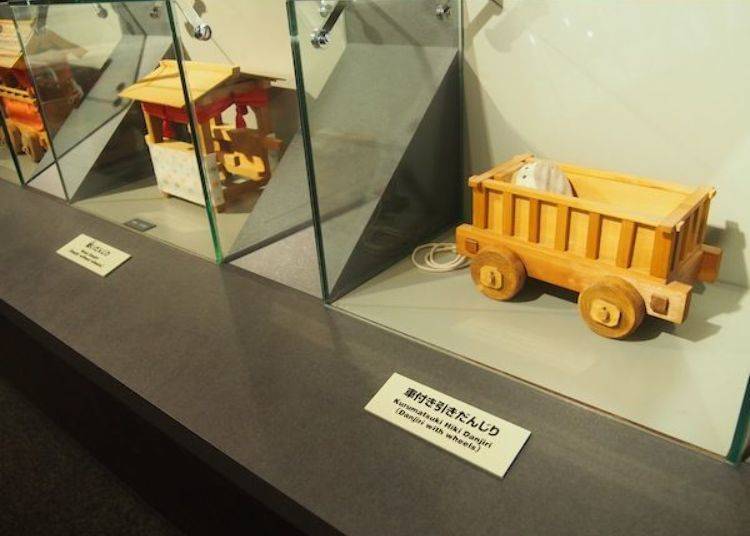 ▲In the library you can see items from the history of Kishiwada Danjiri Festival, and learn about the carpenters and carvers, and the themes of the carvings for the various floats. 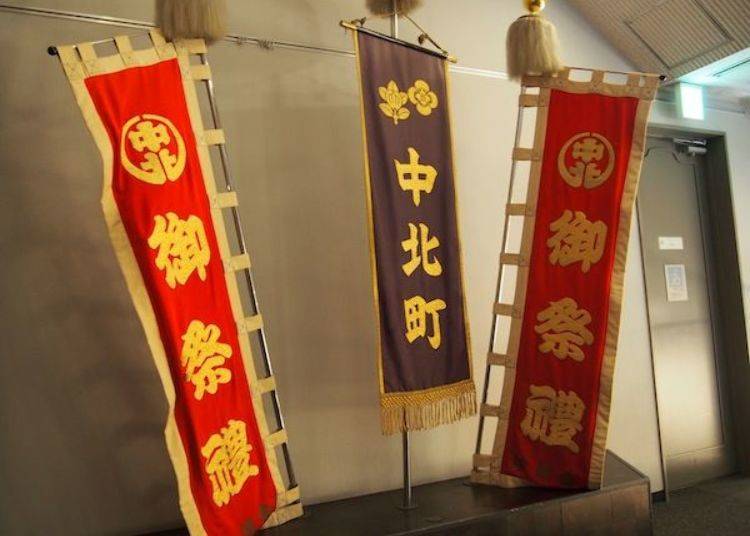 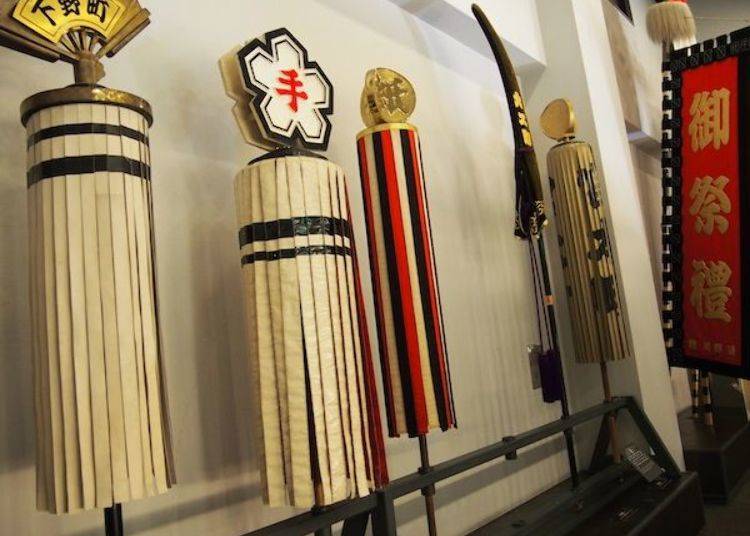 ▲There is a display of danjiri decorations and adornments, as well as the happi coats worn by the different communities, and the paper lanterns and standards.

The highlight of the exhibition is the 3D Danjiri Vision, which you watch with 3D glasses. It’s shot with a 3D camera and it enables you to experience the view from the top of the danjiri as the yarimawashi is performed. 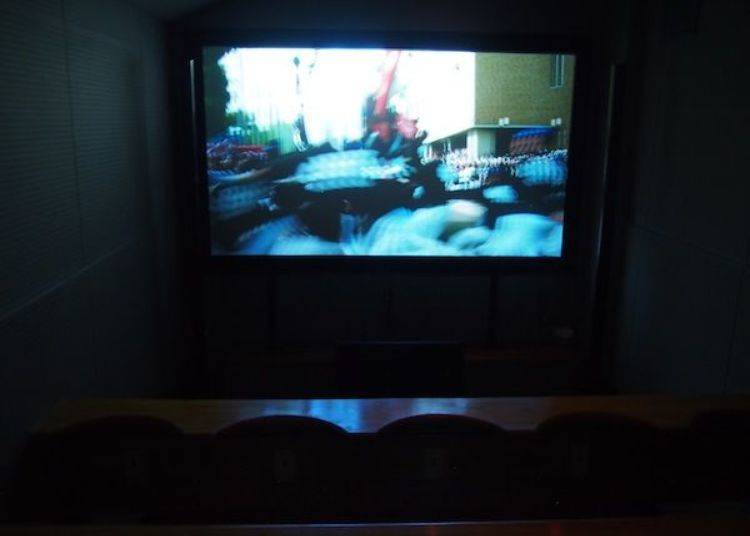 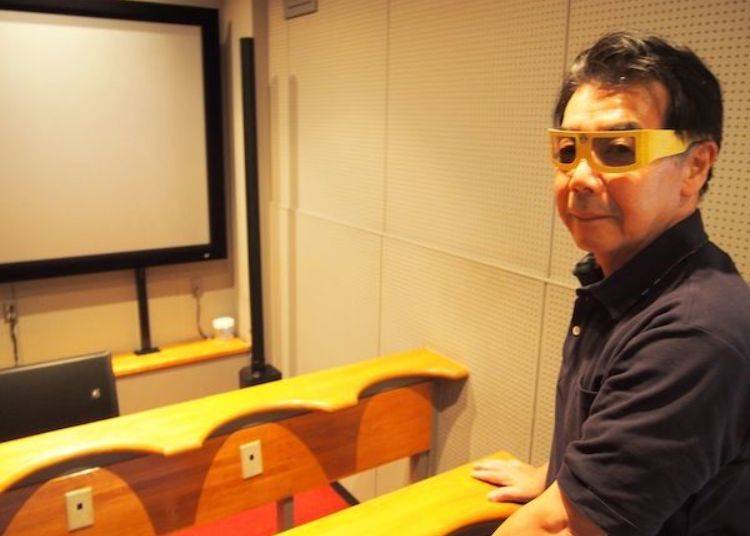 Whether you’re an academic researcher or just someone who loves festivals, you can spend an entire day here without getting bored. 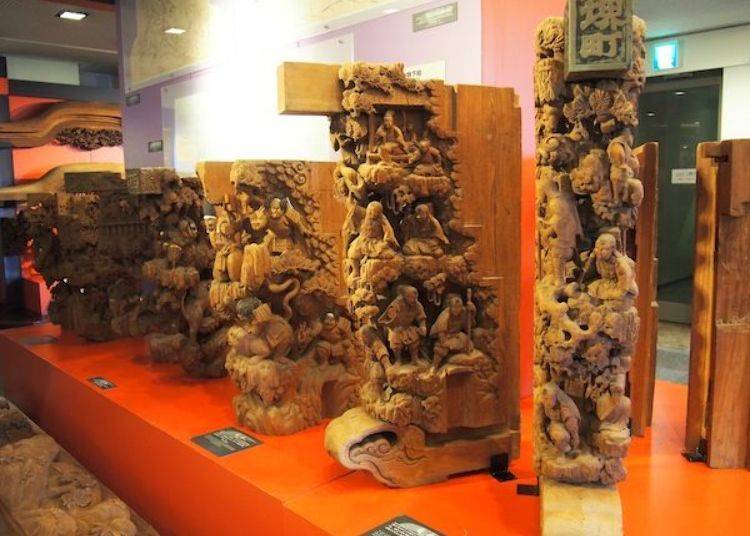 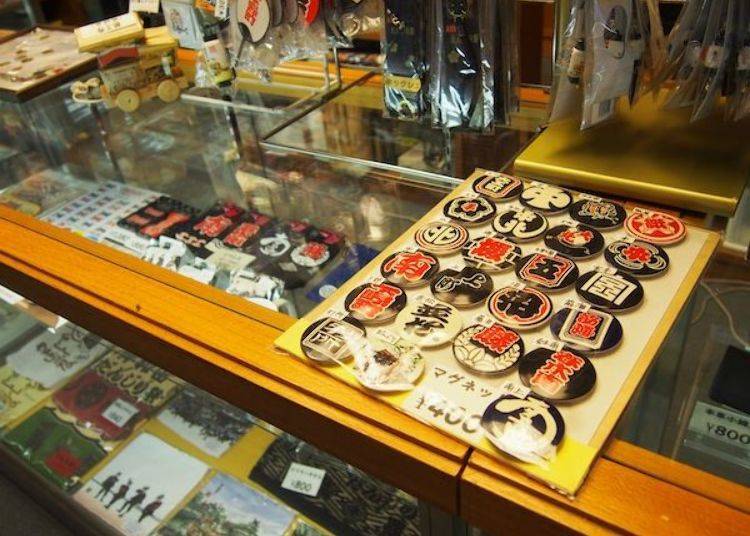 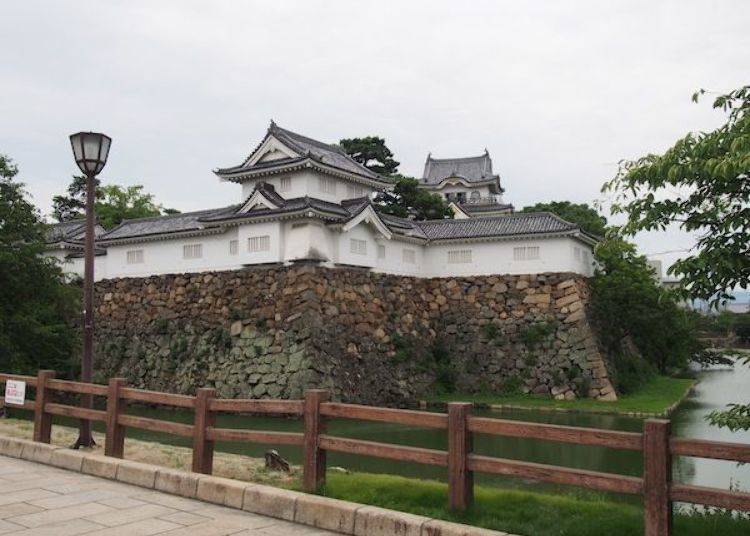 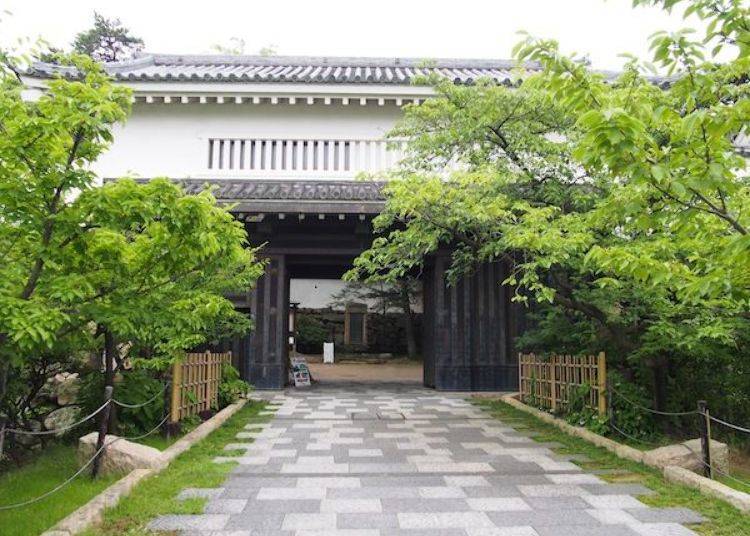 ▲The Kishiwada Danjiri Kaikan is just below the castle. It’s also worth walking along the moat to have a look at the inner section of Kishiwada Castle.

The Kishiwada Danjiri Kaikan is a place where you can get into the spirit of the Danjiri festival all year round. Decide where you think the best place for the yarimawashi is. “This year’s event was amazing!” people cry. “We can’t wait for the festival!” they say. It’s only once a year but it’s not long till the next one now!

Enjoy Kishiwada Castle Walking & Danjiri Festival Tour, Osaka
*This information is from the time of this article's publication.
*Prices and options mentioned are subject to change.
*Unless stated otherwise, all prices include tax.