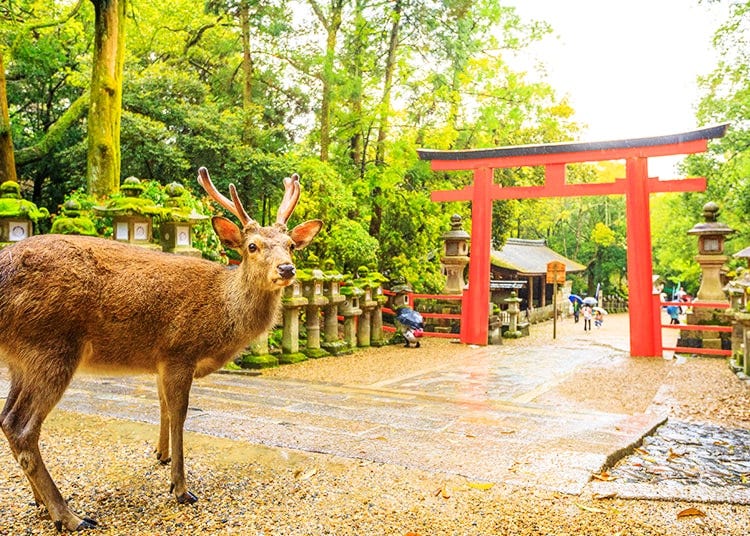 Nara served as the central region of ancient Japan during the Kofun, Asuka, and Nara periods (end of the third century through to the eighth century) where prominent aristocrats held power. Following the bloom of Buddhist culture introduced from China, many historical temples and shrines can be found in this area. The city boasts a treasure trove of historic and cultural resources including World Heritage Sites, national treasures, and important cultural properties.
It is easy to visit via JR or Kintetsu Railway lines because Nara is right next to Osaka, Kyoto, Mie, and Wakayama.

Nara has three World Heritage Sites: the Buddhist Monuments in the Horyu-ji Area, the Historic Monuments of Ancient Nara, and the Sacred Sites and Pilgrimage Routes in the Kii Mountain Range. The area also boasts some 1,323 national treasures and important cultural properties. With numerous Buddhist statues, Nara is the ideal place for lovers of Japanese Buddhist art. 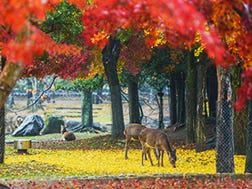 Nara Park features Todai-ji Temple, Kofuku-ji Temple, and Kasuga-taisha Shrine all within walking distance. The nearby Nara-machi includes many beautiful buildings with traditional lattice fronts. Why not drop by the area for a relaxed stroll or a meal?

Ikoma-shi is located in the northwest part of Nara. Mt. Ikoma is just 15 minutes from Kintetsu Nara Station, and was previously a well-known site for ascetic practice. Currently, a cable car service is in operation and an amusement park is situated at the top of the mountain. 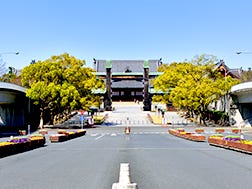 This area is a religious city, and is the home for Tenrikyo, a religion that started at the end of the Edo period (late 19th century). There are many religious facilities in the area, many of which are open to non-followers.

This major event marks the arrival of spring in Nara. The festivities reach their climax on March 12 with the Omizu-tori (Sacred Water-drawing Festival). 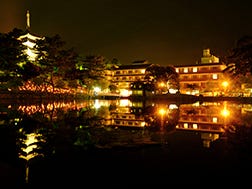 The whole of Nara Park is illuminated by candles during this event, which is an iconic part of summer in Nara.

At this major fall event in Nara, a selection from the numerous treasures stored in Shoso-in are displayed to the public in the Nara National museum. The Shoso-in are raised-floor warehouses in the Todai-ji Temple Great Buddha Hall, and house some of Japan's most prized historical artifacts.

From Kansai International Airport, take an Airport Limousine Bus (operated by Nara Kotsu Bus Lines and Kansai Airport Transportation Enterprise), ride for 90 minutes, and then get off at JR Nara Station or Kintetsu Nara Station.

From Kansai International Airport, take an Airport Limousine Bus (operated by Nara Kotsu Bus Lines and Kansai Airport Transportation Enterprise), ride for 75 minutes, and then get off at JR Nara Station or Kintetsu Nara Station.

From JR Osaka Station, take the JR Osaka Loop Line/Yamatoji Line Yamatoji Rapid Service, ride for 50 minutes, and then get off at JR Nara Station.

From JR Kyoto Station, take the JR Nara Line Miyakoji Rapid Service, ride for 45 minutes, and then get off at JR Nara Station.

Popular things to do in Nara, Ikoma, Tenri