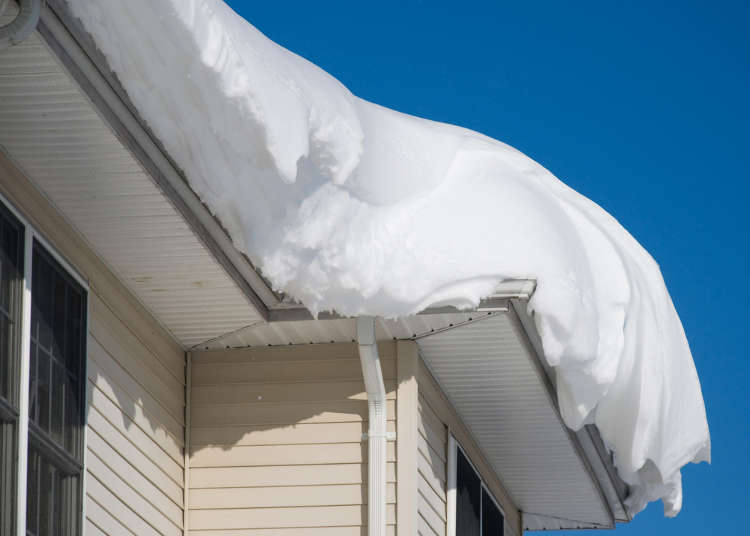 Things that are commonplace to Hokkaido locals might prompt a big question mark by people from countries without snow. For this article, we asked some ex-pats what surprised them about living in Hokkaido as a foreigner. (Below are said individual’s personal opinions.)

1. The explosive sound of piled up snow dropping is a real heartstopper! 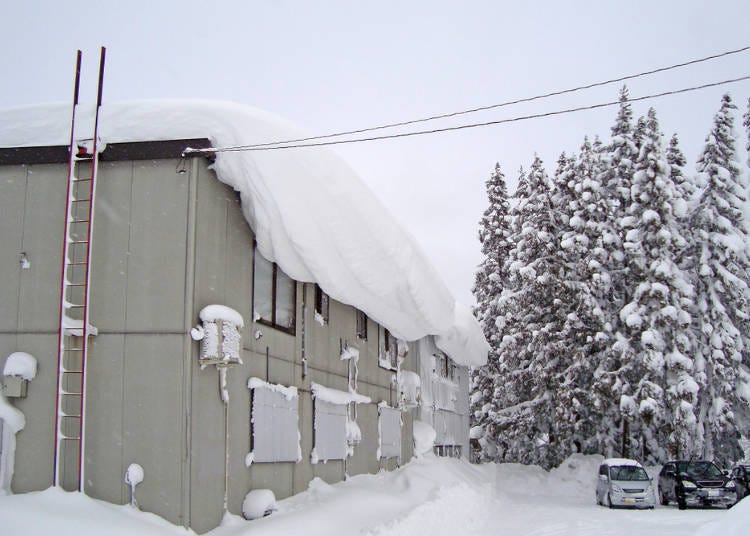 “When I was sleeping at night one day, I was woken up by this thunderous noise from outside. I looked outside and realized it was from the snow that fell from the roof. I hear it’s pretty common in snowy countries, but because the town is normally so quiet, it was shocking!” (Italy/Male)

For those born in areas that don't see much snow, life in Hokkaido can be a bit surprising. In fact, one of the traits they’ll likely point out is the “explosive noise of unknown origin.”

While more recently constructed buildings are designed such that snow doesn’t fall as quickly, older houses are prone to snow falling in a huge mass from the rooftops once it accumulates.

These usually happen between temperatures of -3°C and 3°C. Be careful of this when leaving buildings, not to mention pick a spot that’s further away from the roof edges when parking your car.

2. Surprising efficiency in cleaning up fallen snow in the morning! 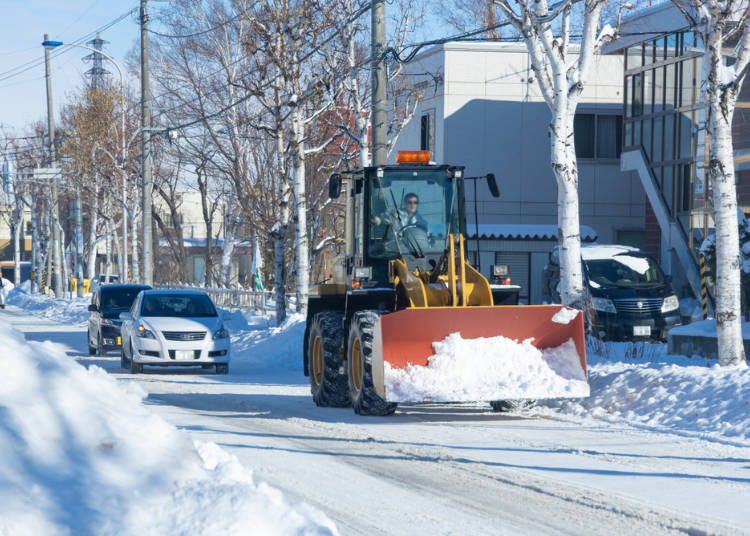 “In Russia, we also get warnings not to leave town when the snow removal will not make it in time, but I was surprised that in Japan, even the non-main roads get timely snow removal services.” (Russia/Female)

In regions where the snow can pile as high as 1 meter, snow removal services have an essential role in protecting utilities.

As it snows at night and dawn breaks, many snow removal vehicles are deployed to clear the roads. While clearing snow generates quite a lot of noise and might be considered hindrances to some people’s sleep, these services are vital in maintaining everyone’s daily lives.

For snow removal right outside houses, each household has its own set of equipment and practices.

3. You can ride bikes on snowy roads!? 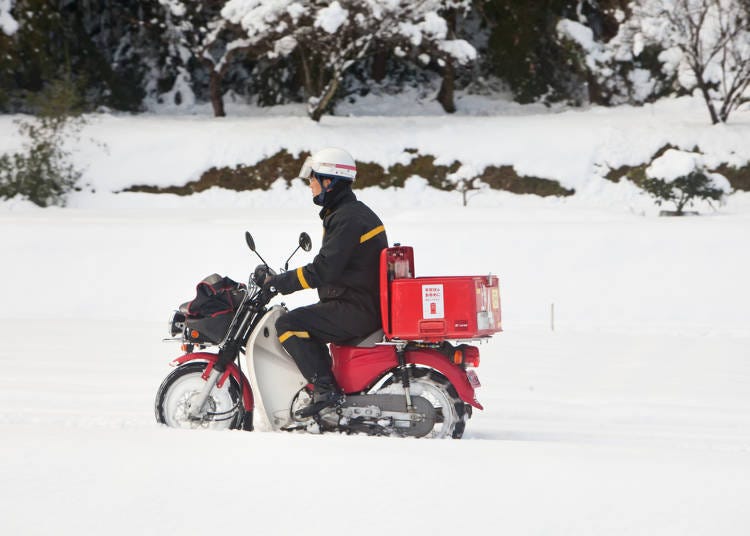 “Seeing the mailman and newspaper delivery people ride their motorbikes on the snow-filled roads made me worry about their safety, but I have never heard any accidents occurring. How do they do it!?” (Indonesia/Female)

Newspaper and mail delivery requires constant stop-and-go, so motorbikes are the preferred mode of transport for delivery services.

By using special tires and chains, they can maneuver the bikes without slipping on frosted surfaces. We often see images of many families riding minibikes in Southeast Asia and the like, but in any case, once you get used to it riding, it’s not as difficult.

4. Living in snowy countries require THAT much expenses!? 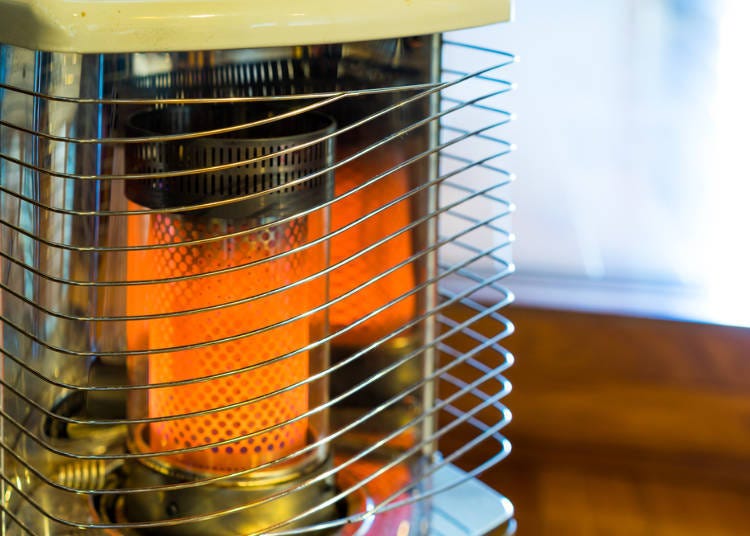 “In my home country, wearing just a T-shirt out is fine due to the weather, but for life in Hokkaido, you need money for additional stuff like winter clothes and heaters.” (Philippines/Female)

In the north of Japan, even hiding under the folds of your blanket will not let you escape from the cold. “Heating expenses” are an essential part of calculating household expenses in this part of Japan, especially winter clothes and home heaters.

Bicycles are also unusable in the winter, so transport fees will also get slightly more expensive, not to mention car owners would need to outfit their vehicles with studless tires. Snowy countries are always said to be more expensive than the norm! 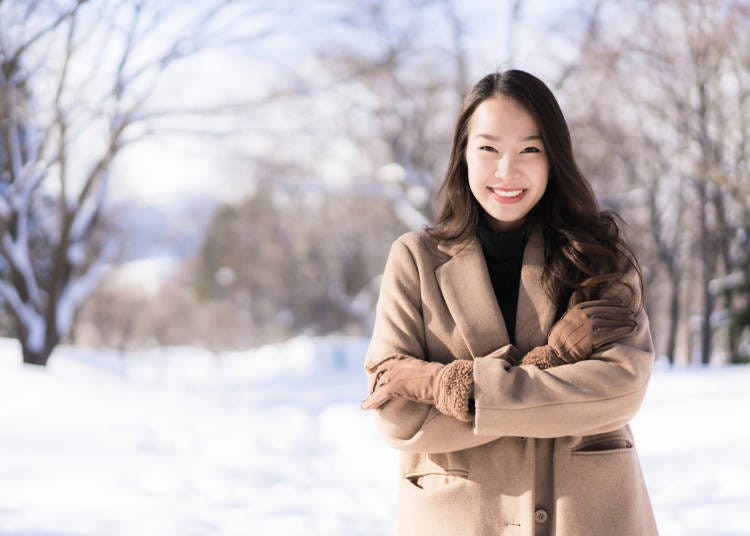 “In Russia, we wear thick coats and gloves to provide complete protection against the cold, but the younger Japanese here wear short skirts and heels even in the deepest cold of winter! Countless times I’ve caught myself asking ‘Are they not cold in that!?’” (Russia/Female)

For Japanese living in Japan who wear jerseys in summer and ski wear in the winter, once they enter high school, they start becoming a lot more fashion-conscious. Many strongly feel, “I want to look stylish in slim clothes,” which started the trend of light wear even in the middle of winter.

While this might be surprising for people living in Hokkaido as a foreigner, likewise the elderly in Hokkaido and the Tohoku region don’t take kindly to these youth, calling them out as “Ifurikoki” (pretentious people). Once they turn 25, though, they start to lose their resistance to the cold and return to using warmer clothing. 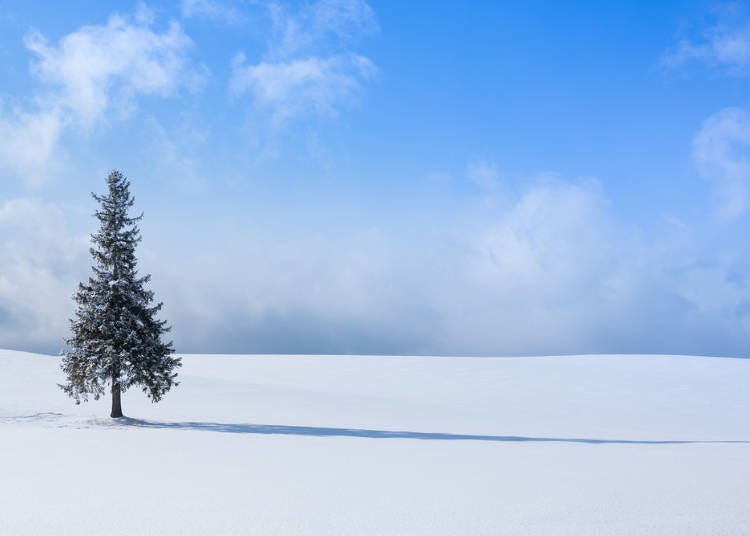 In contrast to those who hail from warm countries, winter life in Hokkaido and the Tohoku area is cold, but what about those from countries even colder than the northern part of Tokyo? We asked them how they found the cold.

“My wife’s hometown sometimes dips to temperatures of minus 40 degrees Celsius, so Hokkaido’s winters feel warm to me.” (Russia/Male)

In the history of Japan, Japan hit a low of -41°C in Hokkaido, Asahikawa, but it has never gone below that. Compared to that, Hokkaido could be said to be warm indeed.

“My country is even further north than Wakkanai, so we get snow even during May. Hokkaido’s cold doesn’t really bother me.” (Poland/Male)

Poland lies more to the north than Wakkanai, similar to Sakhalin in Russia. “If you ever visit Poland in April, prepare winter clothing,” is commonly heard advice.

“My Japanese friends often get surprised when I tell them this, but the northern part of my home country has heavy snowstorms yearly. We even have ski areas.” (Israel/Male)

As embarrassing as it is, I didn’t actually know about snow in Israel either! They even have a ski area called the Golan Heights. Of course there are so many snowy areas around the world, I wonder how different they all are!

Even so, we love northern Japan! 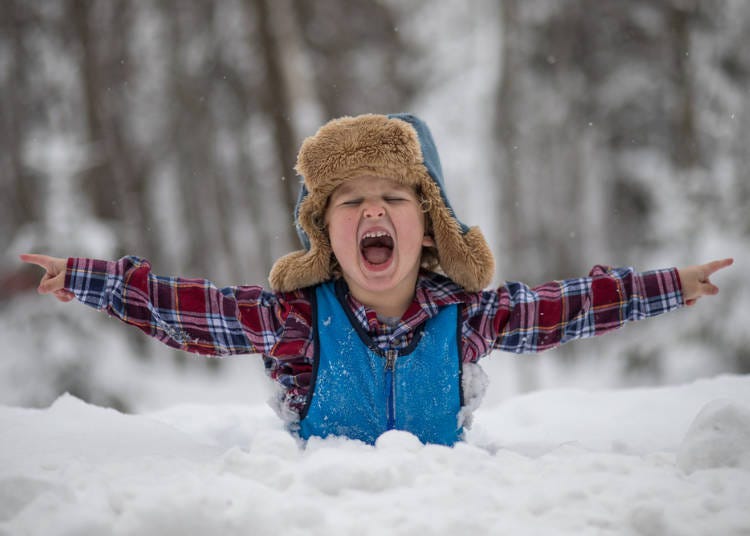 Living in Hokkaido as a foreigner might be a bit surprising for some - and for others it's not much of a change. Half a year buried in snow also grants the opportunity to do many activities you can only do in winter, like building snowmen, skiing, and snowboarding.

While we heard stories of foreigners being surprised about Japan as a snowy country, Japanese also get surprised by foreigners going out in a blizzard in only a T-shirt. Talk about a gap in culture!