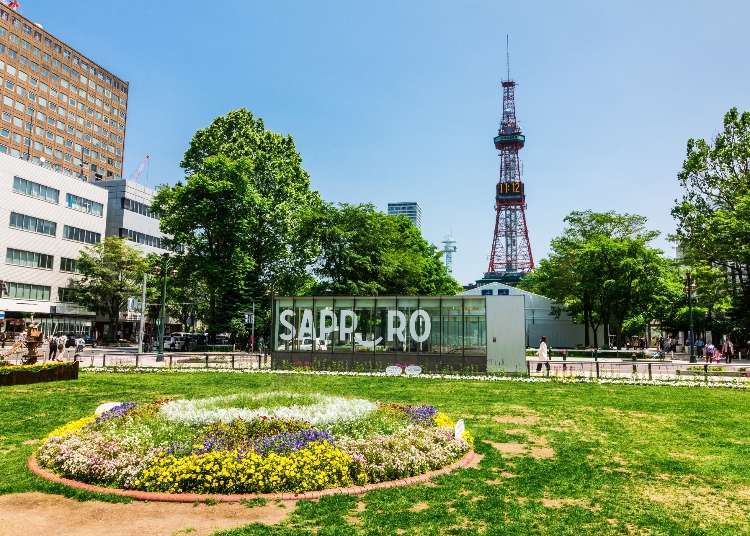 Hokkaido-Ben: Useful Words from the Hokkaido Dialect to Spice Up Your Trip

Even fluent speakers of standard Japanese scratch their heads a little when they come to Hokkaido and hear phrases they have never encountered before in their lives, like namara and menkoi. These words are part of the main dialect spoken in Hokkaido, known as Hokkaido-ben.

As you know, dialects are specific to a particular region and usually deeply connected to the customs and culture therein. When Hokkaido was being developed during the Meiji era (1868 to 1912), people from all over Japan moved to the large northern prefecture and settled there, bringing along with them their way of speech from the places they moved from.

The Hokkaido dialect was born from the intermingling of these different dialects and therefore bears a resemblance to the common tongue spoken throughout Japan, although some regional quirks have also been preserved.

Let's take a look at a list of fun Hokkaido dialect words that you may find useful for your trip! 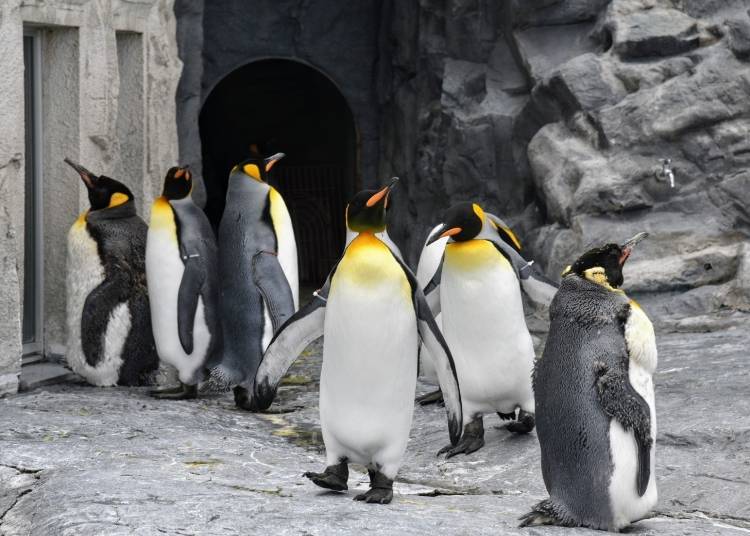 わや (waya)
Used in place of negative interjections like hidoi (terrible), mechakucha (what a mess), or dame (no good).
・Examples:
What a complete mess! - Mō waya! (Usually: Mō mechakucha!)
The amount of snow was terrible. - Yuki no ryō ga waya. (Usually: Yuki no ryō ga hidoi.)

したっけ (shitakke)
This word would replace adverbs and sentence connectors like jaa (well then) or soredewa (in that case) in standard Japanese. It can also be used as a farewell greeting, similar to baibai (bye-bye) or matane (see you again).
・Examples:
Well then, let's go to that shop? - Shitakke ano mise ni ikō ka? (Usually: Soredewa ano mise ni ikō ka?)
See you! - Shitakke! (Usually: Matane!)

(ゴミを)投げる ((gomi wo) nageru)
In standard Japanese, nageru (throw) is mostly used in the context of throwing something around, such as a ball. In the Hokkaido dialect, it specifically means to dispose of something.
・Example:
I'm taking the trash out. - Gomi wo nagete kuru ne. (Usually: Gomi wo sutete kuru ne.)

なんもなんも (nanmo nanmo)
When someone expresses appreciation or gratitude for something you do, you would usually say something like ki ni shinai de (don't worry about it) or chittomo (no problem) in reply, and the Hokkaido dialect version is nanmo nanmo. It's not as formal as douitashimashite (you're welcome), so it will put people at ease.
・Example conversation:
A: I'll send you to the station by car since it's snowing.
B: Thank you!
A: Nanmo nanmo!

〜さる (saru)
This conjugation modifies a verb to indicate the action is happening without the person's permission or intention. Occasionally, it is also used to express a potential action, much like [verb]+dekiru (can do [verb]). The plain past tense form of this conjugation is [verb]+satta (could do [verb]).
・Examples:
I didn't mean to press the button. - Botan ga osasatta. (Usually: Osu tsumori wa nakatta kedo, botan wo oshite shimatta.)
This pen can still write. - Kono pen, mada kakasaru yo. (Usually: Kono pen, mada kaku koto ga dekiru yo.) 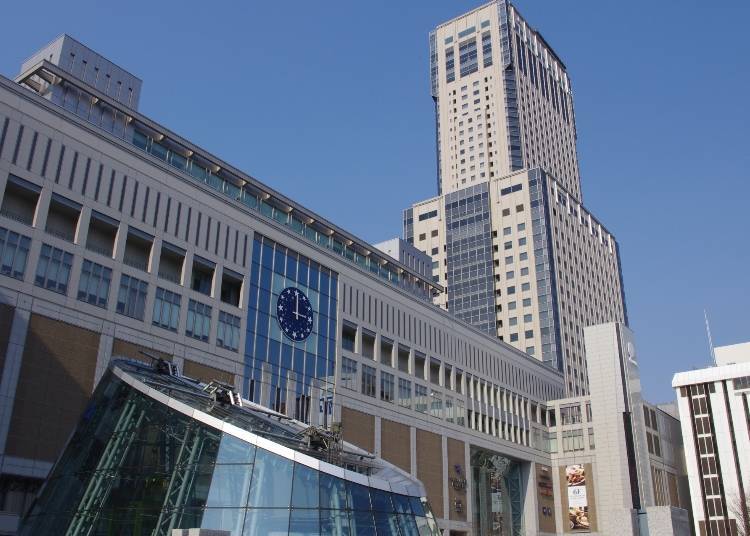 あずましい (azumashi)
This adjective describes something that is comfortable or calming. The negative plain form of this adjective is azumashikunai.
・Examples:
The hotel room is comfortable. - Hoteru no heya ga azumashii. (Usually: Hoteru no heya no igokochi ga ii.)
It's noisy around here it makes me restless. - Mawari ga sawagashikute azumashikunai ne. (Usually: Mawari ga sawagashikute ochitsukanai ne.)

おだつ (odatsu)
It means to get ahead of yourself (chōshi ni noru), get carried away (hashagu), or be overly playful (maiagaru). It's usually used on children to caution them about their conduct.
・Example:
Don't get carried away just because we're on a vacation. - Ryokō ni kita kara to itte, anmari odatsun janai yo. (Ryokō ni kita kara to itte, amari hashagun janai yo.)

しゃっこい (ひゃっこい) (shakkoi)
An adjective to describe something that is cold to the touch (tsumetai).
・Example:
The river water is cold. - Kawa no mizu ga shakkoi. (Usually: Kawa no mizu ga tsumeitai.) 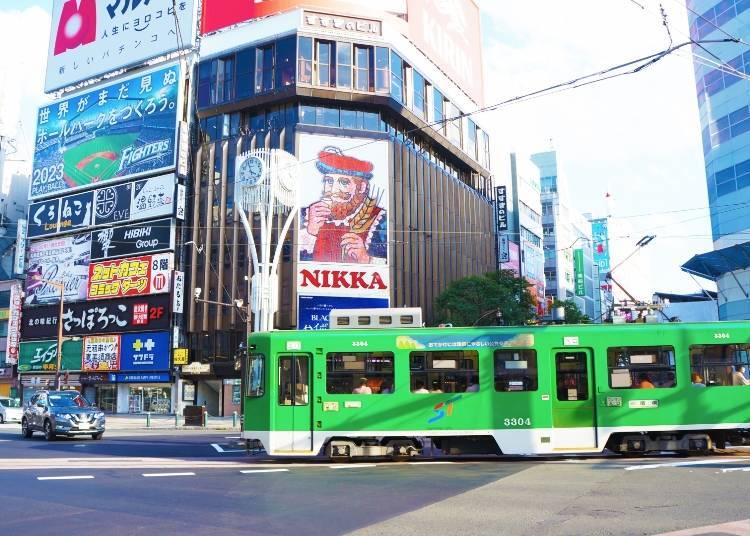 サビオ (sabio)
This is actually the brand name of an adhesive bandage. There are many other brands, of course, but Sabio is the most well-known name in Hokkaido, so to many Hokkaido residents, Sabio has basically become synonymous with adhesive bandages, much like how the brand Band-Aid has become a generic term for the same for English speakers.
Although Sabio has ceased production since 2002, people are still using the name to refer to adhesive bandages even today!

ハイヤー (haiya)
Taken from the English word "hire" and used as a noun instead of a verb, it mainly refers to vehicles that only accept advanced reservations instead of cabs that can be flagged down from the roadside.
These services are pricier than cabs and customers are usually transported around in comfortable luxury cars. In Hokkaido, however, many people use taxis and hires interchangeably. So don't be surprised if someone says they'll grab a hire for you, only to see a rickety old taxi roll up after the fact!

ゴミステーション (gomi-station)
The garbage collection zones in Hokkaido residential estates are known as gomi stations (trash stations). When someone mentions bringing the trash out to the trash station, or asks you to do so before the garbage truck comes, that's what they're referring to.

そだねー (sodane)
A common phrase often heard in standard Japanese is sо̄dane, with an elongated o vowel sound. In Hokkaido, instead of stressing the o vowel, the end of the phrase is lengthened instead, and the whole phrase is spoken in a flat tone.
When the athletes of the Japanese women's curling team LS Kitami used this phrase in the 2018 PyeongChang Winter Olympics, its unique intonation caught the attention of many and it became a hot topic online for a time!

The Hokkaido dialect and Ainu language are different languages 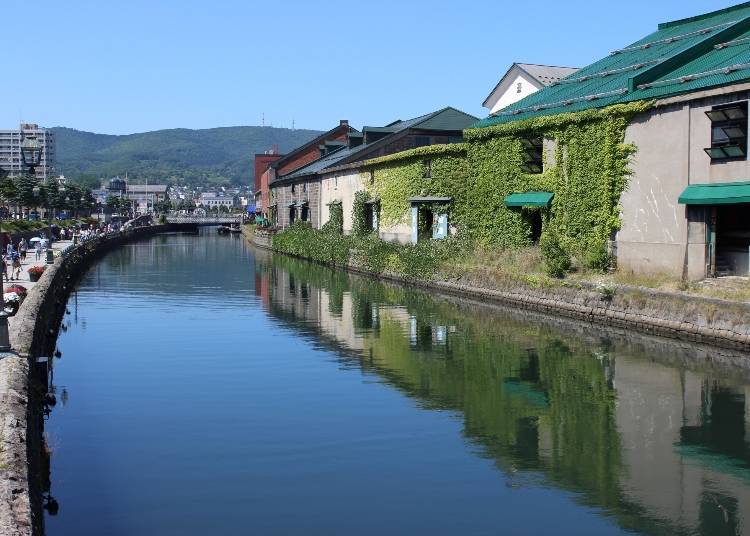 Many of Hokkaido's place names have roots in the Ainu language, a language spoken by the indigenous group of natives who would give names to lands and rivers based on their geographic characteristics.

Those names were then given Japanese words that sounded like the original and had a similar meaning, and the result is the names we see today.

About 80% of Hokkaido's cities, towns, and villages originated from the Ainu language. For example, Otaru's Ainu name was Ota-or-nai (river through sandy beach), and Sapporo's was Sat-poro-pet (dry-big-river).

Nevertheless, each one is interesting in its own way, so when you next swing by Hokkaido, take some time to study both the Hokkaido dialect and Ainu language and see if you can learn something from them!

We hope this has helped you to use and understand the Hokkaido dialect in both daily life and during a trip here!

Text by: Minna no Kotobasha
*Information in this article is accurate as of April 2021.

Visiting Hokkaido Japan: 11 Essentials to Know Before Traveling to Japan's Wild North!
'I Can't Feed Them?!' 7 Hokkaido Travel Manners Tourists Always Forget in Japan's North
Kansai-Ben: 18 Fun Kansai Dialect Phrases To Use When Visiting Osaka!
*This information is from the time of this article's publication.
*Prices and options mentioned are subject to change.
*Unless stated otherwise, all prices include tax.