HOME 'Japanese Drivers Are So ____!' Weird Things That Shocked Foreigners About Japan's Transport 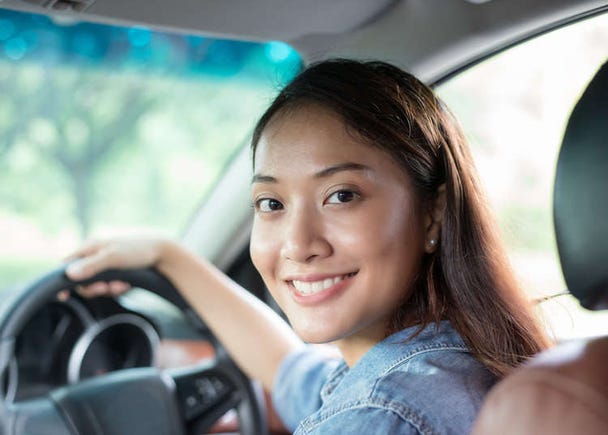 'Japanese Drivers Are So ____!' Weird Things That Shocked Foreigners About Japan's Transport

When you set off for a holiday, one of the best ways to see some of the lesser-known sights is to rent a car and just go for a drive. So it’s not surprise that plenty of overseas visitors do just that in Japan – but is it the same as driving back at home? Here were some of the weird things people found while driving a car in Japan.

(The following reflects only the opinion of those interviewed)

You can't turn right at a red light!? 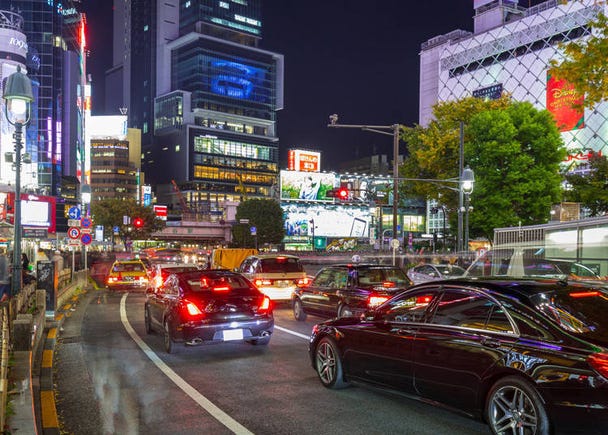 “It's hard to get used to driving on the left side. In my home country, it’s easy to turn right even at a red traffic light, whereas in Japan I have to keep an eye out for the right-turn arrow, and there are intersections where I can’t even turn right! It’s also weird that Japanese people use horns and hazard light to express their gratitude, and say ‘Thank you.’ In my country, it’s used in more negative way, or in an emergency, so at first I was confused by this difference. When I want to say thanks back home, I make eye contact and raise my hand instead.” (American man)

“There’s this image that Japanese people always obey the rules, so I was really annoyed when I found that so many people cycle on the pedestrian route. I was also surprised that the regulations for child seats are a lot more relaxed than back home. In Germany, children under 12 years old or under 150cm tall must have child seats. " (German man)

"It was a bit of a shock to drive on the left! Also, I often hear horns in China, but I don't hear them much in Japan. Japanese drivers are so quiet. Aside from that, the roads seem very narrow, there are many roads in China that are made up of three lanes on just one side.” (Chinese woman)

In Japan, if the light is red you can’t move anywhere. It seems that in some countries this idea is not the same, and turning has a few different rules. In contrast, some visitors to Japan might be surprised that when the green man is lit, cars can still turn and drive over the crossing.

I've also heard that British people are surprised and a little confused about the order of the traffic lights. Generally, traffic lights in Japan will change from green to amber to red. Then, they turn from red straight to green. But in the UK, the amber lights come up again before turning back to green. The Brits felt that it was a good way of indicating to the driver to get ready to go, and found it odd that didn’t happen in Japan.

How can the platform be this far away?! 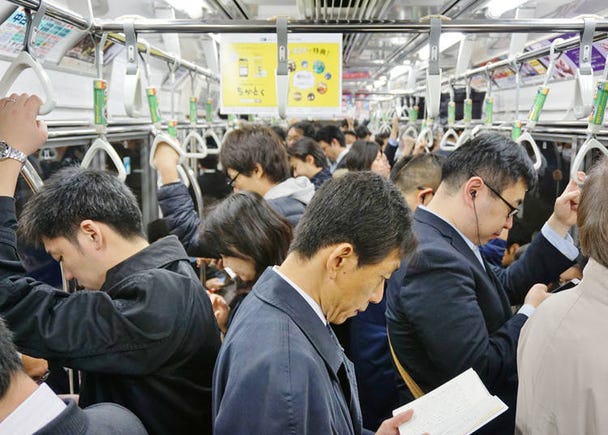 “In Japan everyone neatly lines up on the platform to wait for the trains – it was amazing! I was so surprised to see lines marked out on the platform for people to follow. I was also surprised to find that there were women-only trains. Of course, there are different ways of thinking around the world, but this is something that would never fly back home. I was also taken aback by how packed the trains get. Japan generally seems safe so I suppose it’s not that much of a problem, but just seeing it kind of freaked me out.” (American man)

“I was so surprised that there were many people who actually gave up their seats to the elderly and pregnant women. Japanese people are so kind! But there were some confusing things too. One is that the distance from the entrance to the platform of some stations is so long, it feels like a maze. Another is that I got quite confused between the ‘Rapid’ and ‘Express’ trains, and I wasn’t sure which trains would get me to the right station.” (German man)

“I knew a little bit about Japan’s train manners from a friend, but when I got here, there were so many things I hadn’t realized. For example, I had to wear my backpack on my front on the train, and people generally move out of the way to let people on and off the train.” (Chinese woman)

One of the biggest things people talk about regarding Japan’s trains is how incredibly on time they are. As a Japanese national myself, I feel it’s totally natural for the trains to be on time, but that doesn’t seem to be the case elsewhere!

Most of our interviewees also expressed confusion about the train stations themselves. To be honest, even Japanese people get lost when they have to take a new route somewhere, so I found myself nodding along to this point! Our German interviewee also mentioned that the stations in the city center are like a labyrinth, and that it’s sometimes even difficult to find the ticket barrier.

In regards to the confusion about different trains though, recently, Japan has started to implement announcements in other languages, such as English, Chinese, and Korean. There is also an increase in the number of staff who can answer questions in foreign languages.

I think many Japanese people have at least once seen a person sleeping on the train. But I had no idea that this was considered concerning abroad. Internationally, sleeping in public places is considered dangerous because your belongings may be stolen while you sleep. In Japan, as our American interviewee said, because of the sense of security, people feel less vulnerable to theft while sleeping on trains here. However, this might come as something of a shock to visitors! 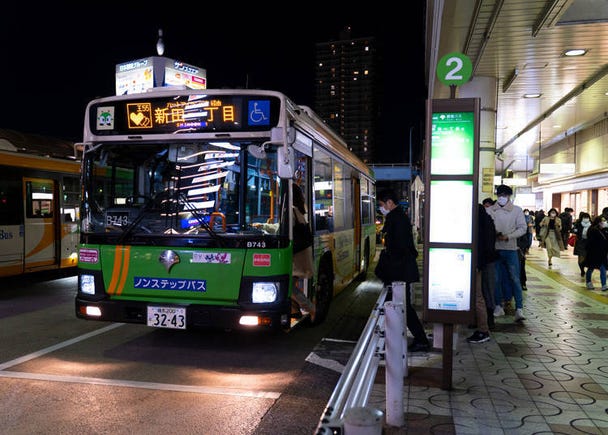 "It's very helpful because it's almost always on time. It was also nice to have an armrest – luxury!" (American man)

"Japanese buses are always quiet. In Germany, people talk on the phone, eat, and even drink on the bus, so I was quite surprised!” (German man)

"I thought that the fare for the bus was pretty high. But the timetable is written on the bus stop, and the bus is almost on time, so I was impressed by that.”(Chinese woman)

Our interviewees also mentioned that they were a bit confused by how to pay for the bus. Internationally there are of course a ton of different ways to do it, but generally in Japan you pay by tapping your prepaid card as you leave the bus. Otherwise you can take a ticket as you get onto the bus and pay by cash at the end. But it can be a bit confusing, because you don’t usually get on at the front of the bus either!

But most of our interviewees were happy with how timely the buses and trains were, so I’m glad to hear that!

Make sure you know the rules before heading out! 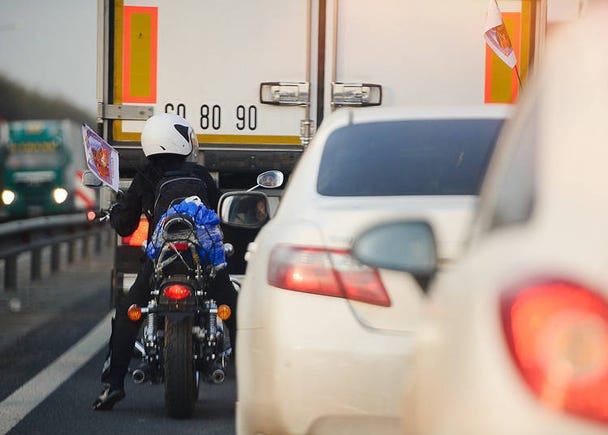 There are major differences in traffic conditions between Japan and overseas. I’ve heard of visitors getting into trouble or even accidents because of a lack of awareness. Of course, it’s difficult to get used to manners and rules when you’ve been so used the ones in your home country, but to avoid an accident it’s most certainly best to read up a bit before getting behind the wheel of a car, or having a fright when renting a bicycle.

If you’re interested in learning more about how to drive in Japan, have a look at our other articles below.

Renting a Car in Japan: What you need to know
10 Weird Tips About Driving in Japan: Looks Like a 'Yield' Sign, But Means 'Stop'?!
Driving in Hokkaido: Japanese Traffic Rules You Need to Know
*This information is from the time of this article's publication.
*Prices and options mentioned are subject to change.
*Unless stated otherwise, all prices include tax.