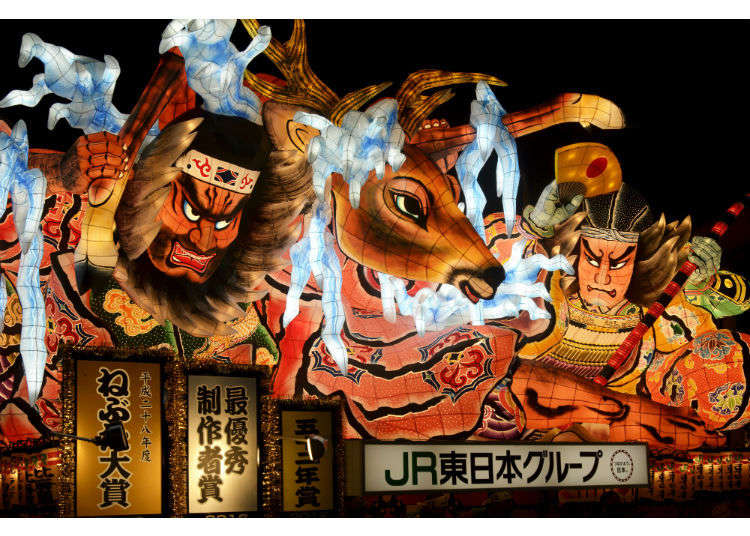 Located in the northeastern part of Honshu, the biggest of Japan’s main islands, lies the Tohoku region, known for its beautiful nature, cold winters, and many hot springs. During the summer though, the Tohoku area is painted in vivid colors by the Thee Great Festivals of Tohoku, when massive lanterns are balanced on dancers’ backs, colorful floats illuminate the night, and two star-crossed lovers finally get to meet... 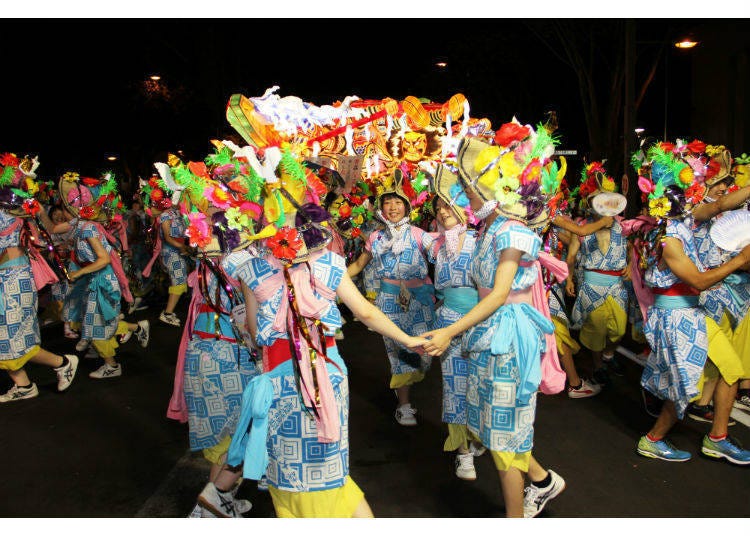 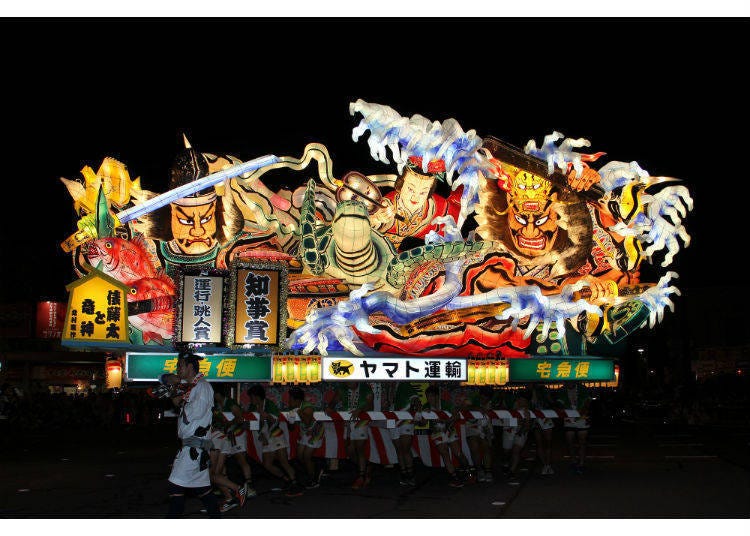 August 2nd (Wed) to August 7th (Mon) 2017
* Held on the same schedule every year, regardless of the day of the week.
* The festival is held on rainy days as well, apart from August 7th.

Surrounded by the vividly dressed Nebuta dancers called haneto are the famous colorful Nebuta floats in Aomori City, paraded through the streets and accompanied by the typical chants and shouts of the dancers: rassera, rassera! The characteristic glowing floats of the Aomori Nebuta Festival are all based on historic legends and figures, and each is hand-made over a long time by a master craftsperson. Held from August 2nd to August 7th, it is one of Tohoku’s main summer attractions and draws in crowds from all over the country with its enigmatic, lively atmosphere. 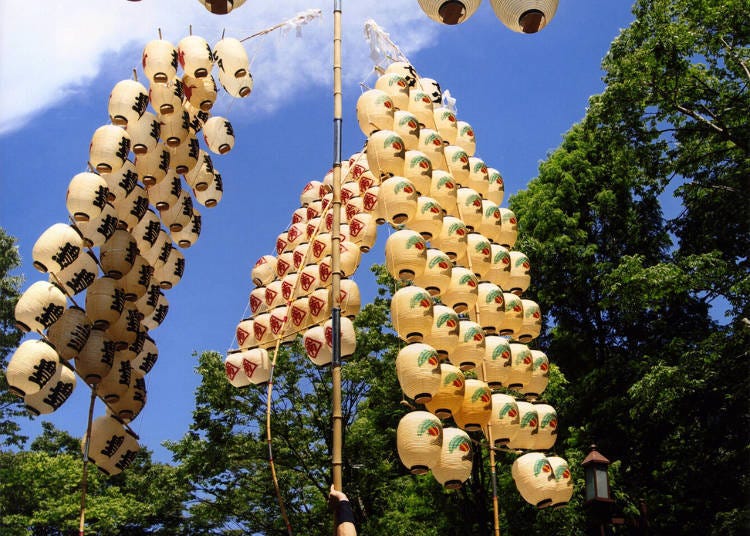 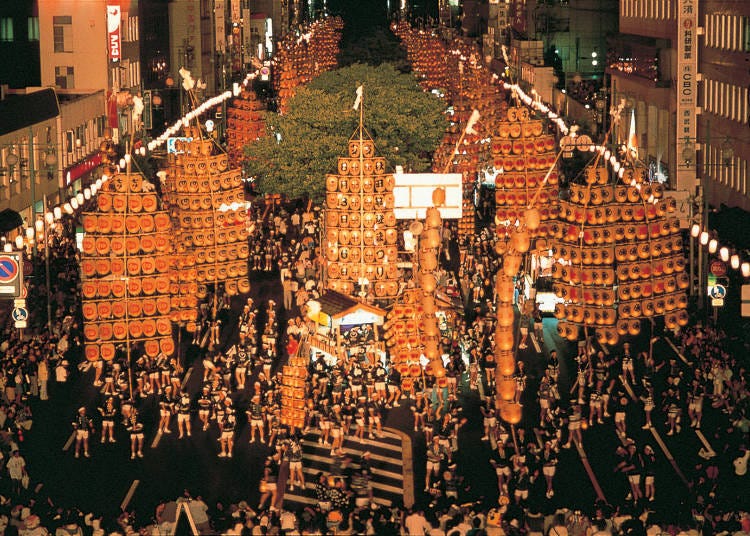 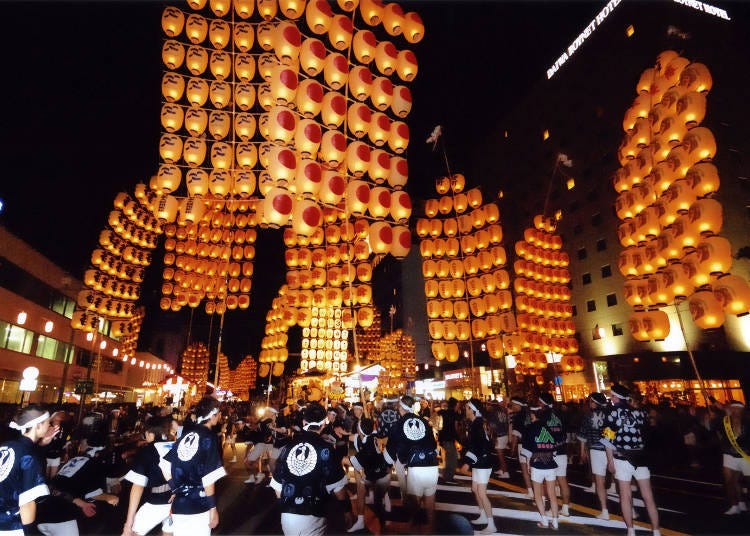 August 3rd (Wed) to August 6th (Sun)
* Held on the same schedule every year, regardless of the day of the week.
* The festival is held on rainy days as well.

Held in Akita City of Akita Prefecture, the Akita Kanto Festival is a particularly thrilling event – skilled participants balance tall wooden poles adorned with numerous paper lanterns on their backs, shoulders, and forehead. The poles are called kanto, the name givers of this festival, and one such kanto can weigh up to 50 kilogram! This festival is known for its particularly long and rich history, with its prototype said to date back to the mid-18th century. 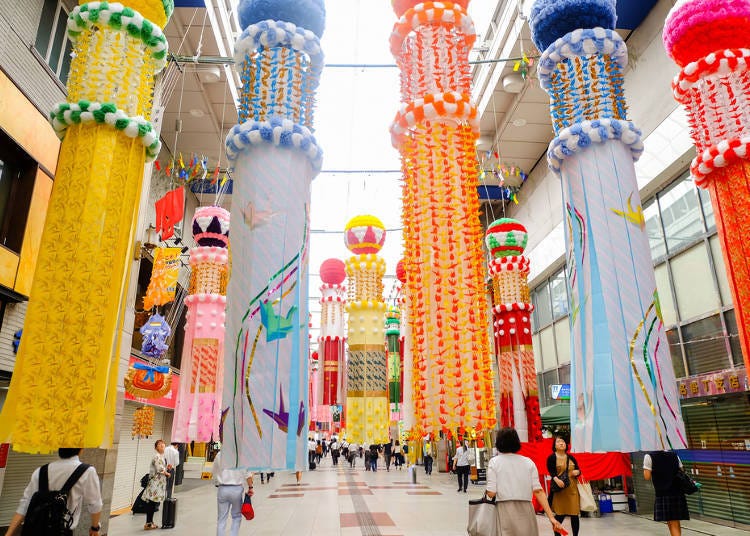 August 6th (Sun) – August 8th (Tue) 2017
* Held on the same schedule every year, regardless of the day of the week.
* The festival is held on rainy days as well.

Originating as a festival of bamboo decorations, the Tanabata Festival, also called the Star Festival, was traditionally held on the 7th July every year, in accordance with the old lunar calendar. The Sendai Tanabata festival is held from the 6th to the 8th of August, however, and during this time the entire city is adorned with large bamboo decorations of 10 meter height!
More than two million tourists flock to Sendai each year to celebrate the meeting of two star-crossed lovers, two deities who are not allowed to meet each other but once a year. This festival is as atmospheric as it is lively and an inherent part of every Japanese summer.